A family torn apart by tragedy dissolves into abuse and neglect in this creepy, beguiling debut. 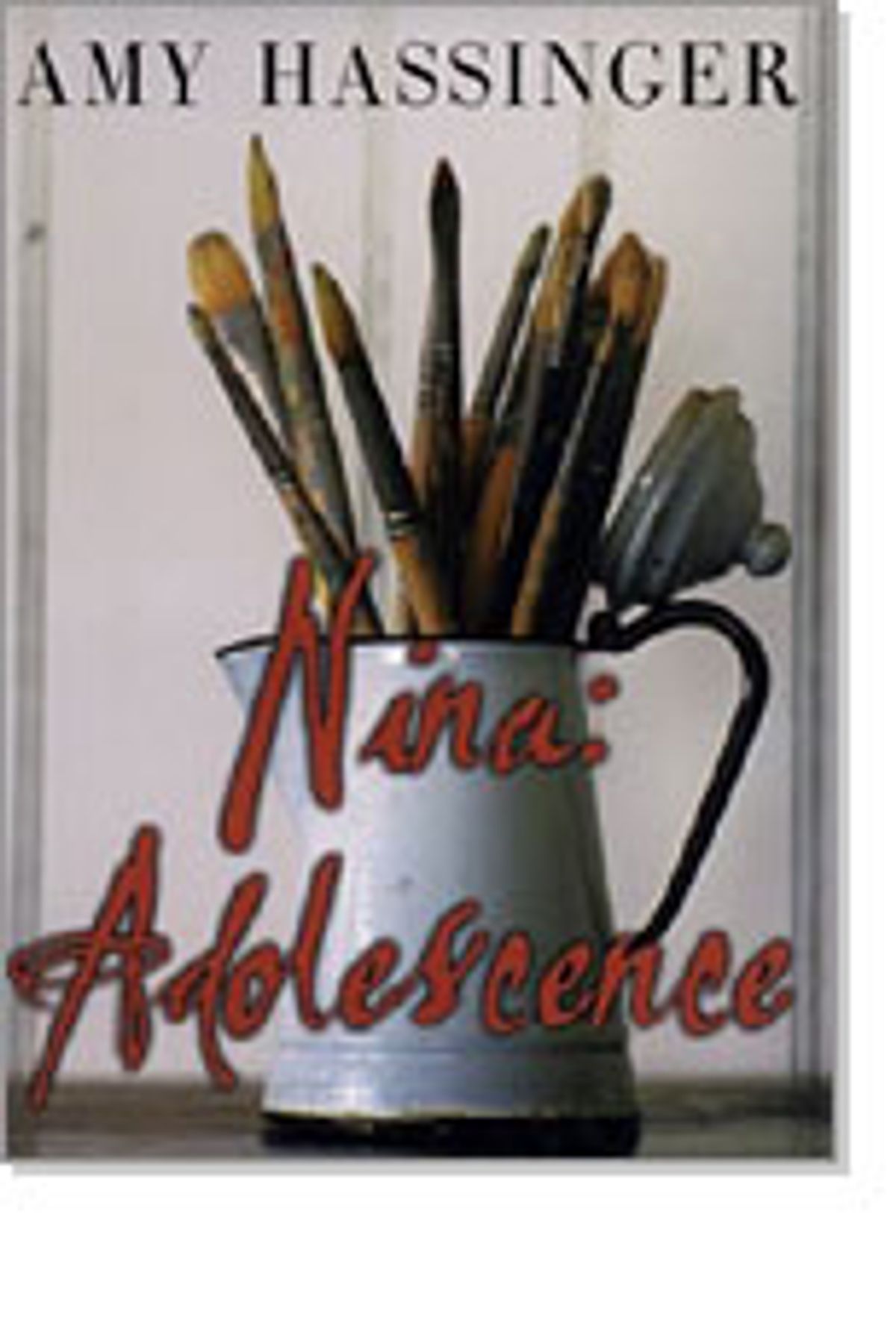 It occurred to me at some point near the end of "Nina: Adolescence" that the novel might be creepier than author Amy Hassinger realized. After her teenage heroine, Nina, suffers immeasurably at the hands of those around her -- mainly, those who should protect her, her parents -- Hassinger eases the novel into a somewhat optimistic resolution. Various messes are tidied, the fumbling adults pull themselves together, Nina, it seems, will survive. But when I closed the book, I couldn't shake the book's chill, or the pit in my stomach created from its onset: the accidental death of Nina's younger brother.

"Nina: Adolescence" opens with the drowning of 4-year-old Jonas in the Begleys' backyard pond. Nina, 11, is watching him while their mother, Marian, a talented artist, runs inside to get the phone. Nina bends down to pick up a pretty piece of glass in the water. "She held it up to her eye to see if it changed the way the world looked," Hassinger writes. "She saw a quiet pond, tinged green, blurred by the thick glass. She did not see Jonas." There is nothing melodramatic about Jonas' death; he drowns and dies quickly, Marian tries to administer CPR, an ambulance takes him away, leaving Nina alone -- a prospect she will continue to face in the years to come.

Marian withdraws from the world into her bedroom, until one day, about a year later, when Nina cleans out her mother's attic studio and leads her upstairs. Marian decides to paint again, and that she wants to paint Nina, in the nude, as her body develops and changes. Nina, desperate for attention -- for anything -- from Marian, dutifully agrees, modeling after school, holding poses for hours, doing whatever her increasingly demanding mother asks of her. When Nina's father, Henry, protests that she might be tired, Marian ignores his pleas. Henry grows angry that Marian decides to show the series of nudes (right, called "Nina: Adolescence") in a Boston gallery, worrying that such inviting portraits of his now 15-year-old daughter will attract the advances of predatory men. Marian dismisses him as if the thought never occurred to her.

It's obvious that not much occurs to Marian, least of all the concerns of her husband. As for Nina, she becomes more of a model for her mother than a daughter, a statue of flesh. And she soon succumbs to the charms of adoring older men who find the image in Marian's paintings an open target. One man in particular, Leo Beck, a magazine writer and old friend of Marian's who wants to write about the mother-daughter team, becomes enchanted by the girl, and soon the 36-year old man asks Nina to pose for him too.

All of these events hammer on at an unwavering pace, each moment -- even those that Nina spends dancing and smoking cigarettes with her friend, Raissa -- seems to be driving to yet another disaster. There's also a sly sensuality to Hassinger's prose, and her attention to Nina's body can be as loving as it can be ominous.

"Nina: Adolescence" is Hassinger's first novel, and I still think the ending too neat and comfortable for her dark and fascinating premise. But Hassinger deserves credit for writing a truly penetrating book. At first, one expects "Nina: Adolescence" will follow the familiar path of novels about grief, and families torn apart by it. But what's surprising is how the novel surges forward like a quiet thriller, with Nina at the center, nakedly vulnerable to the forces of grief, neglect and abuse. Hassinger manages to take the utter confusion of growing up -- of nearing independence yet desperately needing the guidance of others -- and exaggerates that feeling of terror tenfold, stretching each tremulous moment as thin and penetrable as Saran Wrap fitted over a bowl.

In one of the truest scenes, when Nina unravels, Hassinger perfectly captures the kind of desperation particular to young people. Nina asks Raissa to kiss her, and upon rejection frantically takes off her shirt, holding her breasts in her hands. "It's OK," Nina says. "Here ... Feel." And the more Nina assures the bewildered Raissa, and I suppose herself, that "it's OK," the more we're convinced and disturbed -- thanks to Hassinger's deft pacing -- that at least for now, nothing in this young woman's world is OK at all.

Next: A roundup of our favorite books this summer