The exciting new translation of "The Red and the Black" blasts Stendhal into the 21st century. 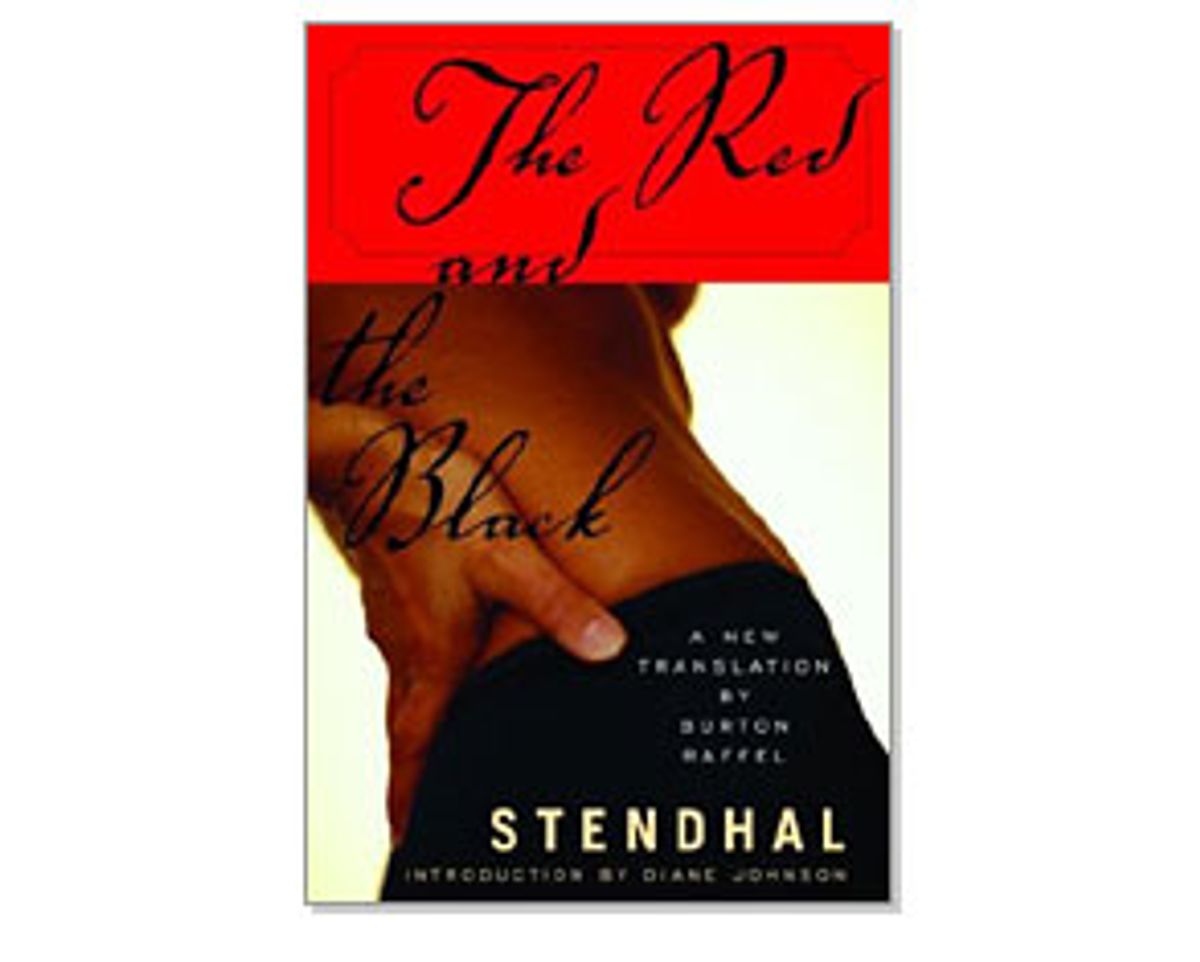 "I will be famous around 1880," boasted Marie Henri Beyle to posterity sometime around the beginning of the 19th century, with full knowledge that nosy critics would one day be poking around in his private diaries. "I shall not go out of style, nor my glory go out of style."

The author more commonly known as Stendhal was off by a decade or so. The first of his many revivals began around 1860, spurred by the writers whose audiences he had helped create. First Balzac, who, exulting over one of Stendhal's two great novels, "The Charterhouse of Parma," wrote, "If Machiavelli had written a novel it would be this" (that was a compliment). Then Zola, who proclaimed Stendhal "the father of us all" (an odd tribute to a man who never married). Only Victor Hugo, with no idea that Walt Disney would someday turn his own most famous creation into a cartoon musical, dared to write, "Stendhal can not last."

Stendhal, the French novelist with the German pen name and the Italian temperament, has already outlasted all of his contemporaries and very nearly everyone who has come along since. He is the novelist who always seems contemporary without having ever been in vogue. Today, he resists critics' attempts to classify him as one of the Romantics; he seems to have almost nothing at all in common with Byron, with whom he walked the streets of Milan, and is only slightly less at home in the company of the great "social" writers of the later 19th century who would claim him for their ranks. (Stendhal would have considered their politically engaged novels to have been a giant step in reverse. "Politics, set among the imagination's concerns, is like a pistol shot fired at a concert," he wrote, a line he liked so much he worked it into both "The Charterhouse of Parma" and "The Red and the Black.")

Nietzsche called him "the last of the great French moralists"; more than a century later he may seem to us more like the first of the great French moralists. His best English-language biographer, Matthew Josephson, thought that he played "the good European" long before that role was widely appreciated. But Stendhal was condescending toward the Germans, loathed the English ("Nothing can equal my love for English literature, except my repugnance for Englishmen"), and was contemptuous of his French countrymen. The Italians? Well, they named a street after him in Milan and even gave him a bust in La Scala, but at least one Italian writer complained angrily that "Stendhal loved everything that we detest about our country." It's not surprising that no "good European" nation has ever claimed him; he didn't write for good Europeans.

Who would claim such a failure, one whose books were out of print when he died?

Not lovers of great adventure novels. Though deputy commissary Beyle fled with Napoleon and the Grand Army in the horror-filled retreat from Moscow, he never made mention of it in his fiction. (He did write a terrific chapter on the Battle of Waterloo, which he did not see, for "The Charterhouse of Parma.") Not feminists; his unclassifiable book on seduction, "Love," is gravid with tips for young sexual predators such as "Glances are the big guns of the virtuous coquette" and "A long siege humiliates a man but ennobles a woman."

Certainly not admirers of great literary men of noble character. Stendhal was an opportunistic hack and a plagiarizer; his "biographies" of Mozart and Rossini, both of whom he was ahead of his time in admiring, are filled with passages lifted whole from other writers, and even the quotes and epigrams from famous writers that he used to open the chapters of his great novels were often distorted or invented altogether. Stendhal could even be called, with some justification, a slacker, having left most of his potentially great works unfinished.

Who would claim him? Why, of course, those of us resentful toward our economic and social superiors, who are envious of the beautiful and famous, who are pissed off at our lack of social standing, and eternally indignant that our talents aren't fully appreciated. Have I left anyone out?

Simply put, in "The Red and the Black" -- the colors in the enigmatic title might refer to roulette, to passion and the black robes of the clergy, to the red flag of war and the black flag of anarchy, or to any of a dozen other possible symbols -- Stendhal foreshadowed alienation and disaffection. He made them as sexy as a lipstick trace on a wine glass by embodying them in Julien Sorel, an epicene young theology student endowed with his creator's own intelligence and ambition without any of his physical repulsiveness. (If a smart producer had cast the role of Julien for a movie in the early '50s, he might have cast James Dean -- or, better yet, the young Montgomery Clift, who played a variant of Julien in the film version of Dreiser's "An American Tragedy.") Stendhal, the provincial petite bourgeois, then took his revenge on French society by pointing Julien on the road from Verriers ("one of the prettiest little towns in all Franche-Conte") to Paris and -- voilà! -- the modern novel was born.

It has been said that Julien Sorel is the fictional creation of the 19th century who most haunts the 20th. (That he haunts 20th century writers is undeniable; one need only visit a secondhand bookstore and look at the number of movie novelizations penned by writers who use his as their pen name. The anonymous author of the "Rocky" paperback, for instance, was "Julia Sorel.")

Yet if some modern readers have been slow to come to Stendhal, a possible reason is that his best novels don't read as modern as they feel. The famous C.K. Scott Moncrieff translation for Modern Library was first published in 1926. Margaret R.B. Shaw's 1953 translation for Penguin reads like a translation of an 18th century novel.

The new translation by Burton Raffel rocks. Or, more precisely, it's a blast, which is exactly how Raffel (a distinguished professor of humanities at the University of Louisiana at Lafayette who has also dragged Balzac's old warhorse, "Père Goriot," kicking and screaming into the 21st century) has Julien describe his own life: "'If you give me twenty francs,' he says to a visitor while awaiting his trip to the guillotine, 'I'll tell you, in detail, the story of my life. It's a blast.'" Raffel restores to Stendhal the quality that, in the words of V.S. Pritchett, makes "each sentence of his plain prose" read like "a separate shock."

Let's compare two different versions of the oft-quoted passage on Julien's narcissism, translated first by Moncrieff then by Raffel:

-- "Julien's life was thus composed of a series of petty negotiations; and their success was of far more importance to him than the evidence of a marked preference for himself which was only waiting for him to read it in the heart of Madame de Renal."

-- "Julien's life was thus composed of a series of petty negotiations, and their success concerned him far more than the signs of special affection he could have read in Madame de Renal's heart, if only he had bothered."

Thanks to outdated translations, Stendhal has spent the last few decades languishing in the twilight realm of the praised but unread. Now, thanks to Raffel's translation, Julien Sorel can begin haunting the 21st century.