Judge calls conservative network case against comedian "wholly without merit" -- and says it could lose "fair and balanced" trademark. 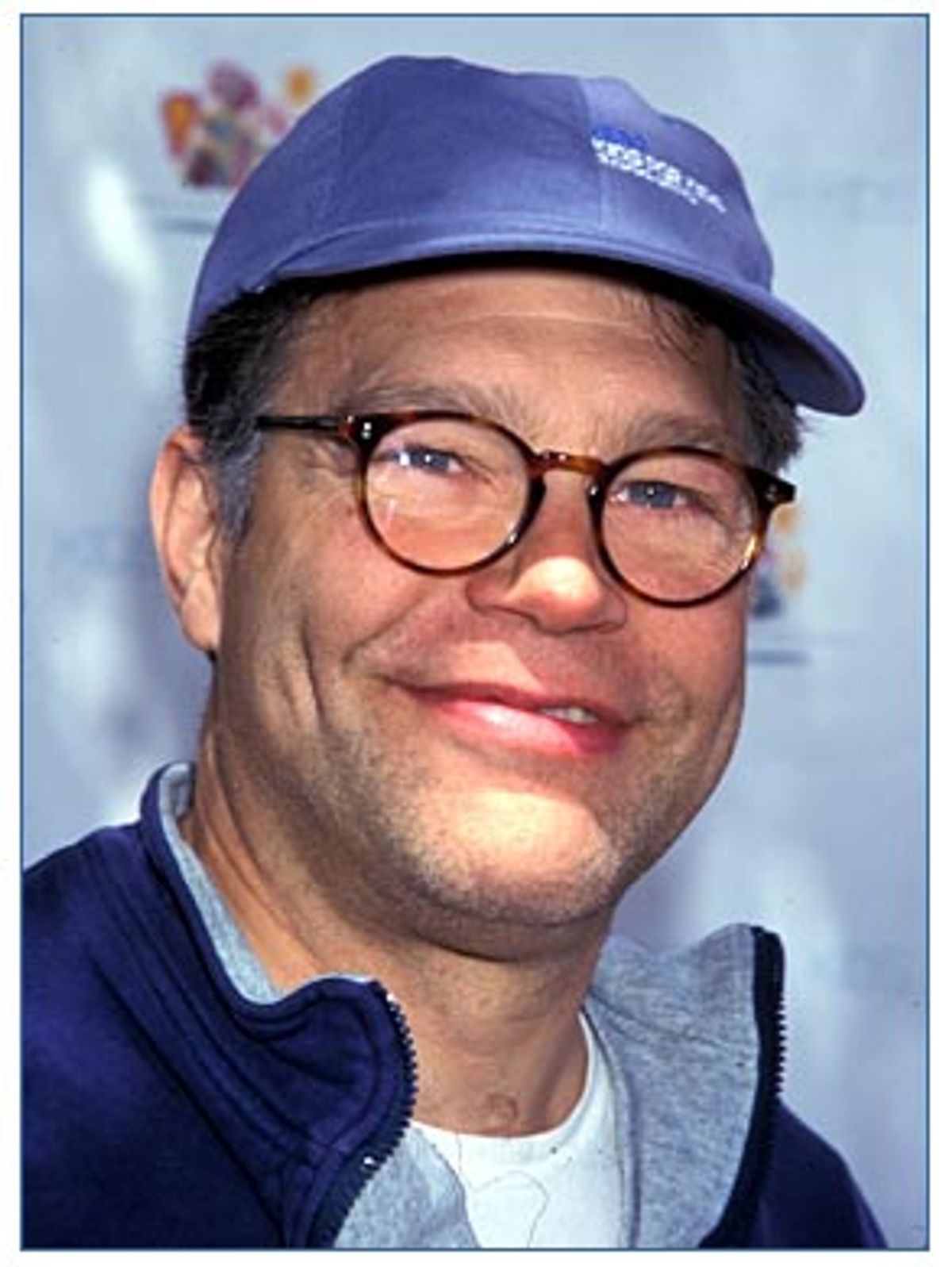 His voice full of amused contempt, U.S. District Judge Denny Chin refused Fox News' request for an injunction against author and comedian Al Franken's new book on Friday. "There are hard cases and there are easy cases," said Chin. "This is an easy case. The case is wholly without merit both factually and legally ... It is ironic that a media company that should seek to protect the First Amendment is instead seeking to undermine it."

The hearing couldn't have gone better for Franken, who is being sued by Fox because the network claims his new book, "Lies and the Lying Liars Who Tell Them: A Fair and Balanced Look at the Right," violates Fox's trademark of the phrase "Fair and Balanced." Fox had sought to block Franken's use of the phrase pending a trial for trademark infringement, in which it hoped to win compensation for damages.

But Chin's ruling suggested there might not be a trial. Besides rejecting Fox's petition for an injunction, Chin practically invited Franken's lawyers to file for dismissal. And he hinted that if it pursues its lawsuit, Fox may lose the very trademark it's trying to defend -- a trademark that, according to the suit, Fox has spent $61 million promoting.

In its legal filings, Fox's suit has imitated the bellowing bluster of its talk show star Bill O'Reilly, who by several accounts pushed the network to take on Franken. It called Franken a "C-level political commentator" with a "sophomoric approach to political commentary" who "appears to be shrill and unstable" and whose views "lack any serious depth or insight."

"[S]ince Franken's reputation as a political commentator is not of the same caliber as the stellar reputations of FNC's on-air talent, any association between Franken and Fox News is likely to blue or tarnish Fox News' distinctive mark," the lawsuit argued with O'Reillian self-righteousness. Yet Fox wasn't able to set the tone in Chin's downtown Manhattan courtroom, where the afternoon hearing unfolded with wry, low-key humor, all of it at the network's expense.

The cover of Franken's book shows the author, dressed in a conservative blue suit, standing in front of a quartet of television monitors showing the heads of O'Reilly, Ann Coulter, George Bush and Dick Cheney, with the word "Liar" splashed across them all in red. It arrived in stores Thursday, its release date moved up weeks to capitalize on the lawsuit's publicity, which catapulted it to the top of Amazon.com's bestseller list.

Dori Ann Hanswirth, Fox's lawyer, argued that buyers might be confused and think that the book was actually put out by Fox News, thus diluting and tarnishing the Fox brand. "Defendants' use of the Trademark ... on the Preliminary Cover is likely to cause confusion among the public about whether Fox News has authorized or endorsed the Book, and about whether Franken is affiliated with FNC [Fox News Channel]," said the suit. "Franken is commonly perceived as having to trade off of the name recognition of others in order to make money."

Chin didn't buy it. "Is it really likely someone is going to be confused as to whether Fox News or Bill O'Reilly is endorsing this book?" asked the judge.

"It is likely consumers could believe that," replied Hanswirth. Later she added, "There's no real message that this is a book of humor or political satire. It's a deadly serious cover and it's using the Fox News trademark" to sell itself.

In response, the judge pointed out that one of O'Reilly's own books is titled "The O'Reilly Factor: The Good, the Bad, and the Completely Ridiculous in American Life." "Is that not a play on "The Good, The Bad and the Ugly?'" Chin asked, noting that the movie title is also trademarked.

"You don't know?" asked the judge.

"I don't know," she repeated, before arguing, once again, that Franken is "intending to use the trademark to sell the product."

Hanswirth went on to argue that Franken has diluted Fox's trademark by using it "to ridicule Fox's No. 1 talent, Mr. O'Reilly." She then suggested that, because Coulter is on the cover, "somebody looking at this could determine Ms. Coulter has some kind of official relationship with Fox."

"The president and vice president are also on the cover, are they not?" asked Chin. "Are consumers likely to believe they are associated with Fox News?"

Defending Franken was legendary First Amendment lawyer Floyd Abrams, who seemed to be enjoying himself as he presented his case to a sympathetic court. "A book is allowed to criticize the holder of a trademark and is allowed to mock a trademark as well," he said. Were it otherwise, "it would be a different country."

He pointed out that Fox's lawyers don't seem to believe their own argument the book might be mistaken for a Fox production. After all, one of their initial complaints was that the cover was "defamatory per se of Mr. O'Reilly." Abrams quoted a letter from one of Fox's lawyers to the Penguin Group, Franken's publisher, saying that the word "Lies" written over O'Reilly's face "unquestionably designates Mr. O'Reilly as one of the 'Lying Liars' to which the title of the book refers."

Abrams said that if Fox pursued its case, he would challenge the validity of the "Fair and Balanced" trademark itself.

In delivering his scathing opinion, Chin suggested that Abrams would probably succeed in such a challenge. "The mark is a weak one," he said. "It's highly unlikely that the phrase 'Fair and Balanced' is a valid trademark."

Regardless, he said, "There is no likelihood of confusion. It is highly unlikely consumers are going to be misled into believing that Fox or O'Reilly are sponsors" of the book. "I don't know if Fox is arguing that its consumers are less sophisticated than people who would buy the book."

When the court adjourned, a Fox spokesman offered a terse statement. "We don't care if it's Al Franken, Al Lewis or Weird Al Yankovic, we're going to protect our trademark and our talent."

Abrams, meanwhile, told a throng of reporters that he was waiting to see whether Fox proceeded with its case before deciding whether to file for dismissal. "In light of Judge Chin's statement," he said, he and his team will also consider trying to force Fox to pay Franken's attorney's fees. And he noted that even if he doesn't get the opportunity to attack Fox's trademark of "Fair and Balanced," Chin's ruling opened the door for others to try. "It's now a very shaky trademark," he said.

"Fox came in here saying, 'We spent $61 million on this trademark,'" Abrams said. "It would be poetic justice if Fox News were to lose the trademark they came into court to protect."