David Spade stars as a washed-up '70s sitcom actor who grows up all over again in this pleasantly dumb comedy. 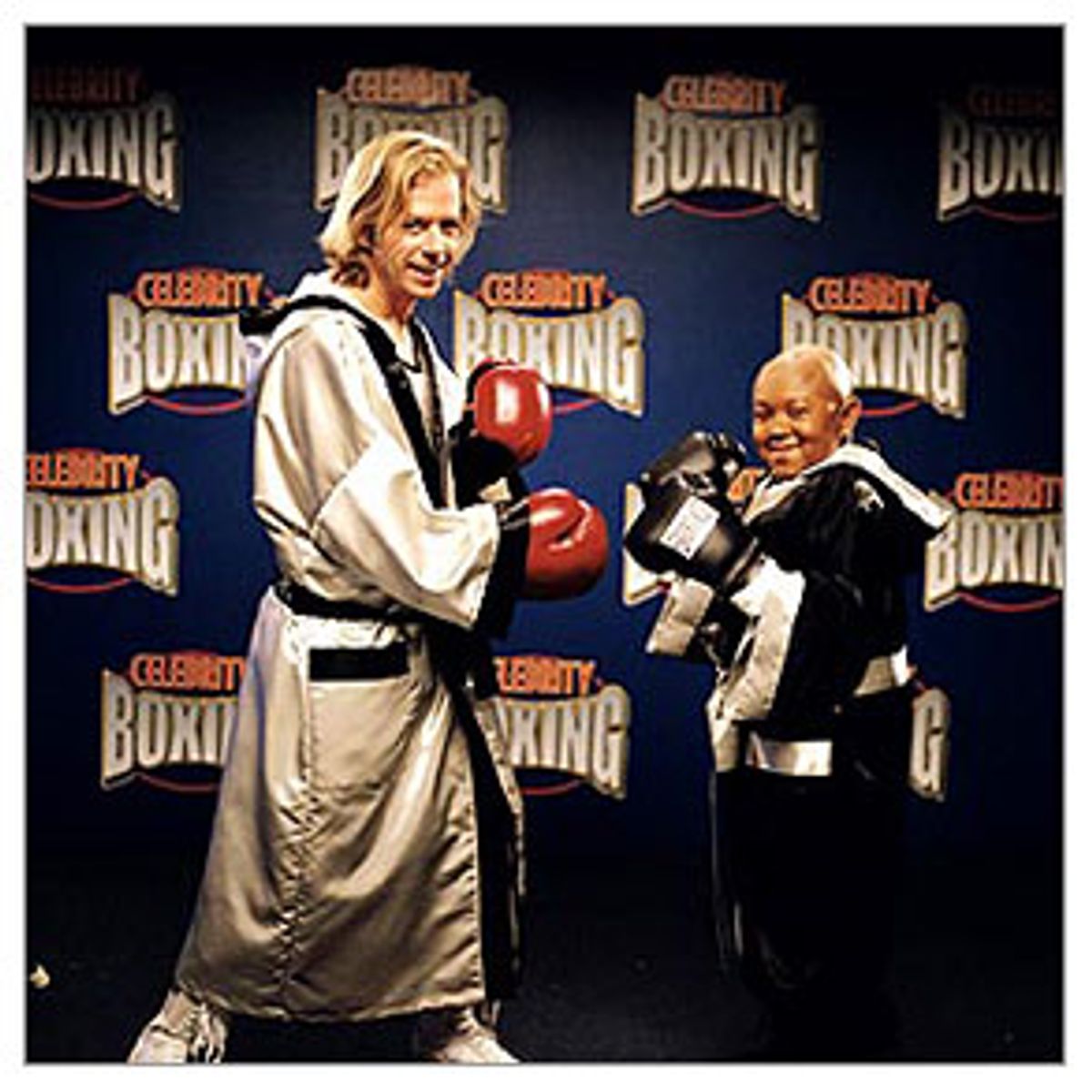 In a moviegoing climate that's increasingly rife with miserable disappointments and obvious money-grubbing on the part of the studios, the happy truth is that the category most of us call "dumb comedy" is generally the least disappointing. That's partly because our expectations are lower. Face it: If you're heading out to a movie called "The Animal," you're not hoping for the same transcendence you'd find at a Satyajit Ray festival. But I think there's even more to it than that. There's an admirable forthrightness about the concept of dumb comedy. After all, you can usually be assured it's at least going to live up to the "dumb" part. And in a world of movies where we're repeatedly promised something fresh and different, only to find we've been served up the same old reheated stew, that easily met promise is a comfort.

So where does that put "Dickie Roberts: Former Child Star," in which David Spade plays a washed-up '70s sitcom actor who's trying to reinflate his career? One of the favorite stopgaps of critics is to say, "I laughed a lot in spite of myself," as if there were an older, wiser, more serious self whose approval we desperately court. "Dickie Roberts" is assertively silly much of the time, and there are large mossy patches when it feels oversoaked with its conceit. But the movie's ridiculous good humor -- laced with just enough barbs to keep it from going soft -- suggest that it's been made with some thought and care. I often found myself laughing in spite of no one, not even myself.

In the story, written by Fred Wolf and Spade, impoverished, down-on-his-luck Dickie Roberts wants nothing more than to star in the new Rob Reiner film. (It's going to be called "Mr. Blake's Backyard," and it's about a man who finds love -- well, I'm sure I don't have to tell you where.) Dickie used to be on top: On his old hit series, "The Glimmer Gang," he sure knew his way around a catchphrase ("That's nucking futs!"). But now Dickie, with his desperately hip '70s retro clothes and his carefully cultivated neurotic tendencies (he wears gloves at all times, ostensibly to avoid any human touch), is the Norma Desmond of TV child actors: Not only did the pictures get smaller, but the actor got bigger. He's a little boy lost who's been locked out of Hollywood, and he wants back in. His coterie of has-been buddies (they include Barry Williams of "The Brady Bunch" and Danny Bonaduce of "The Partridge Family," both playing themselves) are more resigned to their fate. But all of them show at least a degree of fondness and regret for the old days, and wish they could have just a little bit of that glory back. When they get together to play poker, they uncharitably and unreasonably knock down every successful contemporary actor they can think of, from George Clooney to Brad Pitt to Vin Diesel, only to slink around toward sheepishly admitting that they're actually really good actors, or, barring that, really good guys.

Dickie lucks into a meeting with Reiner (who, of course, plays himself), at which Reiner tells Dickie that to play this role he has to learn how to be a real person -- in other words, he has to go out and live through the childhood he never had. So Dickie goes out and hires himself a family, complete with a hardworking, neglectful dad (Craig Bierko), two off-puttingly perfect-looking but ultimately likable kids (Scott Terra and Jenna Boyd), and one dedicated, no-nonsense but also pretty hot mom, Grace (Mary McCormack).

The gags range from the not-so-ridiculous (Dickie riding a bike for the first time) to the cheekily absurd (Dickie insisting that Grace push him down the street in a baby stroller, yakking at her in obnoxious, hip-guy Hollywoodese the whole time). Spade makes most of them work. Even if you don't much care for him, you have to admit he's written the perfect character for himself: Attractive in that second-banana-blond way, he has the look of someone who used to be someone, and his snotty demeanor comes off as the defense mechanism of a guy who's been not-quite-but-almost his whole adult life.

Director Sam Weisman maintains firm control of the movie's tone. Spade may be smirky (smirking is, after all, what he does best), but the movie itself isn't -- it doesn't take pleasure in kicking former child stars any more than they, with unassailable good humor, kick themselves. Since "Dickie Roberts" does tread into that most fearsome territory -- it's a movie about becoming a family -- sometimes it's a little too earnest. But Spade usually saves the moment by doing something unrepentantly juvenile, like flipping someone the bird. And when the movie does stick its foot into a pile of sentimental goop, it at least seems to know it, hopping out quickly enough to salvage itself.

The message of "Dickie Roberts," as reinforced in the finale that runs during the credits, is that former child actors are people too. (That finale is a musical number whose details should remain a surprise, but I will tell you that Barry Livingston, Ernie of "My Three Sons," does show up.) And aside from the fact that any movie with Jon Lovitz can't be all bad (he plays Dickie's agent, dispensing deadpan advice like "You believe, you receive, you doubt, you go without"), "Dickie Roberts" actually feels like a movie instead of just a bunched-up collection of gags. There's an optimistically cheerful aura hovering around the edges of "Dickie Roberts," even as it faces up to the fact that regret and longing for the things you used to have might never really go away. And beyond that, it's just a modest dumb comedy -- one that seizes on the delicious joy of lowered expectations, and meets them amply and honestly.