Sanitized for our protection 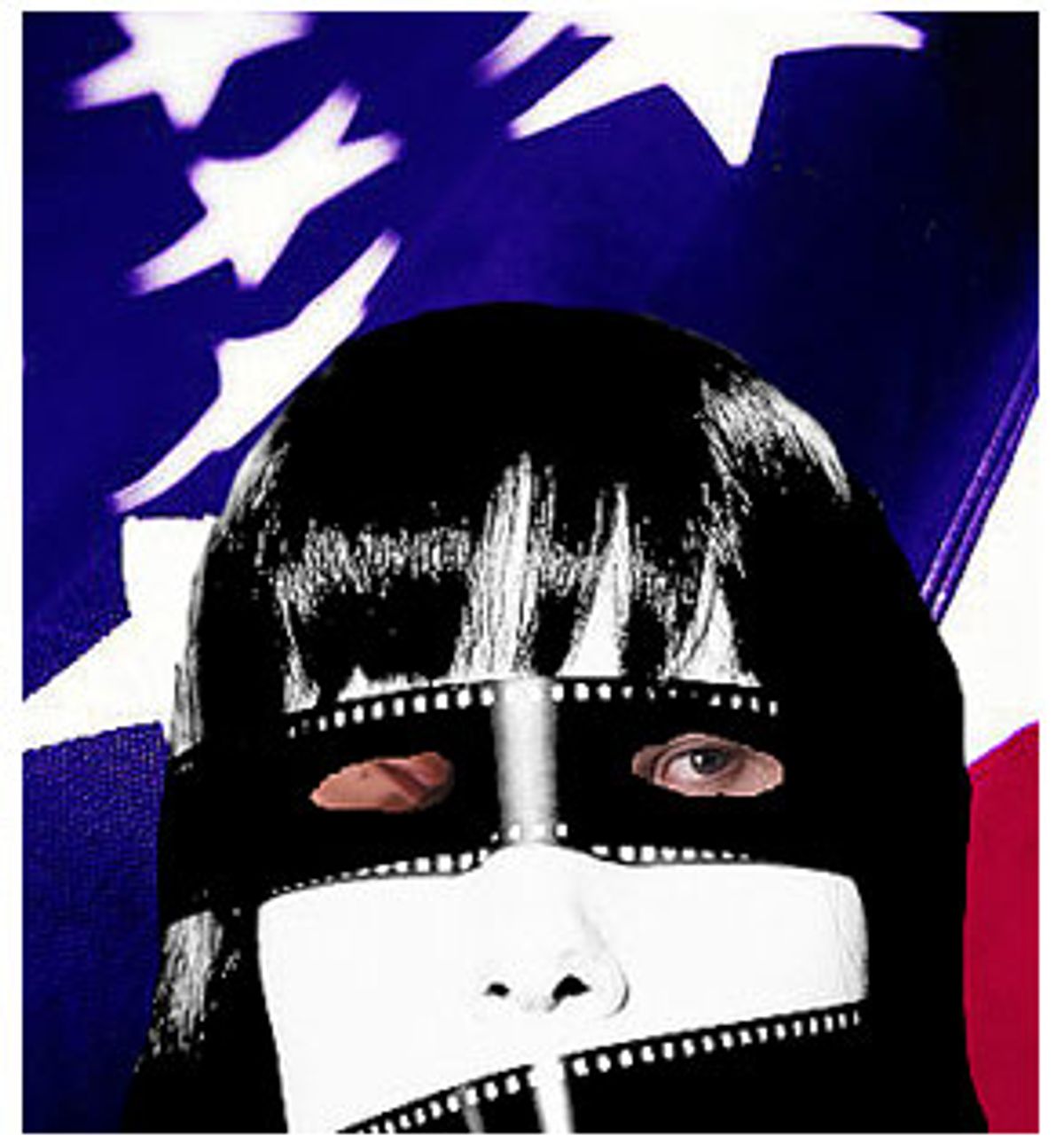 2003: At the Venice Film Festival, Bertolucci announces that his new film, "The Dreamers," will probably have to be cut for its American release to satisfy the contract he signed with the U.S. distributor, Fox Searchlight Pictures, to deliver an R-rated film.

That juxtaposition is an easy irony but a real one -- a mark of how society has changed in 30 years, of the growing conservatism of the film industry, a sign of how American movie audiences are infantilized when it comes to sex, and one more example of why it's past time to ditch the corrupt ratings system of the Motion Picture Association of America.

When I heard a few years back that Bertolucci was directing the film version of Gilbert Adair's "The Holy Innocents," I was ecstatic. Adair's book is a rewrite of Jean Cocteau's "Les Enfants Terribles," a hothouse ménage between a French brother and sister and their American friend set in a Paris apartment in the spring of 1968. The book spans from February, when Henri Langois is dismissed as the curator of the Cinémathèque, to the riots of May. Impossibly florid and yet a controlled, conscious act of homage swimming in literary and cinematic allusion, the book is a mix of movies, sex and revolution. And it seemed ideal for Bertolucci who, as he did in "The Conformist" and "Last Tango," has always been able to locate the rot inside lust and, as he did in "Before the Revolution," understands the tension between the sensual and the political.

But "The Dreamers," which reportedly includes male nudity, incest between siblings, and sex among its teenage characters, is to be distributed in America by Twentieth Century Fox's "specialty" division, Fox Searchlight, and like most directors working for a major studio, Bertolucci had to sign a contract obligating him to bring the film in at an R rating.

The reasons for that are largely economic. Teenagers are the mainstay of the movie audience. They will have easier access to an R film than an NC-17 film. (In fact, the New York Times recently reported that studios are now pressuring directors to bring certain films in at PG-13 to ensure an even bigger audience.) Many networks and newspapers refuse ads for NC-17 films, and some theaters won't book them. Worse for studios, which now make a large percentage of their profits from video rentals, Blockbuster -- the leading video chain in the country -- will not stock NC-17 films.

Fox Searchlight is not commenting on the potential ratings situation at this time.

The potential economic liabilities of an NC-17 wouldn't seem to be particularly strong in the case of "The Dreamers." Teenagers are not going to be flocking to the new Bernardo Bertolucci film. And the audience that might be interested in going will be less inclined to do so if they know that what they will see is a compromised version. The smartest thing that Fox Searchlight could do, both as a matter of business and good public relations for themselves, would be to agree to release the film with whatever rating the MPAA classification board slaps on it. That would be seen as a gutsy move for a mainstream studio, raising its profile among filmmakers and critics and art-house moviegoers. And it would very likely mean a bigger profit for the film from the combination of word of mouth and American moviegoers grateful that they are getting to see the version of the film Europeans will see. Alternatively, as Miramax did when its parent company Disney got cold feet about releasing "Dogma," Fox Searchlight could sell the movie to an independent distributor like Lions Gate or Good Machine, which could release it unrated. That's what the latter did with "Y Tu Mamá También" and found themselves with a hit.

Beyond those best-case scenarios, though, you have to wonder a couple of things: Why did Fox Searchlight agree to release a movie that they had to know would be sexually frank? And what is the point of a studio having a specialty division if its releases are put through the same meat grinder as mainstream movies?

The answer, I'm afraid, may be that these specialty divisions, which have largely taken over the distribution of indie movies, and some foreign movies, are now expected to be run as their parent company. The standard of success may no longer be a small film that comes out and does a respectable $10 million or a very successful (for an indie) $15 million. Movies like "My Big Fat Greek Wedding" and "Bend It Like Beckham" may have indie divisions looking for blockbusters -- the exact opposite of what they were created to do.

No matter what happens with "The Dreamers," no matter how good or how bad the movie turns out to be, it makes me feel goddamn tired to once again be writing about a movie intended for adults that's threatened with cuts. Hasn't this played out often enough?

Ironically, at a time when porn is more accessible and popular than ever, the MPAA is still acting as if Americans need to be protected from sexually explicit movies. Its incredibly crafty president, Jack Valenti, has, since the inception of the ratings system in 1968, shown a chameleon-like ability to defend it. When ratings were first introduced, just ahead of two pending Supreme Court rulings that might have allowed government censorship, Valenti sold the ratings system as a way to protect the vision of filmmakers (and studios did not hesitate to release movies with X ratings -- "Midnight Cowboy" and "A Clockwork Orange" among them). But as society became more conservative, Valenti's tune changed and the prime function of the ratings system became informing parents of the content of movies.

Parents should have a way of finding out the content of a movie. But movie ratings, which are vague at best, aren't it. The best place to get information is from reading reviews, especially the many that feature a few lines at the end informing parents of a picture's specifics. But too many parents act as if the ratings system exists to do the job of parenting for them. I've even talked to people who tell me that it's just too much trouble to read a review before their kids go to a movie. If that's the case -- tough. Your responsibility to gather information and make a decision as to what you do or don't want your kids to see should not interfere with a filmmaker's right to have a movie meant for an adult audience released as it was intended, and it certainly shouldn't interfere with my right or anyone else's right to see those movies.

I will happily pay taxes for public education, for school-lunch programs and after-school programs, for Head Start and improved child healthcare, for vocational training and for special-needs programs. But whenever people insist that the content of books or movies meant for adults should be altered to "protect children," then all adults should rise up and say, "You made the choice to have kids. Raising them is your business." Adults have to start guarding the culture that is meant for us with the same protectiveness parents show toward their children.

As members of the MPAA, studios must submit all of their releases for ratings. And if they disagree with a rating, their only recourse is to appeal to a representative of the ratings board. As in any good kangaroo court, the identities of the ratings board members are kept secret. The only requirement is that they be parents. They are not required to have any knowledge of movies. If anything has been consistent about the ratings board over the years, it's been stupidity. A few years after its formation, the board gave an R to the documentary "Woodstock," which meant that kids who went to the festival couldn't see the movie without their parents. Trailers are rated as well and classified for either general audiences or restricted audiences. In the early '90s, the MPAA gave a Restricted rating to the trailer for "Six Degrees of Separation." Why? Because there was a shot of the ceiling of the Sistine Chapel and Adam's genitalia were visible. These are the shit-for-brains who will decide in what form Americans get to see the new Bernardo Bertolucci movie.

Certain truisms have remained constant over the years with the ratings board:

Right now, adolescents can go to see "Bad Boys II" and watch a scene in which Martin Lawrence and Will Smith break into a mortuary and leer over the breasts of a woman's corpse. They are not likely, however, to see a penis in "The Dreamers."

Almost inevitably, when there's a flap about the sexual content of a movie, it's a European movie. That's because, all the people fulminating about Britney Spears' navel and hip-hop and the permissiveness of society to the contrary, there is nearly no sex in American movies. Sure people kiss and fall into bed, and then, in most cases, we see close-ups of their faces as the shot fades out. Or, if the scene is postcoital, the woman will have a bed sheet tucked tightly around her breasts and the man will be wearing underwear (because of course we all reach for our shorts right after we come).

The charge that European movies are wholly superior to American movies has always been an article of faith among cultural snobs (and never, it's interesting to note, among European directors). But there is no escaping that when it comes to sex, European movies treat audiences as if they were adults and American movies still treat us as if we were children. There is virtually no way for an American movie to deal honestly with sexual experience and reach movie screens intact. In some ways, American movies were better off in the '40s and '50s, when the restrictive Production Code meant directors had to find oblique ways to discuss mature issues. A movie like Douglas Sirk's "There's Always Tomorrow," about a family man (Fred MacMurray) tempted to adultery by the reappearance of an old flame (Barbara Stanwyck) shows up Adrian Lyne's "Unfaithful" -- with the exception of Diane Lane's fearless performance -- for the timid, moralizing melodrama it is.

"The Dreamers" is the first case I can think of since "Tie Me Up! Tie Me Down!" and "The Cook, the Thief, His Wife, and Her Lover" (both of them given NC-17 ratings and both released as such by a pre-Disney Miramax) where the MPAA ratings board has stood ready to make a decision that will impose cuts on a European movie. Most distributors of European movies that realize they will get NC-17 ratings simply release them unrated. But this option is not open to Fox Searchlight. And again, it's particularly galling that a movie that teenagers will have no interest in is going to be cut to secure a more commercially viable rating.

The best possible scenario for filmmakers would be the total and final abolition of the movie ratings system, forcing parents to gather information and make decisions -- you know, do their job. But that's not going to happen, certainly not in a society where liberals as well as conservatives are quick to jabber about the irresponsibility and crassness of the movie industry (cue Joe Lieberman).

I simply don't know what is to be done about the MPAA. The studios have enough power to collapse the ratings system in a minute if they wanted to, simply by announcing en masse that they were no longer going to abide by it. The pressure is now on filmmakers to change their movies. Wouldn't it be nice if pressure was instead on the ratings board boobs -- the ones standing in the way of the studios' doing business?