Fox's popular new teen drama wants to put me -- and everyone else in my town -- in the white trash bin. 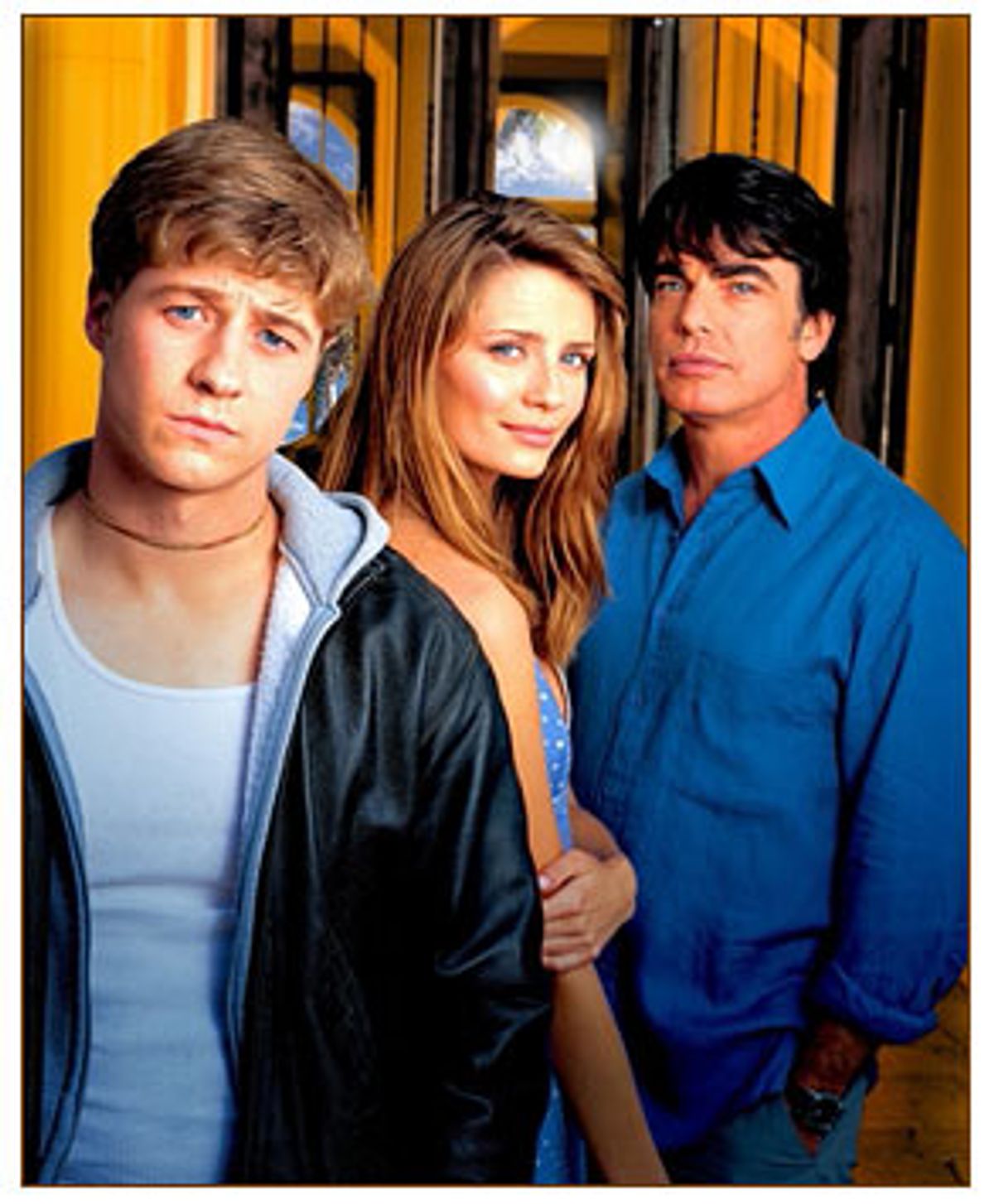 Today, my 14-year-old daughter and I saw a huge ad in Seventeen magazine for the hot new Fox television show "The O.C." Beside the tan-burnished teens looking pensively over the ocean, the ad read: "It's nothing like where you live, and nothing like what you imagine."

We laughed, because that morning we'd read in our local newspaper that our mayor pro tem wanted to explore legal options against the network for slandering our city. On "The O.C.," a show about the lives of rich kids and their parents in Newport Beach, characters take special care to imply that Riverside is a white-trash hell. And the nearby city of Chino doesn't fare much better: City officials there say their city is being depicted as a "dirtbag town."

"The O.C." view of Chino isn't pretty: scorched-earth streets overrun with burnt-orange weeds and tiny stucco box houses surrounded by chain-link fences. Chino is where Ryan, the good-looking, troubled kid who steals a car in the premiere episode and gets sent to juvenile hall, is from. Soon he is taken in by his public defender, Sandy Cohen, who lives in an ocean-view Newport Beach McMansion with his real-estate developer wife. When Cohen's neighbor, Julie Cooper, complains bitterly that the hardscrabble Ryan is from Chino, Sandy Cohen points out that Cooper herself is from Riverside. Cooper, a woman who wears too much makeup, obsesses over clothes, and bemoans her child's pony's new case of alopecia, snarls that night to her husband: "He basically called me white trash. He said I was from Riverside!"

Her husband says gently, wearily, "Honey, you are from Riverside."

When we heard this line, my daughters and I laughed so hard we figured they could hear us all the way into the next county: the O.C. It's hilarious to watch California counties, and cities, broken down into easily digestible puzzle pieces for a national audience. All the Newport characters surf, sail and shine. And Summer, one of the snobby rich girls on the show, sums up Ryan this way: "Chino? Eeww."

"The O.C." is a cross between "Beverly Hills 90210" and "Melrose Place," according to the New Yorker (which called Riverside "downscale," we noticed). It's a soap opera, and most of those shows don't come close to resembling reality. Still, in one episode, when Ryan is arrested by a black cop, my daughter pointed out that his was the first African-American face we'd seen since the show began. There sure wasn't anyone of color at the fashion show, the beach party or the cotillion. Yet when Riverside high school teams play Orange County teams, whatever sport, we've seen black players, Asian cheerleaders, Chicano kids in the band. But they're not on the show. Only on the episode in which Ryan was in juvenile hall did some Chicano and black characters appear. Naturally, they were gang members.

Last week, we actually went to the O.C. Not Newport, where the show is set, but the neighboring town of Corona del Mar. We saw for ourselves that there is a huge portion of Orange County not being shown on Fox. At the beach, we swam with numerous members of a Samoan family, countless Mexican-born and Mexican-American families, a few black families and, yes, some white people.

When I got tea for our drive home to the Inland Empire, I asked the barista what a "tea latte" was. He rolled his eyes. I couldn't resist. I told him we didn't have that drink where I was from -- Riverside. He frowned and said, "Really?" I told him usually we just drink Coors. All day and night.

On the drive home, my 14-year-old, who is the prime target audience for "The O.C.," said, "I don't see why people are getting mad that they make fun of Riverside. I mean, I don't want to be those kids on 'The O.C.' I don't even want their clothes."

"No. The clothes are kind of ugly."

"What about Summer's clothes?"

Even though the show is hopelessly unrealistic, and undeniably whitewashed, the public outcry from Riverside and Chino officials seems like a bit much. I, for one, am not offended by the fact that a woman on the show who has much better clothes and makeup than I do is equated with white trash because she's from Riverside, my native city. After all, when a neighbor's friend, who drives a limo for a living, met a man in Newport who wanted to date her, but refused to even drive his Porsche into our city limits, we said to her, gently, wearily: "Honey, he's from Newport."

Wait. He's not including Tustin and Santa Ana and Fullerton and the actual city of Orange, is he? They're all in Orange County. What about Westminster, known as Little Saigon, where many of my former English-as-a-second-language students reside and which has the largest concentration of Vietnamese outside Vietnam. Or Anaheim, where my college roommate's family are Japanese-Americans who owned strawberry fields for three generations, surviving internment during World War II. Or Santa Ana, where streets are lined with apartment buildings filled with thousands of Mexican immigrants

No, "The O.C." isn't a real place, it's a fantasy. And here in Riverside, at least in my house, that fantasy sure is funny.

We hear that future episodes reveal more about the misunderstood Julie's Riverside background. We can't wait.