Not just another "nerdy white guy"

At the memorial service for Anita Borg, her colleagues and friends vow to continue her life's work, carving out room for women in the world of computer science. 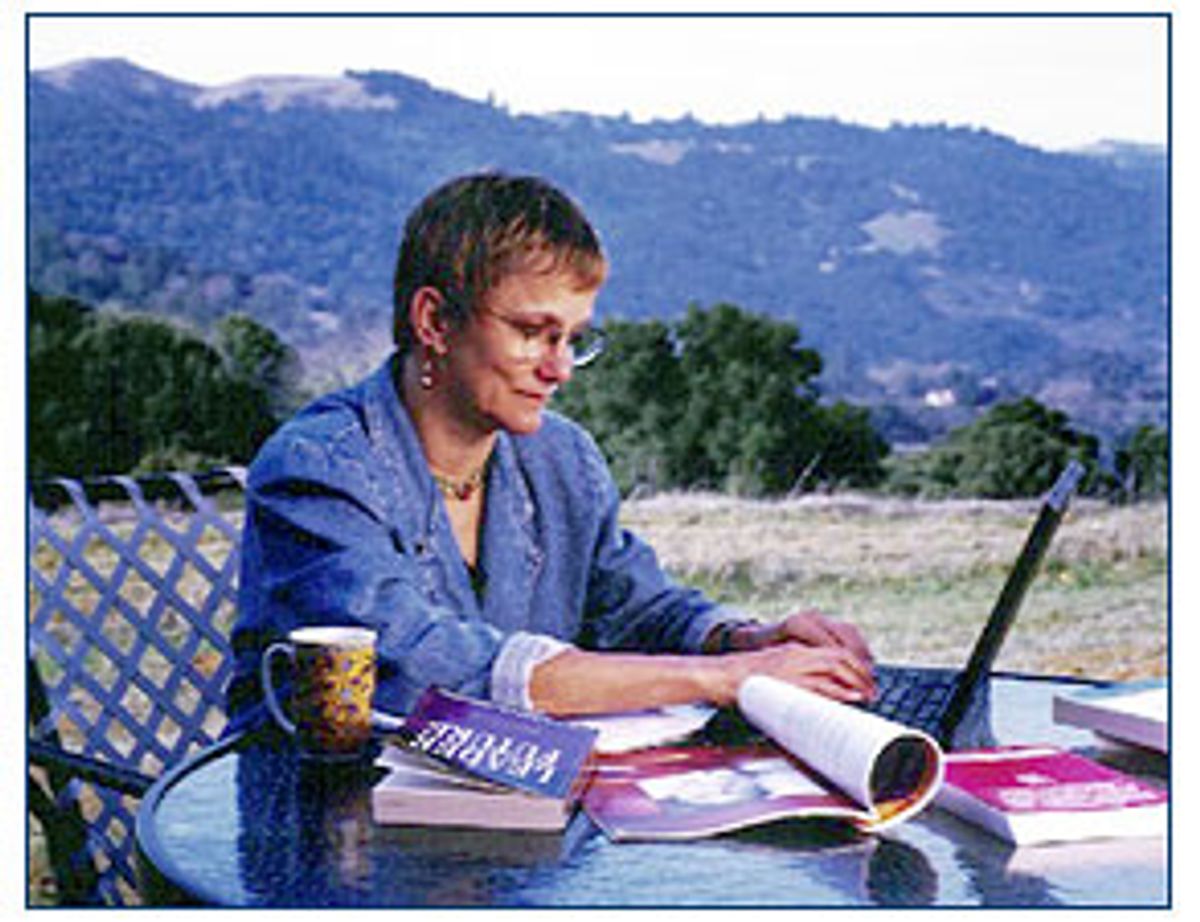 Beneath the foggy coastal ranges where Anita Borg once rode her mountain bike, hundreds of friends, family members, colleagues and admirers of the late Silicon Valley computer scientist and feminist visionary gathered Sept. 9 at Stanford University's Memorial Auditorium to remember her and carry on her life's work -- giving women an equal role in the development of new technology.

The founder of the Institute for Women and Technology, the Systers mailing list and the Grace Hopper Celebration of Women in Computing Borg died of brain cancer at her mother's home in Sonoma, Calif. on Sunday, April 6, 2003 at the age of 54.

At the memorial, Borg was remembered both for her ability to take on serious and ambitious goals -- how could women become 50 percent of the computer science field by 2020? -- and to be fun and outrageous while doing so. Such "bringing all of yourself to your life," as she liked to say, brought her deep friendships with the same colleagues who were her professional collaborators.

From the stage at the memorial, Gerald Belpaire, Borg's thesis advisor in the '70s at New York University, remembered that even as a student she worked to bring women in the male-dominated department together, arranging to have all their offices near each other. Ellen Lapham, a Silicon Valley colleague and neighbor of Borg's, eulogized Borg's ability to inspire others that "great changes were both necessary and within reach." She recalled that at a marathon brainstorming session for the Institute for Women and Technology, the techie women meeting in Borg's living room came up a host of big ideas and bad puns, including this delicious groaner: "women milk the idea."

Maria Klawe, the dean of Princeton University's School of Engineering and Applied Sciences, called Borg "my best friend in a way that nobody will ever replace." She said she came to know Borg through her role as "her systers keeper" of the Systers mailing list and spoke of how Borg influenced her to take a more prominent role in her field. In their last conversation, a week before Borg died, Borg asked Klawe to "tell me about those amazing women," Klawe recalled. She meant the five of the nine senior academic administrators at Princeton who are women, including the President and provost.

Greg Papadopoulos, the CTO of Sun Microsystems, testified that Borg taught him that everyone brings their own life experience to the technology they create, and how important it is to bring people into the process who aren't just a "bunch of nerdy white guys."

Borg believed not only that more women should become computer scientists, but also that the masses who computer scientists tend to dismissively dub "non-technical" could be brought into the process of conceptualizing new innovations, if the industry could only learn how to invite and accommodate their input. One idea that came out of the Borg Institute's workshops was "smart pipes," which could tell a homeowner when the pipes are frozen or clogged, and where the problem is, without ripping up the walls. Addressing his comments directly to Borg, Papadopoulos joked that he was so taken by the idea of smart pipes that "you ruined me for life with this problem."

Borg was remembered by Telle Whitney, who co-founded the Grace Hopper conference, as an adventurer, who "celebrated her life" even after her mortal cancer diagnosis three years ago. Throughout the memorial, through photographs and stories, mourners remembered her love of kayaking, scuba diving, tai chi, mountain biking, backpacking, hiking and even flying Cessnas. Whitney, who co-founded the Grace Hopper Celebration of Women and Computing with Borg and has taken over the role of president of the Institute for Women and Technology, announced that the Institute will now be known as the Anita Borg Institute for Women and Technology, in her honor.

10 other scholarships and such were also named in Borg's memory, including the Microsoft Research Anita Borg Women in Science and Technology Lecture Series and the Google Anita Borg Memorial Scholarship. And the formation of a new group was announced, dedicated to her: the National Center for Women and Information Technology, which will be a clearinghouse for groups working to bring women and girls into information technology. After the memorial, to carry on Borg's work, a day of workshops and panels and speeches took place, including appearances by top women in the field, such as Judy Estrin, the founder of Packet Design and former CTO of Cisco Systems, Dawn Lepore, vice chairman of technology for Charles Schwab, Fran Allen, fellow emeritus from IBM and Denise Brosseau, founder of the Forum for Women Entrepreneurs.

As the memorial drew to a close, Kathleen Bennett, founder of the Girls' Middle School, where Borg was a board member, was among those who spoke at an open-mike session, recalling the late technologist's impact on her: "We need bigger-than-life women to be leaders for those of us who aren't leaders. Borg was bigger than life."