Trying to save the endangered American Catholic priest, a "middle-of-the-road" Milwaukee pastor is asking his church to make celibacy optional. 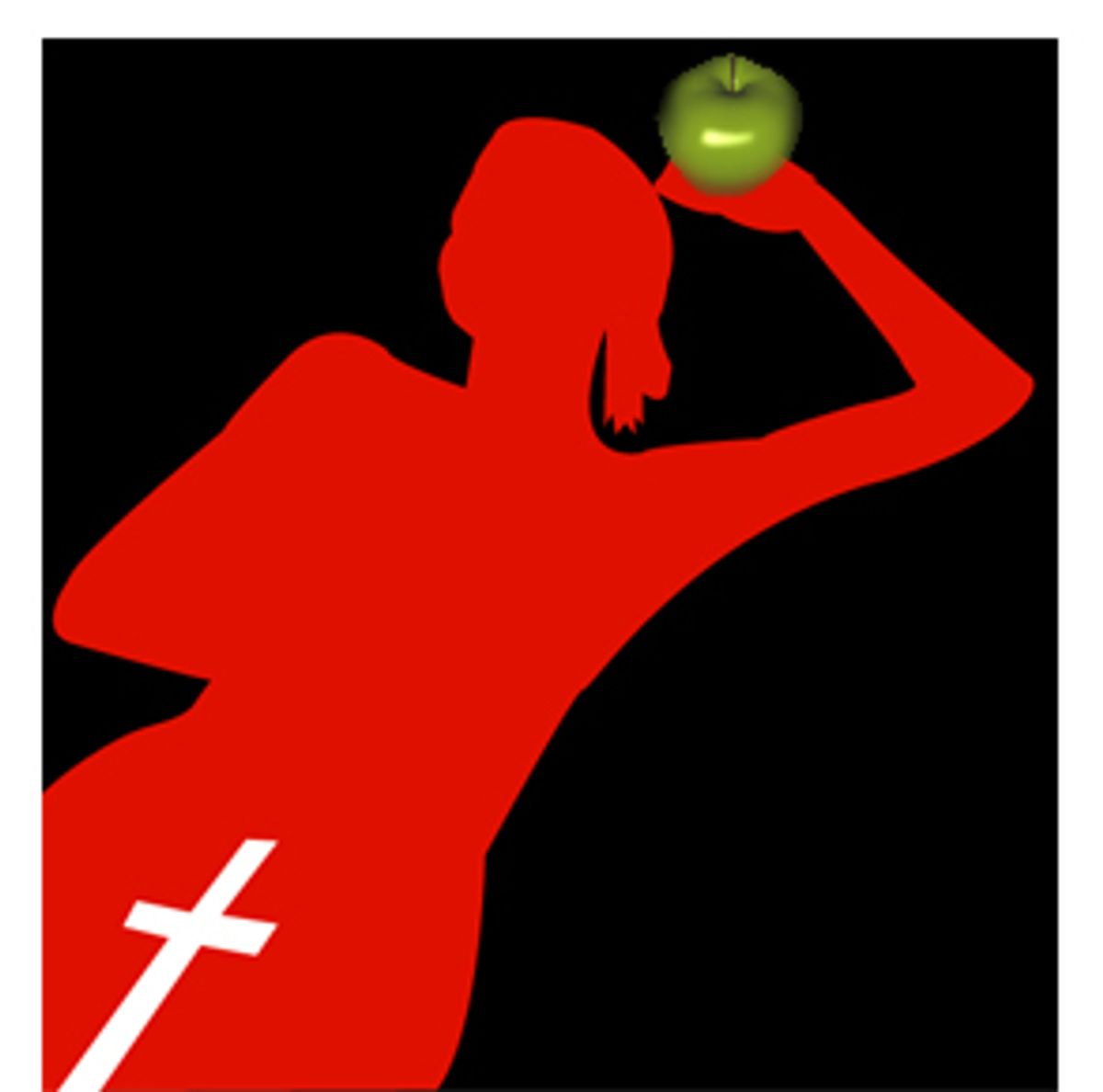 The Rev. Joe Aufdermauer always wanted to be a Catholic priest. Even when he was a boy growing up on a small dairy farm in Wisconsin, he knew. He tried his best to follow all the church's rules, even if it meant setting his parents straight on a few things.

"I always remember we prayed before every meal, but not after meals," he said. "Once as a kid that got me upset, because the nun said you're supposed to pray before and after."

He even wanted to enter the seminary before he began high school, but his father and mother couldn't afford it.

Given his traditional tendencies, it may come as something of a surprise that Aufdermauer is one of three Milwaukee priests who recently sparked a fiery debate in American Catholic thought and theology: Should the church force celibacy on all priests? Aufdermauer and 168 other local pastors who signed his petition say no, and they cite statistics to support their claim: According to the Catholic University of America, for every 100 priests who die or leave the church, only 30 or 40 replace them. Unless the church changes its policy, the Milwaukee priests argue, in a matter of years the Catholic priesthood in America might become an endangered species.

Last Thursday, Bishop Wilton Gregory, the head of the U.S. Conference of Catholic Bishops, turned down the group's request to begin a dialogue on optional celibacy. But despite the setback, Catholics around the country are taking notice. Associations of priests and laypeople in favor of optional celibacy are popping up all over -- in Pennsylvania, New York and Illinois, to name just a few states. And so far congregants have given positive feedback to those groups. In fact, a recent poll conducted by Catholic University showed that 71 percent of Catholics favor optional celibacy.

But resistance within the highly traditional Catholic Church to any kind of change has always been fierce -- Galileo, condemned by the medieval church to finish his days under house arrest for sticking to his belief that Earth revolved around the sun, is just one famous example. And regarding the priesthood, sex, or the lack thereof, is one of Catholicism's most sacred cows, making this kind of reform even more difficult. Although an official papal representative has yet to weigh in on the priestly movement in the States, Pope John Paul II is widely known to be a staunch defender of priestly celibacy.

Salon spoke with Aufdermauer, the 61-year-old associate pastor at St. Matthias Church in Milwaukee, about his reasons for questioning long-held church doctrine and about the chances of igniting what would amount to a sexual revolution in American Catholicism.

For somebody who dreamed of being a part of the priesthood for so long, it seems like a radical decision to promote celibacy as optional.

Last January, at a district meeting [of Milwaukee-area churches], we had to come up with a new five-year plan. Because of the priest shortage, the plan was that we merge parishes; close parishes; and when we didn't have enough priests, to ask laypeople to be parish directors, ask priests to do more work. We're all being stretched so thin already. I said to myself, there's got to be a better way. And that for me was the genesis.

Plus, I just finished reading Don Cozzens' book "Sacred Silence." The basic premise is that we have lots of problems in the church, but everybody is scared silent. Sooner or later, we have to speak out. There's an elephant in the church's living room, and it's the priest shortage. The heart of the Catholic faith is the mass, the Eucharist, and you have to have a priest for that. Without it, Catholic theology falls on its head.

I was taught in Catholic school that the priest is married to the church first and foremost. How do you circumvent that?

The idea that the priest is married to the church is an analogy, a metaphor. Look at any other profession -- look at doctors, lawyers, look at the president of the United States, supposedly the most powerful man in the world, and yet he has time for a wife and a family. Many times, having a wife is not a hindrance [for preachers], but [having a wife] can actually enhance the ministry. Everybody seems to say that getting married is very draining, very demanding, and it probably is. But it's also very refreshing and fulfilling and enhancing. In my own personal life, the one thing I miss after a long, draining day is talking it over with somebody. At my age, I don't have any illusions that I'm going to be able to get married. But that idea -- talking over the day with somebody -- is appealing.

Why then do you think there's so much resistance to moving in that direction?

You'd have to ask the bishops. I'm guessing because it's such a big change of tradition, because we've had celibacy now for almost a thousand years. But during the first thousand years of the Catholic Church, we did not have celibacy.

I don't think most people know that priests were allowed to marry within the first thousand years.

Is that right? Well, around here, they're learning fast.

What kind of response have you received from parishioners?

Ninety-nine-point-nine percent supportive. For most people the issue is, "Duh? What's the problem?" Most people say, "What are the bishops waiting for?" We're promoting optional celibacy. We respect celibacy. Those who would like to enter the priesthood as celibate are welcome. We're not trying to rule it out; we're trying to make it optional.

There has been a mind change over the years, especially with the priest shortage. Here in the Milwaukee archdiocese, we speculate in 12 years, we're going to lose 50 percent of our priests. Now we're not naive enough to think that if the pope were to allow married priests tomorrow that we'd have a whole glut of priests. I don't think that would happen. But I think we'd have a few more, and the priests that are now leaving to get married would stay. We want to attract more candidates, and we want to get back the priests who are leaving. There were two priests in Milwaukee within the last six months who said they decided to leave because they wanted to get married. And they're good priests. Good young guys.

Some would suggest that that simply shows a lack of commitment on their part.

Yeah, you can speculate. But it comes to a breaking point.

So other American priests support you?

Before our petition hit the news, we had 160 priests behind us who already signed the letter, so that speaks for itself. Since we sent the packet of letters to Bishop Gregory, six more have signed, and there's a couple more pending. Now I'm getting calls from around the country and letters supporting our effort. I had a call from Illinois this morning. I got one call from a man in Phoenix who was totally opposed to what we're doing, but that was the only [negative] call that I got.

You must be thrilled that other groups are sprouting up around the country.

I never envisioned it. I'm not a real, what do you call it, expansive thinker. When we did this, and I'm not pulling your leg, I was hoping it would get 3 inches of print maybe in the metro section of our morning paper on page 5. I never dreamt that this would catch fire. But I attribute this to the work of the Spirit. This is not our effort anymore. We're just a couple little pumpkins here. There is a bigger force behind this than the three of us.

There's been a lot made of recent problems with sexual abuse in the priesthood. Sometimes people raise the question as to whether the requirement for celibacy is related to that. Do you think making celibacy optional could help?

I do not believe there is a connection. Sexual abuse of children is not related to one's celibacy or one's sexual life. The percentage of people who sexually abuse minors is just about the same for priests as for dads. Child abuse is not a sexual inclination; it's more of a disease. Even though everybody wants to make one, I don't believe there's a connection. It never entered our minds.

Would you consider proposing opening the priesthood to women?

We're not going there. Because according to our Holy Father [the pope] we cannot discuss that issue.

So you aren't exactly radical.

Not at all. In fact, I'm generally described as middle of the road.

Do you think this debate could lead to a schism similar to the one that the Episcopal Church may now face since they made a gay priest bishop?

No, because most people are in favor of it. National surveys [conducted by the Catholic University of America] show that over 50 percent of priests, maybe more, are in favor of optional celibacy. The only reason we didn't get 50 percent on our petition is that we were not anonymous.

What do you think it's going to take for priests to feel more comfortable speaking out on this?

Courage. The more priests who have the courage to speak out, the more who will get courage. The three of us speaking out -- that wouldn't have made a difference. But the fact that we now have 169 [from the Milwaukee area], that's starting to be noticed.

Was it a difficult decision for you to attach your name to the issue?

Yes. It's one thing to talk about it, but it's a whole other ballgame to put your name on the line and send it to the bishops of the country. But I just love our church, and it just pains me that people cannot have the Eucharist every Sunday. I just felt that somebody had to start talking. It's a sacrifice, but I'm willing to make it. If I get my head cut off, so be it.