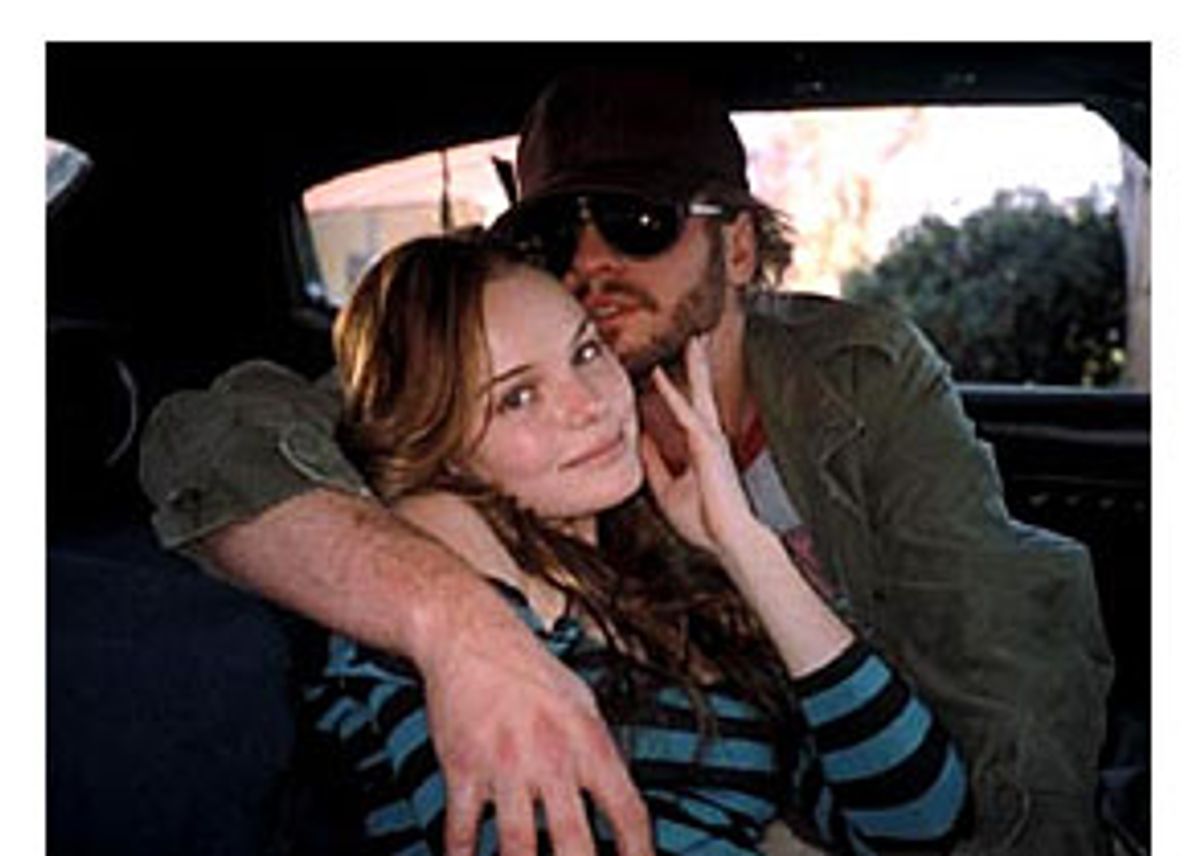 There must be a reason why pictures like "Wonderland" get made. But damned if I can figure out what it is. "Wonderland," directed by James Cox (who also co-wrote the script, with Captain Mauzner and Todd Samovitz), is based on the true story -- or at least the sketchy details that pass for it -- of porn star John Holmes' involvement in the 1981 Wonderland murders, a grisly Hollywood blood bath in which four people were slain; one survivor, a woman named Susan Launius, suffered significant head injuries and was never able to identify the killers. Holmes was arrested and charged in connection with the murders, but was acquitted. He died in 1988 from an AIDS-related illness.

On the surface, "Wonderland" might seem like a useful cautionary tale, a suggestion of what could happen to you if you use your giant penis to forge a career, eventually become washed-up and coked-out, hang out with drug dealers and assorted other ne'er-do-wells and betray your friends willy-nilly. For those of you out there headed in this direction, I urge you to stop right now. There's really no need for you to make a pit stop to see "Wonderland," which is only likely to derail you in your noble endeavor. It's not much fun, and it's not particularly edifying. Even people who are curious about Holmes (he was better known by his screen name, Johnny Wadd; here, he's played by Val Kilmer) won't find out much about him.

The story opens after Holmes' career has already hit the skids. He has taken up with an innocent young hottie named Dawn Schiller (Kate Bosworth), who wanders through the movie in a cloud of Love's Baby Soft, clutching a scrawny little Chihuahua whose giant, moony eyes are an exact complement to hers. She adores Holmes, but he's just no good, as we learn in the movie's first few scenes. His moods change with fierce and frightening speed: He's sulkily angry one minute and angrily sulky the next. Sometimes his face gets very red. He wears really bad shirts.

And he has really lousy taste in friends, counting among his associates a greasy drug lord named Eddie Nash (Eric Bogosian, memorable mostly for the way his furry belly hangs out of an open silk dressing gown -- a sight you're not likely to forget in this millennium or the next), a menacingly jovial biker type (that's Dylan McDermott lurking in there somewhere behind a mysterious forest of facial hair), and a guy who owns a house where there are lots of parties (Josh Lucas, looking like a crazed Kansas frat boy who got whisked away by a tornado to Laurel Canyon). Holmes also has an estranged wife, whom he couldn't care less about most of the time, but who's always there when he really gets into trouble (Lisa Kudrow, whose shrill, nervous intensity gives the movie its one true note).

What, exactly, happened that night in 1981 on Wonderland Avenue? Few people aside from Holmes really knew, and now he's too dead to ask. So in "Wonderland," the story is told in a mishmash-patchwork of scenes, which makes the tale much more confusing than it probably needs to be -- maybe Cox is hoping it will pass for "intricate construction." We get glimpses of the murders throughout, but Cox saves the big guns for the finale: It's a brutal melee, complete with lots of thudding sound effects, filmed in shadowy light that nonetheless shows us much more than we want to see.

The violence in "Wonderland" isn't exactly explicit, but it's still tremendously unpleasant. You could argue that in this type of real-life story, we need to be clubbed over the head with shocking events, so we'll be sure to feel their impact. But "Wonderland" is simply numbing. Even in his porn movies, Holmes didn't bring much to the party except his gargantuan schlong -- he wasn't nearly as dazzling or fun as some of his contemporaries, like John Leslie. And here, Kilmer plays Holmes as if he were a blank window; we get the sense that Holmes was a troubled guy, and maybe, deep down, a sensitive one. But as Kilmer plays him, he's also so shrunkenly self-centered that we can't find any points of connection with him. He gives us nothing, and yet we somehow feel fooled into thinking we're supposed to care about him, because those are the rules: We're the audience and he's the character. If we don't care about him, then what are we doing sitting there, earnest and full of hope, in front of the movie screen in the first place?

But instead of feeling moved or horrified or troubled by Holmes' story, we simply want to get away from him as quickly as possible. He's a bad moon rising. Where's that fast-forward button when you really need it?