Columnist Maureen Dowd led the charge to pillory President Clinton. So why is she panting after the serial groper? 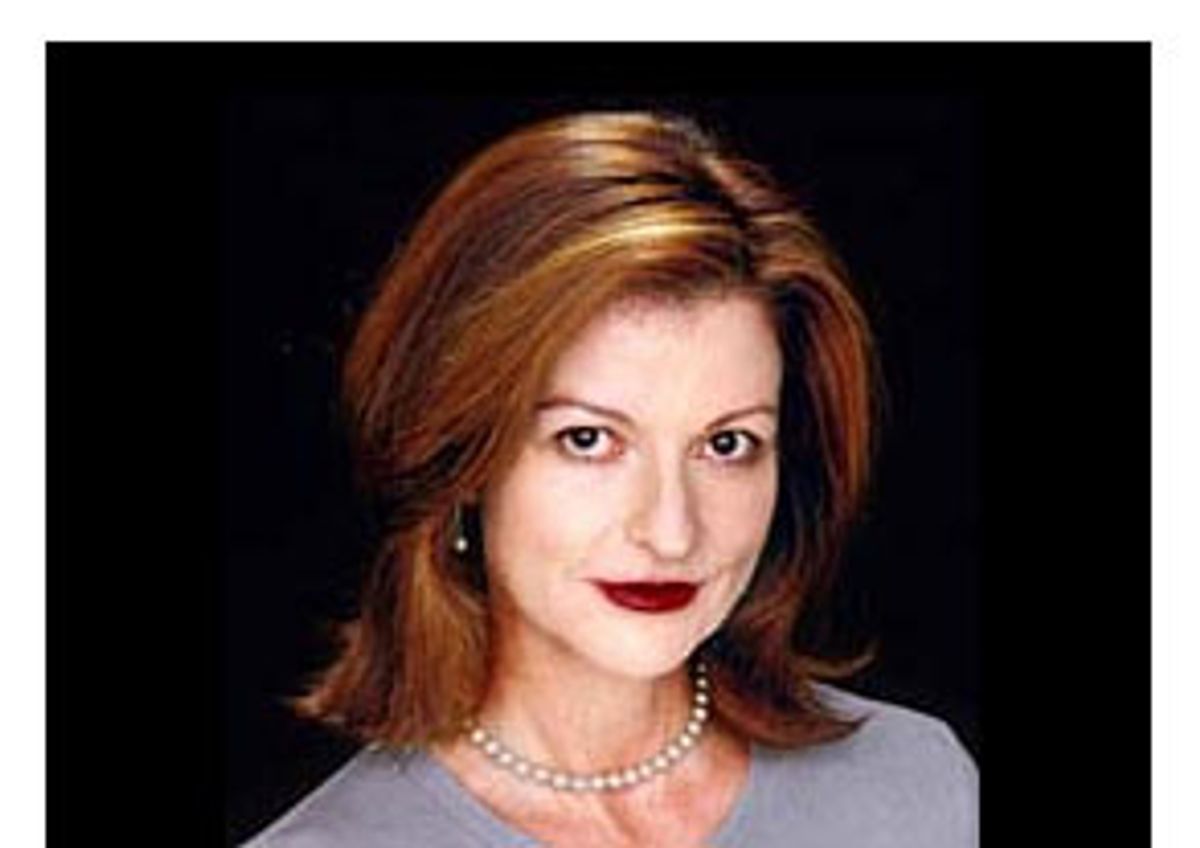 Arnold Schwarzenegger is blaming Gov. Gray Davis and his "puke campaign" for the tsunami of late-breaking stories about the actor's sexual misconduct over the years. But in fact, credit should go to a network of Hollywood women, most but not all Democrats, who've labored in recent weeks to bring the story of Arnold's misogyny -- and I chose that word carefully -- to light. Now that those women are finally getting some attention, I find myself fascinated by another group of female players: the women who've emerged to defend the serial groper even as the ugly charges against him mount.

At least nine women have now come forward, on the record, using their names, to tell the Los Angeles Times about instances when the man who would be governor groped their breasts, grabbed their asses, forced his tongue into their mouths and otherwise molested them when they were powerless to retaliate. (Another six told the Times stories of abuse that others could corroborate, but wouldn't let their names be used, fearing retribution.) As the Hollywood caste system goes, most of these women are somewhere near the bottom: They're secretaries and waitresses and movie extras; some have left the industry; they've got nothing to gain and everything to lose by telling their stories now -- and they're doing it anyway.

Meanwhile, several powerful, successful women have come forward to discredit their less fortunate sisters and defend Schwarzenegger -- even though Arnold himself already admitted to at least some of what he's been accused of. The day the first Times story appeared, he apologized for "behaving badly," telling us, "Where there's smoke, there's fire." That strange admission made me think that the creepy stories about him could merely be "smoke," and that the "fire" -- the truth about what he did -- could be worse than what's been revealed. But what's revealed is bad enough.

Yet none of it seems to trouble the New York Times' Pulitzer Prize-winning columnist Maureen Dowd, one of the actor's alpha-female defenders. Now I admit that even Dowd's admirers know to ignore her columns about Hollywood -- would that her editors knew to kill them -- because despite her trademark cynicism, she's so starstruck when she comes to California she loses her critical faculties. Palm trees make her stupid. Dowd's Hollywood columns are always vanity affairs, strange goo-gahs you can mostly skim and ignore, but on the California recall, her vapid star-worship makes her dangerous.

Before this weekend she'd already written three valentines to Schwarzenegger, featuring banal banter between them that she seemed to think was politically revealing, but which basically read like flirting. Whatever. I've had bad taste in men, too. I bet it's a thrill to have Arnold return your phone calls. But her column Sunday left the realm of banal. On the heels of the ugly allegations against Schwarzenegger in the Times, Dowd tried at first to be funny. "Well, there goes the Jewish women's vote," the clueless shiksa wrote, a tad too glibly, I'd say, referring to the weekend of revelations about Arnold's admiring Adolf Hitler and harassing women.

Then she got angry, but not at Schwarzenegger. She merely called him a "lunkhead" (the "lovable" before "lunkhead" was silent, but you could feel it) while saving her bile for Sen. Hillary Clinton and other feminists who didn't criticize Bill Clinton for his sexual misbehavior. If there's any topic on which Dowd is more unreadable than she is on Hollywood, it's the hypocrisy that was at the heart of the Clinton impeachment farce, in which a bunch of Republican adulterers hounded a Democratic adulterer while claiming it wasn't about sex -- and actually, just like rape, it wasn't about sex, it was about power. But Clinton-hatred deranges Dowd even more than Arnold-love, and in this combo Clinton-Arnold column, she had a moral and intellectual meltdown.

"Feminism died," Dowd raved, "in 1998 when Hillary allowed henchlings and Democrats to demonize Monica as an unbalanced stalker." Of course there's not a shred of evidence, unless you believe Christopher Hitchens, that Democrats "demonized" Monica as a stalker, let alone that Hillary Clinton "allowed" it. And yet this is the Republican line, peddled here by Dowd but repeated endlessly elsewhere: Democrats are hypocrites for attacking Schwarzenegger's behavior toward women when they didn't criticize Clinton's.

The number of ways in which the Schwarzenegger allegations differ from those against Clinton is almost infinite. Unless you believe the vicious and unproven Juanita Broaddrick rape charge -- and interestingly, outside of Rushlimbaugh.com and other right-wing Web sites, none of Arnold's mainstream defenders mention Broaddrick by name -- Clinton did nothing that compares with how the Terminator apparently assaulted his way through Hollywood. And yet Clinton critics who are Schwarzenegger fans slur the president as though he too had been accused of behavior that could be charged as sexual assault or battery. Yes, Paula Jones and Kathleen Willey claimed their contact with Clinton wasn't consensual, but there was plenty of evidence to contradict them. Only the ugly Broaddrick charge, which no one has ever proven, puts Clinton in the same class as Schwarzenegger, who hounded women and wouldn't take no for an answer, exposing their breasts, their buttocks, cornering them in offices and elevators and bathrooms, clearly reveling in the power he had over them, not just the sexual frisson.

It was probably naive to hope that the Times' star political columnist might have had second thoughts about her and her paper's weird willingness to sign on to Kenneth Starr's partisan, moralistic crusade. But at least she should have had sense enough to avoid returning to the subject.

Then there's Susan Estrich, still doing that freak-show thing that gets you on television: posing as a Democrat who, strangely, hates most other Democrats. Estrich's lowest moment during the recall campaign was when she savaged Arianna Huffington for neglecting her daughters by running for governor, on the word of Huffington's Republican ex-husband. Now she's defending the "rowdy, playful" guy who can't keep his hands off strange women's breasts, and attacking his accusers.

"None of these women ... ever came forward to complain," Estrich harrumphed in an Op-Ed piece published by the Los Angeles Times on Friday. She attacked the paper, and Schwarzenegger's accusers, using her post as a law professor to insist that none of the allegations against him could be construed as assault, battery or sexual harassment. Of course, that was before the next wave of women came forward with their accusations, some of which sound very much like they could result in battery charges if his victims had pressed charges promptly.

It's hard not to add Maria Shriver to the list of alpha females protecting Arnold, but for now I'll give her a pass. I have a thing for these long-suffering Kennedy women -- I was raised to -- with their legacy of defending misbehaving men. Maybe Shriver really doesn't believe the stories about her husband. I have to think she doesn't, at least for now, or else she wouldn't let herself be used to discredit her husband's many female accusers. "You can listen to the people who have never met Arnold, or who met him for five seconds 30 years ago. Or you can listen to me," she told a cheering crowd of Republican women this weekend. I suspect Shriver's going to be doing a lot of thinking about who she's going to listen to in the weeks and months to come.

But clearly, plenty of women are ignoring the stories about Arnold's harassment, and supporting him enthusiastically. "You know what?" Margaret O'Hair told Salon Sunday in Sacramento. "Nobody's perfect." And you can't argue with that.

I confess to having moments of scandal-fatigue myself. I opposed impeachment; I thought Clinton's private life should have stayed private; I think "the politics of personal destruction" really is turning off voters. But the pattern of coercion and cruelty in the tales about Schwarzenegger make them qualitatively different from run-of-the-mill stories about his womanizing (and note that while plenty of those stories are out there, too, that's not what the Los Angeles Times included). There's no hypocrisy in having opposed impeachment but believing now that Schwarzenegger's behavior should disqualify him from becoming governor. The hypocrites are Republicans who impeached a president over his sex life, but now try to argue that Schwarzenegger's shouldn't matter -- and supposed feminists like Dowd and Estrich, who defend the whole charade at the expense of the women who've risked their careers to complain about the actor's harassment.

Of course, Hillary Clinton isn't powerful enough to "kill" feminism, and Dowd isn't either, but Sunday was a bad day for sisterhood.