All this useless beauty 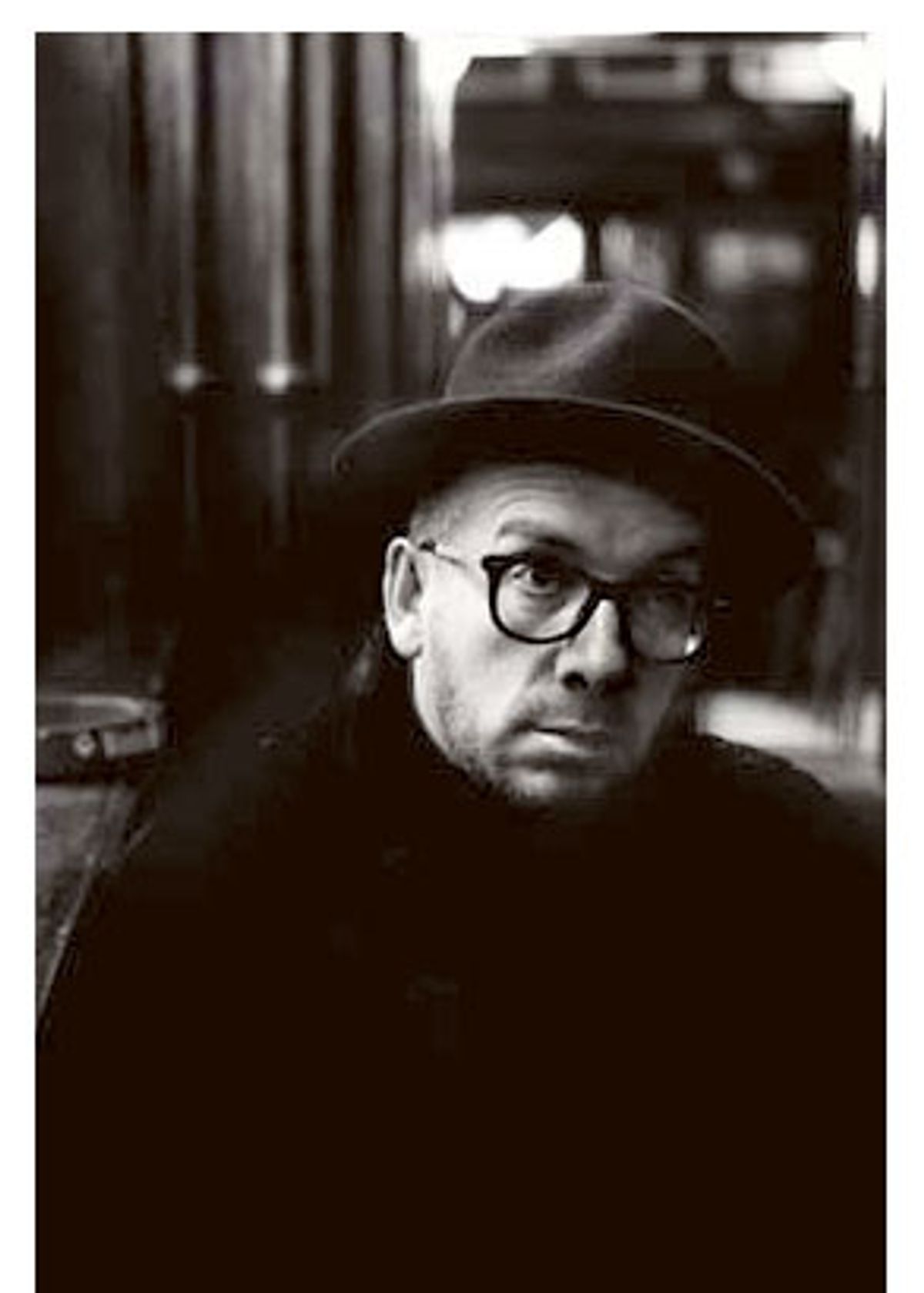 For many years, I had no credibility on the topic of Elvis Costello. I was a rabid fan for way too long. A gigantic promotional poster for "Get Happy!!" hung on my bedroom wall for most of my teenage years, and when I was 15 and living in Memphis, my best friend and I convinced my mom to drive us down to Atlanta to see Elvis and the Attractions kick off the "English Mugs" tour (for the "Trust" LP) at the fabulous Fox Theatre on Peachtree Street.

Now my mom, who by far prefers the earlier Elvis, had no intention of going to the show, and she insisted on bringing some company along for the eight-hour ride and overnight stay. So into our two-door Chrysler Cordoba (with its rich Corinthian leather, natch) piled me, my buddy, my sister, my aunt, my cousin and, oh yes, even my grandmother. Mom also insisted on road-trip soundtrack rights: An 8-track of Dolly Parton's "9 to 5 and Odd Jobs." The entire way.

I've never been the same since.

But that has less to do with the Dolly album (which, like the film it's loosely based on, ain't half bad) than with the show Costello put on, which was great. Even more significant is the fact that I actually got to meet the man after the gig. Along with a relatively small contingent of fellow fanatics, my friend and I staked out the hotel where the band was staying and waited impatiently in the lobby for a sighting.

And waited and waited. Just as we were about to give up and head back to the hotel dejected, we spied Jake Riviera, Costello's famously combustible manager, pitching a fit at the front desk. We thrilled to every syllable of his British-accented invective. Even better, just as Riviera appeared to be simmering down, the members of the band Squeeze -- which had opened the show -- rounded the corner, heading posthaste, it appeared, for the bar.

Pimply-faced teenagers who looked even younger than our tender years, we knew our chances of making it into the hotel's swank watering hole were, shall we say, less than zero. So we did what any self-respecting pair of geeky fanboys would do under similar circumstances -- headed Squeeze off and proceeded to pepper them with questions about how the band would change now that pop crooner Paul Carrack had replaced spastic Farfisa man Jools Holland. Polite Englishmen all, the band fielded our queries and even signed multiple copies of "East Side Story" with complete graciousness.

We were most impressed -- but the big Kahuna had yet to appear.

Just after Squeeze made its great escape, I spotted Pete Thomas, the Attractions' lanky drummer, strolling nonchalantly into the hotel lobby. Next came bassist Bruce Thomas, keyboard maestro Steve Nieve and then, finally, the man himself. Short, sheet-white and bespectacled with the shades he wears on the "Trust" album cover, Elvis sauntered to the center of the lobby escorted by a bevy of beauties and two large bodyguards. At 15, I was already a foot taller than him, but it didn't matter: I was clearly in the presence of rock 'n' roll genius.

"Gr-great show, Elvis," I managed to stammer while reaching down to shake his slightly pudgy hand.

We were a smitten pair, hopelessly devoted to this fount of bitter wisdom and pithy melody. And then Elvis Costello -- Mr. Revenge and Guilt himself -- said the only two words he's ever addressed to me specifically. I, of course, will never forget them.

"Thank you," he replied, and then made for the elevator, entourage in tow.

Anticlimactic? Not at all. If anything, the encounter sealed my fate. Later in my career of obsession, I would write a letter to Rolling Stone defending "Punch the Clock" -- admittedly not Costello's finest hour -- as a "spirited and soulful classic" after a reviewer gave it a so-so write-up. In what I took as a brazen act of contempt, the magazine published my screed above another complaining about a review of the Doobie Brothers' "Farewell Tour" LP.

That was then, however. This is now. I still like "Punch the Clock," but to my ears, Costello hasn't made a great disc in a long, long time.

As anyone who's seen him in concert recently can attest, he's still an engaging live performer. But his albums have become tough to take -- mannered and ponderous (as opposed to the short, sharp stab of his early work), lousy with studied and self-impressed crooning, boatloads of over-emoting and, most depressingly, say-nothing words that aren't even well-crafted. Costello was once the master of the cutting remark, a Dylan-esque wordsmith capable of conjuring and dismissing Winston Churchill, apartheid and the National Front with just a single, improbably well-turned phrase.

Now he's a navel-gazing romantic who apparently let all those Gershwin comparisons go to his head.

Consider the man's latest opus, "North." It's another of his non-rock excursions into Bacharachian la-la land, an album positively larded with orchestral refinement and Brill Building aspiration. Trouble is, there's nary a memorable melody among the disc's 11 tunes. Sure, sure: Tracks such as the disc's pillowy opener, "You Left Me in the Dark," and the jazz-inflected "When Did I Stop Dreaming" are technically impressive, subtle and understated showcases for Costello's octave-scaling range decked out with a supple brass section and Nieve's gorgeous piano flourishes. But as Costello once understood implicitly, just because you can do something fancy doesn't necessarily mean that you should. Emotional resonance trumps technical proficiency in just about every realm of art -- pop music most of all -- and for all their flash and panache, most of the tracks on "North" are just musical Rube Goldberg devices: intricate, fussed-over structures that never lead anywhere worth going.

Costello is a genuine talent, of course, and so there are a handful of exceptions scattered among "North's" shiny rubble. "You Turned to Me" begins as a somber piano ballad before taking a left turn toward a bright melody that cuts against the track's vaguely bitter words. The lovely "When Green Eyes Turn Blue," which glides on a swell of strings, woodwinds and brass, has the feel -- if not the tune -- of a future standard. And when Costello sits down for a turn at the piano on the relatively unadorned "Let Me Tell You About Her," he promptly delivers the disc's most fetching song.

Still, as that track's words allow, "Some things are too personal/ Too intimate to spill." And for all his vocal bravado and feats of musical derring-do, Costello seems to be holding a lot back on "North." The whole thing is humorless, too -- a hallmark of his non-rock work. It's almost as if Costello himself fears that he's just a talented poseur in this idiom and that flashing any of the incisive wit that marks his best records would give the game away. Even the liner notes seem like so much résumé puffery, duly noting that Costello "arranged and conducted" most of the disc's worked-to-death tracks. This from a man who once listed himself (on the credits for the mighty "King of America") as "The Little Hands of Concrete."

Look, I know how this sounds: Some longtime fan prefers the guy's early records. What a surprise. Believe me, though, no one could be more disappointed than I am. I was inclined to think "The Juliet Letters," Costello's pretentious 1993 collaboration with the Brodsky Quartet, was an ambitious one-off, charming for the way it rubbed your face in the man's outsized ambition. And though it came with a depressingly pompous title, I still think 1996's "All This Useless Beauty" got the mix of orchestral reach and pop-rock grasp just about exactly right.

But that's the last Costello disc I can wholeheartedly recommend. Even last year's much-ballyhooed "return to rock" ("When I Was Cruel") seems forced and stodgy, as if the man himself wasn't so interested in that particular batch of tunes.

And why would he be? "North" makes it emphatically clear -- even, finally, to the likes of me -- that Elvis Costello left the building a long time ago and is now in hot pursuit of boring old songbook respectability.

What a way to make a living.