Bush's greens: Too extinct to show up

A California law school held a symposium on Bush's environmental policies -- and the feds stayed home. 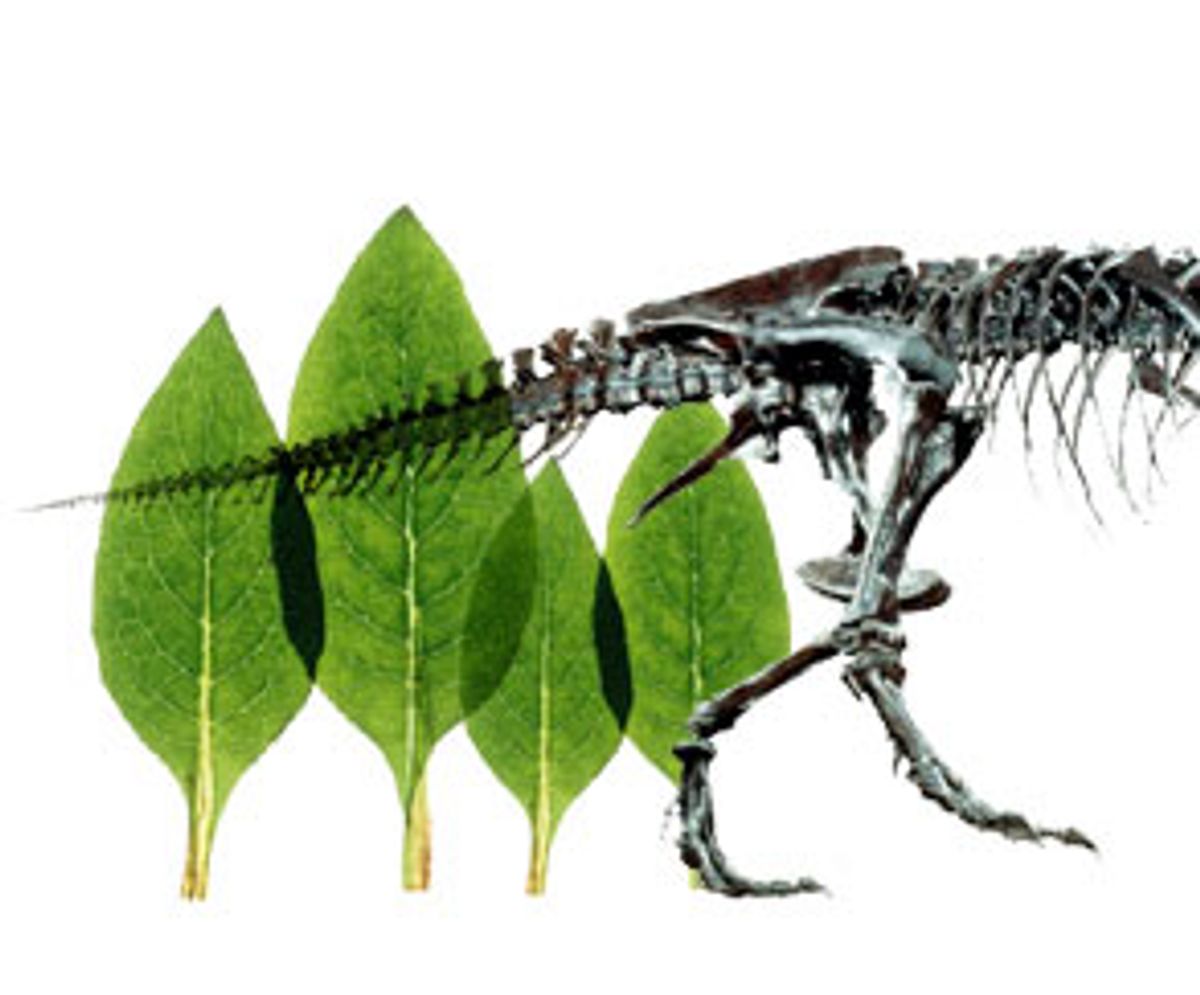 Last Saturday, Golden Gate University Law School in San Francisco held a daylong symposium on the Bush administration's environmental record titled "Wild Ideas: George W. Bush on Wilderness and Wildlife." There was just one problem: The law school couldn't get anyone from the Department of the Interior's National Park Service, U.S. Fish and Wildlife Service or Bureau of Land Management to show up. A former Bureau of Land Management employee, who retired this year, appeared on one panel, noting that within his agency "the administration has been very clear that dissent will not be tolerated."

Opening the conference, Paul Kibel, an adjunct professor at the law school who co-directed the event, stressed that the organizers had tried to get representatives from the agencies being discussed to come talk about their policies and practices: "Several were invited and accepted. Later, some of these invitations were unaccepted." The one National Forest Service employee who did make an appearance got a round of applause from the audience of law students, environmental advocates, lawyers and state regulators for having the courage to show his face.

California Attorney General Bill Lockyer, who gave the event's keynote address, wasn't surprised that federal officials were largely missing in action. "Look at the title. If you were any of the Bushies, would you show up?" he joked, adding: "They're getting a little thin-skinned about trying to defend their environmental record, because it's essentially indefensible."

Lockyer pointed out that nearly every day brings some new salvo from the feds against the environment, pointing to Saturday's news about the Bush administration's plans to change rules about importing endangered species as just the latest example: "Circuses, rich white hunters and the pet store business can buy endangered species in other parts of the planet, so that they will protect those species in other parts of the world." As Rob Roy Smith, an environmental lawyer who spoke on a later panel about endangered species, put it: "I guess the idea is that with fewer animals it will be a lot cheaper to provide habitat for them."

Lockyer compared the new endangered species policy, which advocates trade in the vanishing animals in the name of protecting them, to the administration's "Healthy Forests" and "Clear Skies" initiatives, which amount to relaxing pollution and logging rules to protect the air and forests.

"Mostly it's a '1984' exercise, which hides the most aggressive federalism and big government in the history of the United States," he said.

Citing federal opposition to California's tough offshore-oil-drilling and clean-vehicles laws, Lockyer argued that this administration has taken the side of the oil and auto industries against the expressed desires of Californians, resulting in the "dozens of lawsuits that we fight against the Bush administration to protect state environmental laws that are stronger than federal laws." As for global warming, Lockyer kidded that "by administrative edict the White House has eliminated greenhouse gases. Besides, we no longer have a problem with global warming because carbon dioxide is not one of them."

Audience members quizzed Lockyer about what changes Gov.-elect Schwarzenegger's reign might bring to California's environmental protections. Could having a Republican governor improve the state's contentious relations with the feds on environmental issues? Florida, governed by the president's brother, Jeb Bush, and obviously a key state for the 2004 presidential race, has garnered significant aid from the White House on the environmental front, aiding in stopping offshore oil drilling and restoring the Everglades. Could California see such partisan favoritism from the feds under Gov. Schwarzenegger?

"It's an uncharted area," Lockyer equivocated, "but I think that will change some." He added that he's hopeful that California will "be able to get a little bit of help" in the form of federal aid, which Schwarzenegger has already said he'll ask for.

Lockyer said that while it's too early to really know, he doubts the state's environmental agencies will be cut much, if at all, since they represent such a small sliver of overall spending compared with such huge areas as education, health and welfare.

Speaking on a later panel, Jim Dipeso, policy director of the nonprofit Republicans for Environmental Protection, said that "we have some hope about Mr. Schwarzenegger and his environmental action plan to use renewable energy and create a 'hydrogen highway.' We've got a Republican leader who is actually talking about these issues seriously." He also noted that many leading members of his party simply deny that environmental problems exist or charge that attempting to fix them will hurt the economy.

As a candidate and now as governor-elect, Schwarzenegger, who drives a Hummer, has paid lip service to several green energy and fuel initiatives. He's set a goal of having half of all new homes in the state equipped with solar cells within two years. And he's proposed cutting smog by 50 percent in five to eight years by creating the aforementioned "hydrogen highway," in which California roads would be equipped with hydrogen fueling stations to power new, cleaner fuel-cell cars.

Indeed, Schwarzenegger's currently having one of his own Hummers overhauled to run on hydrogen, a retrofit costing $21,000. But clean-energy advocates have questioned the feasibility of a plan to get so many experimental fuel-cell vehicles on California's roads so quickly.

Dipeso, the Republican environmental advocate, spoke about how past leaders in his party have put the "conservative" in "conservation," like Lincoln who protected Yosemite, and Roosevelt who set aside 230 million acres for future generations. Whether Schwarzenegger has any hope of reinvigorating that green tradition, as Dipeso hopes, or will have the budget to do so, remains to be seen.

In the meantime, under today's Republican president, the federal agencies that manage natural resources sometimes appear to be under orders to destroy what they're chartered to protect. "It appears that the Department of the Interior is trying to expunge the word 'wilderness' from the dictionary," Dipeso said.