In this charming, unsentimental Thanksgiving comedy, Katie Holmes must enlist her Manhattan neighbors to help roast the turkey for her dying mom. 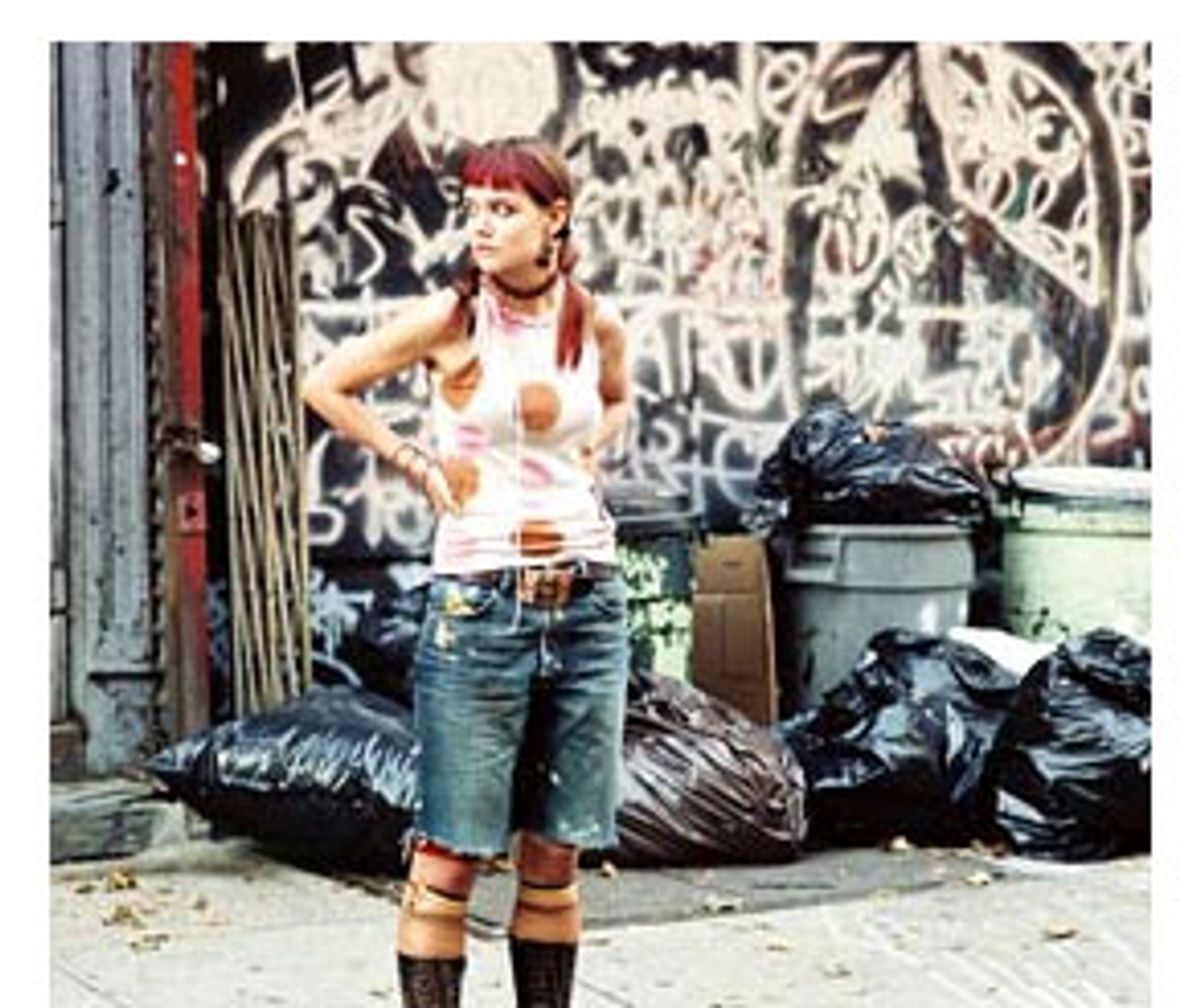 In "Pieces of April," the directorial debut of the gifted novelist and screenwriter Peter Hedges, a young woman who has never quite fit in with her family -- she's the April of the title, played by Katie Holmes -- coaxes them out of their comfy suburban environs to have Thanksgiving dinner at her small, cheerful dump of a flat in Manhattan. April's relationship has always been particularly prickly with her mother, Joy (Patricia Clarkson); certain that they won't be able to stomach April's cooking, the family loads up on doughnuts for their drive down to the city, and Joy remarks that she doesn't have a single pleasant memory of April's childhood or adolescence.

Joy is also dying of cancer, which is part of the reason April is making this heroic cooking effort in the first place. But "Pieces of April," flawed as it is, isn't one of those dreaded "cancer mom" movies. For one thing, as Joy's character is played by Clarkson, a canny, versatile actress who's finally having her moment in the spotlight, she's hardly a delicately deflating victim. You can believe that she was just barely lovable when she was well; her too-sharp observations and lacerating words cut and sting, and we flinch from them even as we sympathize with her for what she's facing.

"Pieces of April" isn't a movie about cancer, but a movie about community as family -- about the makeshift families that we come up with out of necessity when the ones we were born into don't quite fit the bill. And although "Pieces of April" doesn't quite stick together as a whole -- in some places it's conventional and a bit contrived, particularly the ending, which feels rushed and a little tough to buy -- Hedges peppers it with enough wonderful moments that you can't help warming up to it.

Holmes gives April just the right amount of trickster vulnerability: She's one of those adorable punk orphans with sooty, silent-movie-star eyes, a dark fringe of bangs and inky, chipped nail varnish, and you don't doubt for a minute that she put her family through hell. (Joy runs through the list of unforgivable sins April committed while living at home, and they include petulance, drug use, shoplifting, setting the kitchen on fire and, when she was a baby, biting Joy's nipples when she was trying to breast-feed.) But Holmes plays April as a once-spoiled kid who somehow senses that it's now time to grow up. She has a new boyfriend who's clearly devoted to her (Derek Luke, in a sweet, unself-conscious performance); and even though she never comes right out with it, we see that it troubles her that she's about to lose her mother. There's something pathetic and funny about the way she attempts to mash potatoes -- she doesn't realize you're supposed to cook them first, and she looks a bit bewildered as she goes at them with the masher, perplexed that she can't simply will them into shape.

Hedges wrote the novel on which "What's Eating Gilbert Grape" was based, and he adapted the screenplay as well. He also wrote the fine script for Paul and Chris Weitz's "About a Boy." He has a good ear and he's an astute storyteller; he just isn't a natural filmmaker. He doesn't have a particularly strong visual sense -- the fact that the film was shot on digital video only compounds that problem -- and his rhythms are a bit jangly.

Yet Hedges gives "Pieces of April" a nice feel, basting it with warmth even as he shies away from sentimentality. Just after the family stops for those doughnuts, we get a shot of them huddled in the car (April's father is played by Oliver Platt, her siblings by John Gallagher Jr. and Alison Pill; Alice Drummond plays Grandma Dottie, who is, in fact, dotty) and hear the soft, gentle sound of happy masticating as they munch on their Krispy Kremes. Joy breaks the silence (we can just see smudges of doughnut frosting on her face) to wonder aloud, "So tell me -- how can anyone not believe in God?"

Meanwhile, April scrambles to prepare the big meal after realizing her oven is broken. She knocks on her neighbors' doors -- she has just moved in and doesn't know any of them well -- begging for help. An African-American couple (played with great charm by Lillias White and Isiah Whitlock Jr.) eye her with derision and hostility at first -- but before long they've volunteered their oven for two and a half hours of the turkey's cooking time, and have schooled her in the fine points of making cranberry sauce too. But they can't spare their oven for the whole day, so April has to find another one, an odyssey that brings her into some strange households and some wonderful ones -- ending in the flat of a kindly Chinese woman, who puts the finishing touches on the turkey, which has lost a leg in the course of all its apartment-hopping.

The bird is finally done, and the woman -- who speaks no English; her daughter is on hand to translate for her -- pulls back its wrapping to reveal a new leg, which she has made out of dough. It's a simple, unforced, lovely moment, one that reinforces the idea that families -- both the real and makeshift kind -- are haphazard things that you can't control or shape. Only when you allow yourself to give in to their unpredictability do you realize how full of surprises they really are.