A spate of new films -- one with girl-next-door Meg Ryan -- depict graphic oral sex scenes. Is the film industry's portrayal of sexuality finally beginning to get real? 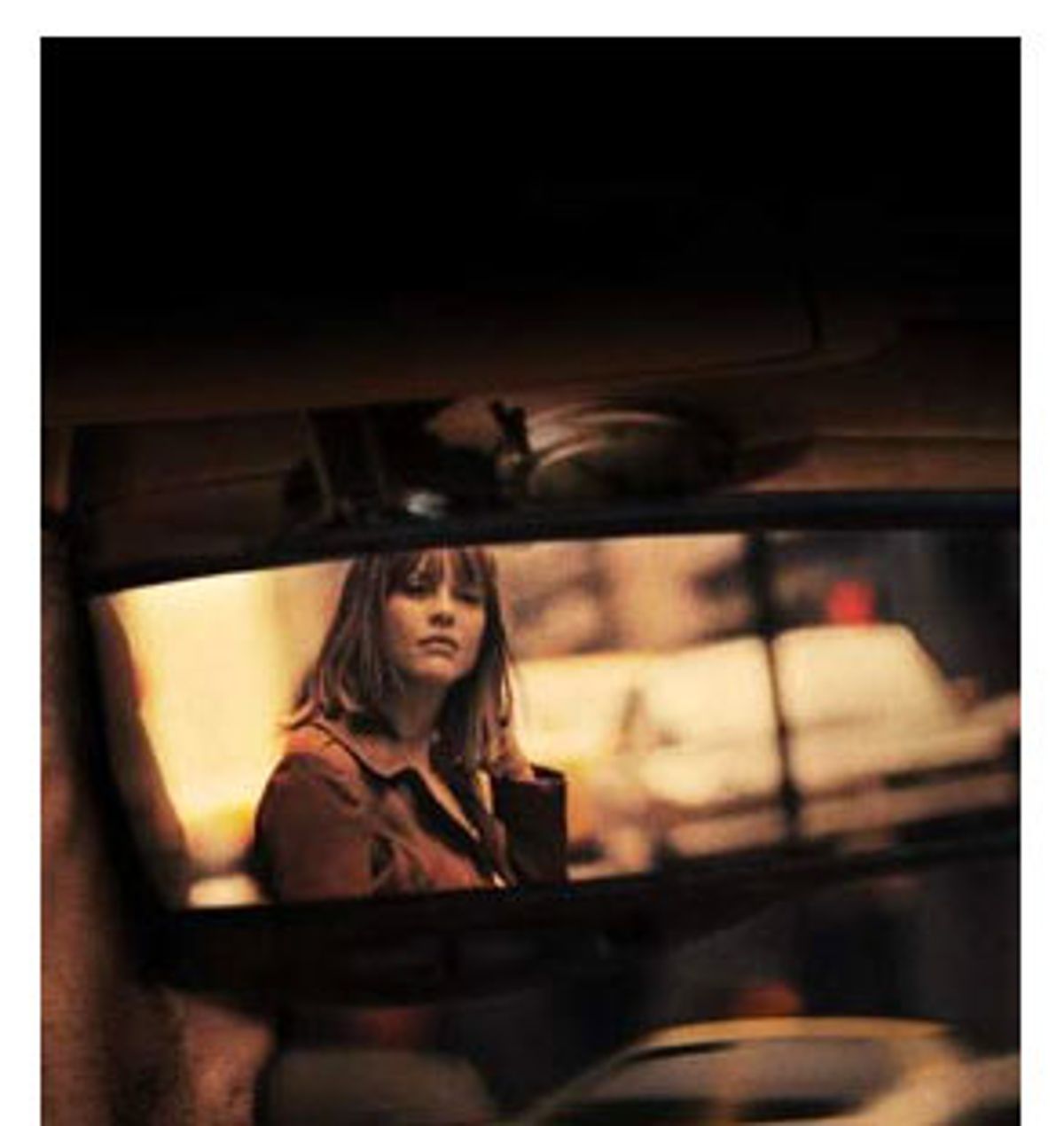 Those who have nursed dirty Meg Ryan fantasies ever since she told Anthony "Goose" Edwards to take her to bed or lose her forever in "Top Gun" probably already have their tickets for "In the Cut," Jane Campion's choppy, erotic thriller that opened on Wednesday. In it, a mustachioed and criminally attractive Mark Ruffalo takes recovering-moppet Ryan to bed, plants her on her stomach, spreads her legs, and performs oral sex on her from behind in a scene that lasts a breathtaking two minutes. A steady master shot with no quick cuts and no "Is that what I think it is?" moments, the scene depicts exactly what you think it does, and even the most jaded filmgoers will feel their pulses quicken.

There is nothing like the visceral jolt of seeing Mark Ruffalo's face delicately ensconced in Meg Ryan's hindquarters to hammer home exactly how rare it is to see oral sex depicted on multiplex screens -- especially when the relevant roving lips reside on the faces of bona fide movie stars. But Ryan and Ruffalo are about to get lots of company on their travels below the belt, as Hollywood experiences early tremors of a graphic oral-sexual revolution. The results may be titillating, but the cumulative impact speaks less to shock value than to the way the film industry's portrayal of realistic sexuality is beginning to evolve.

"The Cooler," which will be released by Lion's Gate on Nov. 26, chronicles the life of a rusted-out Vegas loser (William H. Macy) who hits the erotic jackpot in a relationship with younger, blonder Maria Bello. After a rushed and awkward first encounter, Macy's character makes amends by paying Bello lip service. The cut of the film that screened at the Sundance Film Festival in January shows Bello's face grimacing in a quiet, almost pained orgasm. The camera then moves lower, where Bello's own hand and Macy's face rest in the actress's thatch of brunet pubic hair, earning the film a dreaded NC-17 rating.

In July, the director of "The Cooler," Wayne Kramer, and Bello appeared before the Motion Picture Association of America's parental guideline ratings board to secure the film an R. In exchange for that rating, the brief glimpse of pubic fuzz is history, though audiences will still see Macy nuzzling some serious lower abdomen.

"Apparently, you cannot show pubic hair in a sexual situation," said Bello, rolling her eyes ever so slightly during a recent breakfast. "Our ratings system is so screwed up."

Rich Taylor, the vice president of public affairs for the MPAA, insisted that there is no act-by-act code for rating movies. Rather, he said, a rating is decided in a vote by a board of adults "with parenting experience."

"There is no such thing as one breast is this rating, two breasts is that rating," said Taylor. "The reason the ratings system exists as it does is to get away from the do's and don'ts that was the Hays Code of long ago."

But Bello said she thinks that the objections to the scene were about something else entirely.

"I agree with my director that the reason that scene had to get cut was not about the pubic hair," said the actress. Dressed in pretty pink silk and a gray felt jacket, she was extremely good-natured for someone who was being quizzed about her bush over coffee and some nova.

Equally scary -- surprisingly -- is the sight of a phallus: While the Ryan-Ruffalo coupling survived the ratings board with an R rating, another scene from "In the Cut" depicting fellatio did not. In the version of the film that was shown to the press as recently as a month ago, the scene -- in which an unidentified man's face is obscured in shadow and a woman's head is shown mostly from behind -- included clear shots of a very wet and very erect penis. That penis, like Bello's pubic hair, got cut from the film like so much foreskin. A toned-down version of the act remains. (As, we hope, does a brief glimpse of Little Ruffalo that comes later in the movie.)

Then there's "The Brown Bunny," Vincent Gallo's controversial opus that screened at the Cannes Film Festival in May. "The Brown Bunny" may never get a release, but its director and star, Vincent Gallo, reportedly received his own: The film features an extended blow job administered by Gallo's ex-girlfriend Chloë Sevigny. Sevigny has said that the act was not simulated.

"Men take their penises very seriously," said 36-year-old Bello to me later, in reference to a line she came up with for "The Cooler" in which she palms Macy's bits and says, "You have a really great cock."

"I mean," she licked some cream cheese off her thumb, "they take them very seriously."

Well, sure they do. Which is one of the reasons that showing them (the penises) or showing a woman pleasured without the benefit of one has been so rare.

So what has prompted this new wave of Hollywood head?

"It was actually Bill [Macy]'s idea," said Bello with a grin. She explained that during the filming of the low-budget movie, she, Macy and Kramer improvised the intense love scenes as they went along, asking each other, "What does it look like?" when two people have sex for the first time, and then for a second time.

It was for this second scene that, according to Bello, Macy proclaimed, "I think it's such an intimate thing for a man to go down on a woman." "That scared me," she said, pushing back from the table. "To be that open and exposed." Bello said it was the psychology that frightened her more than the prospect of actually filming. She and Macy were close, she said, careful to point out that they have children the same age -- he with actress wife Felicity Huffman, she with screenwriter Dan McDermott, her "man" of six years.

Even so, the fact that it's tough to fake an oral-sex scene is probably one of the things that has contributed to the paucity of them on-screen.

Where even the most graphic genital sex can be simulated -- with a body double if need be, oral sex by definition requires the most recognizable part of a performer's anatomy -- his or her face -- to be in the shot, lending every such scene the dangerous They-Totally-Did-It! frisson of Donald Sutherland and Julie Christie in "Don't Look Now."

Not that there haven't been other films that featured dirty mouthfuls. "Monster's Ball," "Boys Don't Cry," "Two Girls and a Guy," and Campion's "Holy Smoke" all gave nods to the muff dive. There's Julie Christie again, giving Warren Beatty a hummer under a table in "Shampoo." Even "Pretty Woman" includes a scene in which Julia Roberts unzips a seated Richard Gere's pants and hunkers down for some quality time between his legs. But then, she was a hooker. And the other films feature convicts, transsexuals, cult members, threesome-enthusiasts, Warren Beatty, and other creatures of supposedly voracious and perversely fervid appetites. Disabled Vietnam veteran Jon Voight's oral attention to Jane Fonda in 1978's "Coming Home" is practically patriotic.

"It has to do with our lingering Victorian attitudes about sex," said Dan Weiner, sex therapist and assistant professor of psychiatry and human behavior at Brown University. "There are still a lot of things we do that we don't talk about and that we don't feel comfortable seeing in a public place like a movie theater."

Past oral-sex scenes have also followed a fairly routine model: one head moves downward from a shared kiss, leaving the frame. The camera lingers on the other partner's face. There is panting, groaning, glistening, and a conveniently speedy paroxysm of eye-rolling pleasure.

"Usually what you see is the huh-huh heavy breathing," said Bello, wetting her lips, throwing her head back for a moment, and slapping the table of our booth for a climax imitation that immediately recalls Meg Ryan's orgasmic theatrics in Katz's deli in "When Harry Met Sally." She took another bite of her bagel.

"What it looks like in real life can include that" -- Bello nodded her head to the side, indicating her own passion-flushed face of 20 seconds ago -- "but that is not the only thing that sex and intimacy is about." Bello reminds me that her on-screen cunnilingual climax follows directly on the heels of a painful conversation that her character has with Macy's character. She said that she conceived of his ministrations as healing as much as stimulating.

"Orgasm isn't always a joyful release," said the actress. "Sometimes it can be the release of old wounds, of a desperation to experience real feeling again, of pain. I mean, sexuality is just so much more complicated than what we have experienced in the American cinema so far. Thank god there are some films that are starting to be more open to real kinds of sexuality."

Weiner agreed. "If there are more films that are featuring oral sex," he said, confessing that he has barely set foot in a movie theater since the birth of his first child three and a half years ago, "then that's a positive development. I agree that there should be more non-penis-centered sex on the screen. The broader the range of sexual experiences depicted, the better. It removes some of the taboo feeling from some of these acts."

Weiner said that as a clinician, he frequently encounters problems with people whose ideas of what sex is supposed to be have been influenced negatively by the media.

"Most people -- except under rare circumstances -- do not get to actually witness other people having sex," except on movie and television screens, said Weiner. The glorified Hollywood couplings they're left with give them "unrealistic expectations of what sex is supposed to be, and then they set terribly high standards for themselves."

Which is not to say that this spate of munchy erotica portrays the amorous embrace with the stark realism of, say, your life.

Maria Bello is hotter and William H. Macy more talented than anyone any of us is likely to take home anytime soon. And have I already mentioned Mark Ruffalo? Meg Ryan -- despite a distressing new look that suggests she has had a small trout implanted in each of her lips -- is Meg Ryan. And the lighting, music and cleanish sheets of these films suggest scenes that already trump reality.

But one of the pleasures of kinkier mainstream movies is that they jump-start our imaginations in a way that the familiar sweat-damp sexual wrestling of beautiful people has long since ceased to do. When I told Bello about the oral sex episode in "In the Cut," she paused for a moment and fixed her eyes in the middle distance.

"It sounds amazing," she said dreamily, snapping out of it only when I asked her if she was trying to picture the scene.