The FCC's Michael Powell says a shortage of local and community affairs programming has nothing to do with media conglomeration. But at a North Carolina hearing, he heard from his critics. 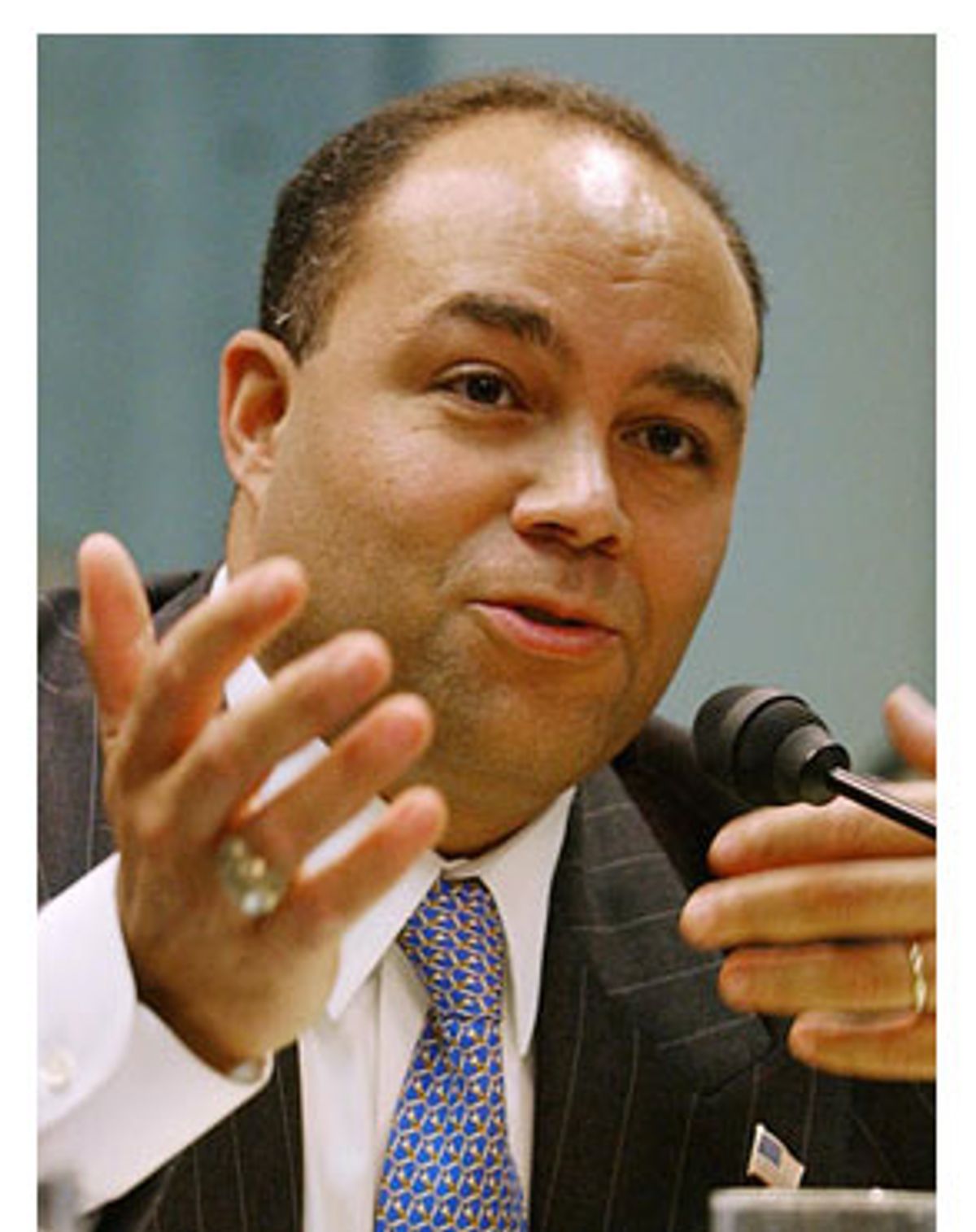 Federal Communications Commission chairman Michael Powell held a public hearing in Charlotte, N.C., Wednesday night to address how media companies serve their local communities. But during a marathon open-mike session, many in the standing-room-only crowd were ready to talk about thornier issues, like the controversial media ownership rules the commission passed this summer, and outlandish behavior by local Clear Channel DJs. The message from Powell's FCC was that such topics were irrelevant. But critics had their say anyway.

It was Powell's first public outing since the FCC passed new media-ownership rules, on a party-line vote, in June. The move would allow large companies to buy more television stations and to own a newspaper and a broadcast outlet in the same city. The topic has mushroomed into a political firestorm, with the FCC facing unexpectedly stiff resistance to the rule changes from both ends of the political spectrum.

During the ownership debate, Powell suggested that a lot of the complaints he was hearing about the media -- that there's too much sex and violence on TV, and not enough community affairs programming on the airwaves -- stemmed from how individual stations were being run locally, not by who owned them nationally. So in August he appointed a task force to study the issue of localism, hold public hearings, and report back in one year. The FCC hearing in Charlotte was the first of six to be held across the country, in an effort to evaluate how well radio and television are serving the public interest. Broadcasters are obligated to serve the public good in order to get their licenses renewed.

Critics of the new FCC rules insist the issues of localism and ownership are inseparable. They argue that if radio and television stations are locally or regionally owned, participation in the community will be much more dynamic than if the owners are thousands of miles away overseeing a constellation of properties.

Tensions rose as Wednesday's hearing neared, with some activists complaining that Powell's FCC -- by emphasizing that the topic of the night was localism, not ownership -- was trying to quash discussion of the recently passed ownership rules.

Local singer-songwriter Tift Merritt was invited to speak on one of the night's two panels, but was told by the commission that ownership issues would not be discussed, which surprised her. "It's almost irresponsible to talk about localism and not talk about media conglomeration," Merritt says.

The same was true of another panelist, Jim Goodmon, the president of North Carolina's Capital Broadcast Company and a fierce opponent to the lifting of the media ownership caps. "When Jim was asked to testify, it was made clear to us that this was about localism and not about ownership," says Dianne Smith, special projects counsel for Capital Broadcasting. "We were surprised, because it's difficult to divorce ownership from localism."

And when David McConville, an independent media producer from Asheville, N.C., contacted the FCC about speaking at the hearing, he says he received a call back from a commission staffer telling him if he wanted to talk about ownership he should do it near the end of his remarks so the moderator wouldn't cut him off. "The ownership rules, that's what everybody's fired up about," McConville says.

"It's kind of eerie," said Josh Silver on the eve of the hearing. He's the managing director of Free Press, a nonpartisan media advocacy group. "The chairman of the FCC trying to muzzle the public and force the terms of the debate is a little undemocratic."

An FCC spokesman adamantly denied there was any attempt to curb debate. "Nobody's being censored. That's pure spin horseshit," says the commission's David Fisk. "The purpose of the hearing is to talk about individual licensees and their service to the community. This is not about how many stations a group owner can have. The hearing has a focus and you encourage people to stay within that focus."

In the end, ownership rules were debated, thanks in part to Rep. David Price, D-N.C., a panelist who stressed early on in the evening that media ownership and local participation are interwoven. Price is among many in Congress who are trying to turn back the FCC's ownership rules. To date, the commission has received 3 million signatures in opposition to the rules, an unprecedented outpouring of public concern. And in a string of surprising moves, the 3rd U.S. Circuit Court of Appeals has stayed implementation of the new rules, while the U.S. Senate has passed a resolution of disapproval, which overrides the FCC rules. (Democrats in the House are trying to force a similar vote, but the Republican leadership refuses to allow it.)

As for localism and serving communities, charity representatives at the hearing lauded the good work some media companies do in helping spread awareness and raise money for good causes. But several North Carolina locals expressed outrage over the recent behavior of a Clear Channel DJ for inciting violence against bicyclists. "The bikers were irate," says McConville, who attending the hearing.

In September, Bob Dumas, morning man at Raleigh's WDCG-FM radio station, told listeners he hated to see bicycle riders on the road, laughed at stories about running cyclists down, and joked about throwing empty bottles at them. According to Bicycle magazine, it was the just the latest in a string of anti-bicycling rants recently aired on Clear Channel stations, with others erupting in San Jose, Cleveland and Houston.

Powell told residents that complaints had been filed with the FCC over the incident, although he noted that the commission usually rules only on issues of indecency.