For the cable news networks, a coordinated bombing campaign in Iraq isn't as easy to cover as a rash of West Coast fires. But shouldn't they try? 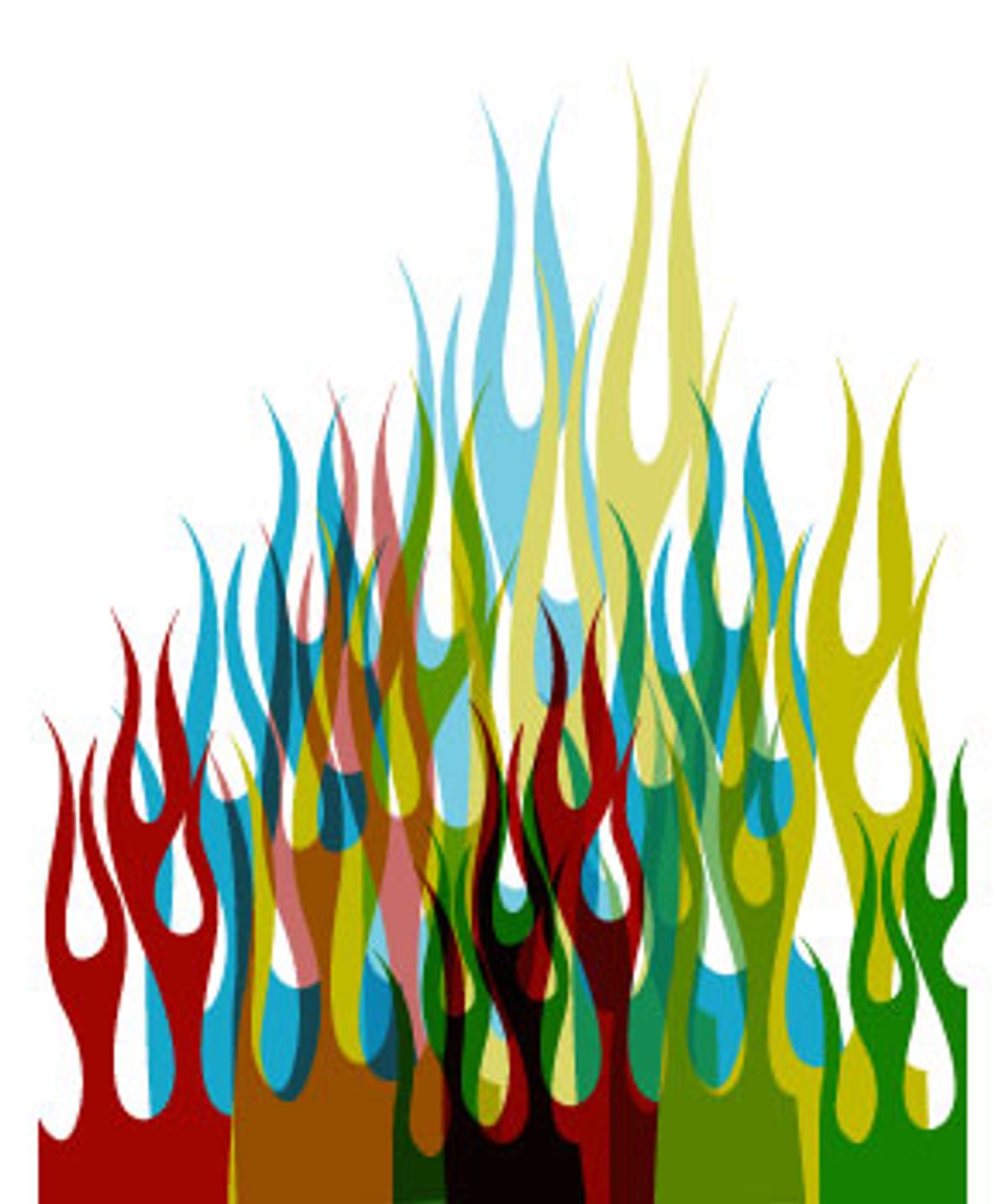 Terrorists turned downtown Baghdad into a shooting gallery on Sunday and Monday, uncorking a string of openly brazen, successful attacks, killing more than 30 people and wounding more than 200. At least 29 U.S. soldiers were hurt, eight National Guardsmen reportedly among them. Not only did the terrorists pull off the unthinkable -- launching sustained missile attacks against the heavily fortified al-Rashid hotel, where Deputy Secretary of Defense Paul Wolfowitz was nearly killed -- but they unleashed a string of attacks on Iraqi civilians working inside the International Red Cross headquarters as well as newly opened Baghdad police stations.

Coming on the first day of Ramadan, it was a Jihadist mini-Tet Offensive, a stinging declaration that contrary to White House claims, American troops were not in control of the situation on the ground. Reading Monday's wires and updated dispatches from newspaper Web sites about the deadliest day in Baghdad since Saddam Hussein was driven from power, one conclusion was inescapable: Six months after President Bush announced that major combat in Iraq had ended, postwar reconstruction in Iraq may have hit a new low.

But news consumers channel-surfing Monday got a very different message about the stunning attacks. From CNN, MSNBC and Fox News the implication was that the big bombs went off in Baghdad and casualties were high, but all in all, the killings did not represent extraordinary events or warrant special coverage. Instead, the deadly meltdown in Iraq was placed alongside (and often behind) news of the sweeping California wildfires, the latest tell-all book about Princess Di, the D.C. sniper trial, assisted suicides, and endless recaps of Sunday night's Democratic presidential debate.

Yes, there were Baghdad updates on the top of each hour from MSNBC, Fox News Channel and CNN. And all three dutifully carried live Bush's familiar rhetoric that terrorists are becoming more "desperate" with each chapter of the reconstruction process, and that he remains "even more determined to work with the Iraqi people" to restore peace to Iraq. The clip was looped throughout the day on the news channels. But there was no urgency -- no special reporting required -- in covering this chaotic and bloody episode in the war on terror. And there was certainly no larger public discussion about the Bush policy that launched the war and that so poorly planned for the reconstruction.

Of the three, MSNBC did the best in offering in-studio analysis about the Baghdad bombings. Retired Gen. Jack Jacobs and the Cato Institute's Charles Pena painted a bleak picture in the few minutes they were allotted. Over at Fox, dissent during the day was essentially banned, as a steady stream of retired military men appeared on-screen to parrot the White House line about the need to take the war to the terrorists before they take it to America. And for the most part, CNN simply played the breaking news straight, updating the events from Baghdad but offering little in the way of perspective about the long-term security and political implications.

If the administration could have asked the cable news outlets for two favors on Monday, it would have been to report the bloody news from Baghdad as troubling but not dire, and to put into the past any debate about the merits of the war. The White House had its wishes granted by MSNBC, Fox and CNN -- For instance, a Nexis search did not find a single mention on CNN of Sunday's sizable antiwar demonstrations in Washington and San Francisco. It's also worth pointing out that Monday's timid TV coverage came against the backdrop of White House complaints that the American media is painting an overly pessimistic picture of life in Iraq. Recently, Bush tried to get around what he called the national news "filter," by granting a series of interviews with local news outlets in hopes of more sympathetic coverage. (Americans aren't buying the president's press theory, though; according to a Pew Research Center for the People and the Press, 38 percent thought the news was making the Iraqi situation seem worse than reality, while 36 percent thought the reports were about right.)

To be fair, the raging fires in California are a natural for TV, with riveting pictures, a panicked populace, and an outpouring of sympathy for those about to see their homes consumed. And it's also an easy story to cover because the only bad guy is Mother Nature. But it's telling that the wildfires bumped the Baghdad chaos off the cable screens much of the day, because the news channel now covers the deadly postwar situation in Iraq much like an act of nature, as if nobody's responsible for the Iraq policy initiated by Bush, and that it's somehow out of our collective hands.

It's a pattern we've seen before, most glaringly on Aug. 19, when terrorists bombed the United Nations headquarters in Baghdad, killing nearly two dozen people. Later that day, a Palestinian suicide bomber detonated a bomb on a crowded Israeli bus, killing more than 20. The explosions made a mockery of White House claims that Iraqi terrorists were on the run and that overthrowing Saddam would make it easier to forge a Mideast peace plan. At that time, all the cable outlets broke into their regular programming with sustained, hour-after-hour coverage. But for viewers, the events seemed to happen in a strange cable news vacuum, where criticism of the White House was deemed off-limits. Check CNN's entire day's worth of transcripts on that bloody Tuesday and try to find a single instance in which the Bush administration's extreme policies were seriously questioned.

Of course, the time for finger-pointing was not when Iraqi civilians and U.S. troops were digging through the U.N. rubble searching for survivors and identifying the dead. But even on the Aug. 19 broadcast of CNN's "Inside Politics," the exact forum to talk bare-knuckle politics and, yes, play the blame game, the news network refused to dwell on the obvious: that the Bush administration's rhetoric over the summer about how Iraq was becoming more secure and prosperous simply did not match reality. Sen. Bob Graham, D-Fla., gave CNN a sound bite saying that "the president failed in a fundamental element of leadership to let the American people know before the war in Iraq commenced what the consequences would be in terms of casualties, duration of occupation and cost." But the bulk of time was handed to Sen. John McCain, R-Ariz., a frequent White House critic -- but not, generally, on Iraq. Two days later, "Inside Politics" returned to the theme of Iraq and what the political implications would be for Bush, but amazingly, CNN didn't interview any Democrats, just Republicans.

According to a recent CNN poll -- which received little attention on-air --fully 50 percent of Americans now think events in Iraq are out of the United States' control, and a clear majority don't think the war was worth the loss of American life. The White House may not like it, but the cable news outlets are going to have to start covering that reality about Iraq.