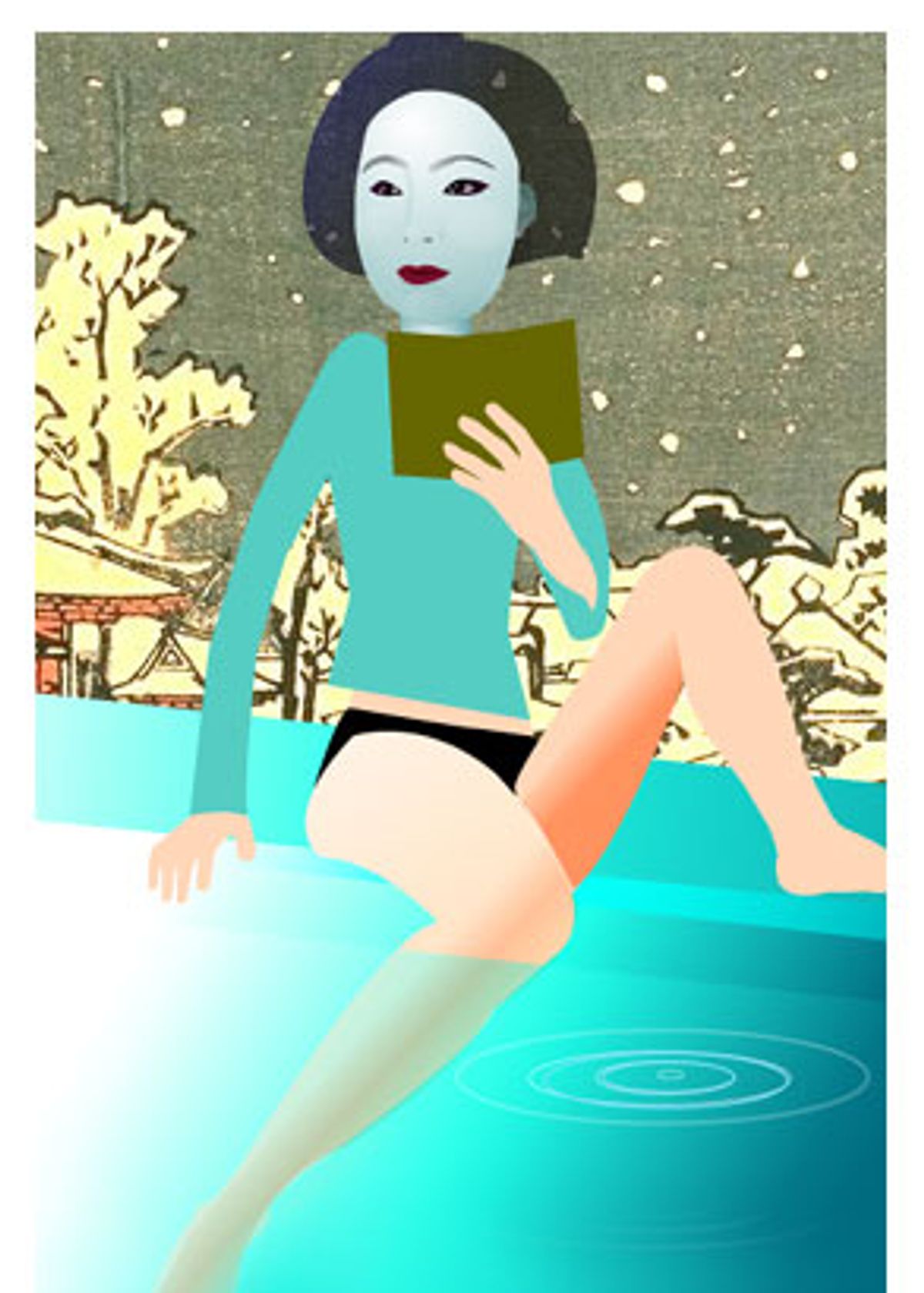 "Where's the gain in setting fire to the nest you live in," asks a woman known only as L, about two-thirds of the way through Toni Morrison's new novel, "if you have to live in the ashes for 50 years?"

The question, like so much of the discourse in this brief, dense and devastating book, is rhetorical. There's no end to the bitter, pointless and destructive things the people in "Love" will do to each other in the name of love. If they have to live among the ruins themselves, hey, at least it's a world they created. The larger question -- that of why the network of people surrounding a defunct beach resort and its dead patriarch, who are linked to each other by blood, by money and, yes, by love, can't stop acting like a pack of angry, wounded animals -- is never quite asked, let alone answered. But the clues, in this masterly work whose scale is much bigger than it appears to be, are everywhere.

Morrison may not believe in original sin, in the old-fashioned theological sense, but she surely believes in really old sin. Like one of her clearest literary ancestors, William Faulkner, Morrison also believes that the past is not past and the dead are not dead. (She may also suspect that the demonic forces that L calls "Police-heads," who live in the ocean and "harm loose women" and "eat disobedient children," are not entirely imaginary.)

Bill Cosey, the long-dead proprietor of the deluxe beach hotel in an unnamed Southern state that attracted affluent blacks from all over the country during its Depression heyday, was a generous, stylish and charismatic man, a feudal pioneer of African-American entrepreneurship -- and also something of a tyrant and a monster. Years after his death, in the novel's present tense, his widow and his granddaughter (it takes a while to sort out the relationships in Morrison's layered, cumulative and demanding narrative) are trapped together in mutual hatred, living in a house he left to one of them. But nobody is sure which one of them; Cosey's will is a disjointed scribble in the margins of a 1950s hotel menu, and his reference to "my sweet Cosey child" might mean either of them -- or someone else entirely. (There is, of course, a missing and mysterious Cosey mistress.) To make matters ever so much more tormented, his widow Heed (her full given name, marvelously, is Heed the Night) and her stepgranddaughter Christine are the same age and were passionate friends as little girls, until -- well, you get the general idea.

Into Heed and Christine's near-psychotic household come two young people, both in some ways innocent but both already marked, in ways they can scarcely apprehend, by the ghost of Bill Cosey. (And, less directly but just as inevitably, by the ghosts that haunted Cosey himself -- his father, known locally as Dark, built a fortune by informing on local blacks to the white police.) One is Romen, a muscular 14-year-old who lives with his upstanding grandparents in the middle-class community of Silk, where the Cosey women also live. Much of "Love" is a compassionate exploration of Romen's struggle to decide what kind of man he is likely to become, in a society whose models of African-American masculinity offer thuglife rappers on one hand and Bill Cosey on the other.

The other, though, may be Morrison's finest creation in this book. A wild girl from a dirt-poor community called only "the Settlement" who was recently released from prison, she calls herself Junior, although her real name is something else. She shows up in a miniskirt and no underwear on one of the coldest days Silk has ever seen, mesmerizing Romen's grandfather in his driveway with her goosebump-free exposed flesh. Junior seems familiar to everybody, but neither the characters nor Morrison herself can pin her down. Everybody in "Love" is obsessed with Bill Cosey, but Junior hears his voice, smells his cologne, sees his well-manicured hand on the doorknob. Like Cosey himself, Junior seems to be an apparition from the realms of sex and power, a seductive, heartless demon conjured up from the dark places of American history.

Some people, who probably haven't read Morrison in the first place, have a tendency to dismiss her as a propagandist, a victimologist, a knee-jerk uplifter of the race. As a Nobel laureate and the most celebrated black writer in history, she makes a large and satisfying target. But while "Love" is indeed, in some large sense, a novel about the damaging legacy of slavery and racism, there is nothing simplistic anywhere in it. In no way does Morrison provide ideological excuses for Bill Cosey or the warring women around him, or apologize for the rape and murder, the petty torment and the money-grubbing and the malicious arson fires and the corruption that have poisoned the Cosey resort and the Cosey world.

Along the way, though, she does depict a lost kingdom, an all-but-forgotten place and way of life, in typically peerless language and in tones that are not so much bittersweet as biblical. As L, the hotel's former cook and one of the only "Cosey women" to escape the place with body and soul intact, watches over the proceedings like a spectral presence, and as Romen's grandparents plod along in their ordinary, respectable life, Morrison even suggests that it's possible to outlast a force as reckless and as destructive as love.

Our next pick: From the author of "Snow Falling on Cedars," a tale of a traumatized girl who meets the Virgin Mary in the woods