Don't try to take him to a disco

In a new greatest-hits time capsule, Michigan's monumentally unhip Bob Seger stays true to his vision of a now-extinct America -- and makes you nostalgic for nostalgia. 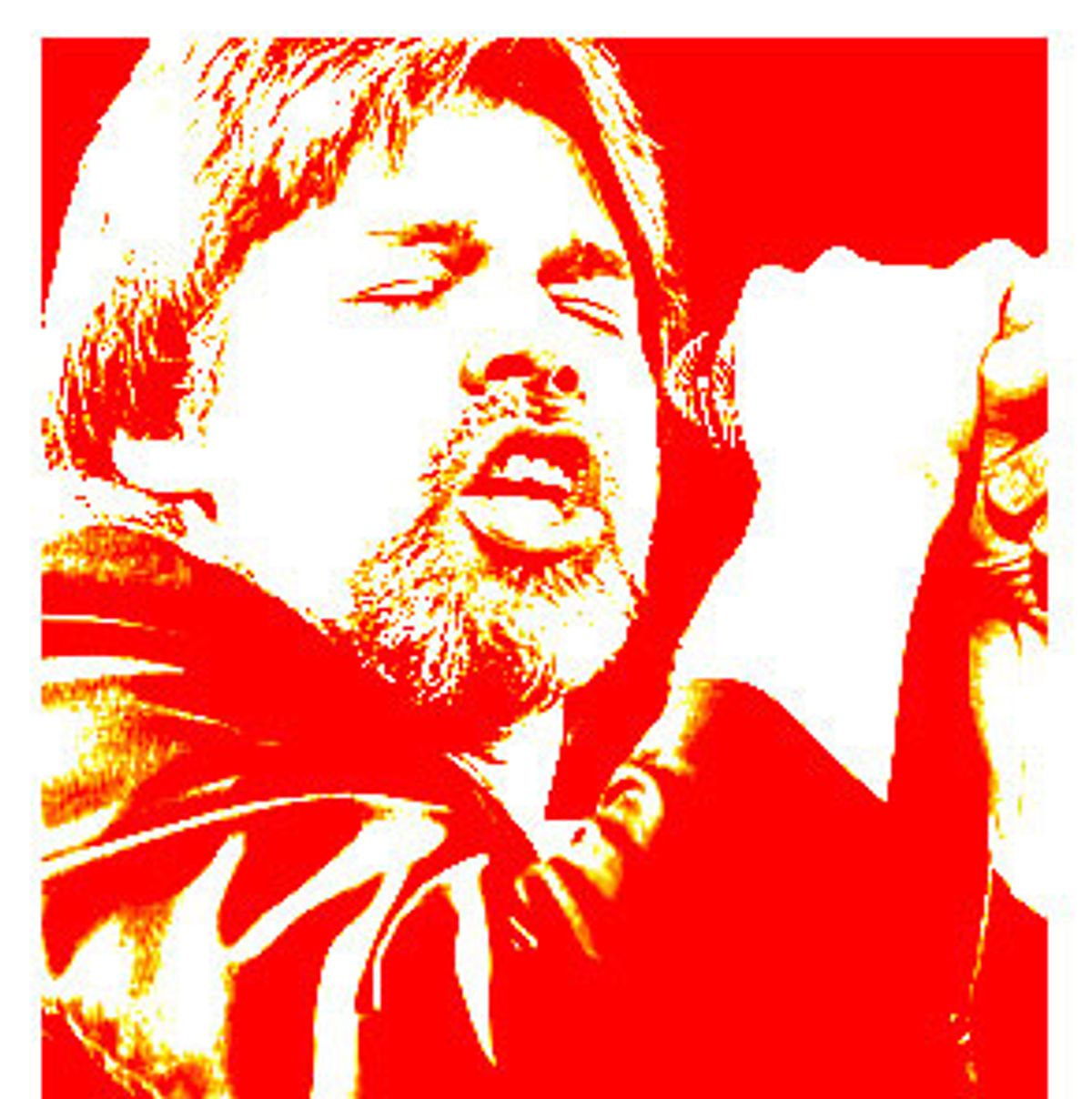 Springsteen. Buffett. Mellencamp. The slim history of the records bought by the men in my family is written in last names only. Referring to musicians that way makes appreciating them seem less wussy, and it lends them the respect usually reserved for athletes. These singers weren't the pansexual European weirdos that my brother and I listened to, they were regular guys who gave fans their money's worth by playing three-hour shows, demanded domestic beer in their dressing rooms, and -- although they were more in touch with their feelings than any male I'm related to would ever allow himself to be while sober -- would probably make great co-workers.

Springsteen may have been the Boss, but Seger (never called Bob, of course) was the shop steward. A bulky, bearded Michigander who looked like he'd wandered off the assembly line and onto center stage at Cobo Hall, Seger sang about Midwestern girls who went to L.A. and became phonies, how disco sucks and about getting some in the back seat. My dad saw Seger regularly when he was starting out in Ann Arbor, so there was plenty of evidence that his rise to multi-platinum stardom could be attributed to hard work. And his best song, "Like a Rock," was a hymn to reliability that later became a classic reminder to Buy American. Around my parents' house, these are what are known as the Core Values.

Seger made sturdiness rock. Just take those old records off the shelf -- he'll sit and listen to them by himself. He knew he was running against the wind, a funky old soul from Main Street who felt like a number in this modern world, a self-conscious throwback to a blue-collar paradise who was always inches away from writing a song about the importance of a well-managed pension fund. His world was a diminishing blue-collar paradise utterly without irony, which is why you never hear Bob Seger mentioned as an influence by anyone who's even marginally cool. Liking Bob Seger is something you can't affect -- it's like having opinions about brands of grass seed or refusing to even consider buying a snow shovel made in China. To like Seger, you've got to want the same things he does, which is more complicated than wearing a Farm Bureau cap on the subway and railing against $4 coffee.

Thus it is that a second volume of greatest hits -- Seger's just-released "Greatest Hits 2" (Capitol) -- presents a problem. It's kind of show-offy, and maybe even a little suspicious. Seger hasn't made a new album since 1995, so it's not like there's been much to add to the canon since the first volume came out in '94. "Why weren't all the good songs on that?" I can imagine a fan asking. Well, most of them are. "Greatest Hits" has all the Seger most people want -- "Night Moves," "Turn the Page," "Old Time Rock & Roll" -- and some of the stuff no one wants, like a middling cover of Chuck Berry's "C'est la Vie" and the disposable "In Your Time," an open letter to the next generation that's too earnest even for diehard fans. But it also lacked a few of his harder-driving hits and soundtrack work, something "Greatest Hits 2" looks to rectify.

So relax -- you can finally have the studio versions of "Her Strut" and "The Fire Down Below" on one CD. Like much of Seger's music, both songs are relics from a time when you could only imply naughtiness in mass media. The former is about watching a woman with a nice ass walk around. Even though that was the subject matter of 90 percent of early MTV videos, you still couldn't say it openly on the radio in 1980. Instead, Seger says "They love to watch her strut/ They do respect her ... but," letting the last word hang pregnantly. It's not as elegant as the way Aerosmith used to praise a lady's "sassafras," but, appropriately, it gets the job done.

"The Fire Down Below" is a classic Mitch Ryder-style union-hall igniter from 1976 that sees Bob chronicling the seedy comings and goings of a red-light district, with his bloodless gaze. Everybody pays for it, he says as the barrelhouse piano keeps the beat and a gritty electric guitar underlines his vocals. "Here comes the banker, the lawyer and the cop," he sings. "One thing for certain -- it ain't never gonna stop." Also, it name-checks Moline, Ill., in a song about sex, which is an accomplishment that more than makes up for its icky title.

We are also given the studio version of "Katmandu," which is lucky, because I'm reasonably certain the live "Katmandu" you usually hear is the weirdest recording ever to be adopted by classic-rock radio. In that version, Seger keeps modulating the chorus-opening yelp "K-K-K-K-K-K-K-Katmandu" until it sounds like he'll leave for Nepal the moment he sets his balls free from the doorjamb of his like-a-rock Chevy Silverado. This version does mark the shedding of a dad-rock barrier in that it incorporates one solo on harmonica and another on saxophone, but I'll always love it for the lyrics, "I ain't got nothin 'gainst the East Coast/ You want some people, well they got the most." Take that, Iowa!

And even though I appreciate that "Sunspot Baby" is the only boogie-woogie song ever written about identity theft, I'll take Seger's ballads, like "Shame on the Moon," over his burners any day. "Beautiful Loser," from 1975, is a love letter to all the idiosyncrasies that make us American. "He wants his home and security," Seger sings of his hero. "He wants to live like a sailor at sea." Then he delivers a message that would devastate the credit-card industry and modern politics if it caught on: "Where you gonna fall/ When you realize you just can't have it all?"

Likewise, 1979's strummy "Fire Lake" is a somewhat oblique look at lost innocence, the type of thing that had been making his backing vocalists the Eagles very rich for the better part of a decade by the time Seger recorded it. That doesn't lessen the impact of his wide-eyed look at a working-class background slipping away from him, though. Seger was at the height of his fame then, three years after 1976's "Live Bullet" made him a household name, but hearing him talk about "those bronze beauties" (probably not gals from the Mitten) who make him say "Oh Lord/ Am I really here at last?" makes you sympathetic to his uneasiness with having "made it" and his fear that he, too, is becoming a phony. Let's face it, as Americans, that's the type of moral quandary we aspire to.

But like those hazy days before Ronald Reagan hopelessly perverted class identity, the America of "Fire Lake" and most of Seger's songs no longer exists. It's not as simple as the way "Shakedown," a No. 1 single from the "Beverly Hills Cop II" soundtrack, is a souvenir of a time when a movie studio would make a Bob Seger tune the theme to a film starring a young black guy, or the way "Manhattan" is about a pre-Giuliani island where heroin addicts named "Shakey Davey" run around with shotguns. That America is gone, but so's the place where a guy with a bushy beard could fill a stadium or get on rock radio singing artful lyrics about how much better things used to be. Bob Seger makes you nostalgic for nostalgia, and even his last-minute decision to delay this CD so he could stick on two new songs so you definitely get your money's worth seems hopelessly old-fashioned. It's the kind of thing you do if you respect your fans as much as they respect you. Even if they'd never call you by your full name.

Andrew Beaujon writes about music for Spin, the Washington Post and other publications. He lives in Richmond, Va.