While the U.S. sells out its own environment to the highest bidder, China is getting serious about energy conservation. Two scientists explain how and why. 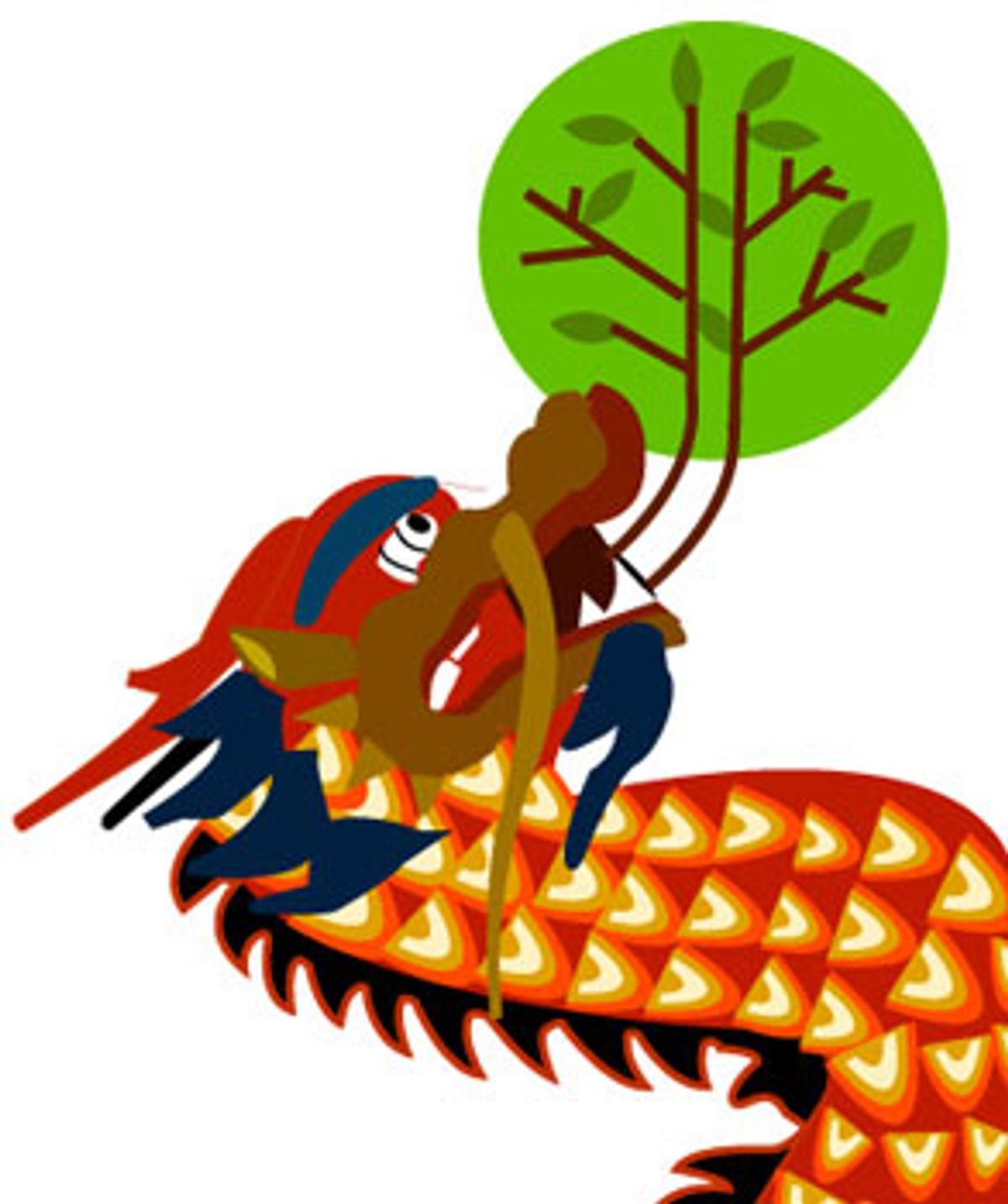 In just a few years, new cars in China, a developing nation that is not renowned for being a paragon of environmental virtue, will be required to be more fuel efficient than automobiles in the United States.

According to a story published in the New York Times on Tuesday, China plans to regulate fuel-economy standards for the first time, and the rules that it's imposing will be "significantly more stringent" than American standards. By 2005, says the report, new cars, vans and sport utility vehicles in China will be required to get about two miles better gas mileage than in the U.S., and five miles more a gallon by 2008.

The news came just as the U.S. House of Representatives sent the country's most sweeping energy bill since 1992 to the Senate, a bill which environmental groups blasted as a huge giveaway to the oil, coal and nuclear industries, doing little to curb pollution or improve greenhouse gas emissions.

Salon spoke with Jonathan E. Sinton, a staff scientist at Lawrence Berkeley National Laboratory and member of the lab's China Energy Group and his colleague Lynn Price, deputy group leader of the lab's International Energy Studies group, to learn more about why the world's No. 2 emitter of greenhouse gases is taking this step.

What are the implications of China's move to regulate fuel-economy standards?

JS: One of the things that's driving it is a desire on the part of the Chinese to acquire technologies from foreign automakers to allow them to accelerate the introduction of more fuel-efficient vehicles.

In the past, when China first started collaborating with foreign manufacturers, including Japanese, European and U.S. ones, they often brought in inferior technologies that were no longer being used in those countries.

So, it's an attempt to try to get first-rate, cutting-edge technologies into China?

JS: Right -- to get a bit of leapfrogging going. In all areas of international collaboration with industry, China has always sought to pressure foreign collaborators to bring in the best of their technology.

Often, that's been resisted in part because of the difficulty of recouping costs in any sort of meaningful way in China, usually for pretty solid business reasons. Certainly, the protection of intellectual property in China is not known for being the top of the list.

So, this is clearly going to have an impact on foreign auto manufacturers. And it's going to cause some consolidation in the Chinese auto industry. The same thing happened with appliance efficiency standards.

Do you think that since China is such a large market this will have an effect on the cars that the rest of the world buys?

JS: China is a fairly self-contained market in that it is not exporting a lot of cars out of the region yet. It may eventually, but it isn't right now. So, it's not likely to immediately cause other countries to adopt efficiency standards.

How dramatic an increase has there been in people buying cars in China, and the emissions that produces?

JS: Double-digits for the past few years. Motor vehicle output has been rising extremely fast.

One of the reasons that it's been rising very fast is that China's been substituting domestically manufactured vehicles for vehicles that would have previously been imported. [There has been] less reliance on imports as it builds up domestic manufacturing capability, and for the past several years vehicle sales have been rising at double-digit rates.

In most major cities, motor vehicles are now probably the No. 1 source of air pollution, whereas in the recent past it was industry.

JS: Well, the transition might have taken place five or six years ago or even longer for cities like Guangzhou, and within that time frame for Beijing and Shanghai, as well.

Why do you think that China is doing this now?

JS: The primary driver behind this is concern over oil security. There's always kind of this low-level ongoing push to get the best foreign technology. If you go back into the 19th century, China's been trying to do that regardless of who is in power.

But starting about two years ago, the national government started to become extremely concerned about the security of oil supplies -- how it was going to meet demand for oil.

A couple of years ago, it was prompted by spikes in oil prices, although that sort of concern has kind of moderated. But right now China is importing about 30 percent of its oil, and within 20 years it will probably be importing more like two-thirds of its oil.

As the consumption goes way up.

JS: Right. Domestic oil production has almost topped out. It can increase a little bit more, but it's almost topped out. Any increment in oil consumption has to come from imports. So basically China is joining Japan, Korea, Taiwan, the U.S., European countries, all those countries that depend on imports for the majority of their oil.

LP: Another driver, though, is that China is, and has been, very conscious of energy efficiency and energy conservation since the 1980s. China's plan is to grow economically 8 percent per year, and that's what they're doing. And they plan to get half of the energy to meet that growth through conservation measures, and half through production and imports and everything else.

JS: Oil is just the demand sector that gets the most publicity. By far the largest energy user in China now and for decades to come will be industry.

LP: And they'll be using coal.

How much of their energy comes from coal?

And at what rate is the industrial consumption growing?

Oh, really, so they're effective in the conservation efforts?

JS: They have been.

It's not a new approach. The fuel-economy standard is the latest incarnation of an approach that they've been taking for more than 20 years. China's goal in about 1980 under Deng Xiaoping was to quadruple gross domestic product (GDP) by 2000, and they realized that they would not be able to do that with the energy supplies that were projected.

And so they made a big push for energy efficiency, they decided to emphasize energy efficiency as well as supply expansion. They were largely successful in this, and managed to more than quadruple GDP while doubling energy use.

They plan to do the same thing between 2000 and 2020 -- quadruple GDP while doubling energy use.

And at the same time shifting from highly polluting solid fuels -- coal -- to more efficient fuels like natural gas, and start the shift toward renewables as well. The role of nuclear so far is unclear.

LP: Industry uses 75 percent of the coal, but industry is responsible for about 70 percent of all energy use in China. It's much higher than the U.S. and other developed countries, because they are a developing country, and they're building their infrastructure right now.

For example, China's cement production -- so, you're thinking about building all these roads and buildings that the cars are driving between -- is around 700 million tons, right now, and the U.S. cement production is roughly 100 million tons. China is No. 1 in the world, the U.S. is No. 2, and it's seven times higher. And with steel, which is what you're using to build these buildings and rail and cars, it's 180 million tons right now, it's No. 1 in the world. And the U.S. is a little under a 100, and it's No. 2.

At its current rate of growth, how long would it take China to replace the U.S. as the biggest producer of greenhouse gases?

JS: Are you talking in terms of current emissions or total historic emissions?

China would have to emit greenhouse gases at the same rate as the U.S. for many more decades before ever coming close to catching up to the U.S. in terms of total emissions of carbon now in the atmosphere.

But what about going forward in terms of current emissions?

JS: At least 30 years, in most of the reasonable projections that I've seen. Some say closer to 20 years, but that's fairly implausible, I think. Anyone you hear saying that China is going to surpass the U.S. in terms of energy use by 2020 is basically working from outdated projections.

And that 2020 figure often gets thrown around?

LP.: And 2010 gets thrown around. Those figures are based on old projections.

JS: You have to make assumptions that are at the very least physically improbable.

JS: You would have to completely halt any improvements in energy efficiency that are going to occur anyway as capital stock turns over.

You would have to posit that the evolution of the economic structure in China from one based very much on industry to one based a lot more on services is going to stop -- a very unrealistic assumption.

You have to assume that an increasingly wealthy population is going to put up with current levels of pollution. It already is not. And one of the main ways of mitigating pollution is to use energy more efficiently, and to switch to forms of energy that are inherently less polluting -- natural gas for coal.

Is the drive to clean up local levels of pollution coming from this increasingly wealthy population?

JS: You're seeing the same sort of transition that you saw in the U.S. and Europe a few decades ago.

LP: The Pittsburghs of China are getting cleaned up.

JS: Not to say that the story is entirely positive: There are still large groups within China who view progress on environmental issues as fundamentally opposed to economic development.

The body politic in China is just as pluralistic as it is in the U.S. It's just that those differences are much less obvious. They're not made public.