The actor/activist says Damien Cave unfairly trashed the "Tell Us the Truth" tour. 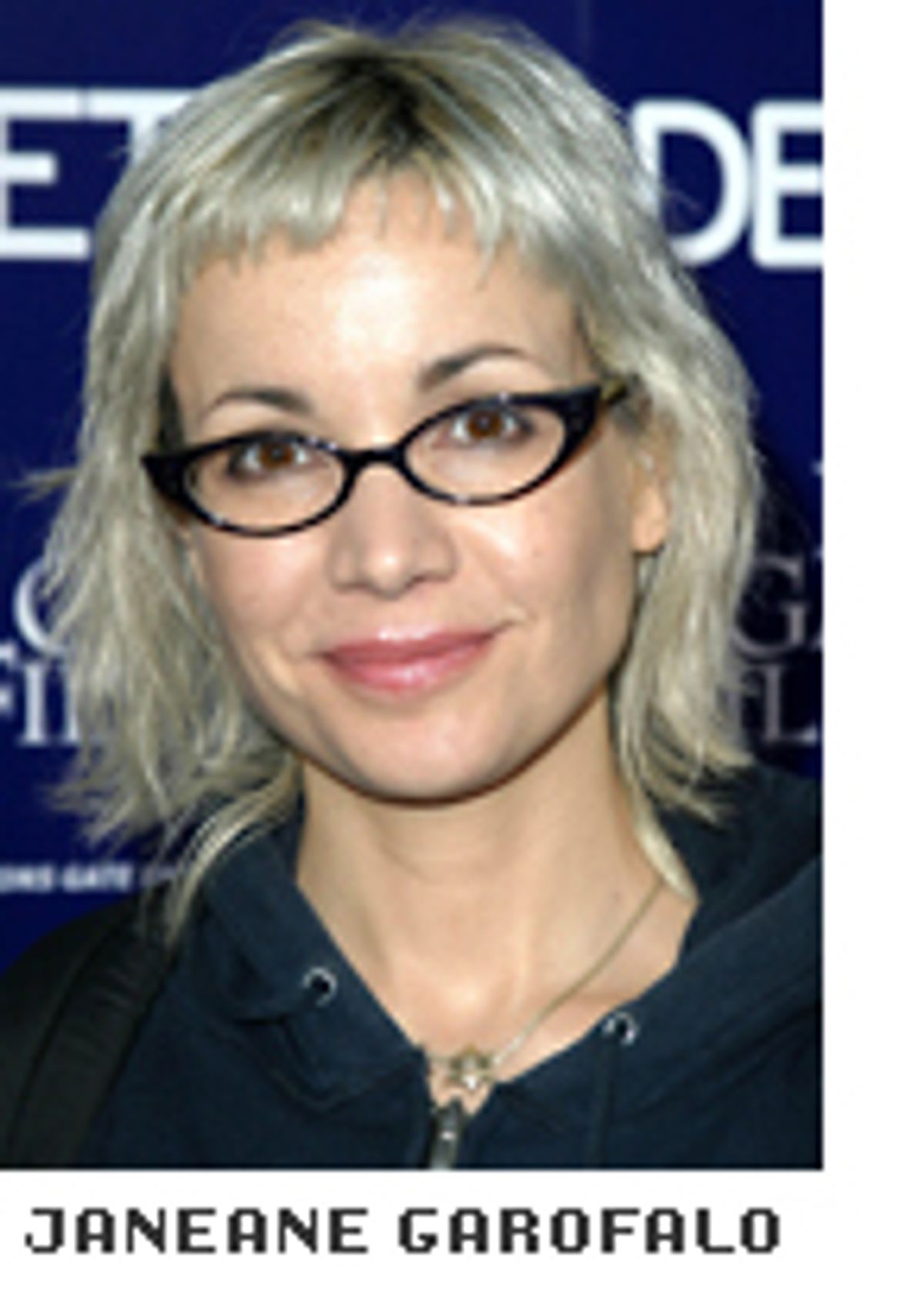 My name is Janeane Garofalo and I would like to take a moment to respond to Damien Cave's article regarding the "Tell Us The Truth Tour" sponsored by, among others, Common Cause and the AFL-CIO.

I hosted a few of the shows and I had the opportunity to speak with Damien. We had two very enjoyable and rigorous conversations/interviews in New York and in Boston. While I was pleased with both, it was abundantly clear that he was framing the interview and its questions with the contention that the tour's message "fails to resonate." The actual show experiences did not seem to be germane to Mr. Cave's journalistic goal. Unfortunately, this type of "assertion first" writing style is not uncommon, but it is always dissatisfying.

In addition, I'd like to point out to anyone who may be confused ... the majority of stand-up comedians working in the latter half of the 20th and early 21st centuries are indeed social critics, not Tony Robbins-style motivational speakers. Satirizing politics, pop culture and media consolidation in a sometimes-acerbic way should not be lazily reduced to unwarranted, hostile "Bush bashing." Perhaps there are some more palatable and appealing comics resonating with audiences in Branson, Missouri, at the Glen Campbell Theater. For example:

"The Up With People Singin' Fun Time Singers"

The musicians (Tom Morello, Billy Bragg, Lester Chambers, Jenny Toomey, Boots Riley, Jill Sobule, Michael Beholden, Mike Mills, Steve Earle) who dedicated their time and energy for this not-for-profit tour did their best to inspire the audience with songs and words about freedom, accountability, social justice and activism. It was up to each individual audience member to accept or reject what they were hearing. Mr. Cave's unconscious (yet totally obvious if you were paying attention) wish to write a negative piece about a truly noble event materialized on the pages of Salon.

To recap: In a program involving a collaboration between eight artists it is unfair to define the content of the show by the stand-up comedy of one. And to diminish the tour's message of "no power without accountability" to a "Bush bash" is either intentionally misleading or the reductive conclusion of a journalist who somehow fails understand the fundamental role that critique and social commentary play in the democratic process.

Thank you Salon for your good work and your willingness to publish this letter.

As co-founder of the Future of Music Coalition, I had a hard time putting a finger on why your article on the "Tell Us the Truth" tour rubbed me the wrong way. After all, performance is subjective, and no one, least of all an organization like FMC that spends so much time and energy critiquing policies and business models, should hold themselves above a bit of criticism from time to time.

But I still couldn't shake the question of how what I experienced in Madison, Wisconsin (the first stop on the tour) and Washington, D.C. (the final stop) could be so fundamentally disconnected from the reporter's experience with the tour in New York and Boston.

"Tell Us the Truth" was a tour that celebrated the possibilities of enacting tangible policy changes through the direct action of the music community, including both artists and music fans. One of the priority issues of the tour was media consolidation. Yet Mr. Cave's article completely ignored the historic policy developments that have taken place this past year -- developments that have been covered in more detail by Salon.com than any other outlet. It seemed as if a reporter who wrote for Salon.com didn't spend a lot of time reading Salon.com.

In the past year:

The point here is that this has been a historic year for citizens who are concerned about the structures of our media, with significant, tangible victories that were essentially unthinkable several years ago. Salon.com has been at the forefront of covering these issues, which makes your coverage of the "Tell Us the Truth" tour so odd.

"Tell Us the Truth" was an experiment -- one that was very successful and may well run again in some form. The tour brought together activist musicians representing different ethnicities, generations, regions and genres into a celebration of the possibility of taking action. While the tour featured resource tables and petitions from partner organizations, the goal was not to preach or get on a soap box. The goal was to get on the road, to take the first step, to interact with the activists who are working for change and to attempt to inspire action through performance.

It is simply not realistic to assume that every person who attends a concert is going to find it a transcendent experience. Some folks may want more education on the issues at hand, but didn't think to visit with the activists who volunteered their time to work at issue tables. Some folks may be offended by jokes or political statements. Some folks may not want to sign petitions.

But the point of the tour is that many more folks -- hundreds each night -- didn't need that extra information. They already knew about the issues, through their work with tour partners like Future of Music Coalition, Common Cause and the AFL-CIO. Many didn't need to sign petitions -- they were some of the 2 million citizens who already wrote to the FCC. The lion's share of concert attendees learned about the shows in the first place either because they are active, concerned citizens or because they are fans of the artists on the bill.

Music is a funny thing -- sometimes it connects, sometimes it doesn't. Certainly, it's not realistic to assume that a three-and-a-half hour show in front of a sold out house in New York or Washington will capture every audience member the same way. But what struck me most about the "Tell Us the Truth" tour was the total quiet during the songs -- the focus of the audience as the show weaved from Lester Chambers to Tom Morello to Mike Mills to Jill Sobule to Steve Earle to Boots Riley to Billy Bragg. The audience hung on every word, only interjecting supportive yelps in response to particularly effective lines. And as the ensemble brought the long night to a close with a raucous, updated version of Lester's classic "Time Has Come Today," the lion's share of the audience went home grinning and exhausted, but thankful for a night of celebration in the face of the larger fights ahead.