After a year of wavering and waffling on the Iraq war, the Massachusetts Democrat is taking cheap shots at front-runner Howard Dean. It isn't a pretty sight. 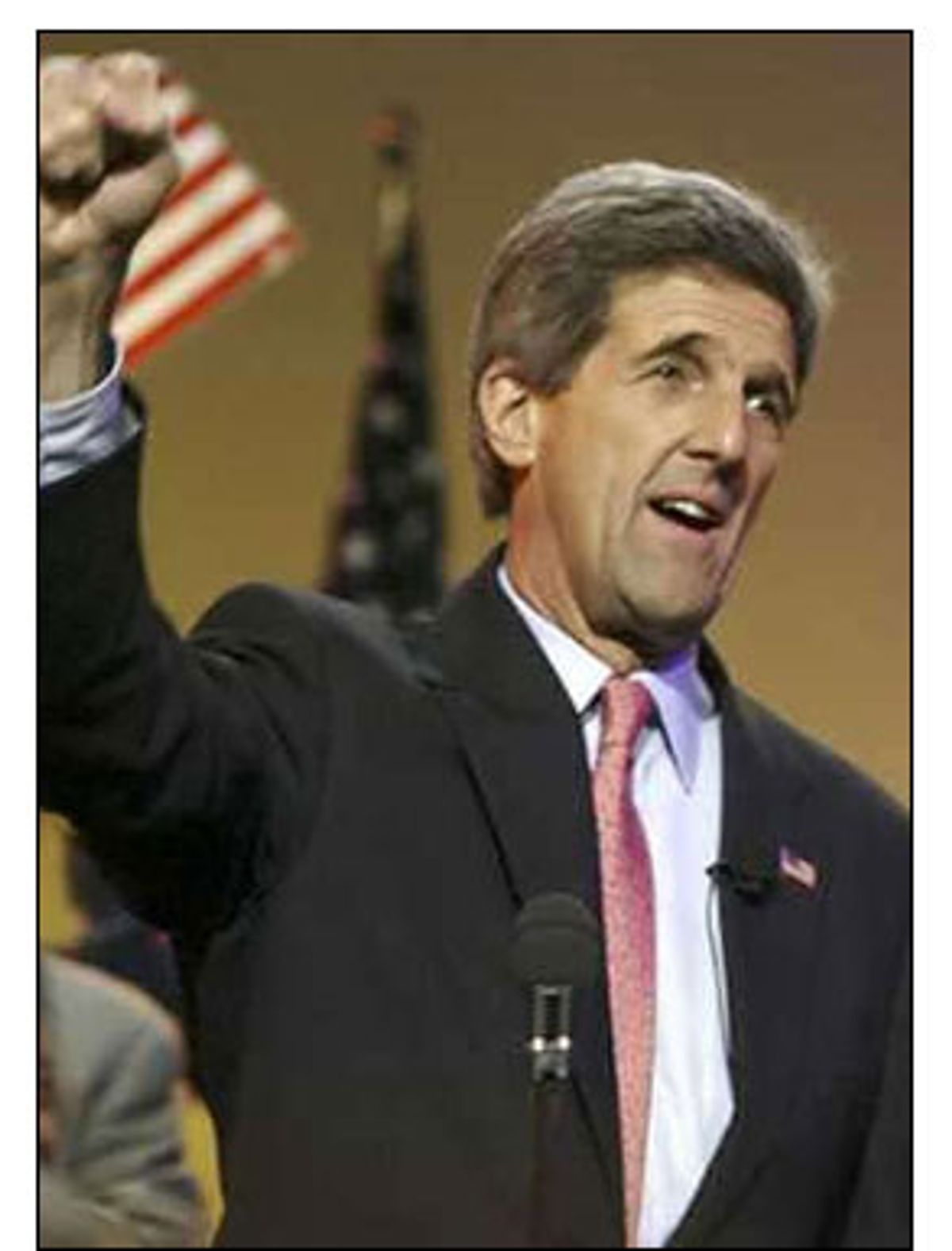 Desperation isn't pretty, and Sen. John Kerry is looking increasingly desperate as he tries to stop the juggernaut candidacy of front-runner Howard Dean. On Wednesday, though, Kerry crossed a line, falsely accusing Dean of saying the U.S. needed to ask "permission" from the U.N. and the rest of the world before going to war to defend itself.

Dean never said any such thing. In his Monday foreign policy speech, which drew a bright media spotlight because it came on the heels of the capture of Saddam Hussein, Dean said he'd have gone to war with Iraq "had the U.N. given us permission." Macho hawks won't like the word "permission," and in fact Dean might have chosen a better word to characterize the consultative process that should have preceded the war. Asking permission doesn't quite become a superpower, but a little bit of humility would have gone a long way toward getting global support for rebuilding Iraq. Instead we got unilateralism, and we're mostly facing the chaos of Iraq alone.

But Kerry wasn't content to bash Dean about his Iraq stance; he insisted the front-runner was saying he'd seek U.N. permission for any war -- even one necessary to defend the U.S. from an imminent threat. "For Howard Dean to permit a veto over when America can or cannot act not only becomes little more than a pretext for doing nothing, it cedes our security and presidential responsibility to defend America to someone else -- a danger for both our national security and global stability," Kerry said. Fox News gave Kerry's claims big play Wednesday night, with Carl Cameron intoning darkly that according to Kerry, Dean "would cede U.S. authority to France" when it came to self-defense. France! The horror ...

There's nothing wrong with a vital Democratic debate over Iraq. Democrats can and do disagree about a range of issues: whether Saddam represented a dangerous threat to the U.S., whether and how much the administration lied about the existence of WMD to sell the war, what to do now. And I'm not saying pro-war Dems shouldn't attack Dean for his antiwar stance. Although I've loathed the Democratic Leadership Council's assault on the relatively centrist Dean as being too liberal, I think Sen. Joe Lieberman's attacks this week have been mostly defensible. Lieberman's had the guts to stick with his pro-war approach, and he's paid a political price for it. If he wants to crow about Saddam's capture, and use it to bash Dean, he's within his rights to do so.

But Kerry isn't. For more than a year the Massachusetts senator has wavered and waffled and tried to have it both ways: To pose as an antiwar candidate though he voted for the congressional resolution authorizing the war; and then to vote against the $87 billion for reconstruction after he'd authorized the war. In the days since Saddam's capture, though, Kerry's been particularly shameless, trying to share credit for toppling the tyrant after running away from his war-authorization vote for months.

Meanwhile, operatives tied to Kerry and Rep. Richard Gephardt have teamed up behind a shadowy front group, Americans for Jobs, Healthcare and Progressive Values, to launch an underhanded attack on Dean. None of it appears to be working: Dean seems to have a kind of Teflon that protects him from these craven attacks by his rivals. And a new CBS News/New York Times poll shows that Kerry's support among likely Democratic primary election voters has fallen so low that he trails even the Rev. Al Sharpton.

If Saddam's capture heralds a real change in Iraq, if the insurgency subsides, if the reconstruction effort picks up, Dean and retired Gen. Wesley Clark, too, may well pay a price for their antiwar stance. But the Bush administration has had good weeks before -- the fall of Baghdad in April, Bush's "Mission Accomplished" photo op in May -- only to see events spiral out of control again. Dean has the advantage of consistency; he defended his antiwar views before it was fashionable, kept it up as others joined the bandwagon, and stayed on message this week even as the right -- and some fellow Democrats -- insisted Saddam's arrest would doom his candidacy. We won't know for months whether this week marked a lasting change either in Iraq or on the domestic political landscape, but we'll know where Dean stands regardless. No one can say the same about John Kerry.