Putting together a home-brewed compilation of songs used to be an act of love and art. Now it's just too damn easy to be worth caring about. 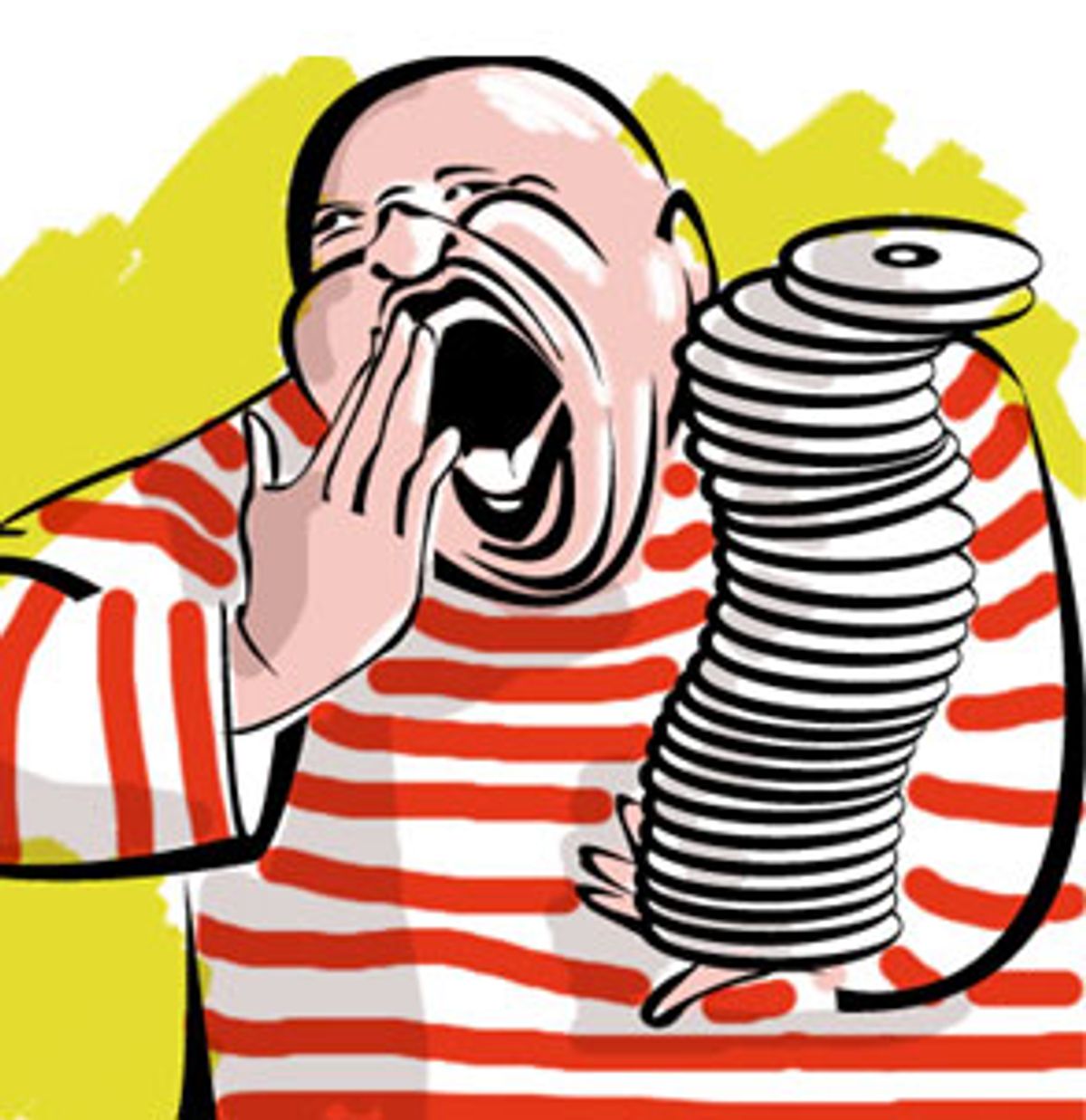 I miss the way I used to make mixes. I'd sit in front of my tape deck, with a stack of CDs or records on one side of me, and a beverage (adult or otherwise) on the other, and spend a couple of hours or more finding just the right combination of songs to put on the tape. The levels would all match; loud songs got softened and soft songs got a boost. I would attempt to take the mix right to the end of the tape; I'd spend over an hour finding that perfect minute-and-a-half song or snippet that would fit musically with the rest of the mix.

All the while, I would be swigging the beverage, and listening to each song as if it was the first time I'd heard it, usually with head down and some appendage keeping time. After a side was done, I'd rewind, punch out the tab, put on a custom-made label, and go to bed knowing that I've made something that I or my friends were going to enjoy for years to come.

This experience is not unique among music fans, as any die-hard song mixer will tell you. Mix tapes have been mentioned in various pop culture forums almost since the invention of the cassette, the most famous and loving example being in Nick Hornby's novel "High Fidelity." In the book, Rob Fleming, the owner of a London record store and the main character of the novel, explains in extraordinary detail what doing a proper mix tape entails: "You've got to kick off with a corker, to hold the attention, and then you've got to up it a notch, or cool it a notch. You can't have two tracks by the same artist, unless you've done the whole thing in pairs, and, oh, there are loads of rules." Most of us who've poured hours and hours into our mix tapes would be able to rattle off a similar set of rules.

But "High Fidelity" was released in 1995, a time when the music-listening world did not have CD burners, high-speed Internet access, and MP3 players. In the nine years since the book came out, the way most people listen to music has changed dramatically. All of the above methods of music listening are created by the PC, a device that is decidedly different from the old stereo system that Rob Fleming used to record his meticulous mixes. Unfortunately, the technological advances that have made music portability easier to accomplish have taken the entire visceral experience of making the mix and reduced it to just another procedure that can be executed with a few clicks of a mouse.

Because a temperamental tape deck in my old car kept eating my tapes, I started making CD mixes about three years ago. Compare the way I used to do my tape mixes with the way I do things now: I sit in front of my PC and either rip an entire CD to disk or download files from any of the legal services like iTunes or Musicmatch (in pre-litigation days, I will admit I downloaded the occasional song via Kazaa). I drag the song titles from my song list to the playlist window; I check to see if there are any abrupt endings or bad transitions, but I rarely listen to the songs all the way through. Once I'm satisfied, I pop in a CD-R, hit "record" and go to sleep. No muss, no fuss. And not nearly as much fun.

Many people who don't have the same passion for the mix as I do simply copy entire collections of MP3s to CD or onto their iPod, not caring what order the songs are in. "I can now rip or download the songs I want to MP3. Then I dump them onto one of my MP3 players. The way the process has improved for me is that I can just hit shuffle and not know what the order [of songs] is always going to be," says Jason Meurer, an engineer from New Jersey. He is one of the people who answered my e-mail queries regarding people's mixing methods. From the limited sample I received, I noticed that while a fair number of people still perform meticulous mixes, just as many play randomly from their massive MP3 collections. No one has made a mix tape in years.

That's a shame. The process of making a mix tape gave people a connection with music that the electronic version simply can't replace. Because it is so easy to drag and click a mix into existence, the sense of satisfaction with making what many feel is a work of art gets diminished.

"On the subways you see people with iPods. They have, what, a thousand songs on them. Ten thousand, even. They stare random-glared into oblivion. [R]obots with shitty music taste and too much money to spend on music-listening hardware and shoes, in that order," is how Sal Tuzzeo Jr., a music writer, describes the phenomenon. Fewer people who are connected to the music they listen to translates into a less critical and picky audience for the crapola that the record companies and radio stations promote. The quality of music overall goes downhill.

Why don't I just go back to doing tapes, then? Well, I could go back, but I would have nothing to play those tapes on. Most cars no longer come with tape decks as standard equipment. Tape-based boomboxes are rare finds. MP3 players are smaller and easier to take on a jog than a tape-based Walkman. When making the decision between practicality and artistic merit, I'll choose practicality more often than not. I may be wistful for the old days, but I'm not an idiot.

So let's have a moment of silence, for the mix as we used to know it is dead. Technology has overtaken the experience and made it cold and impersonal. But it's time to look forward, as the Internet has allowed us to trade and download more varied types of music, making for better-sounding, albeit more antiseptic, mixes. One of these days, Nick Hornby should do a sequel to "High Fidelity" and list Rob's Top 5 music downloads. I'm sure it'll be a nice read. But it just won't be the same.