Children and small animals are mercilessly tortured -- and so is the audience -- in this thoroughly repulsive Ashton Kutcher time-travel flick. 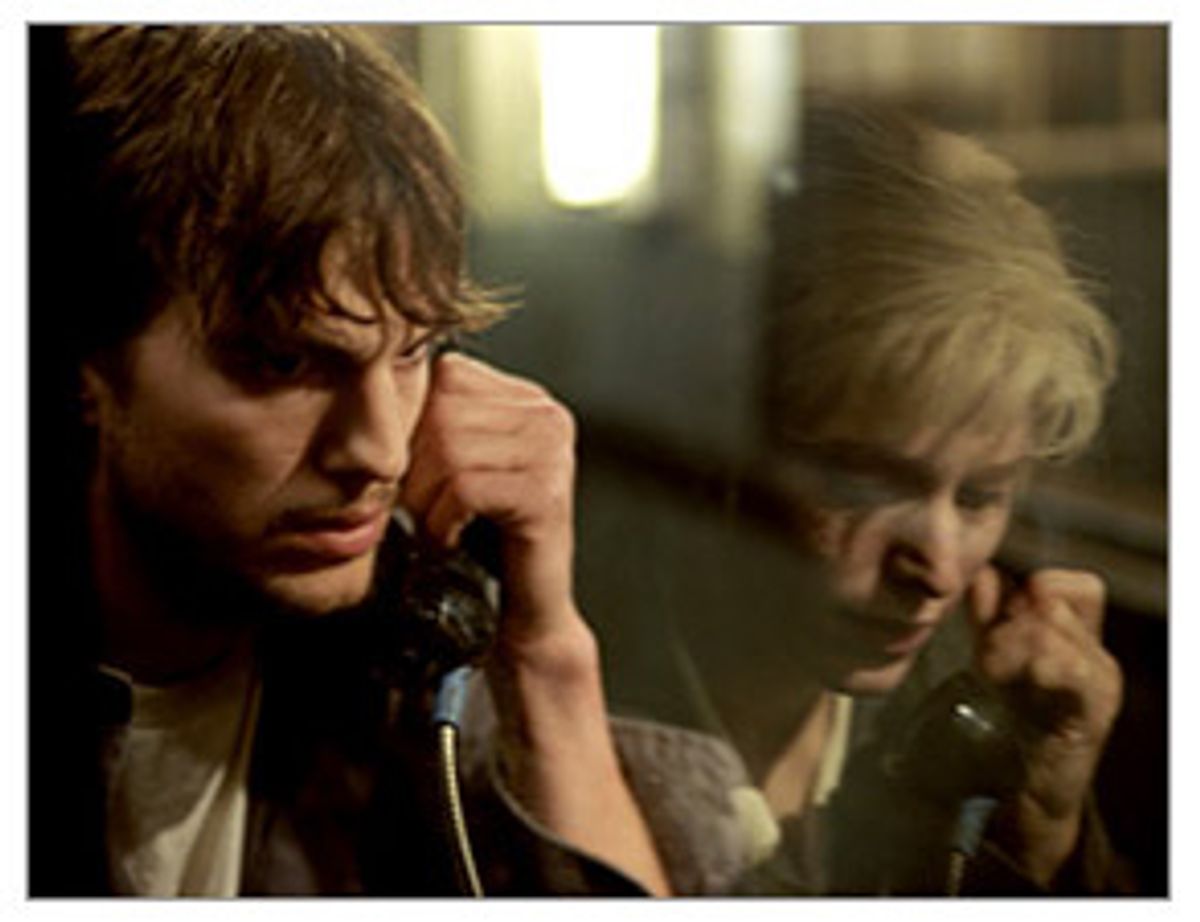 The only reason I didn't walk out in the middle of "The Butterfly Effect" was so I'd be able to warn other people off it.

This is the first film made by writer/directors Eric Bress and J. Mackye Gruber. In some ways, that fact should be a relief to them -- it's hard to see how they can get any worse. Not only have they come up with a wholly ludicrous story that keeps outdoing itself for sheer dumb implausibility, but these two newcomers are already resorting to the worst gotcha tricks of cynical hacks. This is a movie where a pet dog is burned alive and an infant girl is blown to bits. And because the plot has something to do with memory blackouts and the power of Ashton Kutcher to change the past, we get to return to those incidents several times. There are also children coerced into kiddie porn, beatings, and threatened prison rape and castration. Kutcher suffers so much that he literally sprouts stigmata in one sequence. By the home stretch, when he's flailing around with stumps for arms, hilarity wins out over revulsion; much of the preview audience I saw it with was laughing in sheer "what is this?" disbelief.

If any of that sounds like catnip to the so-bad-it's-good aficionados out there, be warned: "The Butterfly Effect" isn't just stupid -- it's one of the most unpleasant Hollywood films in some time. Much of the movie's plot depends on watching kids being traumatized and threatened and abused.

Kutcher plays a college student who's suffered from memory lapses since childhood. His mother is afraid he's going to end up institutionalized, as his father was. Tormented by dreams of his past, Kutcher comes to realize that his dreams are actually trips back in time to those events. So, knowing what he knows about how the life of each character will turn out, he sets out to return to his past in order to set things straight and rescue the love of his life (Amy Smart). Inevitably, his intrusions only cause more havoc. "The Butterfly Effect" plays like a grind-house version of the nightmare sequence from "It's a Wonderful Life" -- except in reverse. It doesn't take long to glean that everybody would be better off if Kutcher weren't so compelled to play God -- including the audience, who could escape the movie a lot quicker.

Some good actors, including Eric Stoltz and Elden Henson, are lost in this farrago. And at the end, after suffering through the torture of kids and animals, after watching things like a drugged-out, scarred-faced hooker telling an acquaintance, "If I'd known you were coming, I'd have got the stains off the sheets," we find out that all of this is allegedly in the service of a lesson about the purity of love. It's like receiving a box of Valentine's chocolates in which someone has deliberately hidden ground glass. Flee.