The Unforbidden Is Compulsory
Or, Optimism 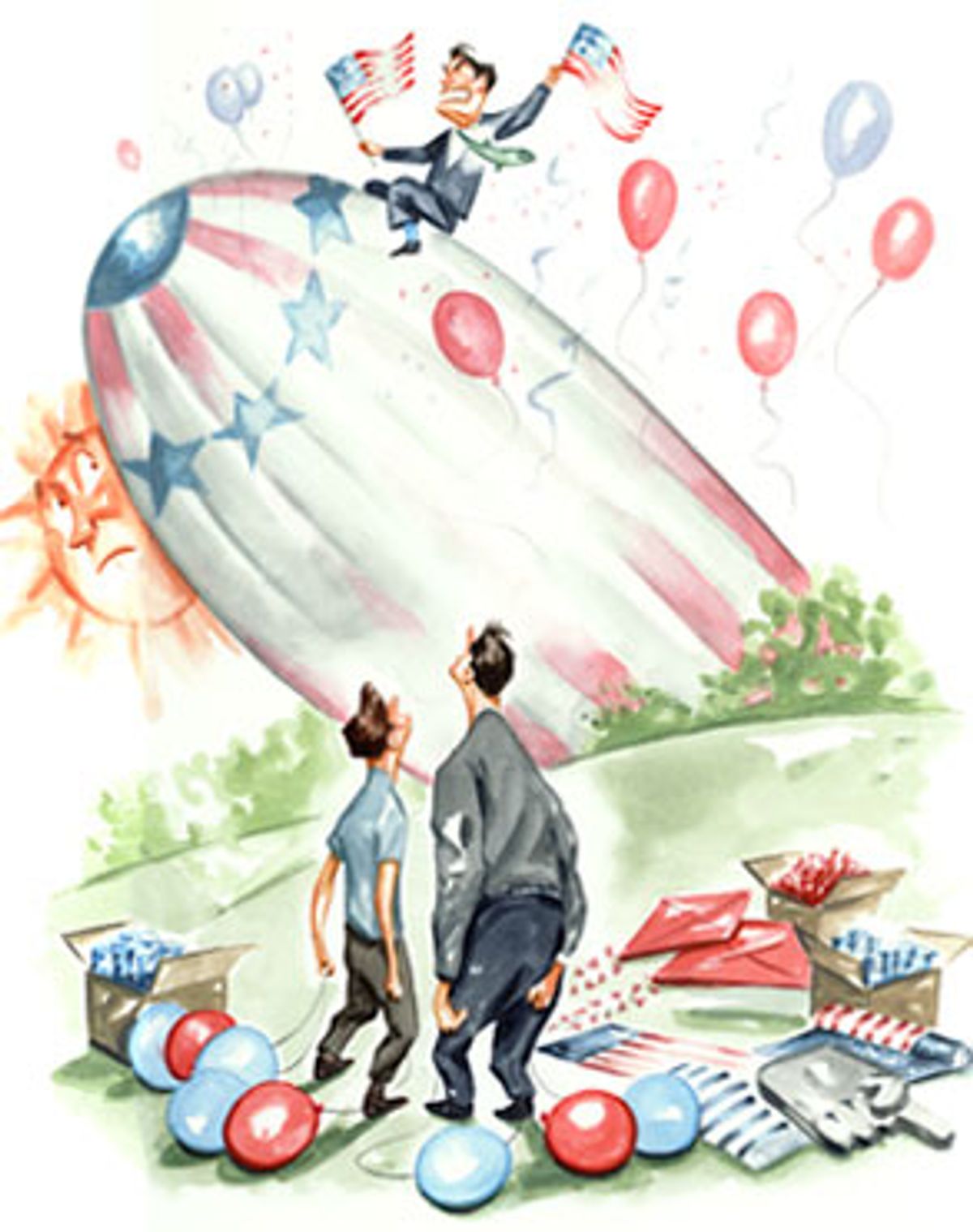 "Can they do that?" asked Little Nicky.

They could do anything. In a race like this, for State Rep, 34th District of California, there was no oversight. There was no feeling of outrage, no general sense of the limits of taste. And thank God for that. Sergei and Little Nicky, manager and head of special projects for the Stuart Craspedacusta campaign, wouldn't want any oversight or general sense of the limits of taste. This was a filthy contest already, and most of the filth was theirs and today would be no different, for today -- the Fourth of July -- was a day too crucial for cleansing. Today, at the Independence Day Walkabout and Arts Fair, the Craspedacusta campaign had to achieve no less than Total Visual Dominance. If, through the creation and placement of Craspedacusta balloons, posters, buttons, flyers, kites, banners and giant Styrofoam hands, they could achieve Total Visual Domination, they could appear to have won this battle. And if they appeared to have won this battle, they could be seen as having momentum, and if they could be seen as having momentum, they would have juice, and if they had juice, then the staff of Murray Olongapo, their Democratic opponent, might become discouraged, panicky and desperate, and they might try to spend more of Olongapo's money now, too soon, in an attempt to catch up, and if so, that would leave Craspedacusta with more for the home stretch. Or, better yet, Murray's people would try something unwise -- as when they let Olongapo, a theater enthusiast, guest-star, in drag, in an outdoor and all-male production of The Merchant of Venice -- and then Sergei would swoop in for the kill, swift and efficient; he'd know what to do.