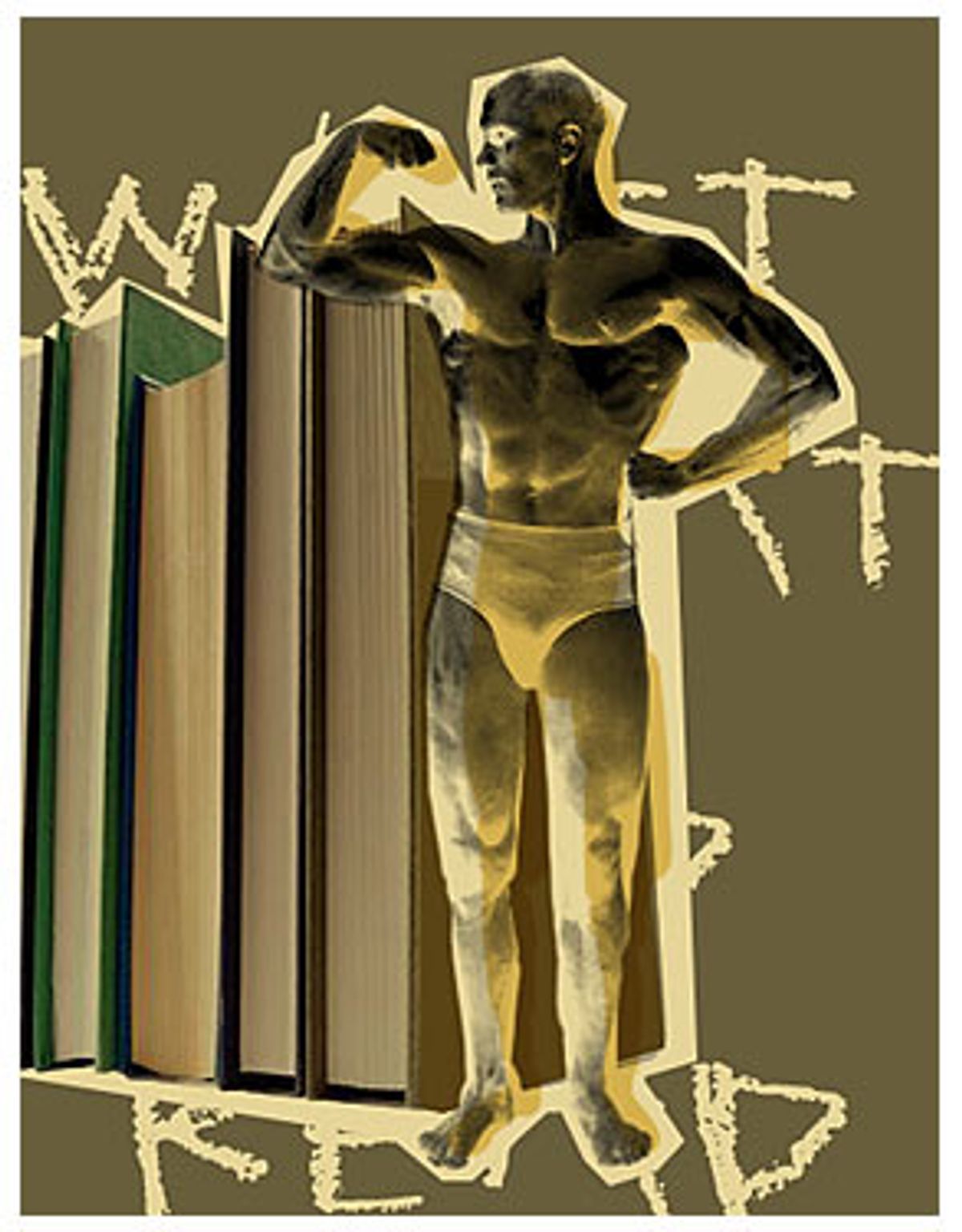 With most of the country locked in a midwinter freeze for weeks now, and spring seeming like nothing more than a distant figment of a groundhog's dream, what could keep you warmer than a shot of testosterone? No, seriously, it's pure accident that our roundup of the season's best fiction is so heavily weighted toward the whiskey, cigars and gunpowder demographic that, well, there aren't any women on the list at all.

We promise to remedy this deficiency in future installments (as many, many people are reminding the New York Times editors right now, the majority of fiction buyers and many of the country's finest writers are female), but we decided simply to roll with it this time around. This is a season for robust narrative, by gum, not for namby-pamby political correctness.

Besides, the books we gathered for this selection aren't exactly a bunch of cloddish shoot-'em-ups. Elmore Leonard's new "Mr. Paradise" of course includes a bloody murder, a couple of lingerie models and some shoe-leather police work, but it's built around a love story and is Leonard's tenderest offering in years. Walter Mosley's new novel isn't even a detective story, but rather an enigmatic, allegorical mystery that suggests Kafka. Colin Harrison's Manhattan noir, "The Havana Room," is partly set in a semi-shady New York steakhouse, awash with liquor fumes and stogie smoke, but more than anything else it's a tale of middle-aged heartbreak and the lengths to which guys will go to mend it.

Add David Grossman's tender tale of two dysfunctional teens discovering each other amid the urban grime of a holy city (Jerusalem), and Jim Shepard's "Project X," a devastating miniature that goes inside the minds of two would-be school shooters, and it seems like men might be sensitive creatures after all.

Our first pick: From the author of the Easy Rawlins mysteries, an uneasy and intriguing psychodrama of racial guilt and imprisonment