The reporter they left behind

Two years after my husband, Danny Pearl, was kidnapped and murdered, his employers at the Wall Street Journal seem all too willing to forget. 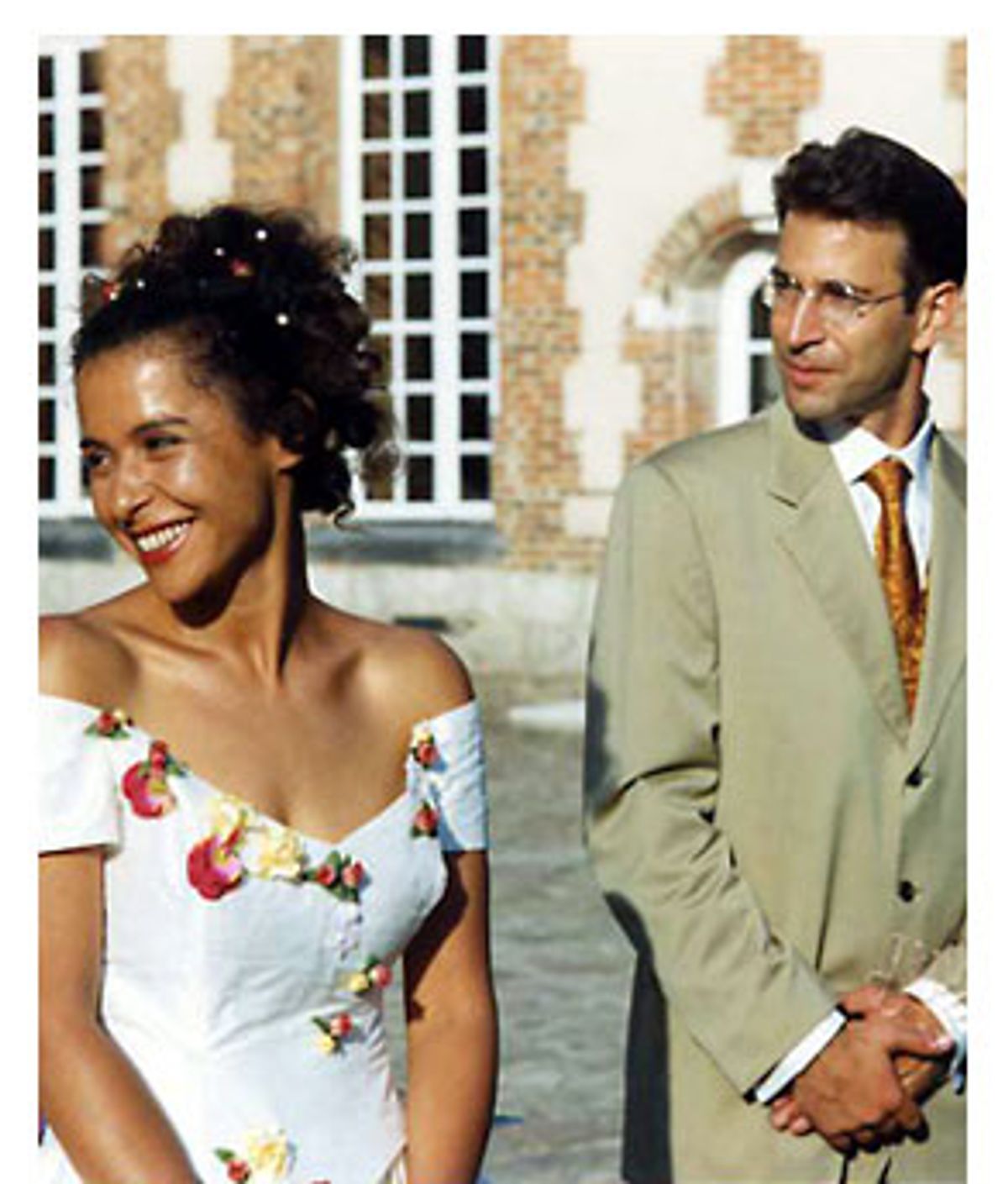 I made a friend in Pakistan. I nicknamed him "Captain" because of his authority; I couldn't tell if it came naturally to him or was the result of his decades spent in the Pakistani army. But when my husband, Danny Pearl, was kidnapped in Karachi, now two years ago, Captain became the second most important man in my life.

He told me, "I will bring your Danny home." It took another four weeks for us to find out what had happened to my husband.

During this time, Captain got to know Danny. He met me, Danny's wife; he met Danny's friends, his bosses, his writing. He saw Danny's mandolin lying there, in the house that had become the headquarters of our search. Captain even saw Danny's unmatched socks and the language books he was reading to learn Urdu.

"Danny," Captain concluded, "is the best of America." He imagined a gentle, open-minded, energetic guy easy to befriend.

After the first three sleepless nights after Danny had been kidnapped, there was no sense of time in our house and only one reality, at least for Captain. His only aim was to save Danny, because I was there, because I was pregnant, because Danny was innocent, because Captain was a Muslim and a patriot who felt deeply ashamed by those who kept Danny in captivity. When it was learned that Danny had died, it was Captain who had to tell me. Because he said so, I knew it was true, the same way I knew what he said next will be true. It was another pledge: "I will pursue those who did this and bring them to justice even if it is going to take a lifetime, my lifetime."

I only wish others who promised their resolve at that time -- including Danny's employers at the Wall Street Journal -- had kept their promises, too.

On the first anniversary of Danny's kidnapping, on Jan. 23, 2003, Captain and I sat at a meeting in New York on the top of the world, or so it felt. We were on the top floors of the World Financial Center, right across from ground zero. I took Captain with me to meet Danny's bosses at the Wall Street Journal. He was the behind-the-scenes man, the one who had donated his time and his efforts, the hero.

We wanted to know why the Journal had not sent anyone to court to represent Danny as Pakistan prosecuted the men for his kidnapping and murder, including Omar Said Sheikh, the man who had confessed to being the mastermind of the operation. It was Omar who had lured Danny into a trap, pretending he was the disciple of a source Danny was trying to interview. Ever since I had left Pakistan a year before, I had been trying to persuade the Journal to send someone. It seemed to me inconceivable that Danny, who had been trying to pursue the truth over there, would not be represented. It felt as though we had abandoned him.

"We were advised not to send a white American in a Pakistani court," the Journal chiefs told us.

"Who told you to send a white American?" Captain asked, surprised and slightly amused. Not only had the Journal not sent a white American, but it had sent no one. The trial was held in a tiny, windowless "court," in the prison where the four men were being held; transparency sounded like wishful thinking. I had ended up paying a Pakistani lawyer a very large sum to represent Danny, and the Journal eventually reimbursed me for a small fraction of the total amount.

Captain spoke softly and firmly, the way I had heard him speak so many times back in Karachi when he said something, and I knew he really meant it. "Who says the name of your corporation even needs to be mentioned in court?" he said.

At that time, eventually, the Journal promised to do what Captain suggested: put pressure on President Musharraf to make sure the judicial process would continue. In July 2002, Omar was sentenced to death, and the other three men were given life sentences. The Journal chiefs promised they would find and pay a good lawyer in Pakistan who would represent Danny in proceeding trials, and ensure as much transparency in the process as possible.

Omar's appeals case has been delayed nine times, most of the time for the simple fact that his lawyer doesn't show up in court. It's all far from over. Even behind bars, his influence is thought to remain great and possibly even growing. After Omar was captured, Captain would go and interrogate him, at a time when we still had no clues on Danny's fate, just an awful, painful silence from his captors. Omar only put on a show. He said Danny was alive, then he said he was dead. Then he said he was alive again.

When Omar eventually made an appearance in court, with a bag over his head, he screamed "Death to America." Since then, some reports have suggested that he helped orchestrate the recent assassination attempts on President Musharraf. There have also been recent reports in the Pakistani press that one Sardar Naeemullah Shahani, the Punjab sports and culture minister who was kidnapped in January, would be offered to the government in exchange for Omar Sheikh and the three others. (Government officials have denied this.)

Far-fetched, you say? Not for Omar, who was freed from an Indian court in 1999, where he was serving time for a failed kidnapping plot, in exchange for the safe release of passengers aboard a hijacked Indian Airlines flight. It's also important to understand that the forces within the Pakistani government that have so destabilized the Musharraf regime -- the intelligence agency (ISI) and the military -- are those to whom Omar had at least passing ties before his arrest. They are also the forces within the government that are the most fundamentalist, or the most sympathetic to the fundamentalist causes that Omar claims to speak for.

This powerful conflict within the Pakistan government could be seen in Musharraf's handling of the government's corrupt nuclear program. Just two weeks ago, after it was revealed that Pakistan had given nuclear secrets to Iran, Libya and North Korea -- a story that Danny had been pursuing at the time he was kidnapped -- Musharraf called the scientists involved "enemies of the state." But then on Wednesday, Musharraf seemed to cave, pardoning Abdul Qadeer Khan, the father of Pakistan's nuclear program, who had taken responsibility for the leaked information. By doing so, Musharraf avoided a battle with the government hard-liners, who deified Khan for turning Pakistan into a nuclear power. But it illustrates how rough justice in this part of the world can be, and why it helps to have as many witnesses to it as possible. That the courts will have the final say on Omar Said Sheikh is anything but certain.

In addition to Omar's appeals, there is another trial waiting to be held, of the four men who held Danny captive in the compound where he was held. All four are Pakistanis; the last one, Naeem Boukhari, was finally captured after a bounty of 1 million Pakistani rupees ($17,450) was placed on his head. Their trials are to follow the Pakistan Supreme Court's decision on Omar's appeal.

The Wall Street Journal's interest has seemed to wane. It remained remarkably dedicated until we found out for sure, nearly a month after his kidnapping, that Danny had died. The Journal set up a financial trust for Adam and me, to which hundreds of people have contributed thousands of dollars. Afterward, at the Journal, I could tell his co-workers really liked Danny; I could tell everyone was traumatized by what had happened to him, just four months after the Sept. 11 events sent them running for their lives from their own offices. I could tell a lot of things, but still not why Danny died and who killed him. And who would represent him in front of his murderers.

In May 2002, a lawyer for Dow Jones (the parent company of the Wall Street Journal) leveled with me. It was during Omar's trial, and as I tried to follow its proceedings, I persisted in asking what the Journal was doing. They never did hire a lawyer in Pakistan -- there was no transparency in any of the proceedings. What were they doing?

"It is your case, not ours," the lawyer eventually told me. I hung up the phone. The moment that followed, when I looked at myself, too pregnant to go to Pakistan and represent Danny on my own, was one of the loneliest I've ever had. Months later, I wrote the Journal a letter:

"... I am very well aware of the difficulties posed by the trial and investigation, as I have been facing them alone for the past ten months. But the murder of Danny was like a hijacked plane sent to explode in the heart of your company. I simply cannot understand how you can turn your back and fail to seek the truth ... my determination to pursue those two goals reflects my own loyalty to the values I shared with Danny. My loyalty is stronger than the obstacles I have and will encounter."

I asked to meet them again, preferably without a company lawyer present, which led to my visit with them a year ago with Captain. Since then, though, not much has changed. I rely on Yahoo news alerts to get updated about the cases involving my husband in Pakistan. From the Journal, all I've heard is the sound I've learned to dread the most: silence.

Mariane Pearl is the author of "A Mighty Heart."