The queen of nice 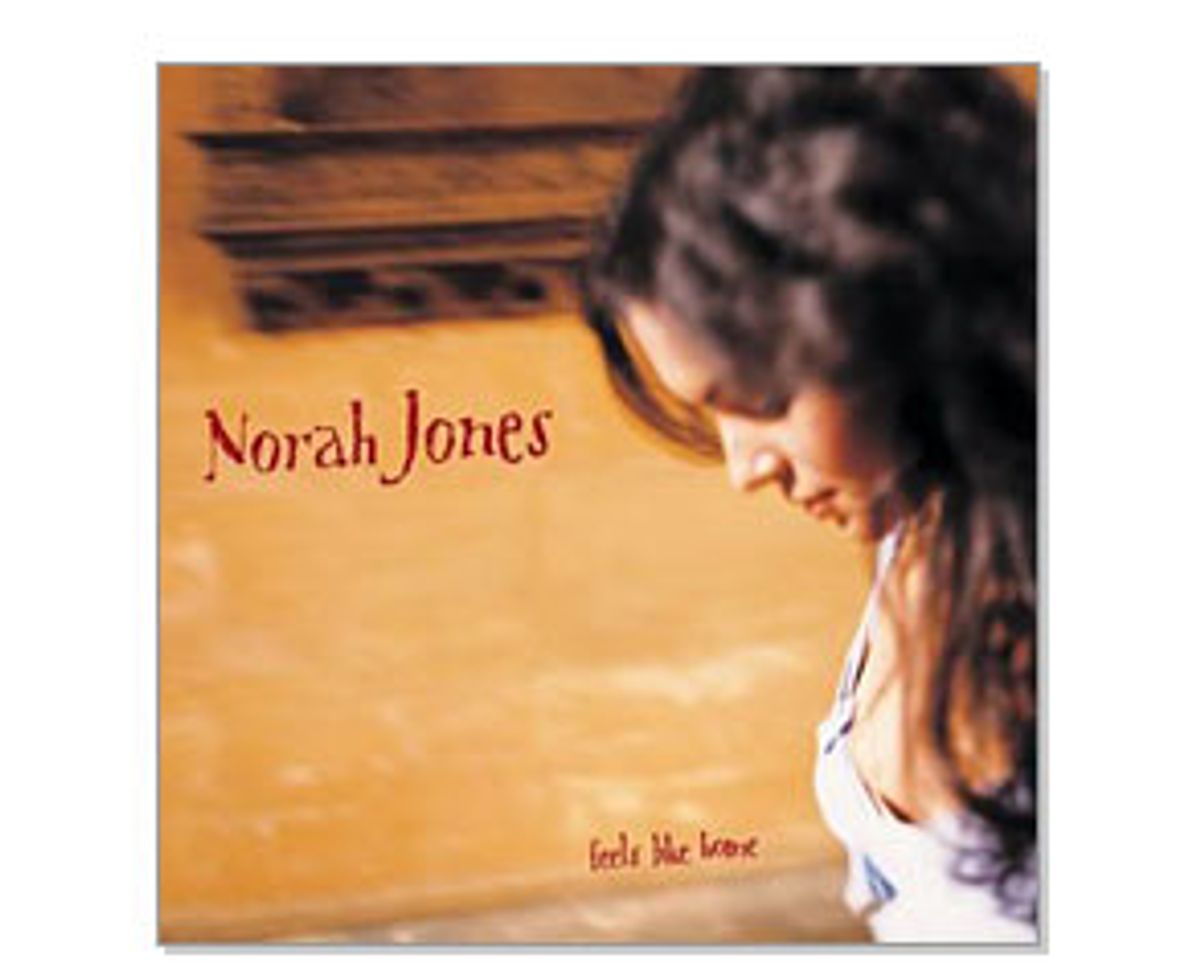 Norah Jones' new album, "Feels Like Home," available in stores Tuesday, is nearly indistinguishable from her sweetly unassuming and comically successful debut, "Come Away With Me." The twang has been dialed up a bit, and the jazziness down, but the music remains a compote of jazz, blues, country and folk, all stewed together into an essentially genreless brand of soft rock. "Feels Like Home" has the same charm as its predecessor, and also the same inescapable, overwhelming blandness.

Of course, that blandness is inextricably tied to what makes Jones so appealing and so successful: her embrace of simplicity. A less-is-more philosophy informs every aspect of her music, starting with her vocal phrasing, which is refreshingly free of the thoughtless ornamentation and melismatic overkill indulged in by most of her peers. Her piano playing is so understated as to be nearly invisible, and her extraordinarily restrained (perhaps drugged?) band follows suit. This music is unabashedly plain-spoken, humble and unassertive, in a way that is both unusual and admirable. With the whole package delivered by a voice and a face as lovely as Jones', it's easy to see why it has been so successful.

It is worth remembering, though, that something strikingly similar to Jones' music, with the same blend of jazz, blues, country and folk, has been tried before, and with far more interesting results. I'm thinking first of Madeleine Peyroux, whose 1996 debut "Dreamland" (still the only record she's released), made a small splash, although it was ultimately trivialized by the constant comparisons of Peyroux to Billie Holiday. While Peyroux's voice isn't quite as sweet as Jones', she has a feistiness that cuts through the otherwise low-key music, and an emotional range that the mild-mannered Jones can't match.

Even more important, there is Cassandra Wilson, whose 1993 "Blue Light Til Dawn" and 1995 "New Moon Daughter" serve as the blueprint for Jones' music. The architect of those albums, and the man who convinced Wilson to venture into the acoustic folk jazz she explored on them, was the producer Craig Street. His formula was simple: He hired great musicians from the New York experimental music scene, like Brandon Ross, Dougie Bowne and Charlie Burnham, and had them play the songs slowly and simply. Add a singer as musically and emotionally complex as Wilson, and there was pure magic.

Craig Street is part of the Norah Jones story as well. When she was first signed to Blue Note, he was brought in as the producer, and made a record with her using much the same formula he used with Cassandra Wilson, and even some of the same musicians. But Blue Note decided that Street's often unconventional choices, and the edginess that comes from using the musicians he did, would hurt the sales of the album, in retrospect a sound financial decision. So they brought in legendary producer Arif Mardin to redo the songs. The resulting sound was essentially a watered-down version of the sound that Craig Street had designed.

Norah Jones has reportedly been a longtime fan of Bill Evans, the jazz pianist. This is fitting, as he was famous for playing with absolute simplicity, never adding an unnecessary note. What is easy to forget, though, is that it's not just the simplicity that's important, it's the complex ideas behind the simplicity, the way something profound can be distilled into a few well-chosen sounds. Listening to those Cassandra Wilson records, you can hear the depth of thought behind each sound, both in her singing and in the way the band plays. On Norah Jones' records, there's nothing to really suggest a deep thought. I just hear a constant desire to be tasteful.

Norah Jones' music seeks, above all else, not to offend, so there are no rough edges, no prickly or unpleasant sounds, no unexpected harmonies. This strategy has obviously been quite successful, and she's not alone in adopting it. There's a fine crop of extremely successful purveyors of the bland out right now with whom Jones should feel some kinship, artists like John Mayer, Coldplay and Gavin DeGraw, to name just a few. But the Norah Jones phenomenon also reminds me most of the beautiful "Buena Vista Social Club," which I listened to obsessively for a year, just like a lot of people. It had many of the same attributes that made Jones' debut such a success: a slightly hip, "alternative" reputation, coupled with extremely easy to listen to, unobtrusive songs that work well as background music in boutiques.

The success of "Come Away With Me" was driven largely by one song, the gorgeous and extremely catchy "Don't Know Why." I doubt that "Feels Like Home" will be able to duplicate the success of that single, although if any song has a chance, it's "Those Sweet Words," which has a very similar feel to "Don't Know Why," and a few moments of melodic inspiration. The album's first single, "Sunrise," is lovely but forgettable, and doesn't stand a chance.

Any hope that Jones' emotional range has expanded in the years since her debut will disappear as you work your way through "Feels Like Home." She has found her emotional sweet spot, a gently yearning nostalgia, and she sticks with it on track after track. The cumulative effect is one of overwhelming, stultifying sameness, as each song gets the same sweetly wistful, unflaggingly discreet treatment. I don't dislike Norah Jones' music; there's nothing not to like. There's also nothing to love.