It was only a matter of time before someone made a horror film about a sex doll, but don't burn rubber to see this one. 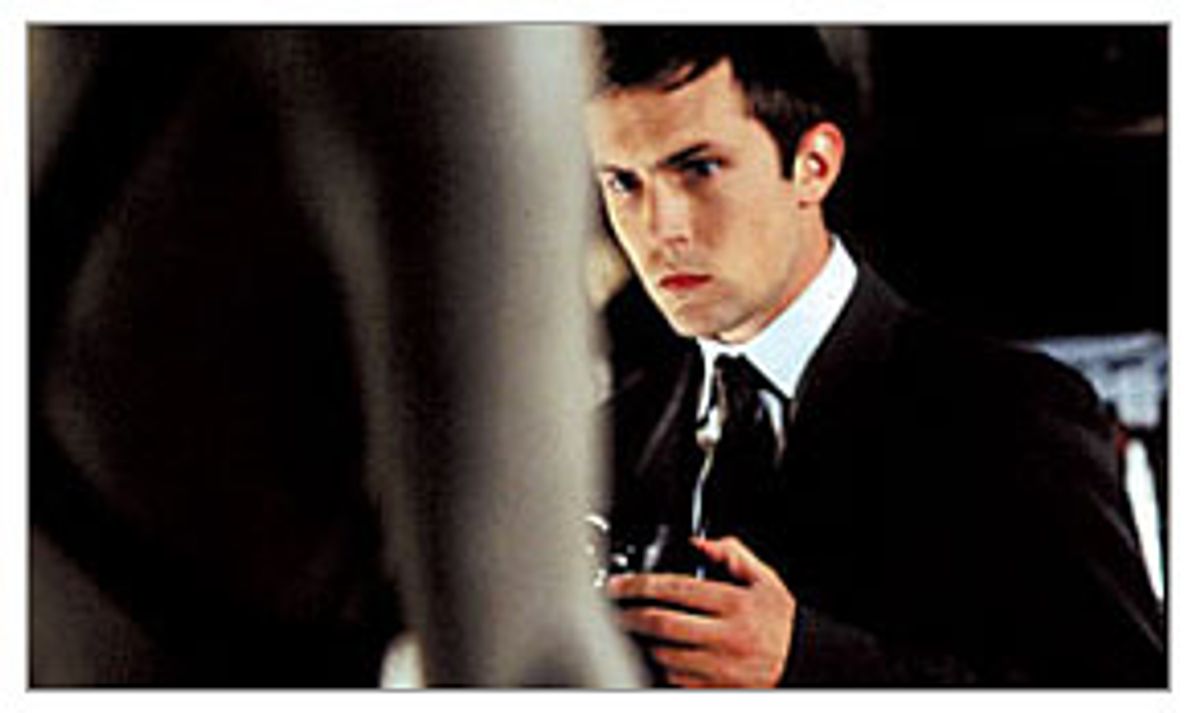 Dolls, like clowns and ventriloquists' dummies, have been staples of horror movies for so long that it's inevitable someone would get around to making a horror movie about a sex doll. Writer-director Robert Parigi, who makes his feature debut with "Love Object," has been inspired here by the new high-end sex dolls available on the Web site realdoll.com. Selling for about $7,000 and needing a couple of months to manufacture, the silicone dolls come with what are called "articulated" orifices and can be made according to the buyer's specifications in hair color, eye color, breast size, even pubic hair style.

Parigi, as he admits in an interview included in the press notes, is creeped out by the dolls. It's not hard to see why. Unlike the silly old inflatable dolls that we've all seen used as party gags, these dolls are eerie, less for the uses they are put to than for the way they simulate reality yet remain lifeless. The dolls' glazed expressions have that weirdness that can sometimes make mannequins seem so frightening.

The love object of the title is "Nikki," a doll ordered by Kenneth (Desmond Harrington), a grind who works writing instruction manuals for a technical writing company. Kenneth is so prolific and accurate at his job that his boss (Rip Torn) puts him on a huge project, a government manual that has to be done within a very tight deadline. Kenneth, a loner who prefers working by himself, isn't happy when he's assigned a temp to help him out. He winds up infatuated with the young woman, Lisa (Melissa Sagemiller), though he's so withdrawn he can't act on it. So he orders a doll specified to her body type and features. (Sagemiller was sent to the doll's manufacturer to have a rubber cast made of her face and transferred to a doll.)

At first, Kenneth is disappointed with the doll's inertness. But, because he pays attention to instructions for a living, he consults the manual and is soon dressing up Nikki for dinner dates in his apartment, holding her hand while he watches a movie with her, sleeping with the doll and greeting her in the morning like a lover. The trouble begins when Lisa begins to show an interest in him and Kenneth imagines that Nikki is jealous. (Or at least I assume he imagines it. We are not shown how Kenneth wakes up to find himself manacled to the doll, or if he is just imagining the phone calls he receives from Nikki.)

"Love Object" benefits from a funny-scary premise. There's something both arousing and off-putting about virtual sex. (And when the coworker who tells Kenneth about the sex doll company says, "You don't have to take a sex doll to see 'The English Patient'," you feel like adding, "or 'The Hours' or 'Cold Mountain,' either.")

The problem with the movie is that Parigi has chosen to make Kenneth creepy from the outset. Had he portrayed him as an awkward guy who purchases the doll out of horniness, loneliness and a sense of his own inadequacy, we might be able to work up some sympathy for him. Instead, Desmond Harrington plays Kenneth with a permanently furrowed brow and a troubled, piercing stare. It's a monotonous performance. He's too repressed, too closed off to make it easy to believe that someone as bright as Lisa would misread the weird vibes he sends out for mere shyness. He's not, like Robert De Niro in "Taxi Driver" or Terry O'Quinn in "The Stepfather," one of those psychos who can seem normal to most people. There's no drama in watching Kenneth go crazy because he's obviously crazy from the start.

Parigi has some good ideas here. It's a neat twist that Kenneth becomes a slave to Nikki, reversing what the relationship is supposed to be between sex doll and owner. And it's a nice touch that Kenneth is put off by Lisa's tongue piercing and the guardian angel she has tattooed on her left breast; he sees these as imperfections his Nikki is free of. But Parigi doesn't develop any of his ideas. "Love Object" has been shot by Sidney Snell in flat, dark tones that are oppressive and ugly. Kenneth's apartment, its wall covered in bulletin boards with neat rows of index cards to keep track of the progress of his work assignments, is meant to echo his anonymous cubicled office. But Parigi is still making the point long after we've gotten it, and we're stuck looking at these crummy interiors.

It's inescapable that sex dolls are creepy in ways that other sex toys are not, but there's a shade of hypocrisy in that reaction as well. Are they creepier than the disembodied rubber vaginas on sale at sex shops? Or dildos molded to look like penises? You can't help but feel some of the disapproval of sex dolls is because they are sex toys for men and seem to fit into the old feminist objections to men thinking of women as sexual objects -- as if only men are capable of thinking in that way. If Parigi had mentioned that the company that manufactures these dolls is now doing a good business in male dolls for women, his argument might have collapsed. Also, I couldn't help wondering why the doll looked so cheap, with obvious seams on the limbs and puckers on the face and under the arms. The dolls didn't look like that when they were featured in a segment on HBO's "Real Sex." Could the doll have been distressed to further the filmmaker's point?

"Love Object" is bound to get good reviews for what some critics will perceive as its feminist take on male sexual usury, the parallels it makes between that attitude and the corporate world, and for injecting a feminist consciousness into a genre that feminists have derided for playing on the victimization of women. But you shouldn't take a movie's feminist claims too seriously when it treats an actress in the way Melissa Sagemiller is treated here.

Even within the limitations of her role, Sagemiller is wonderful. Wearing her blond hair in a messy ponytail and with a tentative smile and eyes that look like she's just happily awoken from a nap, Sagemiller is completely fresh and appealing and natural. She winds up being treated worse than the victims dispatched in run-of-the-mill slasher films are. Parigi doesn't have the wit or the artistry to affect us the way Brian De Palma has by making victims out of the characters we most identify with. By the time Lisa is tied up on a table awaiting Kenneth's modifications, Sagemiller's role is reduced to crying and screaming in fear, and it goes on much, much too long.

In the context of what the movie has to say about men using women as objects, it wouldn't be surprising to hear Parigi defended for refusing to shy away from violence done to women. But a movie that lingers on a victim's suffering can be a lot less affecting than a movie that finds a visual shorthand for violence, and it can be far less shocking than a movie that gives us violence quickly and unexpectedly and moves on. By the end of "Love Object" a dorky loner who wants a rubber sex doll at his beck and call seems a lot less objectionable than a director who wants a talented flesh-and-blood actress at his.