In Lev Grossman's "Codex," an investment banker manages the neat trick of simultaneously getting lost in medieval England and a 21st century computer game. 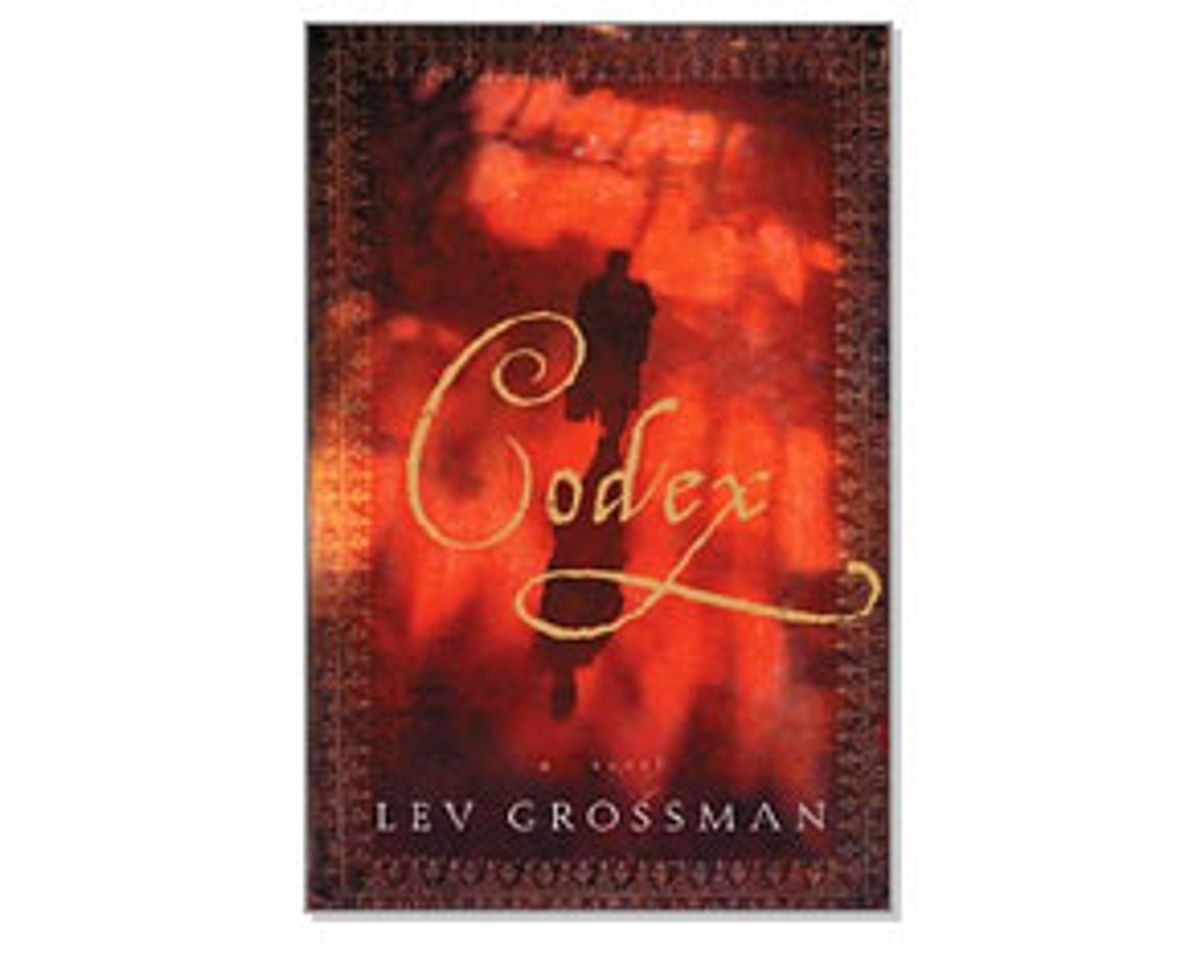 In "Codex," Lev Grossman's second novel, a 25-year-old investment banker stumbles through two twisted narratives. One takes Edward Wozny back to the birth of the English novel, immersing him in the mysteries of medieval texts and primitive bookmaking arcana. Here, his hands get dirty with the stuff of real (and really old) books, leather and crumbling paper and pasteboard.

The other takes place in a computer game, complete with stunning graphics, an open-ended and mind-bendingly complex plot, and multiplayer action. In this narrative, Wozny's hands don't get dirty but his mind sure does; gamers will easily recognize the woozy feeling generated by too many hours in the virtual realm.

Grossman, a book critic for Time magazine when he isn't writing his own novels (or spoofing reviews on Amazon) is playing around with narrative in classic postmodern fashion. While Wozny is neither an expert in medieval literature nor a good game player, Grossman comes off as familiar with both. Part of the fun of "Codex" is watching Wozny get introduced to the birth of English narrative, incubated in the time of Chaucer and, at the same time, instructed in the state of the art of multiplayer interactive gaming plotlines.

Unsurprisingly, the narratives merge. There are mysterious connections between the 14th and 21st centuries, between the gaming world and flesh-and-blood reality. The plot is a mild page-turning thriller about which to reveal too much would detract from readerly enjoyment, but suffice it to say there are crazy duchesses, mysterious 14th century monks and awesomely geeky programmers. The ultimate twist of the master narrative is dour and abrupt, and at some points the whole exercise feels flat, but overall, "Codex" is a smooth, quick read.

What might be most interesting about "Codex" is what it signifies about the future of narrative, at least as practiced by aspiring writers who have spent their formative years playing computer games. "Write what you know" is the old writer's dictum, and for an increasing number of writers that seems to mean writing about gaming. Last May, D.B. Weiss devoted an entire novel, "Lucky Wander Boy," to the subject. A year later, Weiss is looking like the thin end of the wedge.

There's an odd mirror-within-mirrors feeling when one reads a writer describing what the world looks like in a game. I kept flipping back and forth to check how Grossman's descriptions of the "real world" compared with his descriptions of the ultra-realistic world inside the game. And when scenes from the real world started matching scenes from the game, I started to get a tinge of that same nausea that some gamers get when they move too quickly through a faux three-dimensional world.

More of this is to come. Grossman won't be the last writer to emerge who has grown up immersed in computer games. As our culture gets more and more virtual, more and more digitally mediated, our novels will have to keep up.