With a campaign of distortion and lies, the right-wing smear machine is trying to impugn the military honor of John Kerry. 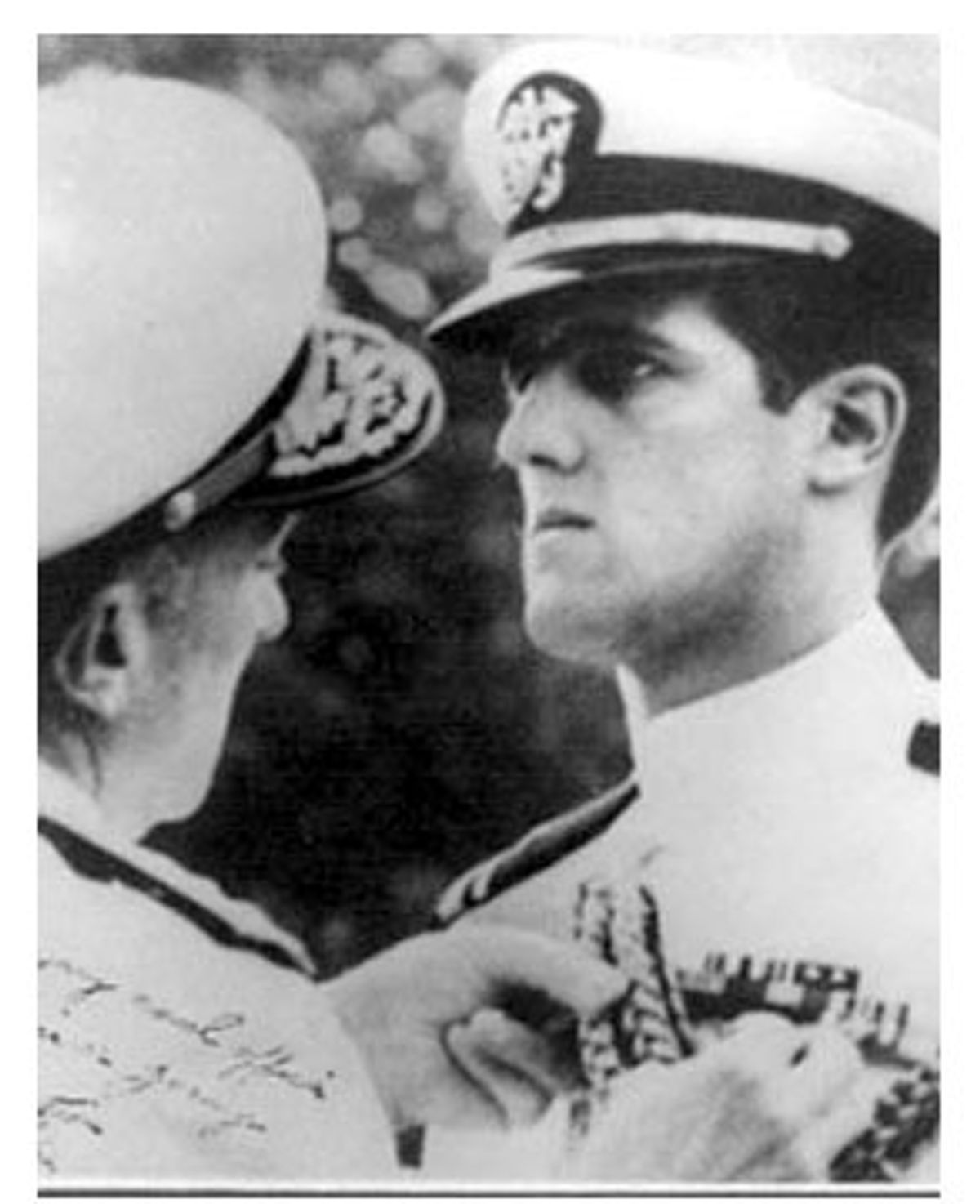 The contrast between the military careers of George W. Bush and John Kerry is drawing veterans to the Democratic Party -- and maddening conservative Republicans who have grown accustomed to monopolizing the symbolism of flag and country. To tarnish Kerry, the right has reached back more than 30 years to develop a narrative that transforms him from hero to traitor, by distorting his antiwar activism after he returned from Vietnam.

They hope to convince America that by testifying and organizing for peace, the young Navy lieutenant somehow "dishonored" his fellow sailors and soldiers.

This effort began quite crudely, with the anonymous distribution of a faked photo of Kerry with Jane Fonda. But now Kerry critics are focused on the so-called "Winter Soldier" investigation -- a public event staged in January 1971 by Kerry and other leaders of Vietnam Veterans Against the War to expose the brutality and devastation of the Indochina conflict.

The right-wing extremists at Free Republic have set up a new "Winter Soldier" Web site devoted to that event, highlighting Kerry's subsequent testimony before the Senate Foreign Relations Committee about alleged U.S. war crimes. According to the Freeper theory, he "launched his political career" by denigrating his comrades in arms, although nobody who reads his testimony will find much evidence to support that accusation. (He did run for Congress in 1972 -- and lost in part because of his VVAW connections.)

Coordinating with the Freeper attack are Texas chicken-hawk Rep. Tom DeLay, who recently upbraided Kerry for the Winter Soldier episode, and Gary Aldrich, the former White House FBI agent who fabricated salacious stories about Bill and Hillary Clinton, who now suspects that Kerry was "pro-Communistic" and is demanding to see his old FBI files.

Meanwhile, the National Review descended still further, featuring a weird article by Romania's former Communist spy chief, in which he insinuates that Kerry, and anyone else who talked about atrocities in Vietnam, was really an instrument of KGB propaganda. (It is remarkable to see a "conservative" magazine publish a smear written by a man who once facilitated the atrocities of the Ceausescu regime.) The essay by Ion Mihai Pacepa, who defected to the West in 1978, is titled "Kerry's Soviet Rhetoric," and claims that his testimony about the war in 1971 "sounds exactly like the disinformation line that the Soviets were sowing worldwide throughout the Vietnam era."

Had Kerry said or done something stupid at the impressionable age of 25 -- after surviving horrific jungle warfare that had cost the lives of several close friends -- his furious protests would be forgivable more than 30 years later. He, too, might have been "young and foolish when he was young and foolish," as a famous man put it. But in contrast to the VVAW's radicalized veterans and other elements of the antiwar movement, Kerry was sober and mature. Some of his own allies openly disdained him for his moderation. Although he, too, was disillusioned and angry, Kerry insisted on working "within the system." During that period he spent much of his energy trying to register young people to vote for antiwar congressional candidates.

It's also true that he led raucous demonstrations in Washington, and participated in the "Winter Soldier" hearings. When he appeared before the Senate three months later, he spoke at length about reported American atrocities, attributing most of the specific allegations to veterans who had testified during Winter Soldier. Graphic references to rape, dismemberment and murder took up less than a paragraph of his lengthy testimony, but they certainly brought no credit on the U.S. military. Yet his eloquent words won bipartisan praise from the senators who listened to him.

Kerry didn't join the antiwar movement to indict his fellow soldiers; he often spoke with passion about the injustices done to them, both during the war and when they returned home to inadequate medical care and an indifferent government. His purpose was to prevent more of them from being killed, as he said over and over again.

He didn't try to absolve himself when denouncing the indiscriminate violence of the war. On "Meet the Press," he confessed that he had participated in "the same kind of atrocities as thousands of other soldiers have committed in that I took part in shootings in free-fire zones." But he felt strongly that U.S. military commanders and civilian policymakers were far more culpable for those atrocities than the men who obeyed their orders. Appalled by the civilian casualties in the "free-fire zones" marked out by their commanders, Kerry and other junior officers had gone to Saigon in January 1969 to complain to their superior -- and were of course ignored.

The free-fire zones, the use of napalm, the carpet-bombing and the assassination programs were all aspects of a guerrilla conflict that could not be prosecuted without killing thousands of civilians. Only by falsifying history -- and assuming that nobody will remember the truth -- can Kerry's right-wing critics claim that he somehow misled the country about what was happening in Vietnam. The smear depends on historical amnesia.

Last year the suppressed recollections of that disturbing past emerged again, when investigative journalist Gregory Vistica revealed wartime secrets long concealed by Bob Kerrey. Although the most incriminating details remain disputed, the former senator and Congressional Medal of Honor winner has admitted that he and Navy SEALS under his command massacred civilians during a nighttime raid on a hamlet called Thanh Phong in 1969. The ensuing debate over his conduct revived searing memories of My Lai, the village where hundreds of civilians were raped and murdered in March 1968 by U.S. soldiers.

In 1971, John Kerry told the Senate that if William Calley and the other soldiers who committed those atrocities were guilty, then so were the commanders who had made such crimes inevitable and then covered them up. "I think if you are going to try Lieutenant Calley then you must at the same time, if this country is going to demand respect for the law, you must at the same time try all those other people who have responsibility, and any aversion that we may have to the verdict as veterans is not to say that Calley should be freed, not to say that he is innocent, but to say that you can't just take him alone." Kerry's critics argue that My Lai was an isolated incident, but at least one celebrated general doesn't agree.

Secretary of State Colin Powell held a command position in the Army's Americal Division, which had included Calley's unit, and he was asked to investigate the earliest allegations about My Lai. He failed to uncover the massacre and was later accused of facilitating the coverup. Whether that accusation is fair or not, Powell knows what happened in Vietnam.

"My Lai was an appalling example of much that had gone wrong in Vietnam," he wrote in his bestselling autobiography, "My American Journey." "The involvement of so many unprepared officers and noncoms led to breakdowns in morale, discipline and professional judgment -- and to horrors like My Lai -- as the troops became numb to what appeared to be endless and mindless slaughter." For some reason, despite his loyalty to the president, Powell doesn't seem eager to attack John Kerry.