"Straight Plan for the Gay Man" asks: What's worse than an overplayed concept that was past its prime four months ago? Answer: An offensive joke that's not even funny. 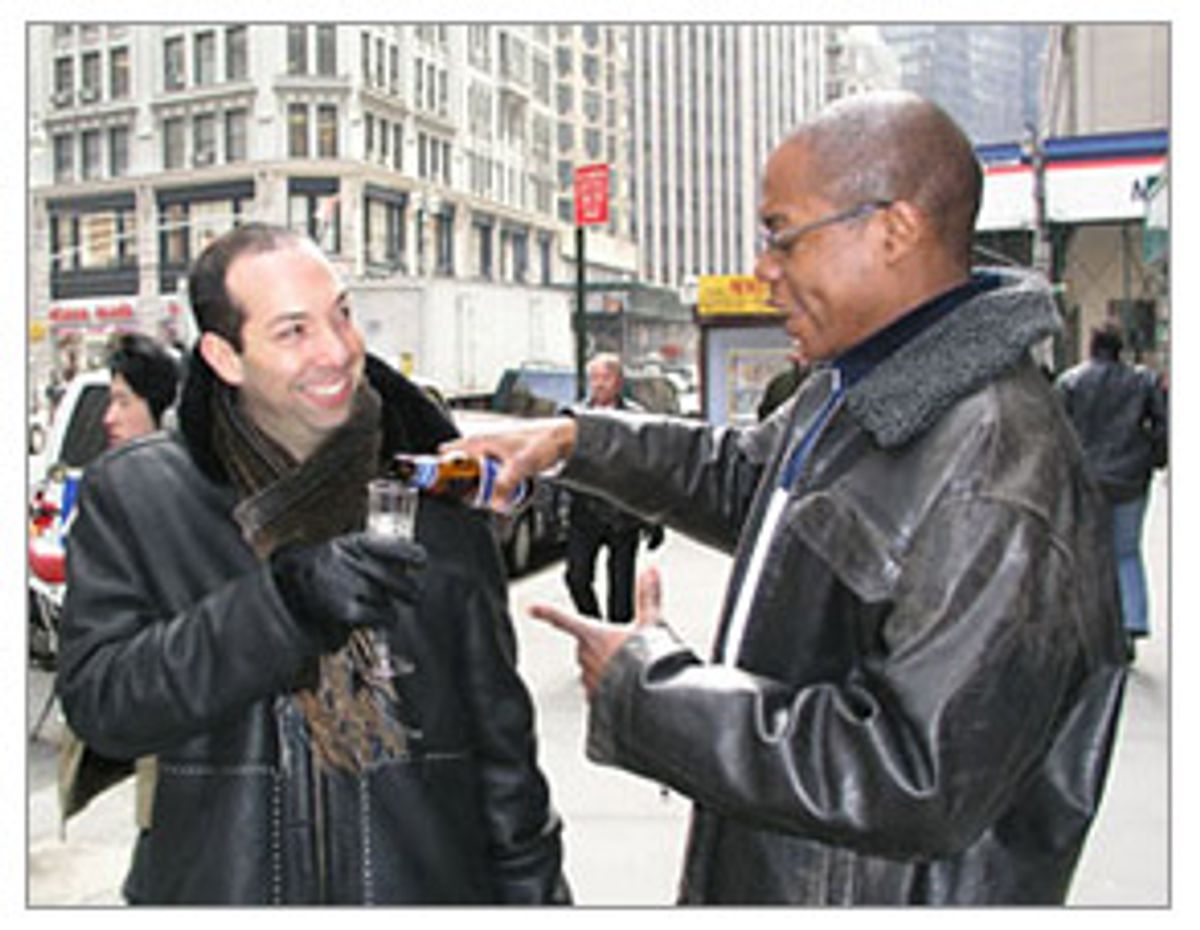 Janet Jackson's rip-away wardrobe. "Where's the beef?" commercials. The Milli Vanilli lip-syncing fiasco. Anything involving Tonya Harding. Some pop cultural phenomena are so widely known and recognized, making good jokes about them is possible for approximately 3.2 seconds. Unfortunately, the kinds of faintly talented people who long for those 15 minutes of fame that Warhol promised them are the same ones who dream up big ideas based on someone else's 15 minutes, pitch those big ideas about three months too late, which is around the time when most faintly talented development executives are catching on to the latest trends. Four months later, voilà! Shows about stuff people cared about six months, 30 days, 23 hours, 59 minutes and 56.8 seconds ago arrive, and -- surprise! -- they're not very good.

Enter "Straight Plan for the Gay Man" (Mondays at 10 p.m.), Comedy Central's flaccid sendup of the already parodied within an inch of its life "Queer Eye for the Straight Guy." Forget that "Queer Eye" references jumped the shark around the time that Troy of "The Apprentice" took his belt off before meeting the Fab Five so that they could reprimand him on his lack of fashion sense. Forget that macho, straight-guy humor typically has all of the sophistication and appeal of liver pudding. Forget that this is a concept worthy of a two-minute "SNL" skit, at best. "Straight Plan for the Gay Man" is here, it's not queer, and it's about as fabulous as a 10-gallon drum of pig lard.

But that's the whole point, silly! The "Flab Four" stride into gay men's apartments, dismiss their boyfriends, hide or rename their cats, eliminate any existing style elements, and make really lame jokes, presumably in order to demonstrate what it's like to be straight. While this might sound fun -- four slovenly guys deriding the presence of throw pillows, whimsical figurines and suspiciously healthy houseplants sounds kind of funny, right? -- the choices the "Flab Four" make aren't remotely clever or subtle enough to amuse. Instead, they sweep the stuffed animals out of sight, scatter some candles around because they "make women feel like they're in a romance novel" and replace artsy photography of naked men with beer posters of half-naked women. Even though there's plenty of material to work with here, ranging from eclectic to mildly offensive, we're instead treated to exchanges like this one:

Curtis: I notice the video collection. "Absolutely Fabulous." We'll have to take that out, replace that with ... I don't know, what do you think?

This isn't parody, this is a really bad pitch meeting for "The Man Show." When Billy (Appearance Guy), Curtis (Environment Guy), Kyle (Information Guy) and Rob (Culture Guy) trudge around a guy's place, desperately trying to dream up snappy jokes about the things they find, instead of building on the humor of "Queer Eye," they only remind us of how much more entertaining the original is.

The whole mess smacks of the sort of desperation that arises out of a pretty good (if awfully dated) idea that gets lost when there aren't other, more original ideas to flesh it out. When Roger reveals his blue exercise ball, for example, each of the Flab Four enters the room and asks, "Have we done the blue-ball joke yet?" And more often than not, it's the improvising gay man who has the best punch lines. When Curtis shows Steve his redecorated apartment, which, in a clumsy parody of a swingers' pad, is now covered in fake leopard skins, ugly dragon figurines, and tons of candles, Steve thinks the place looks more gay than ever, and wonders out loud if so many candles in the presence of so many synthetic fabrics doesn't constitute a major fire hazard.

On another episode of the show, the guys are charged with transforming gay man Roger into a "jock." After a few basketball lessons and a trip to a sporting goods store, the guys fill Roger's apartment with girly posters, a play basketball hoop, and cases of Rolling Rock in every corner. As if that's not obvious enough, the guys take Roger out for a haircut, and the barber shaves the image of a basketball in his hair. "I didn't mind the haircut as much as the crop circle that was put into the back of my head," Roger quips.

But such moments of cleverness are few and far between, even when the slowest-moving targets are in the Flab Four's sights. At one point, the guys try to teach Steve techniques for picking up girls. In describing one technique, creatively referred to as "The Big Lie," Rob explains that, in talking to a woman, if you choose too big a lie, "Chances are, she's going to see through it. If she doesn't see through it, she's probably borderline retarded. And if she's borderline retarded, she can't give consent, so get out, get out, get out!"

Rob's comment is typical of this show's disastrous joke trajectory. First, he manages to offend without making us laugh by calling a woman "borderline retarded." Next, he awkwardly stumbles into obvious, stomach-turning macho guy territory regarding sleeping with an impaired woman, but stops short by advising Steve to "get out," a move that offends just as much as it would if he'd told him to go for it, but includes the added benefit of an awful self-conscious bailout. So we get the worst of all worlds: offensive but lily-livered, clichéd but not funny. Did I mention that the segment in question was clearly scripted?

You have to hand it to the team behind "Straight Plan": Few could have taken a concept that, however overplayed, has plenty of built-in material and ready-to-wear gags, and transformed it into an unwatchable tangle of weak jokes too obvious for the typical frat boy. While Roger reports that "It was fun to leave some stereotypes at the door, and to be able to make fun of other ones as well," as far as we can tell, every stereotype in the world was invited to this party, and it was still a bomb.