John Turturro is cleverly creepy and Johnny Depp appropriately tangle-haired and crotchety, but the real star of this Stephen King adaptation is the couch. 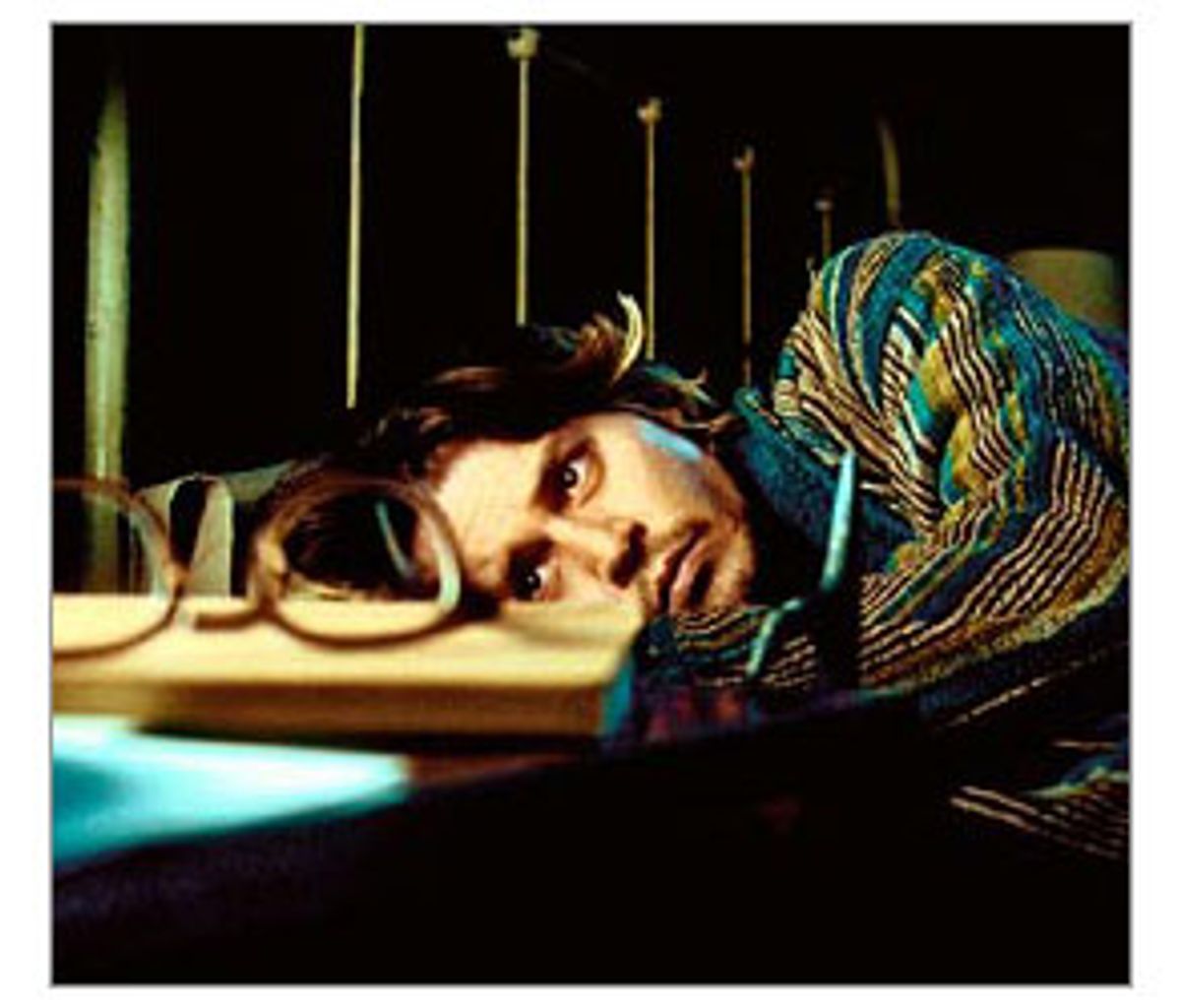 One of Stephen King's favorite subjects is that of writers losing control over their own stories, to the point that those stories end up manipulating them. It's a good subject, considering that no writer worth his or her salt can tell you exactly where inspiration comes from, when it comes at all: What if the best stuff works its way out from the darkest corner of our brains, and not from the sunny side?

"Secret Window," adapted from the King novella "Secret Garden, Secret Window" by director and screenwriter David Koepp, wades into some potentially creepy territory. No writer wants to know where the good stuff comes from (if for no other reason than fear of drying up). What if the source of your best material showed up on your very doorstep with a dour face, a hostile demeanor and a round black hat? And what if he was John Turturro?

That's just one example of the pleasingly dry wit at work in "Secret Window." And there are plenty of times when the movie is so stylishly old-fashioned that you almost forget you know exactly where it's headed: One of the problems with "Secret Window" is that if you know anything about King -- or if you've ever seen a horror movie where the protagonist's own worst enemy is himself -- it's all too easy to figure out what's going on. Koepp makes us think the story he's laying out before us is more of a mystery than it is, such that the final revelation is something of a letdown. Instead of taking us someplace we fear to go, "Secret Window" leads us to a place we've already been -- we know it so well, we could write the book on it ourselves.

Johnny Depp is Mort Rainey, a writer who has banished himself to an artistically ramshackle lakeside cabin after separating from his wife, Amy (Maria Bello). Amy has remained in the couple's dreamily huge suburban house, where she's taken up with her new beau, Ted (Timothy Hutton). Mort had caught the two of them in bed together, which precipitated the breakup of the marriage and instigated some pretty painful and ugly divorce proceedings.

Mort is supposed to be writing, as writers are supposed to do, but he's more interested in napping on his cozy, saggy couch. He spends a great deal of time there, huddled in a tatty bathrobe with his back to the world. Then a stranger -- Turturro, in that spooky parson's hat -- shows up on Mort's doorstep, announcing that his name is John Shooter and he's angry because Mort has stolen one of his short stories. Shooter has come all the way from Mississippi to settle this score, and he demands that Mort put the theft right -- or else.

"Secret Window" works well enough, to a point. The story is so basic that it makes a fine template for an exercise in style, and Koepp layers on the details with great relish. He and cinematographer Fred Murphy take a great deal of care with their mini mood builders. At one point Mort settles in for an afternoon nap only to wake up in the early-evening semidarkness (with a menacing-looking note fluttering against his window, no less) -- the sequence captures perfectly the unsettling feeling of having lost time. Some of the movie's other images, such as a round moon perched atop a silhouette of pine trees or a set of car headlights slashing through wooded darkness, are almost iconic in their simplicity.

But mostly, "Secret Windows" is too iconic. When we meet Mort's adorable, grizzled-with-age mutt in an early scene, we know he's going to be a goner not long after, and unfortunately, we're right. (Koepp isn't a sadist, though -- we see the dog's corpse only fleetingly, and there's no distressingly prolonged preamble to his death.) When Mort enters his empty house and hears rustling, he stalks from room to room wielding a fireplace poker as a weapon. The intruder proves to be not a raccoon (my first guess) but a mouse (my second).

It seems that for Koepp, getting to the movie's windup is 99 percent of the fun, and he's not wrong. But a few more surprises along the way wouldn't have hurt. As a screenwriter, Koepp (whose script credits include "Carlito's Way," "Panic Room" and the wickedly spry "Death Becomes Her") is a resourceful and effective storyteller. And as a director, he made the unjustly overlooked 2000 supernatural thriller "Stir of Echoes," with Kevin Bacon, which shimmered with sustained eeriness. Unlike "Secret Windows," "Stir of Echoes" was the sort of thing that could make you think twice before turning out the lights at bedtime.

"Secret Windows" doesn't stick with you in the same way, although Depp is, as always, a pleasure to watch. With his tangled dyed-blond rooster's thatch of a hairdo and his professorial glasses, he's the epitome of the absent-minded, crotchety writer. He declares resolutely, "I didn't steal that story," and then second-guesses himself on the rebound, adding bluntly, "I don't think." Depp plays that line, and others like it, with the snappy timing of a professional vaudevillian, and it works perfectly.

And Bello -- who, after her performance in "The Cooler," is finally being recognized as the terrific actress she is -- is on solid footing here. Her scenes with Depp capture the damaging abrasiveness that creeps into the space between ex-lovers. Turturro plays Shooter exactly as he ought to: as a dark, taciturn figure whose evil aura is just short of cartoonish. When he suggests to Mort that he knows all the details of his personal life and has been spying on Amy as well, he can't help throwing in the addendum, "She's purty." The outrageous hokiness of the line makes you laugh, but it also sends a centipede-wriggle of a shiver up your spine.

Yet the greatest and most believable character in "Secret Window" may be Mort's couch. Couches are the writer's friend; when the going gets tough, the tough go to sleep. In the production notes for "Secret Window," Koepp states that he took great care finding just the right couch for Mort: "I tested all of them and personally napped on the one we ended up using, because I don't know any writer who doesn't have a good nap couch." Mort may not understand where his inspiration comes from, or why he's driven to do the things he eventually does. Who knows what evil lurks in the hearts of men? Only the sofa knows -- and it's not telling.