Val Kilmer delivers his lines like they're beat poetry in this thoroughly Mametized -- but not very thrilling -- search-and-rescue thriller. 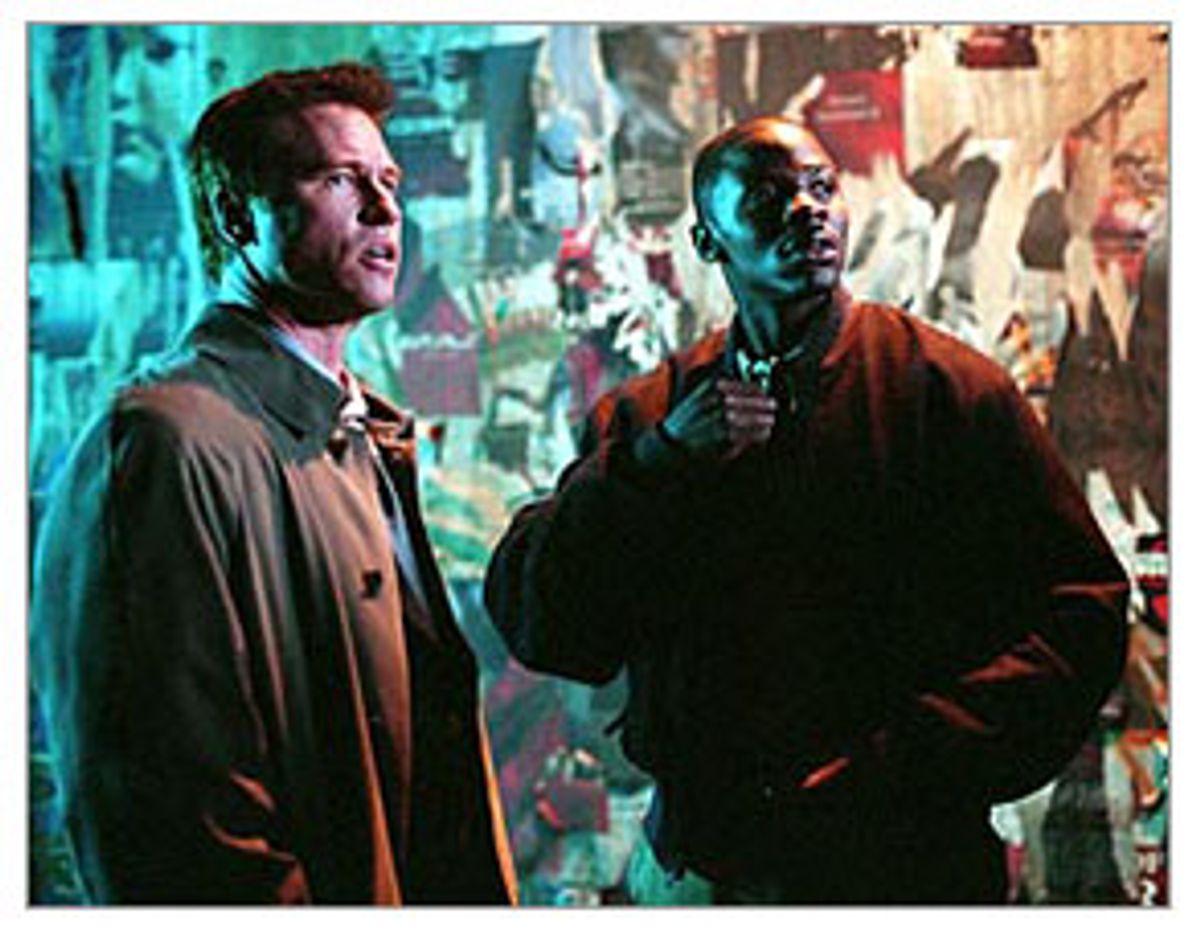 In "Spartan," Val Kilmer plays a military man who's part of an elite, covert special-operations force. When it appears that the president's college-student daughter (Kristen Bell) has been abducted, Kilmer, working with a young rookie colleague (Derek Luke), is called in to find her before the press gets wind of it.

If your answer is no, you're not alone. "Spartan" is the same old stuff, but now it's been thoroughly Mametized, like a spray-on treatment you could spritz out of a can. How well you respond to "Spartan" probably depends on how much you enjoy Mamet's rat-a-tat rhythms or, more specifically, how much you enjoy watching the actors' pleasure in his dialogue, which is considerable. The language, which the actors deliver with a winking straightforwardness, scans like a parody of parody. Kilmer gets the best lines, such as "Keep your mouth shut and your eyes open" and (my personal favorite) "You wanted to go through the looking glass. How was it? Was it better than miniature golf?" He relishes the words, spinning them out with an exaggerated masculine flatness. We're half in on the joke and half out, but one thing's for sure: As is usually the case with Mamet material, we're very much aware that a craft is being practiced.

"Spartan" isn't exactly dull. It's often disconcertingly entertaining and arty at the same time, as if Mamet and his actors (including some very serious and good ones, like top secret-ops guy William H. Macy, who slinks through portions of the movie in a Sprockets-style black turtleneck) were wholly convinced of the worthiness of their enterprise. Their conviction almost rubs off on us. "Spartan" takes some wacky turns that are enough to make you snort out loud (there's a very good reason, underscoring the movie's anti-establishment slant, the president's daughter exclaims, "I was raised by wolves!"), but the actors take it all so seriously that we tag along with them, craning our necks to see what they're really getting out of all these writerly shenanigans.

Some of them come out on top. Derek Luke is relaxed and natural, so much so that we forget he's working with, quote-unquote, great dialogue for actors. And Kilmer hits the groove on Mamet's craziest lines, turning them into beat poetry: "Watch the weather baby, 'cos it's going to change." After a split-second imaginary bongo thump he adds, "Yeah."

But even when Mamet's movies are entertaining (like the ensemble comedy "State and Main,"), they always feel like an exercise, and "Spartan" is no exception. Cinematographer Juan Ruiz-Anchia (who also shot Mamet's "Things Change" and "House of Games") gives the picture a perfunctorily suspenseful look, as if the images had been muted so as not to compete with the language. "Spartan" would have more resonance if it weren't so bone-dry: It struts around with a princely degree of pomposity, which only underscores how silly it really is. Mamet may think he's taken us through the looking glass. But we really end up on the other side of the windmill, slightly dazed after being bonked on the head with an errant plastic ball. What the heck was that thing we just sat through? Whatever it was, it was surely Mamet.