What makes ex-USA Today reporter/fabulist Jack Kelley worse than other disgraced journalists is that he peddled the most divisive stereotypes imaginable -- and people believed him. 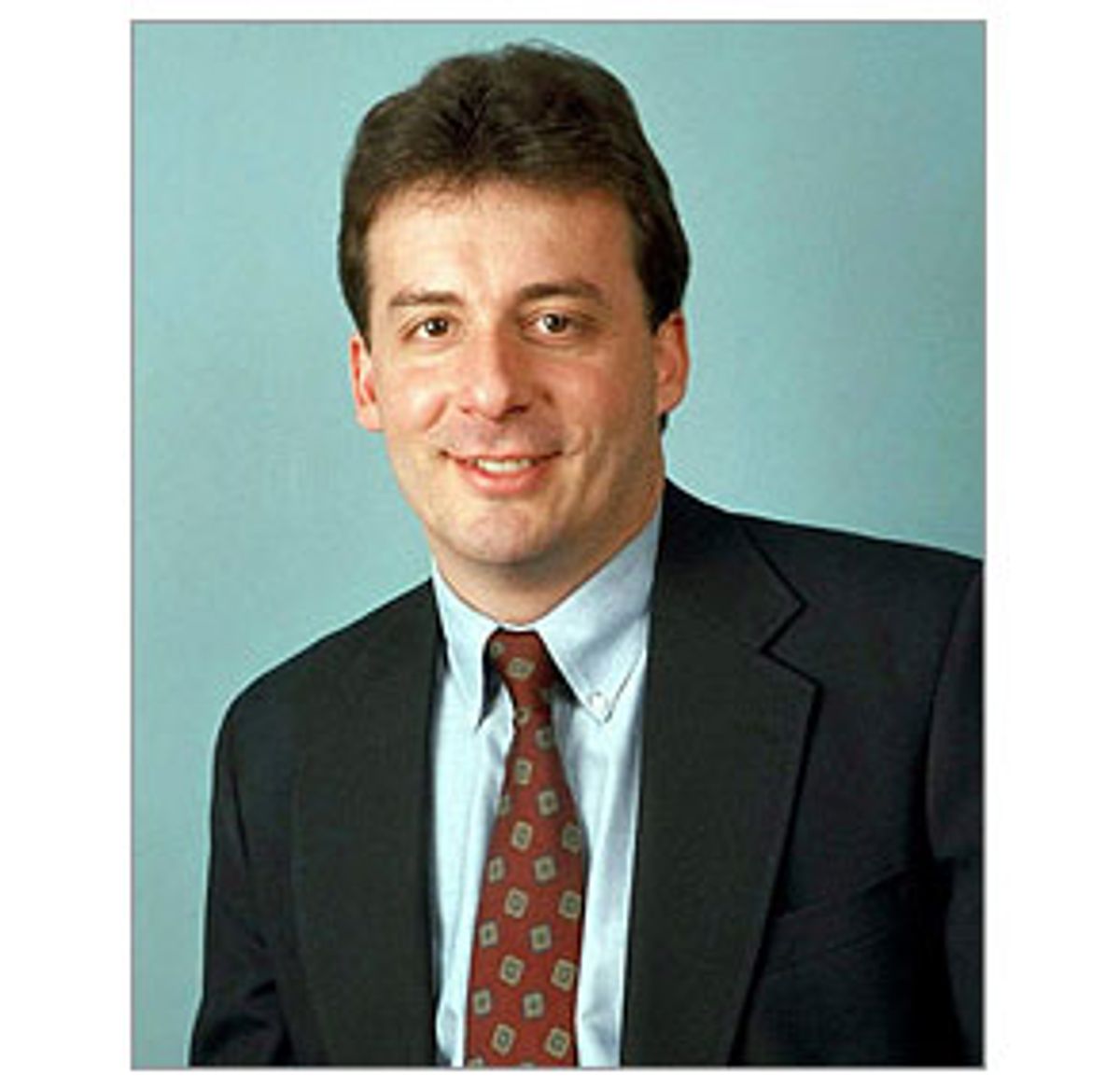 A Jewish settler named Avi Shapiro vows to eliminate the "sons of Arab whores." He dons his yarmulke and, along with 12 vigilantes, riddles a Palestinian taxi with bullets. A Pakistani youth unfurls a photo of the Sears Tower and sneers, like a villain in a Chuck Norris movie, "This one is mine."

Those are scenes that Jack Kelley, formerly a star reporter for USA Today (he quit in January), claimed to bear witness to in the Mideast. A devout Christian, he declared, "God has called me to proclaim truth." Last week his paper revealed him to be a fraud. That boy with dibs on the Sears Tower? Turns out he was a figment of Kelley's imagination. So was Avi Shapiro. Seven weeks into an ongoing investigation, it's clear that Kelley fabricated those characters and others in some of the world's least stable places, even writing scripts on his laptop computer so that his co-conspirators could help him fool fact-checkers.

But what stands out in Kelley's phony oeuvre -- remarkable by any standard, with imagined Cuban refugees drowning by moonlight and multiple fake decapitations at a suicide-bombing in Jerusalem -- is the way he trafficked in particularly explosive stereotypes. And what makes him emerge as a more dangerously misguided figure than his tarnished peers -- Jayson Blair and Stephen Glass among them -- is how influential those tales became.

"I want to read that to you and our audience," Russert said, "give you a chance to think about it and talk about it ... How do we change their mindset?" (The secretary's reply: "There isn't a big 'they.'")

The kid -- whose classmate completes the picture of evil in the story by telling Americans, "I will get your children, I will get their playgrounds" -- became a mascot of the dangerous new world post-9/11. The week he spoke to Rumsfeld, Russert also asked former Sens. Gary Hart and Warren Rudman to consider the report. Kelley's fiction inspired a Oct. 13, 2001, column by syndicated columnist Armstrong Williams, a conservative voice picked up in more than 75 newspapers. As readers passed his story around, the kid showed up in the letters section of Stars and Stripes, and in an Oct. 18 letter to the Syracuse, N.Y., Post-Standard. Shawn Harmon, a 35-year-old reservist, dared pacifists and "the whole UC Berkeley Crowd" to turn the other cheek, in the light of Jack Kelley's article -- proof, he said, that we have to "rid the world of this virus."

As for Kelley's murderous Avi Shapiro: The piece, wrote Arab Coalition for Media Equality spokesman Al Kadri in a Sept. 10 letter to the Canadian Windsor Star, was one that "everyone should read." According to Kelley himself, almost everyone did.

"Last August," he recalled in a 2002 CNN Reliable Sources round-table discussion of fairness in Middle East reporting, "I wrote one cover story on Jewish vigilantes in the West Bank and how they fired on a taxi carrying Palestinian women and children -- received 3,000 e-mails per day, for 10 straight days. After that, we had to switch my e-mail address. Got seven death threats and got a bouquet of white funeral flowers sent to our building." Washington Post media critic (and Reliable Sources host) Howard Kurtz mentioned the anecdote in his column, and Slate referred to the story a "long disturbing look at Jewish extremists" by a reporter who was "on-a-roll."

Plenty of people did question the story, calling it absurd from the first sentence (they laughed at the idea that Orthodox Jews would "put on their religious skullcaps" for a vigilante outing, reasoning they would have them on all day).

But that didn't stop Avi Shapiro from becoming a favorite among Israel critics, and also extremists -- in particular, Nazi sympathizers. As a torrent of e-mails complained about USA Today's depiction of Jews, an infamous Holocaust denier leapt to his defense.

"*** Urgent message from the Zundelsite! ***" posted Ingrid Rimland on her revisionist mailing list -- repeating the "urgent" line three times for emphasis. "I URGE you not to let this one courageous journalist down," she wrote. "Refrain from any abuse - just show that we are classy, well-informed people, and that we detest the one-sided reporting of most mainstream media. Express your gratitude for the courage of Jack Kelley!" She wasn't alone. For Avi Shapiro, far beyond his cameos on mainstream Web sites debating the Mideast situation, was becoming a poster boy not just for occupation critics but for anti-Jewish extremists and crackpots. He was a living embodiment of what they'd been saying all along. A French Holocaust-denial newsletter at VHO.org posted the story under the words "HUMANISME JUIF" (Jewish humanism).

But before writing of Avi Shapiro, Kelley's other articles were frequently passed around among pro-Israel activists. In July 2001, the Jewish Council for Public Affairs urged members to send congressional representatives his (so far, still unchallenged) portrait of a Hamas family, which begins: "The Hotaris are preparing for a party to celebrate the killing of 21 Israelis this month by their son, a suicide bomber. Neighbors hang pictures on their trees of Saeed Hotari holding seven sticks of dynamite. They spray-paint graffiti reading '21 and counting' on their stone walls. And they arrange flowers in the shapes of a heart and a bomb to display on their front doors."

In fact, Kelley's previous reporting caused some observers to hestitate to dismiss his Avi Shapiro report. "To Kelley's credit," wrote OurJerusalem.com editor Jason Maoz in February, "he was the first journalist to report on Palestinians using ambulances as a cover for terrorist activities -- something heatedly denied by Palestinian officials."

Which brings up another explosive Kelley story -- and the question of whether it will still stand after USA Today's investigation. In it ("Street Clashes Now Deliberate Warfare," Oct. 23, 2000) Kelley saw -- he claims -- a street battle in Ramallah where an Arab rescue vehicle, a Red Crescent ambulance, dropped off "two buckets of rocks and a crate of bottles to be used as molotov cocktails." That's no casual observation, because it weighs in on long-standing debate between Israelis and Palestinians. While Arabs say Israelis are hindering ambulances without evidence of past abuses, IDF leaders contend that, on a few occasions, they've been shot at by gunmen in ambulances, or found explosives aboard the vehicles.

Kelley's contribution to the debate was widely cited by American pro-Israel groups. HonestReporting.com called Kelley one of "a few brave reporters." Hawkish Washington Post columnist Charles Krauthammer mentioned Kelley's ambulance sighting in a piece that week called "Realities of War," and Rep. Eliot Engel, D-N.Y., followed up the next month by writing a protest to the International Red Cross.

Whether that story turns out to be true or not, Kelley told a lot of people what they expected to hear. Don't we all expect those colorful foreigners of the Mideast to talk like Indiana Jones characters, calling their enemies "sons of whores," like Avi Shapiro, or uttering lines like "I will make my body a bomb that will blast the flesh of Zionists, the sons of pigs and monkeys," like the 11-year-old Ahmed in the (thus far undisputed) Kelley piece, "The Secret World of Suicide Bombers"? Who, feeling guilty about the deaths of civilians, wouldn't be soothed to read that Ahmed's small frame and boyish smile are "deceiving," because his vulnerability "mask[s] a determination to kill at any cost"? Or that school kids bombed in Afghanistan might not be so innocent after all, perhaps dreaming of blowing up a Chicago landmark?

Not long after 9/11, responding to a woman expressing qualms about hazards to "innocent bystanders" in Afghanistan, one Usenet poster replied by pasting the Sears Tower story into the newsgroup. The title of his post: "Know thine enemy." Someone called it blather.

"Blather?" the original poster replied. "Jack Kelley has balls of steel. Talk about courage! An American journalist going to visit a suicide bomber school and interviewing thousands of crazed fanatics screaming their hatred for the U.S.A. right to his face."

After struggling to cope with Stephen Glass' staggering spree of fabrication, then-New Republic editor Charles Lane said: "One of the parts of the answer that I've settled on is that so many of his stories revolve around stereotypes ... They fit into the preexisting grooves that are already etched into everybody's heads, things we think or are predisposed to believe are true.

As it turned out, Jack Kelley's forgeries fit snugly into the preexisting grooves of people all over the world looking for coverage of evil Jews, or cute Muslim boys who turn out to be devils.

Kelley was recently listed on the faculty of the World Journalism Institute, which trains Christians to be journalists. Its purpose: "The need to be faithful to the Christian example of accurately reporting (e.g., being reliable eyewitnesses) the work of God in today's world." And he's said of his work: "I feel God's pleasure when I write and report. It isn't because of the glory, but because God has called me to proclaim truth, and to worship him and serve through other people."

The inflammatory truth he's proclaimed, of the world where Avi Shapiro and the Sears Tower kid live, may not be truth as we understand it. But Kelley found an eager multitude of believers ready to receive his truth and eager to award its messenger that rarest badge of honor: "Unbiased."