How you will pay for the war 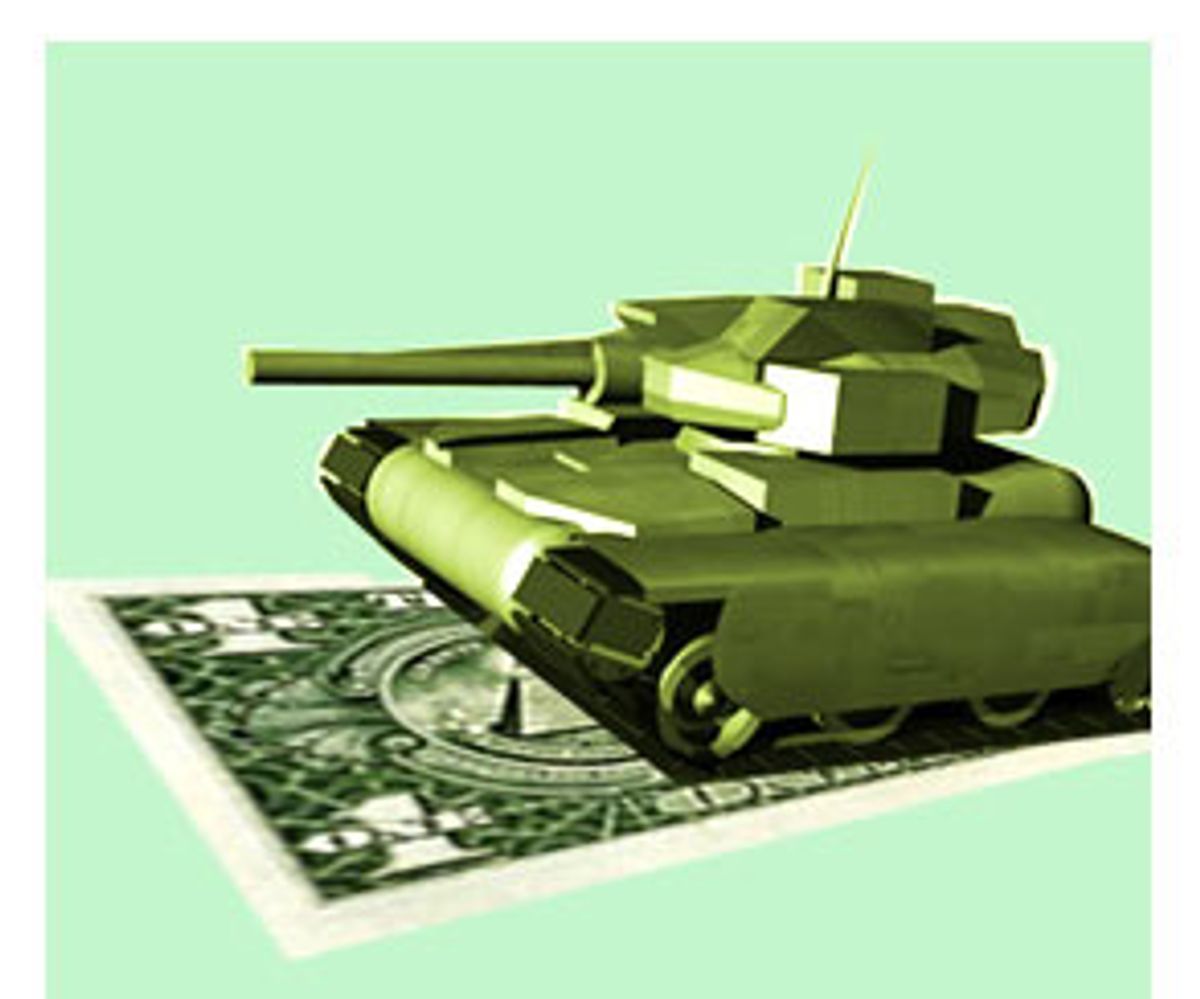 Well, it may be that the laws of economics remain in force. And one of them says: War causes inflation.

Every major war in the past century brought inflation to some degree. And so did two upheavals in the Middle East, the Yom Kippur War of 1973 and the Iranian Revolution of 1979, which did not directly involve the United States, except through their effect on the price of oil. Why is this so? The big reason is that wars must be paid for, somehow. They require resources that civilians would otherwise use. Those resources must be diverted to the war effort. Usually, inflation is the easiest way. World War I was largely financed by inflation, and so were the Revolutionary and Civil Wars before that. So, though on a smaller scale, was Vietnam.

Inflation applies the law of the jungle to war finance. Prices and profits rise, wages and their purchasing power fall. Thugs, profiteers and the well connected get rich. Working people and the poor make out as they can. Savings erode, through the unseen mechanism of the "inflation tax" -- meaning that the government runs a big deficit in nominal terms, but a smaller one when inflation is factored in. GNP rises with the national debt, but living standards do not.

Are we seeing the start of this once again? It is too early to tell for sure. At only about 1 percent of GDP, the Iraq war remains small so far. (However, one might add another percent or so for military spending increases not directly related to Iraq. Notably, these include President Bush's ballistic missile defense -- militarily useless but sure to absorb construction materials on a tight market.)

In March, the Consumer Price Index hit 7.4 percent at an annual rate, up from only 1.4 percent over the previous year. No doubt there will be ups and downs in the months ahead. But one may well fear that a general trend toward higher inflation lies ahead. And this is true even if (as seems likely) there is no general wartime boom. That is partly because in a global economy even small price effects can be magnified in several ways, some of which we are now seeing. Here's why.

First, oil and gas prices -- a fundamental price in our economy -- are already high and still likely to rise. With gasoline averaging $1.80 around the country and hitting $2.49 at the hottest spots, transportation costs for all commodities are rising too. With oil at $37 per barrel -- up $10 in the past six months -- fertilizer and therefore food costs will be affected in the months ahead. Yes, as Bob Woodward reports in his new book, "Plan of Attack," the Saudis may try to rescue Bush by cutting prices this summer -- a feel-good gesture. And after the election, what do you think will happen?

Next, we find that inflation is breaking out in China -- a consequence of that country's boom and rising demand for oil, steel and other commodities it must purchase on the global market. There will be pass-through to the price of Chinese imports to the United States. So there goes the major brake on inflation in the prices of our manufactured goods, something American consumers have benefited from for many years.

Then we will feel the effects of the dollar's decline on the prices of goods from Europe, Japan and Canada. The dollar's decline is already, no doubt, a component of the rising dollar price of oil. And this fact assures that Europe suffers less than we do from the consequences of our occupation of Iraq. Markets reward the peaceable, as nations from Switzerland to Sweden to China have long known. Economically speaking, empire is a suckers' game.

And there is profiteering. Firms with monopoly power usually keep some in reserve. In wartime, if the climate is permissive, they bring it out and use it. Gas prices can go up when refining capacity becomes short -- due partly to too many mergers. More generally, when sales to consumers are slow, businesses ought to cut prices -- but many of them don't. Instead, they raise prices to meet their income targets and hope that the market won't collapse. Own a telephone? Cable TV? Electrical connection? Been to a doctor? Filled a prescription? Have a kid in college? Then you know what I mean.

Meanwhile, lurking in the background are Alan Greenspan and the Federal Reserve. They await the election and their moment to raise interest rates. The pressure is clearly building -- as reflected in the hortatory tone of the New York Times headline on Floyd Norris' story on April 16: "It's Time for an End to Super Low Interest Rates."

Really? Says who? The theory that higher interest rates control inflation is based on the idea that inflation is driven by too much civilian spending, by too much business investment, and especially by greedy workers demanding big raises. But business investment has barely started to recover. Wages are not rising these days -- how could they be? Real wages (adjusted for the price increases) are falling. Higher interest rates will add another injury to that one.

Think through what will actually happen when interest rates rise. For firms that administer prices, interest rates are just another cost. Like the rise in oil, the rise in rates will be passed through. Prices will rise. High interest rates may, indeed, choke off inflation eventually. But they do it in only one way: by forcing households and businesses to cut back, by squeezing people with debts, and therefore by slowing down the civilian economy. Expect this cure to come later, cheered on by the business press. It will be worse than the disease.

Higher interest rates, in other words, are not a way to fight inflation in the short run. They are, instead, part and parcel of the strategy of inflationary war finance. Their function is to help ensure that debtors pay, and creditors do not.

Is there another way? The answer is yes, but it isn't easy.

In wars past -- notably in World War II and Korea -- the job was done by steeply progressive taxes including taxes on excess profits, by "forced saving" (which was an essentially compulsory private holding of public debt), and by price control. Interest rates were frozen at 2 percent on government bonds -- and essentially at 0 on bank deposits. The principle was: No one profits from the war.

This combination kept inflation down -- prices were stable from 1942 through 1945. Not many grew rich off that war. Instead, my generation grew up with series EE bonds to our names. They were the promise that those working to win the war would see some of the material fruits of their labor later, when peacetime production returned. Together with progressive taxes and stable prices, they formed a bond between those leading the war effort, and those working to support it.

It's clear that we shouldn't expect anything of the kind from Team Bush.