Co-founders Sergey Brin and Larry Page believe they can thwart the greed of shortsighted Wall Street, but there's always a price to pay. 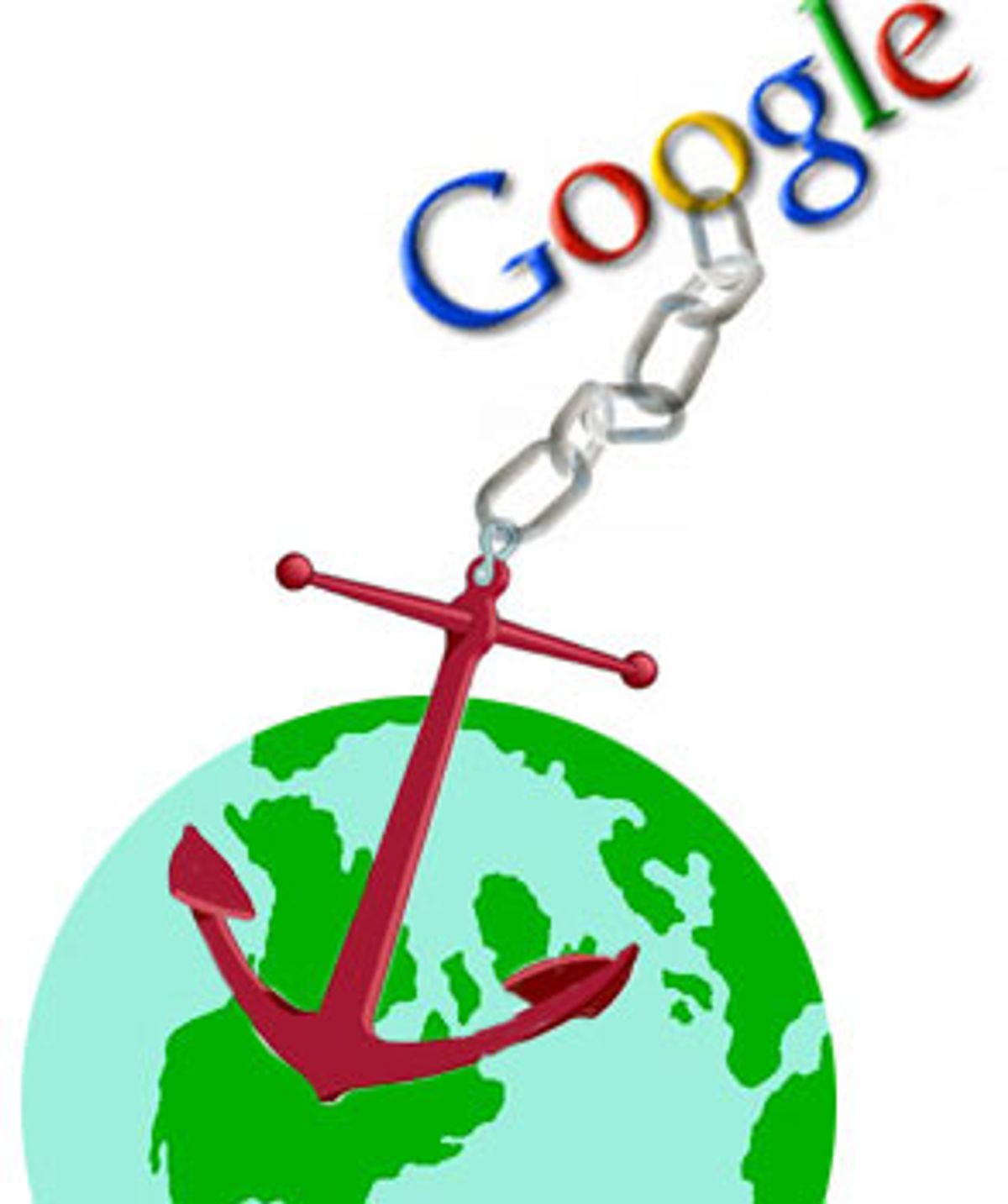 It's all Google, all the time in the business press these days, as obsessive coverage of the hottest IPO since whatever.com shifts from when will they go to how will they go and how much will they raise. But analyses of comparative valuations, Dutch auctions and multiple share classes all miss a bigger question: Why go public at all?

The takeaway message from Enron, Worldcom et al. ought to be that the publicly held corporation as we know it is increasingly obsolete. Managing for shareholder value doesn't just lead to short-term thinking at the expense of viable strategies and responsible leadership, it virtually guarantees it. And fraud and funny accounting practices are not anomalies; they've been features of the limited liability corporation since its creation two centuries ago. (See "Bleak House," Charles Dickens, 1852.)

Google's unusual offering is a step in the right direction, but really only a half step. True, the Dutch auction process should spread shares to a wider investor base and deter flipping. Restricting voting shares to the founders and senior management should buffer them from the slings and arrows of securities analysts, if only a little. But couldn't the new type of company described in Google co-founder Larry Page's screed -- pardon me, prospectus -- find alternate means of financing and just say no to the Wall Street casino altogether?

It's not impossible. Consider Dolby Laboratories, which has been both privately held and the market leader in sound processing for recorded music and movies for nearly four decades. Founded in 1965, the company is only now considering a public offering because Ray Dolby is getting elderly and has to think about inheritance taxes. Not coincidentally, Dolby has long been known for giving back to the community and sustaining a supportive employee environment. Some of the great European brands, like Ferragamo, have been privately held for even longer.

I don't mean to set up a Google straw man here. I'm as addicted to the site as anyone. I've known and admired CEO Eric Schmidt for years; he's one of the most thoughtful and articulate guys in Silicon Valley. And I like what Page wrote in "An Owners Manual" for shareholders. But I question whether a dual class voting structure will truly enable Schmidt, Page, and co-founder Sergey Brin to ignore share price fluctuations and focus on the long term. A similar ownership structure hasn't stopped Dow Jones, publisher of the Wall Street Journal, from slashing staff when earnings slip.

The truth is there's no way for a "democratic" company (i.e., a company with broadly held shares) to manage for anything but short-term returns, and no amount of blather about good governance is going to change that. The cult of shareholder value has enshrined the share price as the holiest of metrics and woe betide the CEO who does not pay heed. Investors have grown ever less patient with chief executives whose numbers fail to meet the Street's expectations.

Consulting firm Booz Allen Hamilton studied chief-executive succession at the world's 2,500 largest public companies and found that involuntary, performance-based turnover of chief executives reached a record high in 2002, accounting for almost 40 percent of all successions -- more than triple the number of firings in 1995, the first year studied. And the standards for acceptable performance are growing more strict. In 2000, terminated chief executives underperformed those who retired voluntarily by 13.5 percentage points; by 2002, that "return gap" had shrunk to 6.2 points. [Full disclosure: I often contribute to Booz Allen's quarterly journal, strategy+business.]

As Allan A. Kennedy points out in "The End of Shareholder Value" (Perseus Books, 2000), most managers know their job is to improve the long-term performance of the companies they run. "But they measure value by the current movement of the stock price -- even when they know this is only a crude approximation of the kind of calculation required if true shareholder value is to be achieved ... what started as a focus on value has spiraled into a quarter-to-quarter race for results. Short-termism rules the day."

What's a company for? It cannot be about nothing more than procuring, producing and profiting any more than a life can be about no more than eating, sleeping and procreating. Charles Handy, the British management guru and social philosopher, puts it well: "The purpose of a business is not to make a profit, full stop. It is to make a profit so that the business can do something more or better. That 'something' becomes the real justification for the business. Owners know this. Investors needn't care."

Page, Brin and Schmidt know this too. The trouble is, they're about to sell a part of themselves to the folks who need not, do not and will not care.

Most managers don't commit fraud. But there is endless pressure from the Street to do acquisitions and mergers that rarely add value; to trim costs, even if it means short-changing research and development; and to reduce staff during downturns, even if that leaves the company spread thin for the next cyclical upswing. Most CEOs I know have even less regard for securities analysts or mutual fund managers than they do for business journalists, but that is the audience they have to play to. The Google guys can thumb their noses now, but they won't be the hottest game in town forever. There is nothing in the Google model that looks unassailable to me, and once Microsoft, Yahoo and the rest start assailing there are bound to be some rocky quarters.

It's crazy that shareholders are treated like owners or investors, when most are really neither. Traders typically buy in and out of a stock like Google within days if not hours; that's not investing, it's gambling. But once you take their money, you are answerable to them, multiple share classes or not. At a recent gathering of CEOs that I attended, the rough consensus was they spent 30 to 40 percent of their time dealing with the Street, and millions of dollars a year on fees to bankers, lawyers and auditors, all associated with being a public company.

Maybe Google had no choice. Maybe without Andy Bechtolstein's $100,000 Page and Brin would still be in the dorm room. Maybe without Kleiner Perkins and Sequoia's $25 million they could never have scaled the concept. Maybe Google had to turn to the public markets to pay them back. Maybe the lure of instant billions was too much for anyone to resist.

It's too bad. But maybe, in another dorm room or garage somewhere, there's a genuinely new company being born. Maybe this company understands that in today's outsourced world the only truly essential capital is the intellectual kind; that employees are assets, not costs; and that ownership of your own destiny is priceless. I hope so.