"The place is broken"

CIA veteran Bob Baer says torture was forbidden when he worked for the agency. "Now contractors are sent out to torture people to death and then hide it." 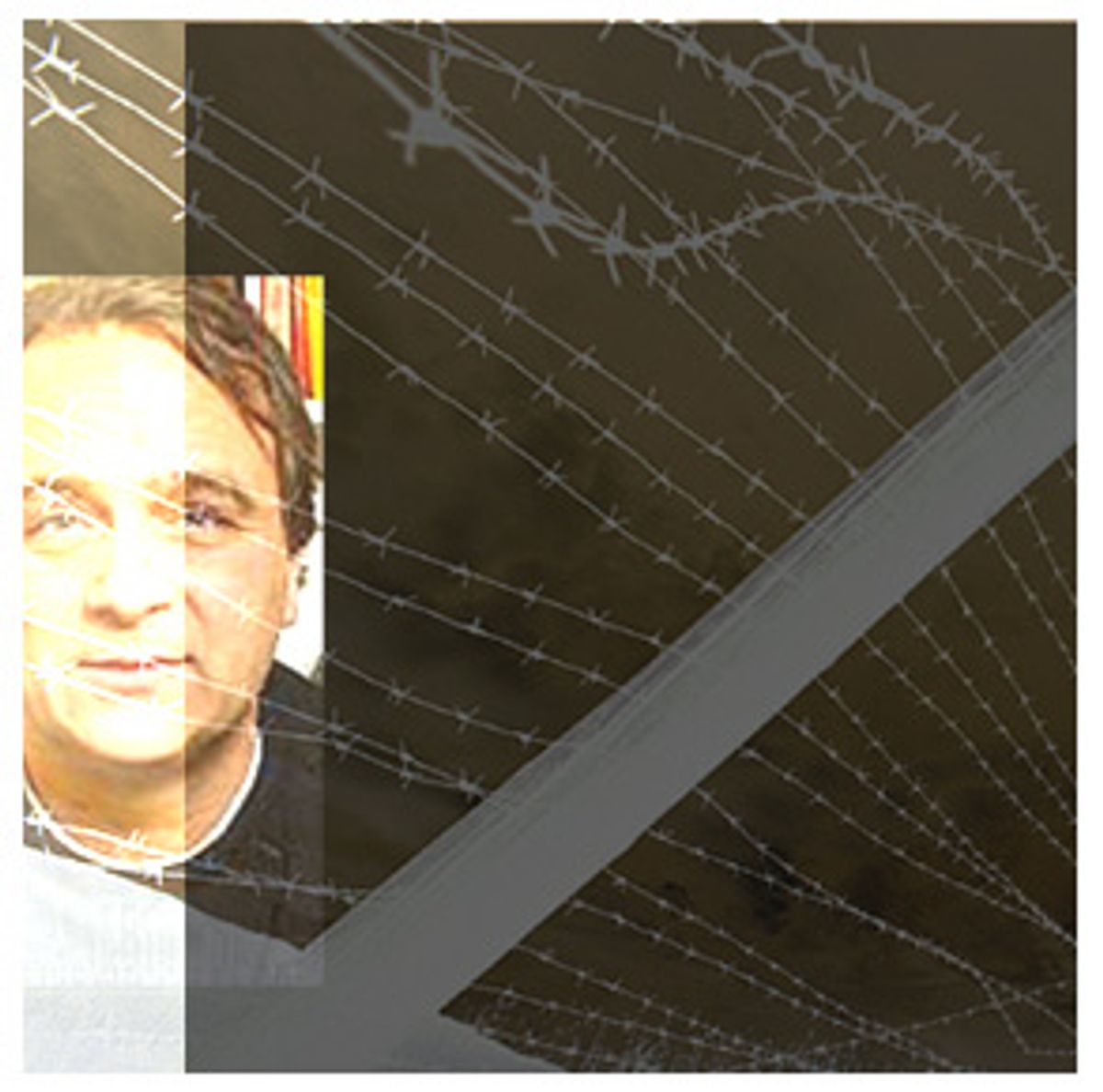 In 22 years as a CIA officer, not only did Bob Baer never hear of American agents using torture as an interrogation technique, but his career would have been over had he been anywhere near something like that. Other countries in the Middle East and Central Asia where he served may have practiced torture. But for CIA agents, it "was a definite no-no," he says. "After the Vietnam War, the culture was very much against it."

Now, the United States faces an international uproar over photos showing U.S. military personnel physically, mentally and sexually abusing Iraqi prisoners at the Abu Ghraib prison in Baghdad. Military officials are investigating the deaths of 10 detainees at undisclosed locations in Iraq, while the CIA's inspector general is examining the involvement of CIA officers and contract employees in three deaths in Afghanistan and Iraq. The CIA has referred those three cases to the Justice Department for possible criminal prosecution in civilian courts. Justice won't say whether it is also examining the other deaths.

A fluent Arabic speaker, Baer is the author of two bestselling books, "See No Evil: The True Story of a Ground Soldier in the CIA's War on Terrorism" and "Sleeping With the Devil: How Washington Sold Our Soul for Saudi Crude." In 1995 he operated in the protected no-fly zone of northern Iraq as a CIA liaison to Kurdish militia, the U.S.-backed Iraqi National Congress and other dissidents aiming to topple Saddam Hussein.

Salon caught up with Baer recently at a pub near his home on Capitol Hill in Washington. The former agent talked about the Abu Ghraib scandal and how U.S. policies on interrogation have changed since the Sept. 11, 2001, attacks.

As far as you know, was torture ever used as an interrogation technique while you were in the CIA?

No, not while I was there. I got in, in 1976, at the end of the conflict in Vietnam. And at that time in the CIA, torture was as serious as, say, fabricating reporting is in journalism today. It was a firing offense -- we knew that. You torture, you're fired. There are two kinds of political correctness in the CIA. One is that we don't want to annoy someone in the State Department trying to recruit someone in Moscow and have it blow up. And then there is the kind of stuff that's illegal, or used to be illegal -- which is assassination and torture.

But torture now seems to be acceptable in the American intelligence community?

Apparently. I mean, look at Iraq.

When did that happen?

It must have been after 9/11. I'd heard rumors of this in Afghanistan with the contractors, but no one had really nailed it down with pictures. Up until 9/11, torture was ... I mean, you wouldn't think about it. It was considered a criminal action.

Are you sure? You left the CIA six years ago.

I can't believe the atmosphere when I left the place in 1998 would have changed so radically. Frankly, it is inconceivable to me. Without the incentive of 9/11, I don't think that this would be happening.

Why do you think it became acceptable after 9/11? Is there an element of revenge involved? Or is there a feeling it will help us get information to protect us from future attacks?

I just don't think there's a lot of supervision, for one thing. And torture -- I just don't think it really works. I think it works for the Egyptians, the Syrians, the Saudis, who want to scare the hell out of people. But you don't get the truth. What happens when you torture people is, they figure out what you want to hear and they tell you.

You said that in your day, torture was a firing offense. Were any agents fired for involvement in torture while you were in the CIA?

Yeah. Remember those two guys in Guatemala [CIA agents Terry Ward and Frederick Brugger]? They were running the Guatemalan colonel who was alleged to have been involved in the torture and death of the husband of an American woman, Jennifer Harbury. That's a key case that people have forgotten. Those guys weren't even involved. But they didn't report it quickly enough, and Sen. Bob Torricelli of New Jersey leaked it to the papers. Administratively they didn't report it, and these guys were forced to retire. That's how serious it was, torture. And the colonel wasn't even involved, as it turned out.

In his testimony before the Senate Armed Services Committee last week, Defense Secretary Donald Rumsfeld called the violence at Abu Ghraib "fundamentally un-American." But the Washington Post reported Tuesday that the CIA general counsel issued a new set of interrogation rules after the Sept. 11 attacks authorizing methods that cause temporary physical or mental pain. Isn't that torture? And can we conclude from that that the torture in Iraq was officially sanctioned?

Sure, it's classical torture. Any pain, whether it's being forced to squat down or bend over, is torture. Putting a cloth over your head and pouring water over you so you choke, that's torture. I think [the CIA directive] was probably meant for the 9/11 prisoners who were taken last year, not necessarily for Iraq, but someone transferred it over to Iraq. It was so systematic that I suspect that someone higher up the line said, "Just get these people to talk."

Perhaps it's more of a wink-and-nod approach?

It looks more systematic than that. The fact they were moving prisoners around tells me that. I've been to Abu Ghraib [as an ABC News consultant after the Iraq invasion]. You can't move prisoners around there unless the commander of the prison is aware of it. If you've got an ICRC [International Committee of the Red Cross] visit -- and they're supposedly moving people out to abandoned buildings so they're not questioned -- then you've got to have someone other than the [military police] approving this. It's a large facility; it's a huge ground. If you take people out of their cells, handcuff them, and move them to another block, it's not something a small group of rogue M.P.'s could have done.

It's grim. It's cement blocks. People lived in communal rooms and, according to people who'd been in the prison that I talked to, there were no beds. You had to sleep on cement floors, and it was so crowded you had to sleep on your side. There were no toilets, just holes. I was in it right after the Iraq invasion. The doors were open -- the only people in there were Iraqis looting it. I can't imagine what they were looting. All the records were burned. They had portraits of Saddam Hussein on the wall, a mural of Saddam holding this little girl on his lap, wearing his best suit. Can you imagine being tortured and coming out to see Papa Saddam sitting there?

And now the Americans -- at least in the minds of Iraqis and many others in the Middle East -- are no better than Saddam?

That's right. The U.S. was going to go in and win the hearts and minds of the Iraqi people, and instead we take over Abu Ghraib when we should have torn it down. It's just enormously symbolic. It's sort of like going into Baghdad and tearing down the central mosque and building a synagogue in its place. I don't think [U.S. policymakers] really get the full picture of this.

Have you personally ever participated in an interrogation?

No. I have questioned Iraqi soldiers who were taken overnight in fighting in northern Iraq in 1995. But it was just a sit-down. I was more interested in making sure the Kurds weren't fooling us. There was fighting going on [between Kurds in the north and Saddam's forces in the south], but Washington was doubting it because the fighting was taking place at night when people couldn't see it. So I wanted to make sure those prisoners were actually current Iraqi soldiers rather than people who were posing as soldiers. And there was some question in my mind whether I could even do that.

Well, what would have happened to me if the guy had walked out of there and then the Kurds tortured or killed him? Then they could say, "Well, Mr. Bob told me to do it."

Such things had happened before?

Yes, in Lebanon in 1983, when terrorists blew up the American Embassy. Two agents came back and said they'd seen the Lebanese torturing a suspect. The question was, "Did you encourage it?" They said, "No, we just saw it." But that was enough to stop the Embassy-bombing investigation, because the Lebanese had tortured one guy to death. It turns out the guy was a Christian, and he had nothing to do with the bombing. Amin Gemayel was the president, and he rolled up the usual suspects. And since he was in a civil war with the Christian militia, he tried to blame one of them for it. But we all knew the predecessor to Hezbollah [was to blame] -- and we all know they don't hire Christian Maronites to do their bombings. But after that, messages went out to CIA stations all over the world saying, "We don't torture."

What about the contractors who are allegedly involved in the abuse and at least one of the deaths. Does that surprise you? Did the CIA ever use contractors to conduct interrogations while you were at the agency?

No. The only contractors we had were people who fixed your computers and stuff. You never used a contractor to run agents or sources, interrogate, or anything like that. And there were all sorts of reasons for that. How can you trust somebody you haven't vetted? I mean, an outside company -- who knows who these people are that they're hiring?

Should Defense Secretary Rumsfeld resign over this?

I think he should, because it was systematic and there was a failure to deal with Abu Ghraib right from the beginning. He did not understand the significance [it would have] all over the Arab world.

Should the director of central intelligence, George Tenet, resign?

Come on. Here's a guy who has overseen a string of intelligence failures, from the [mistakenly bombed] Chinese Embassy in Belgrade, to the [failure to find] weapons of mass destruction in Iraq, to 9/11. And now torture? How bad does it have to get before you hold someone accountable? When contractors are sent out to torture people to death and then hide it, the place is broken.