The government did not want us to see nightmarish images from Iraq. But with our soldiers and our enemies armed with digital cameras, we can't escape the gruesome realities of war. 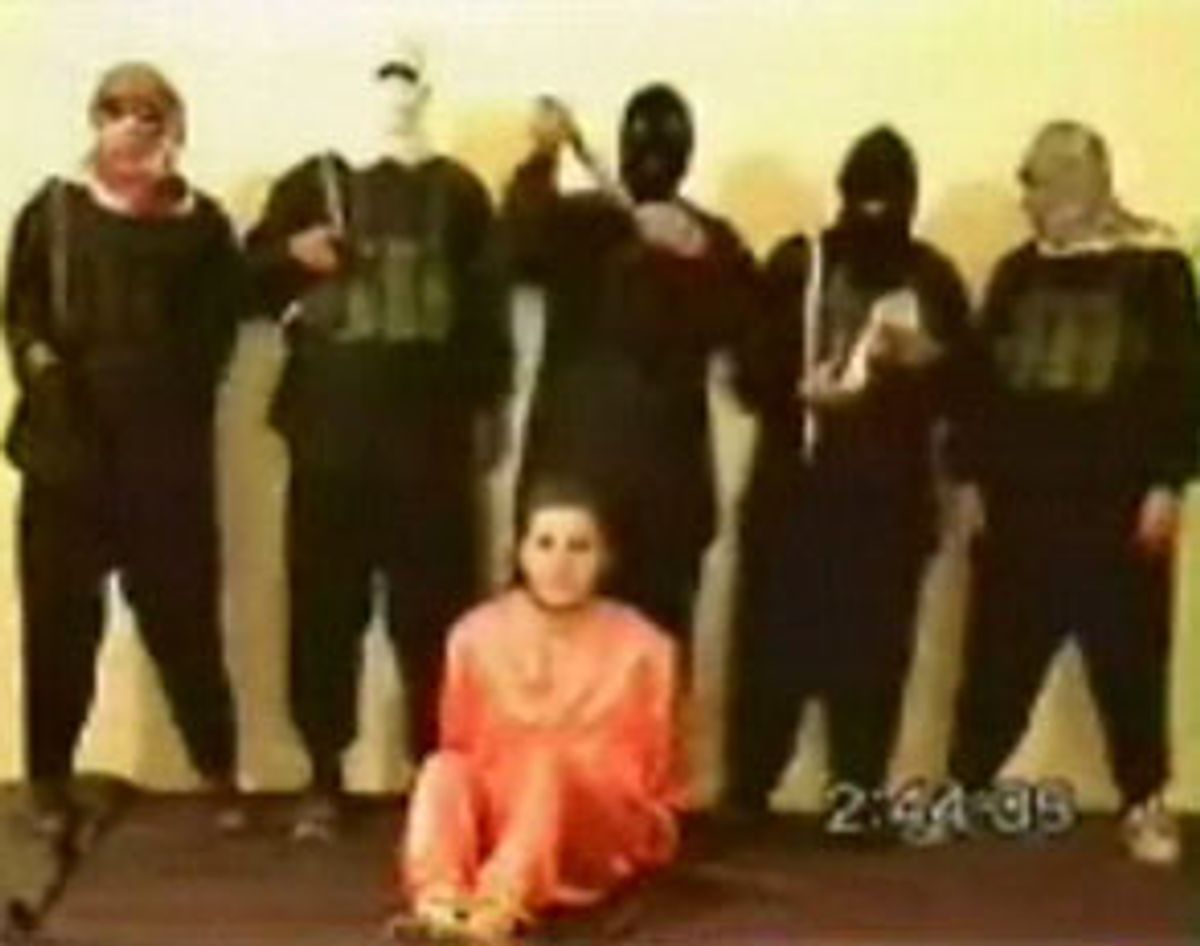 Before Tuesday, none of us knew about the missing American in Iraq named Nick Berg. His family had been agonizing over his fate for weeks and had been hounding the U.S. government for any information it had about the 26-year-old freelance contractor who'd gone to Iraq just to do his patriotic duty, but Berg's story failed to captivate us the way other disappearances in Iraq have pulled us in. In retrospect it's obvious why we didn't pay attention: There were no pictures of Nick Berg's capture, as there were of the former hostage Thomas Hamill or the Japanese civilians caught by militants. Nick Berg disappeared without any of us noticing, and he remained anonymous until Tuesday morning, when, on a Web site affiliated with al-Qaida, the unspeakably gruesome video of his decapitation became available to us all.

Now, just about everyone in the world knows Nick Berg. You know what he wore in his last moments, you know what he said, you know his scream, the terror in his eyes, and, worst of all, you even know what he looked like after they killed him and held up his head as a prize. And because when you dare to watch his murder you sense how frightened he is, and you admire how calm he is, you feel as if you know Nick Berg intimately, that you've perhaps known him your whole life. And it's obvious, once again, why that is -- because there's a video of Nick Berg's last moments available to anyone with a computer, because you can see what happened.

The video of Berg's beheading that so dominated the news on Tuesday is just the latest example of how gruesome digital images are forcing us, and forcing the government, to confront the awful reality of war. There was a time, early in the invasion, when it seemed as if the American government might exercise near-perfect control over what we saw of the battlefield, and that no horrific pictures from the war would ever leak out. But in the last few weeks, with the publication of leaked pictures of returning caskets, tortured Iraqis, and now Nick Berg's slaughter, all of the controls the government had hoped to place on images from war seem to have completely failed. Digital technology -- the cameras and laptops carried by the soldiers and the contractors in Iraq, and the ability of our enemies to access the same communications technology -- has brought us a newer, far less palatable picture of what's going on in Iraq.

"I remember during the '80s Ronald Reagan said that the fax machine would pierce the Iron Curtain," says Peter Howe, a photojournalist and the former picture editor of the New York Times Magazine and Life magazine. "What we have today is an extension of that and a proliferation beyond anything we imagined -- now, we are piercing any form of governmental control whatsoever." With virtually everyone in Iraq armed with the capability to both photographically document and broadcast anything that occurs in the country, the Bush administration can forget about controlling the pictures that come to us from the battlefield. This can't be good news for the White House and the Pentagon, because the lesson of Vietnam, say photojournalists and historians, is that more than anything else, it's images that turn the public against a war.

We were never supposed to see the pictures that are now pouring out of Iraq. If the government had had its way, as it did in the initial weeks and months of the fight, we would only have seen what a few handpicked journalists -- those famous embeds -- were allowed to show us. We would not have seen dead soldiers returning, or dead civilians on the battlefield, or our own civilians being held at the mercy of the shadowy enemy. And never under any circumstances would we be shown pictures of our side torturing the people we were claiming to have liberated.

What's ironic about the pictures we're seeing now is that journalists had nothing to do with them. While the government may still try to keep things away from reporters, "what they cannot control are the images that are produced by others, even from the people who work for them," Howe says.

Those shots -- the reportedly thousands of them that were casually snapped on digital cameras and passed around on the Internet among military friends and family members -- slipped beyond the control of government officials, making their way to CBS, to the New Yorker, and to the Washington Post, which now claims to have a gigantic stash of them. And while the Pentagon announced it was investigating allegations of torture several months ago, it wasn't until we saw the pictures that we realized the horror of what had happened in Saddam's former dungeon.

"People often ask me if there have been any iconic images from this war," Howe says. "And until now I would say no, there really haven't been any iconic images. But now I think that the images out of Abu Ghraib might become the ones we remember from this war, and if that happens it will be the first time in history that iconic images will have been taken by amateurs." For Howe, this watershed will mark a revolution in photography, the emergence, he says, of a brand new way of documenting the world around us.

It's not clear, yet, what this new, close-up view of battle will mean for the enterprise of war-fighting. Pedro Meyer, a veteran photographer who has embraced digital technology, points out that in 2005, technologists expect more than 60 billion pictures will be snapped on cellphone cameras alone. "Imagine what the number will be 10 years from now?" he asks. What will this ubiquitous documentation do to our will to fight wars? How will wars change if people can always see what's on the front? Will they become cleaner, or dirtier? Will we have fewer atrocities, or more?

"Imagine if World War II were fought in this environment," says Winslow. "Imagine if we were sitting here in the midst of watching American troops in battle in Europe. And all of a sudden you watched a video of a couple thousand prisoners of war in Auschwitz being led into an extermination room. Or if you had a traffic cam in Dresden and you sat and watched the city being bombed. That's not that much different from the environment we have today."

But Winslow doesn't know whether the Holocaust would have happened in an era of cellphone cameras; maybe the Germans wouldn't have shied away from their atrocities even despite the constant photography. The lesson from Abu Ghraib, or from Nick Berg, is that you never know what technology can reap. Digital cameras were never meant as a tool for documenting torture, and the Web was not invented as a way for fanatics to broadcast pictures of their murders. But here we are. "They've become tools of war," Winslow says.