"Exterminate all the brutes" 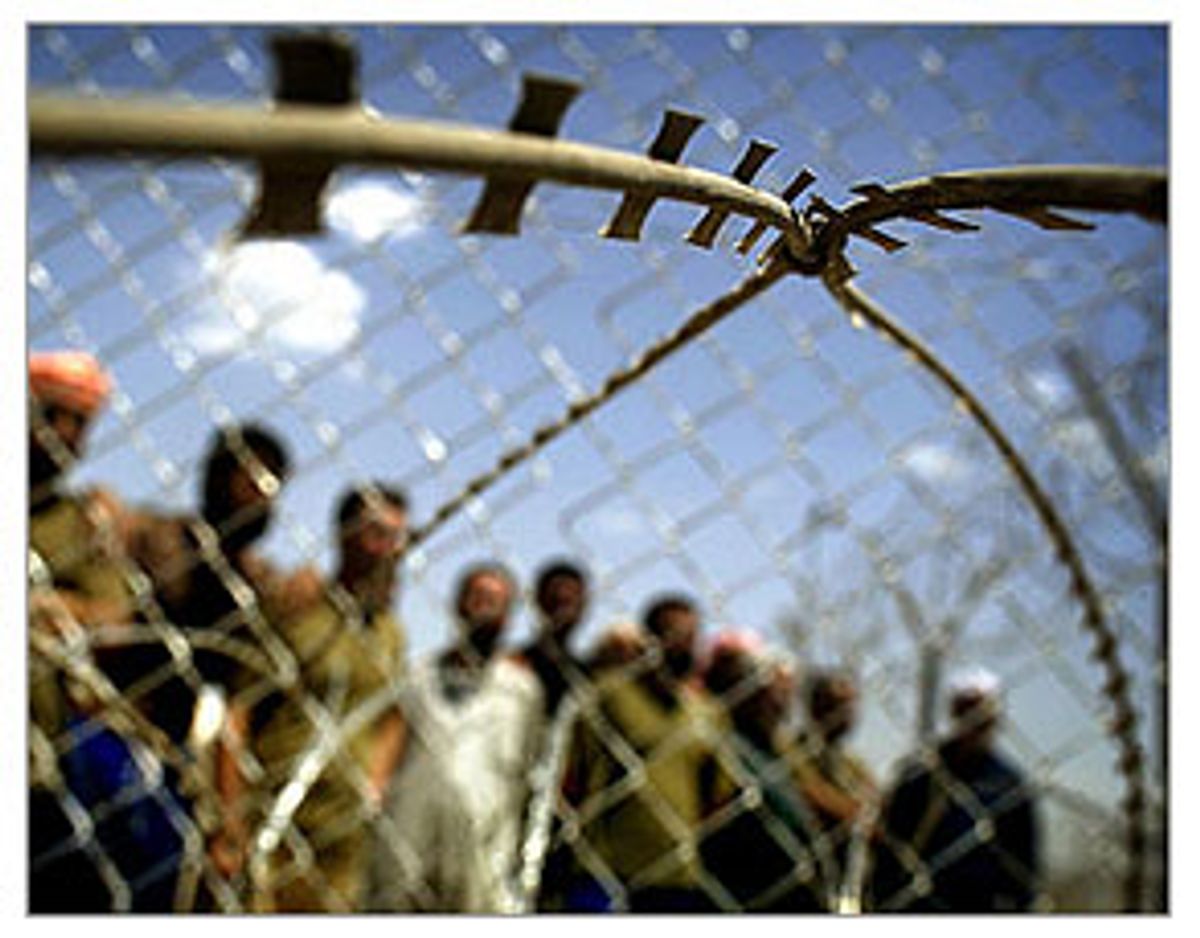 In the last few weeks in Iraq -- the siege at Fallujah, the shocking revelation that our soldiers abused Iraqi prisoners, the beheading of Nicholas Berg -- the monsters of war have taken over.

In the latest New Yorker, Seymour Hersh describes a highly secret operation approved by U.S. Defense Secretary Donald Rumsfeld, in which the brutal interrogation techniques used on al-Qaida suspects were expanded to include Iraqi prisoners. According to a former intelligence official, less than 200 Americans were granted full information about the program. "The goal was to keep the operation protected," Hersh writes. He quotes the intel official as saying, "We're not going to read more people than necessary into our heart of darkness. The rules are 'Grab whom you must. Do what you want.'"

The intelligence official's quote about "our heart of darkness" is eerily apt. For Iraq is beginning to look disturbingly like the situation in Joseph Conrad's 1902 classic. In that novel, if you remember, Kurtz, the main character, goes to Africa in order to bring light and illumination to the Dark Continent. "By the simple exercise of our will we can exert a power for good practically unbounded," Kurtz postulates. One of his cohorts affirms, "Each station should be ... a beacon on the road towards better things, a center of trade of course, but also for humanizing, improving, instructing." Conrad informs us, "All Europe contributed to the making of Kurtz." Kurtz's idealism was so infectious that he was entrusted by the International Society for the Suppression of Savage Customs to write a document recording his observations. The report begins optimistically: The conquest of the earth is redeemed by the ideal -- doing good, carrying the torch of piety and progress, bringing civilization to people whose skin is a different color.

We know the rest of the story. Something goes wrong with Kurtz in Africa. His idealism quickly disappears. Although he succeeds in sending out more ivory from the interior of the Congo than any other representative, he goes mad -- obsessed by greed -- and becomes more savage than the Africans. Chaos and mayhem surround him (including human heads on stakes in front of his hut). It becomes difficult to determine who the savage is and -- worse -- how the misguided assumptions of the European colonizers would not lead to worse indignities for the very people they were intending to civilize. Conrad's narrator, Marlow, barely sets foot on the continent to discover what has happened to Kurtz's grand design before he encounters massive death.

"Black shapes crouched, lay, sat between the trees leaning against the trunks, clinging to the earth, half coming out, half effaced within the dim light, in all attitudes of pain, abandonment and despair," Marlow, an early embedded reporter, observes. "They were dying slowly -- it was very clear. They were not enemies, they were not criminals, they were nothing earthly now, nothing but black shadows of disease and starvation ..." Kurtz and his well-intended cohorts have not brought light to Africa but death.

Admittedly, the situation described in Conrad's novel and the calamity in Iraq are not completely analogous. But looking at photos of tortured victims in Iraq or watching the horrifying images on the nightly news or on the Internet (including Berg's beheading) provoke a similar sense of outrage as Conrad's novel. Although the White House does not apparently share this sense of indignation at our interrogators' brutalities -- how else to explain the tepid rebuke to those in the military who permitted such atrocities? -- many Americans have come to the same conclusion about the war in Iraq that Kurtz did when he summed up what he had seen in Africa: "The horror! The horror!"

Francis Ford Coppola drew the parallels between Joseph Conrad's novel and the war in Vietnam when he directed "Apocalypse Now" in 1979. It is not much of a stretch to see our latest international debacle as an updating of Conrad's prophetic tale -- perhaps even more apocalyptic than what Coppola envisioned 25 years ago. Light and illumination, liberation from savagery for the dark continent, have morphed into instilling stability in the Middle East. Instead of ivory, it's oil. And instead of humanity and instruction, it's another cycle of violence. Bodies are everywhere -- just as they are in Conrad's story -- most of them belonging to the people whose country has been invaded.

Granted, when Conrad published his novel in 1902, most readers did not interpret the text as we do today, as a condemnation of colonialism, but rather as a warning: "Look out, Whitey, or you may regress to the savagery of the black continent." They were comfortable with their assumptions of superiority and absolutely certain that what they were doing was right, if not ordained by their faith. It was simply that Kurtz had gone a little too far, fallen into the alleged depravity of the people whose lives he was supposed to improve. At the conclusion of the manuscript intended for the International Society for the Suppression of Savage Customs, Kurtz appended four words: "Exterminate all the brutes."

But isn't it unfair to compare a character in a novel and our leaders in the United States, a situation more than a hundred years ago during the colonialist era in Africa and our current desire to bring stability to the Middle East?

Not really. The lesson of "Heart of Darkness" is that European powers are accountable to no one: They can do whatever they want in the non-Western world. This is little different from America's assumptions in Iraq today. We are such an important nation that we believe we can ignore the world's opinion. Confronted with the latest unspeakable rites of abuse in Abu Ghraib prison, which clearly resulted from policy decisions taken at the highest levels of government, our leaders continue to demonstrate an appalling lack of leadership. They have only grudgingly admitted guilt, and have seized upon Nicholas Berg's grisly beheading to excuse or obscure America's own shocking misdeeds. To cite Tom DeLay, "The image of these murderers is a shocking reminder of the people we're up against. They are not soldiers. They're monsters, they're terrorists, and we will not rest until every last one of them is in a cell or a cemetery."

They're monsters; we're not. They're evil; we're good. DeLay's simplistic moralizing ignores the fact that it was the certainty that we were dealing with "monsters" that led to the sadistic abuses at Abu Ghraib. It also overlooks the fact that Berg's murder did not take place in a vacuum. Horror leads to horror. Has he already forgotten that it was the United States that let the genie out of the bottle in the first place? Or our president's war cry from several months ago, "Bring it on!" As Conrad wrote more than a hundred years ago, the darkness is now in all of us.

Charles R. Larson is the Chair of the Department of Literature at American University.