The U.S. raids his home and headquarters in Iraq to foil his plot. 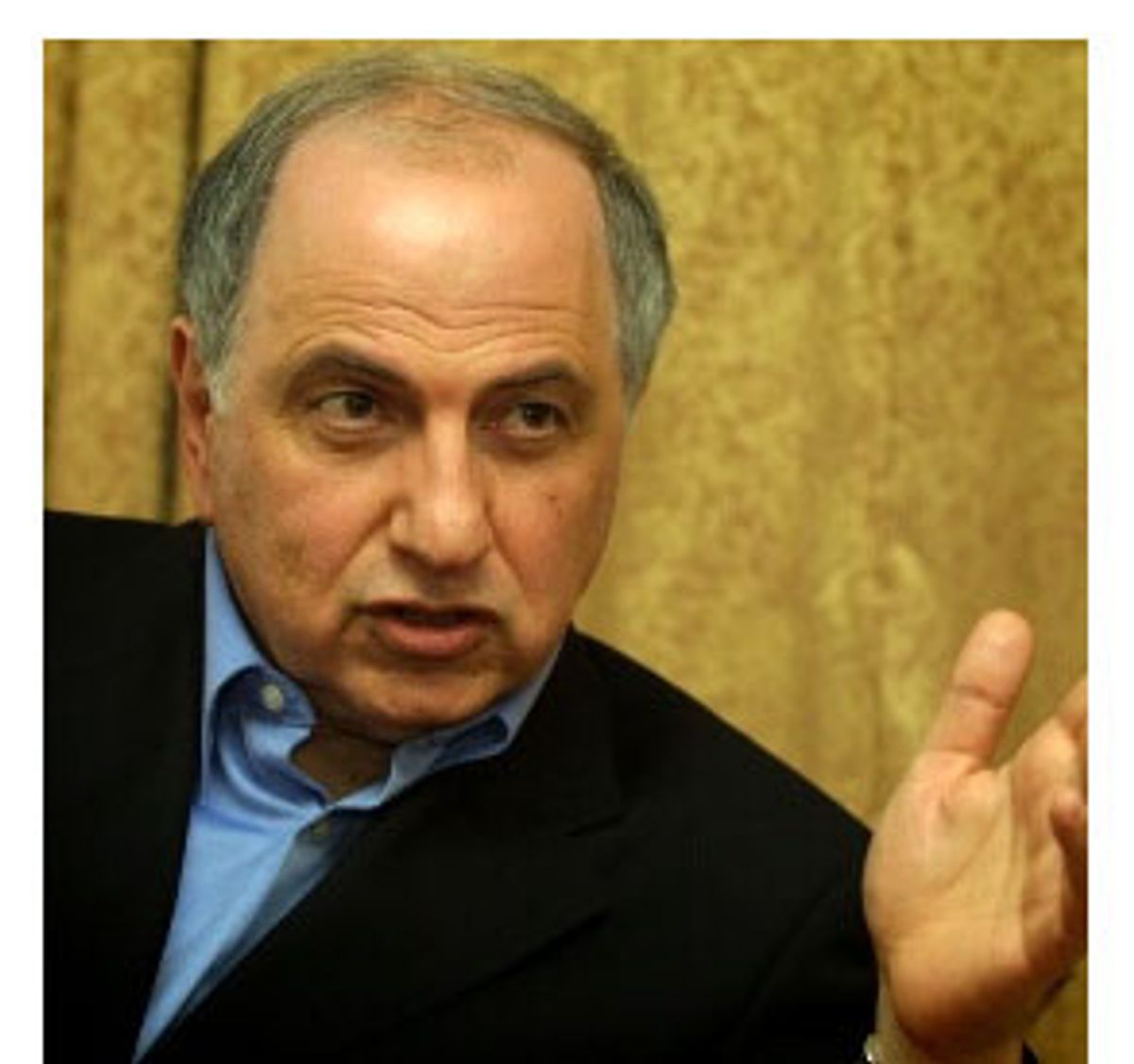 The U.S. command in Baghdad raided Ahmed Chalabi's home and headquarters in Baghdad at dawn today. U.S. soldiers put a gun to his head, according to his nephew Salem Chalabi, the Associated Press reports. Chalabi aides blame the CIA and Paul Bremer, head of the Coalition Provisional Authority.

Why did the Bush administration turn against its former favorite Iraqi? Almost certainly because it realized that Chalabi, maddened by the realization that he was being excluded from the post-June 30 hand-over arrangements, was putting together a sectarian Shiite faction to destabilize and destroy the new Iraqi government. "This all started since [U.N. envoy Lakhdar] Brahimi announced that Chalabi would be kept out of the new arrangement," says an Iraqi political observer who is not only long familiar with Chalabi himself but also in close touch with key actors, including U.S. officials at the CPA and Iraqi politicians.

"Ahmed is gathering groups to bring this new government down even before July 1. He is in a very destructive phase, mobilizing forces to make sure the U.N. initiative -- due to be announced in 10 days -- fails." Chalabi has reportedly been inflaming his recruits with reports that veteran Algerian diplomat Brahimi is part of a Sunni conspiracy bent on undermining the rights of Iraqi Shiites to hold power in Iraq.

Some of his followers are drawn from the faction of the historic Shiite Dawa Party that has been excluded from "official" politics by the occupation authority and that has been giving support in the streets to Muqtada al-Sadr. Others, however, are prominent in Iraqi politics, most notably Ayatollah Mohammed Bahr al-Uloom, a former chairman of the Iraqi Governing Council usually described as a "moderate" Shiite cleric. Bahr al-Uloom is also father of the minister of oil, Ibrahim Bahr al-Uloom, one of Chalabi's key allies and a potentially very profitable liaison. Two other members of the Governing Council are also considered close adherents of Chalabi, who recently inaugurated the Supreme Shia Council, modeled on a similar entity that flourished in Lebanon during that country's bloody civil war. Among other entities included in the council are Iraqi members of Hezbollah.

"His dream has always been to be a sectarian Shia leader," says the Iraqi political observer of his old friend Chalabi. "He knows that, sooner or later, Muqtada al-Sadr is going to be killed, [and] that will leave tens, hundreds, of thousands of his followers adrift, looking for a new leader. If Ahmed plays the role of victim after [today's raid], he can take on that role."

U.S. disenchantment with Chalabi has been growing since it dawned on the White House and the Pentagon that everything he had told them about Iraq -- from Saddam Hussein's fiendish weapons arsenal to the crowds who would toss flowers at the invaders to Chalabi's own popularity in Iraq -- had been completely false. Some months ago King Abdullah of Jordan was surprised to be informed by President Bush that the king could "piss on Chalabi." Fanatic neoconservatives like Richard Perle and Michael Rubin may have continued to champion Chalabi, insisting that the United States should have imposed him as Iraq's ruler right after the invasion, but elsewhere in Washington his stock has been dropping like a stone.

This week the Pentagon finally cut off his $340,000 monthly subsidy. Chalabi himself has been denouncing the U.S. occupation since last fall, partly in an effort to win some credibility with the Iraqi masses. In private, his aides spoke of occupation administrator Bremer as an "anti-Arab and anti-Muslim who doesn't understand a thing about Iraq," but Chalabi was not yet ready to cut all ties. Only when it became apparent that the United States was giving full support to Brahimi, who in turn made no secret of his contempt for Chalabi, a convicted embezzler who faces a 22-year sentence in Jordan (Brahimi's daughter recently married a Jordanian prince), did Chalabi's rhetoric turn viciously sectarian. At the same time, he began preparations to destroy the political structure that the United States is desperately trying to assemble. As Chalabi's old acquaintance told me today, "I think the U.S. moved against him because they realized he is a gambler, ready to bring it all down."