Rumsfeld and his minions are treating Congress as if it's on a need-to-know basis about Iraq -- from the number of private contractors there to how taxpayers' money is being spent to our military strategy. 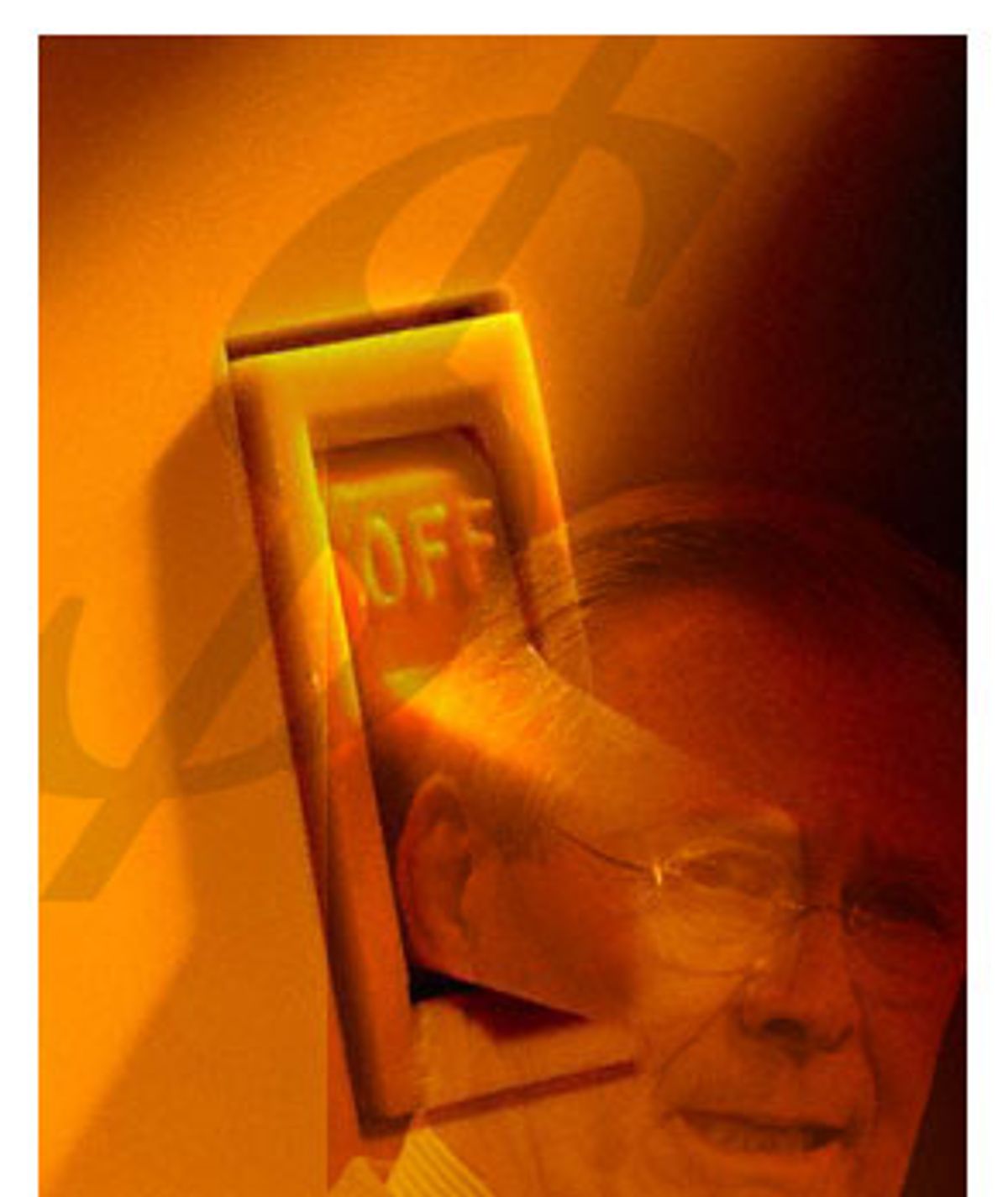 The two companies -- CACI and Titan -- implicated so far in the Abu Ghraib prison scandal are notably missing from a list submitted earlier this month to Congress by Secretary of Defense Donald Rumsfeld of private security companies operating in Iraq.

On April 2 -- after a skirmish in Fallujah, Iraq, left four Blackwater employees dead, but before the Abu Ghraib prison scandal broke -- Rep. Ike Skelton of Missouri, the ranking Democrat on the House Armed Services Committee, sent a letter to Rumsfeld asking about the private security companies in Iraq: "Specifically I would like to know which firms are operating in Iraq, how many personnel each firm has there, which specific functions they are performing, how much they are being paid, and from which appropriations accounts."

A month later, on May 4, Rumsfeld responded with generic information. The Coalition Provisional Authority has paid $147 million to eight companies, he reported, and he offered a "current listing of known PSCs." Sixty firms were listed, but CACI and Titan were not among them. Also missing from the list were companies like the Vinnell Corp., MPRI International, SAIC, Eagle Group and WorldWide Language Resources, which are involved in training the new Iraqi Army, according to a Web site set up by the Department of Commerce.

Since the prisoner abuse scandal first broke at the end of April, members of Congress have been trying to understand exactly what these independent contractors are doing in Iraq. But questions remain unanswered concerning precisely what contractors did at Abu Ghraib and what they still do in other U.S.-run prisons, to whom they are responsible and, more broadly, what they are doing on such critical missions as counterintelligence. Congress has received only a trickle of information from the Pentagon, and this information is often incomplete if not outright deceptive, according to members of Congress and their staffs.

Rep. Skelton is not alone in receiving sketchy or misleading information about the contractors from the Pentagon. Another House member asked the Pentagon for the general disposition of private security forces in Iraq -- how many and where, roughly speaking. (Because the list is classified, the member cannot be named.) The member's office got back a detailed roster of around 900 private security firm employees, but none were associated with well-known firms like Blackwater and Kellogg, Brown and Root (a Halliburton subsidiary), and roughly one-third were non-U.S. citizens. This figure contrasts greatly with 20,000 contractors -- Rumsfeld's often cited number -- at large in the country.

The information blackout extends to other aspects of the Abu Ghraib issue. Defense Department officials turned over to Congress Maj. Gen. Antonio Taguba's report on prisoner abuse in Iraq only after it had been posted all over the Internet. Days later they passed along the 6,000 pages of annexes backing up the report, but, according to one Capitol Hill staffer who has seen the annexes, the new material is incomplete. Some sections have cover pages, the staffer said, but nothing else. Notably, the enclosures to the statements of Col. Thomas Pappas, commander of the 205th Military Intelligence Brigade, which was at Abu Ghraib, are among the crucial missing items.

Sen. Mark Dayton, a Minnesota Democrat who sits on the Armed Services Committee, recalled how until last month, members would receive regular briefings, all with the same message: Iraq was 95 percent pacified and the situation was improving. "Right now with the prison abuses, we're getting something along the same lines," Dayton said, that is: "This is one prison, a few incidents, caused by a few bad apples who weren't following all the procedures, regulations and instructions that have been handed down from above. No one else knew about it, they should be punished, end of story. The Red Cross indicates, having visited 14 prisons, that it was far more widespread."

He added: The Pentagon has "been minimally responsive to Congress -- and only under duress and out of absolute necessity -- from the very beginning, although I question the accuracy of enough of the information that we have received that I'm not sure whether [this] information is better than no information."

Dayton is not alone in that view. "We have been treated as at best an inconvenience that they can avoid and deal with as they choose, and at worst we have been treated as though we are asking questions that are unpatriotic or causing problems for them," said Rep. Ellen Tauscher, a California Democrat who sits on the House Armed Services Committee.

One Republican Senate staffer, speaking on condition of anonymity, sarcastically echoed one of Secretary Rumsfeld's famous maxims when asked about how forthcoming the Pentagon has been with information. "We don't know what we don't know," the staffer said, adding, "The truth is that no one up here really knows what our overall strategy is, either politically or militarily, there. We find out in the newspapers."

Indeed, the media generally seem to be a better source of information for members of Congress than does the Pentagon. Dayton described a classified meeting that Rumsfeld and Gen. Richard Myers, chairman of the Joint Chiefs of Staff, had with roughly 40 senators at the end of April. "They didn't mention one word on the '60 Minutes II' report that was going to be airing in literally hours" -- the story that ignited the Abu Ghraib firestorm.

Nevertheless, members of Congress are determined to get the information they want. So, for example, they have inserted language requiring answers to Skelton's questions into the military authorization bill that is moving through the House. "It's ridiculous to have to put that into law," one Democratic staffer told me. But members believe they have no other option.

Yet there's no guarantee that even that will do any good. Consider the Pentagon's record of informing Congress on how the billions of dollars in supplemental spending are being used. Starting with the first supplemental spending bill immediately after Sept. 11, 2001, Congress gave the Defense Department some flexibility, but required that it submit quarterly reports on how the cash was being spent. The reports came regularly for a while, but mysteriously stopped last year, just after the invasion of Iraq.

"The last one covered activity through February 28 of last year and was included in a report dated May 9, 2003," said a Democratic staffer on the House Appropriations Committee. "That was the last report we got until about a week and a half ago. They didn't meet all of the requirements of the law in terms of regular reporting on expenditures, and what they did tell us was so general that it was virtually meaningless."

The uncommunicative, even secretive, attitude of the Bush-Rumsfeld Defense Department was perhaps best summed up at a Senate Armed Services Committee hearing last month when Sen. Jack Reed, D-R.I., asked Deputy Secretary of Defense Paul Wolfowitz for access to a report on Iraqi security forces by Maj. Gen. Karl Eikenberry. Wolfowitz said he would see if he was allowed to share the report. "We have just as much a right to this information as you do," an outraged Reed told Wolfowitz. Reed is still waiting to see the report.

"We are a government intricately reliant on checks and balances," Tauscher said. "This is not a kingdom with someone having complete fiat and decision power. This is a democracy, and people have got to have informed environments to make informed choices. But I'll tell you, it's very, very hard to keep someone accountable if the components of accountability are dismissed."