A call to conscience

The diplomat who quit over Nixon's invasion of Cambodia asks Americans on the front lines of foreign service to resign from the "worst regime by far in the history of the republic." 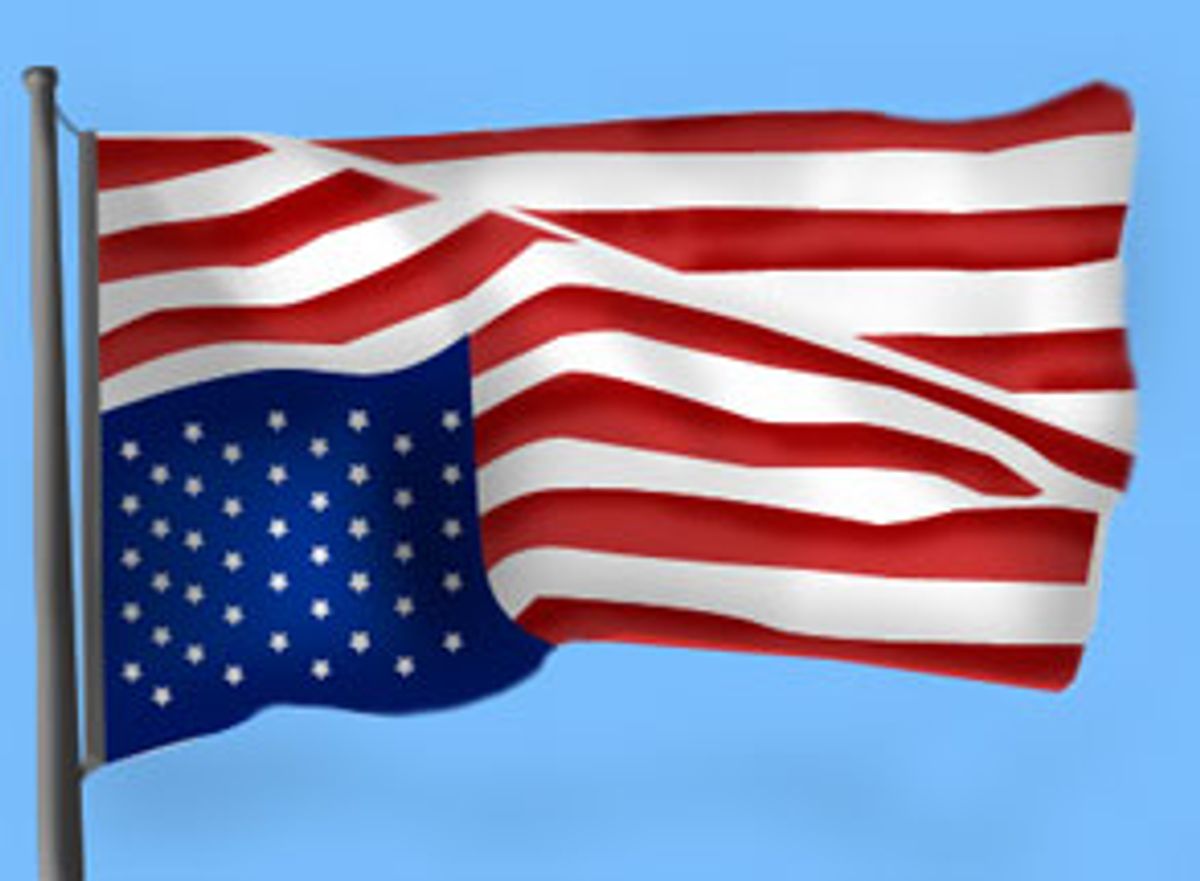 I am respectfully addressing you by your proper if little-used title. The women and men of our diplomatic corps and intelligence community are genuine trustees. With intellect and sensibility, character and courage, you represent America to the world. Equally important, you show the world to America. You hold in trust our role and reputation among nations, and ultimately our fate. Yours is the gravest, noblest responsibility. Never has the conscience you personify been more important.

A friend asked Secretary of State Dean Acheson how he felt when as a young official in the Treasury Department in the 1930s, he resigned rather than continue to work for a controversial fiscal policy he thought disastrous -- an act that seemed at the time to end the public service he cherished. "Oh, I had no choice," he answered. "It was a matter of national interest as well as personal honor. I might have gotten away with shirking one, but never both." As the tragedy of American foreign policy unfolded so graphically over the past months, I thought often of Acheson's words and of your challenge as public servants. No generation of foreign affairs professionals, including my own in the torment of the Vietnam War, has faced such anguishing realities or such a momentous choice.

I need not dwell on the obvious about foreign policy under President Bush -- and on what you on the inside, whatever your politics, know to be even worse than imagined by outsiders. The senior among you have seen the disgrace firsthand. In the corridor murmur by which a bureaucracy tells its secrets to itself, all of you have heard the stories.

You know how recklessly a cabal of political appointees and ideological zealots, led by the exceptionally powerful and furtively doctrinaire Vice President Cheney, corrupted intelligence and usurped policy on Iraq and other issues. You know the bitter departmental disputes in which a deeply politicized, parochial Pentagon overpowered or simply ignored any opposition in the State Department or the CIA, rushing us to unilateral aggressive war in Iraq and chaotic, fateful occupations in both Iraq and Afghanistan.

You know well what a willfully uninformed and heedless president you serve in Bush, how chilling are the tales of his ignorance and sectarian fervor, lethal opposites of the erudition and open-mindedness you embody in the arts of diplomacy and intelligence. Some of you know how woefully his national security advisor fails her vital duty to manage some order among Washington's thrashing interests, and so to protect her president, and the country, from calamity. You know specifics. Many of you are aware, for instance, that the torture at Abu Ghraib was an issue up and down not only the Pentagon but also State, the CIA and the National Security Council staff for nearly a year before the scandalous photos finally leaked.

As you have seen in years of service, every presidency has its arrogance, infighting and blunders in foreign relations. As most of you recognize, too, the Bush administration is like no other. You serve the worst foreign policy regime by far in the history of the republic. The havoc you feel inside government has inflicted unprecedented damage on national interests and security. As never before since the United States stepped onto the world stage, we have flouted treaties and alliances, alienated friends, multiplied enemies, lost respect and credibility on every continent. You see this every day. And again, whatever your politics, those of you who have served other presidents know this is an unparalleled bipartisan disaster. In its militant hubris and folly, the Bush administration has undone the statesmanship of every government before it, and broken faith with every presidency, Democratic and Republican (even that of Bush I), over the past half century.

In Afghanistan, where we once held the promise of a new ideal, we have resumed our old alliance with warlords and drug dealers, waging punitive expeditions and propping up puppets in yet another seamy chapter of the "Great Game," presuming to conquer the unconquerable. In Iraq -- as every cable surely screams at you -- we are living a foreign policy nightmare, locked in a cycle of violence and seething, spreading hatred continued at incalculable cost, escaped only with hazardous humiliation abroad and bitter divisions at home. Debacle is complete.

Beyond your discreetly predigested press summaries at the office, words once unthinkable in describing your domain, words once applied only to the most alien and deplored phenomena, have become routine, not just at the radical fringe but across the spectrum of public dialogue: "American empire," "American gulag." What must you think? Having read so many of your cables and memorandums as a Foreign Service officer and then on the NSC staff, and so many more later as a historian, I cannot help wondering how you would be reporting on Washington now if you were posted in the U.S. capital as a diplomat or intelligence agent for another nation. What would the many astute observers and analysts among you say of the Bush regime, of its toll or of the courage and independence of the career officialdom that does its bidding?

"Let me begin by stating the obvious," Sen. Jack Reed, D-R.I., said at the Abu Ghraib hearing the other day. "For the next 50 years in the Islamic world and many other parts of the world, the image of the United States will be that of an American dragging a prostrate naked Iraqi across the floor on a leash." The senator was talking about you and your future. Amid the Bush wreckage worldwide, much of the ruin is deeply yours.

It is your dedicated work that has been violated -- the flouted treaties you devotedly drew and negotiated, the estranged allies you patiently cultivated, the now thronging enemies you worked so hard to win over. You know what will happen. Sooner or later, the neoconservative cabal will go back to its incestuous think tanks and sinecures, the vice president to his lavish Halliburton retirement, Bush to his Crawford, Texas, ranch -- and you will be left in the contemptuous chancelleries and back alleys, the stiflingly guarded compounds and fear-clammy, pulse-racing convoys, to clean up the mess for generations to come.

You know that showcase resignations at the top -- Defense Secretary Donald Rumsfeld or flag officers fingered for Abu Ghraib -- change nothing, are only part of the charade. It is the same with Secretary of State Colin Powell, who may have been your lone relative champion in this perverse company, but who remains the political general he always was, never honoring your loss by giving up his office when he might have stemmed the descent.

No, it is you whose voices are so important now. You alone stand above ambition and partisanship. This administration no longer deserves your allegiance or participation. America deserves the leadership and example, the decisive revelation, of your resignations.

Your resignations alone would speak to America the truth that beyond any politics, this Bush regime is intolerable -- and to an increasingly cynical world the truth that there are still Americans who uphold with their lives and honor the highest principles of our foreign policy.

Thirty-four years ago this spring, I faced your choice in resigning from the National Security Council over the invasion of Cambodia. I had been involved in fruitful secret talks between Henry Kissinger and the North Vietnamese in 1969-1970, and knew at least something of how much the invasion would shatter the chance for peace and prolong the war -- though I could never have guessed that thousands of American names would be added to that long black wall in Washington or that holocaust would follow in Cambodia. Leaving was an agony. I was only beginning a career dreamed of since boyhood. But I have never regretted my decision. Nor do I think it any distinction. My friends and I used to remark that the Nixon administration was so unprincipled it took nothing special to resign. It is a mark of the current tragedy that by comparison with the Bush regime, Nixon and Kissinger seem to many model statesmen.

As you consider your choice now, beware the old rationalizations for staying -- the arguments for preserving influence or that your resignation will not matter. Your effectiveness will be no more, your subservience no less, under the iron grip of the cabal, especially as the policy disaster and public siege mount. And your act now, no matter your ranks or numbers, will embolden others, hearten those who remain and proclaim your truths to the country and world.

I know from my own experience, of course, that I am not asking all of you to hurl your dissent from the safe seats of pensioners. I know well this is one of the most personal of sacrifices, for you and your families. You are not alone. Three ranking Foreign Service officers -- Mary Wright, John Brady Kiesling and John Brown -- resigned in protest of the Iraq war last spring. Like them, you should join the great debate that America must now have.

Unless and until you do, however, please be under no illusion: Every cable you write to or from the field, every letter you compose for Congress or the public, every memo you draft or clear, every budget you number, every meeting you attend, every testimony you give extends your share of the common disaster.

The America that you sought to represent in choosing your career, the America that once led the community of nations not by brazen power but by the strength of its universal principles, has never needed you more. Those of us who know you best, who have shared your work and world, know you will not let us down. You are, after all, the trustees.

Roger Morris served on the senior staff of the National Security Council under Presidents Johnson and Nixon until resigning over the invasion of Cambodia. An award-winning investigative journalist and historian, he is the author of several books, including "Richard Milhous Nixon: The Rise of an American Politician." He is currently completing a history of U.S. policy and covert intervention in Southwest Asia.