"The Saddest Music in the World" 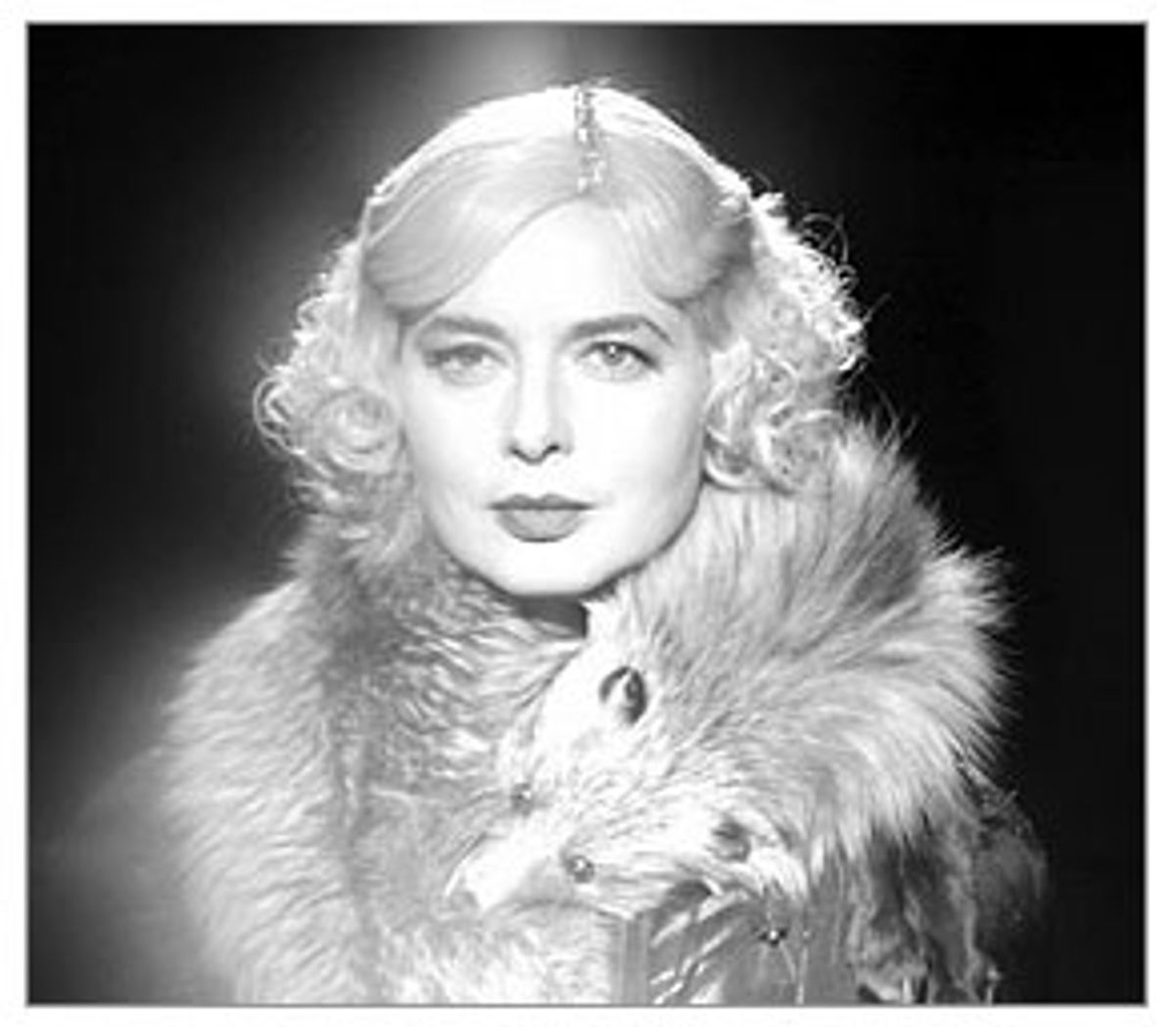 All filmmakers are inspired by what came before them, which is as it should be. Although there's certainly such a thing as a blatant rip-off, most borrowed ideas hover in the much grayer area known as the "homage," and filmmakers often sharpen their own styles by using another filmmaker's technique or way of seeing things as a jumping-off point.

Guy Maddin's satirical, ghostly-giddy tone poem "The Saddest Music in the World" is filled with nonspecific visual references that are haunting whether or not you know which long-dead filmmakers, from Fritz Lang to Jean Vigo, have inspired him: It's as if Maddin has found a way to mine their subconscious rather than the material they actually put on-screen. His feverish, stylized vision of Depression-era big-city life feels siphoned from the jagged art-deco dreams (or are they nightmares?) of "Metropolis"; his romanticized visions of loved ones (including the fuzzy-edged image of a dead child reflected in a train window) stream right from the soul of "L'Atalante."

Maddin has the technique to make those references work: "The Saddest Music" is shot mostly in black-and-white (interspersed with a few jarringly garish color sequences), but we're not talking about the velvety black-and-white of crisply restored classics. "The Saddest Music" has the sizzly, sandpapery texture of old movies too forgotten and forlorn ever to have been rescued. Maddin and his cinematographer, Luc Montpellier, have put poetry in the surface of their picture -- there are no other modern movies, not even black-and-white ones, that look quite like it.

But the visual originality of "The Saddest Music" is deceiving: Narratively and spiritually, the movie is bankrupt, even though it's so packed with stuff (including a set of shapely prosthetic glass legs filled with dazzling, fizzy beer) that you can hardly bring yourself to believe that it all adds up to nothing.

And it happens to be a nothing that could give you a massive headache. The story, written by Maddin and George Toles, from a story by Kazuo Ishiguro, goes something like this: In 1933 Winnipeg, a legless beer mogul named Lady Port-Huntley (Isabella Rossellini) hosts a contest to see which nation can coax the most sorrowful music from the depths of their souls -- the prize is 25,000 "Depression-era dollars," she announces magnanimously.

As in a real '30s movie, the sort made when political correctness was just a gleam in your granddaddy's eye, mantilla'd Spaniards and grass-skirted Africans flock to the city for the Olympics-style runoff. (As Port-Huntley announces the contest, we see images of these musicians from many lands superimposed over a relief map of Winnipeg.) Three of the contestants, Canadians by birth, know each other well, although they've been estranged for years. Fyodor (David Fox) has long been in love with Port-Huntley, although he's also the cause of her biggest sorrow, having recklessly hacked off her legs with a saw after an auto accident. Still, he hangs around her like a remorseful, lovelorn pup, and now he hopes to win the contest with his strained rendition of the dirgelike weeper "Red Maple Leaves."

Fyodor's son, Chester (Mark McKinney), once vied with him for Port-Huntley's affections; now he's a Broadway producer, down on his luck and stranded in his home country, trying to hustle together a big production number that will take the prize. And a second son, the fragile, neurotic Roderick (Ross McMillan), long ago ran off to Serbia, which he considers his spiritual home. Now he's a famous cellist who never appears in public without a black-veiled get-up that looks like widow's weeds crossed with a beekeeper's bonnet (a symbol, he tells us, of the national sorrow of Serbia, seeing as it was the country responsible for starting the Great War). Roderick has suffered the death of his son and the loss of his wife, Narcissa (Maria de Madeiros), who has run away from him, quite possibly because he's an insane sad-sack. Every day, with the regularity of routine tooth brushing, he plays a mournful rendition of "The Song Is You." He hopes his performance of the tune will snare him the big money and allow him to get back at Chester, whom he hates.

Maddin -- perhaps best known for "Dracula: Pages From a Virgin's Diary," which has earned something of a cult following -- is so in love with his own kooky ideas that he hasn't bothered to comb through them for any real meaning. He takes his zany devices -- beer-filled legs! Who'da thunk of that? -- and churns them up with old-movie-melodrama tropes, and the result is not magic but a peculiar kind of experimental-movie mud. The characters utter lines that sound as if they were grabbed from old scripts and jabbed at with modern scissors ("I'm not an American, I'm a nymphomaniac"); the audience, if it's running properly on Maddin's greyhound track, snickers knowingly, congratulating itself for getting the joke. "The Saddest Music" strives for surrealism, which is how you get the exact opposite of surrealism: It's a very short hop from "I can't believe what I'm seeing!" to "I don't believe in anything that I'm seeing."

Contrast that with, say, David Lynch's "Eraserhead": Before I ever saw it, I'd heard so much about its images (the lady in the radiator, for one), that I figured it must be some brilliant, arty stunt. But somewhere along the way, I forgot how weird I'd heard it was and lost myself in its vaporous embrace. I burst into tears at the end. Its surrealism had become my reality.

Because "The Saddest Music in the World" is so jampacked with oddities -- did I tell you about Lady Port-Huntley's blindfolded cross-dressing house band? -- some viewers are likely to see it as the product of a great imagination. I think it shows not great imagination, but a lack of one, or at least an inability to self-edit: Maddin's visual gifts could be staggering if he weren't so busy shooting metaphysical Silly String at the screen just to see how much of it will stick. At one point, a character grouses, "All that Broadway sis-boom-bah! Don't you think that music should speak for itself?" It should. So should movies.