Whose country is it, anyway?

A Cuban journalist questions the effectiveness of new U.S. measures aimed at regime change in the island nation -- and says they will merely result in more imprisonment of dissidents. 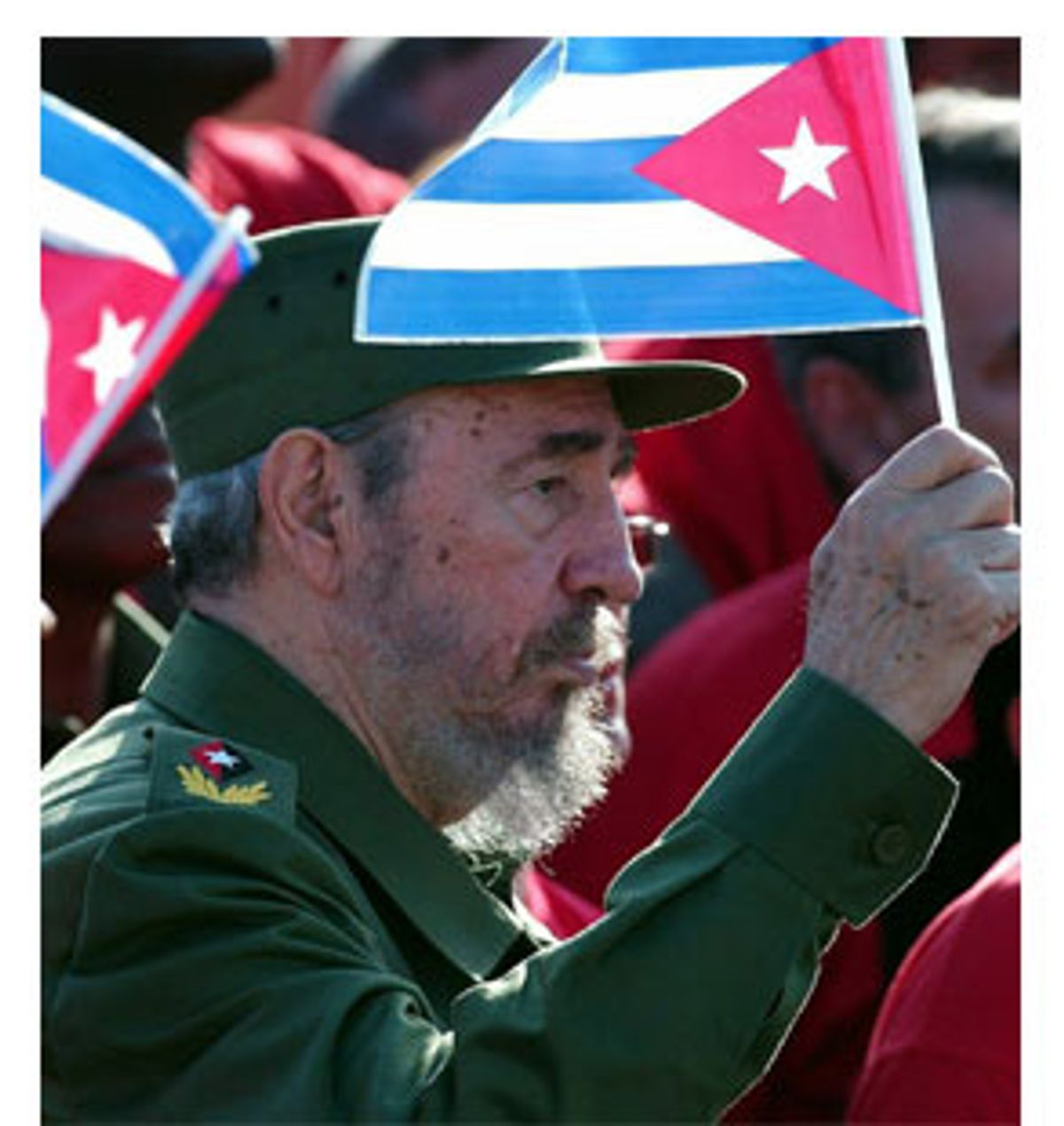 Editor's note: Florida and its Cuban-American community are as essential to President Bush's current campaign as they were in 2000. On May 6, Bush announced new, draconian measures tightening the embargo against Fidel Castro's Cuba, claiming they would help lead to regime change there. Visits to Cuba from Cuban family members, for example, have been cut from once a year to once every three years. Almost all contacts with U.S. universities have been ended, and all high school visits have been prohibited. (Sen. John Kerry has called for an end to the travel ban.) At the same time, Bush is increasing funding for Radio Marti, which beams anti-Castro messages from Florida.

Among the leading Cuban dissidents are journalist Miriam Leiva and her husband, Oscar Espinosa Chepe, an economist and journalist, who was sentenced to 20 years in prison at the height of Cuba's crackdown against dissidents in the spring of 2003. His wife has campaigned ceaselessly for his release.

In the following essay, Miriam Leiva explains her and other dissidents' strong disagreement with Bush's new policy. She e-mailed her article to the Center for International Policy in Washington during a period of limited Internet access. It is published exclusively by Salon.

May 24, 2004  |  HAVANA -- For which Cuba -- and for whose Cuba -- was the Bush administration's plan to hasten reform in Cuba written? Speaking neither for the Castro government, which oppresses us, nor for Miami's Cuban community, which uses our suffering to advance its own ends, I am forced to ask: Who will faithfully represent the Cuban people and Cuba's political dissidents? Or shall we remain hostage to the agendas of others on both sides of the Florida Straits?

Perhaps with good intentions, President Bush announced his plan for a transition to a free Cuba two weeks ago. The plan entails a series of measures supposedly designed to help Cuban dissidents and hurt the Castro government. But did the Bush administration ask for the opinion of internal dissidents when the Commission for Assistance to a Free Cuba crafted its report? No. Will the measures hurt the Castro regime? No. Instead, the Cuban people will suffer from the effects of the measures, and more political dissidents could be sent to prison.

According to the commission's report, millions of dollars will be allocated to assisting Cuba's dissidents. But this money will only serve as evidence for the Cuban government to crack down on those who receive it. The reality is that the majority of the money will stay in Florida -- and we will go to prison.

Remember that 75 prisoners of conscience from Castro's repressive crackdown in March 2003 were accused of being mercenaries at the service of the United States. The pretext for their arrest was the "workshops" held in the home of James Cason, who runs the U.S. Interests Section in Havana. The majority of dissidents did not participate, but American support for the dissidents, however well intentioned, helped land them in jail.

Fidel Castro shot down two planes in 1996, killing four people and forcing President Clinton to sign the Helms-Burton law (the Cuban Liberty and Democratic Solidarity Act of 1996), which expanded the U.S. embargo. The majority of dissidents do not support the embargo or any measures to tighten it. Still, dissidents were accused by the Cuban government of supporting the Helms-Burton law. What will the reaction be to Bush's new plan? Didn't anyone advise the president of the risk these new measures would pose to us?

This plan will not punish Castro; it will punish dissidents and their families.

Among the measures is a new restriction on travel, which will hurt the Cuban people more than it will hurt Castro. Unbelievably, Cuban-Americans, who previously were able to come to Cuba once a year, will now be able to visit Cuba to see family members only once every three years.

Other Americans need a special license from the Department of the Treasury to visit Cuba for any purpose -- even humanitarian missions. This situation is similar to that faced by Cubans, who cannot travel outside the island without permission from the Cuban government. Those who oppose the government rarely receive this permission. In this regard, both countries violate the rights of their citizens.

Make no mistake: The Cuban people are exhausted by the rule of one leader for 45 years. But the 44-year-old embargo has only benefited Castro, who uses it as a justification for his abuse of power.

I ask again, Who is listening to us? Castro won't listen; he continues to run our great nation as if it were his finca, a vast landholding to be administered at his will. His renegade relatives and enemies in Florida wish to take the finca back, but just for themselves. Between Castro on one side and activists in Miami on the other are the Cuban people, treated as if they were cattle. We are not entitled to an opinion; we only bear the right to be whipped.

Cuban society is changing, and it is we -- Cubans on the island -- who are forging the new civil society. We are thankful for the solidarity of others and do not wish to exclude Cubans of the diaspora who honor our human rights and our sovereignty. But outside help needs to come in forms that benefit our mission, not in ways that work against it.

I say these things knowing full well that I may be the next victim, and if so, that perhaps there won't be a campaign to save me because I dared to speak this truth.

But I am angered now more than ever. Is winning Florida in the presidential election worth so much that a small group of people who have no direct contact with Cuba's internal reality are allowed to determine the policies of the world's most powerful country? The irony of the situation is this: Extremism in Miami and extremism in the White House ultimately serve to fuel extremism in Havana. Fidel must be laughing.

Miriam Leiva is vice president of the Manuel Marquèz Sterling Society of Independent Journalists. Her husband, Oscar Espinosa Chepe, who is serving a 20-year prison sentence and is in poor health, was among the 75 dissidents jailed last spring.