Roger Michell's film about an affair between an older woman and a handyman with an artistic soul is a story of sexual awakening, yes, but that's only part of it. 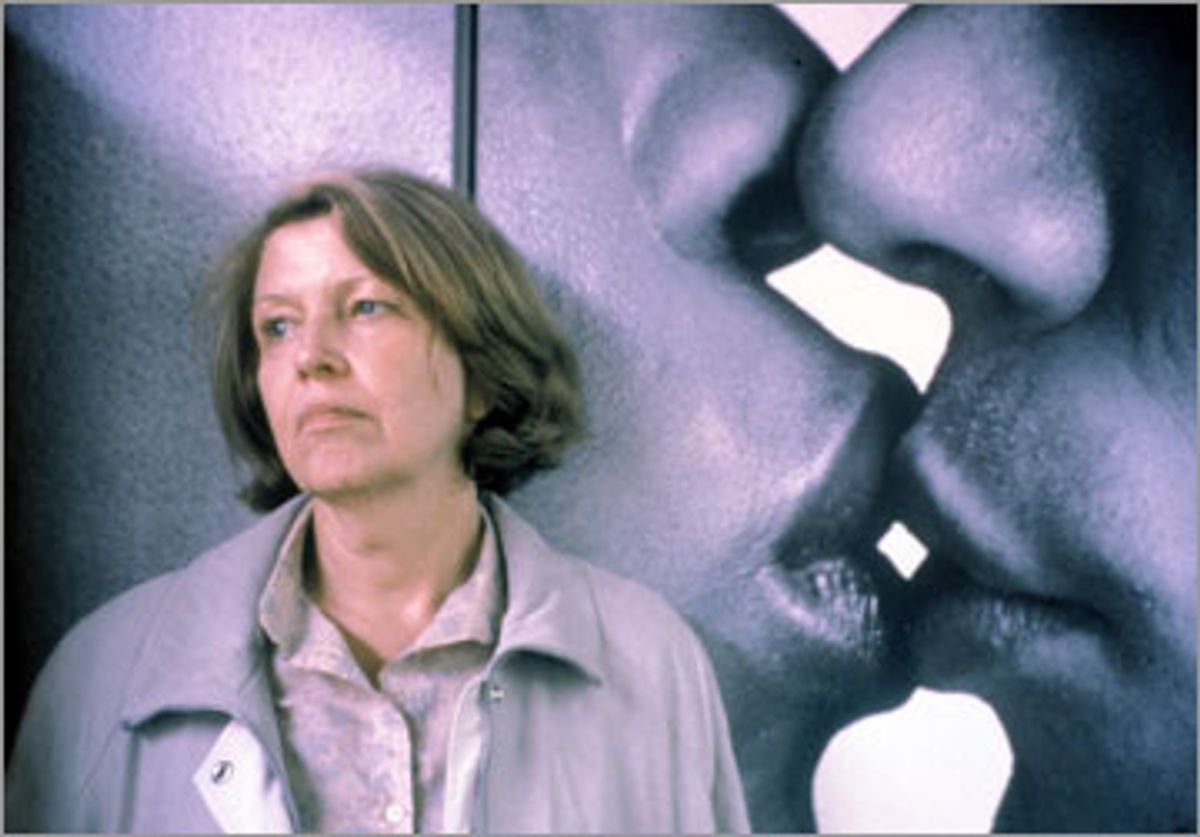 Roger Michell's "The Mother" is partly about an older woman who becomes sexually and emotionally involved with a much younger man. But it's also about not quite fitting in, at any age -- and about how, sometimes as we get older, we may feel we fit in less rather than more.

May (Anne Reid) is in her 60s. She and her husband, Toots (Peter Vaughan), travel down to London from their home in the north to spend some time with their two grown children: Bobby (Steven Mackintosh) is an assertively busy young professional with a snooty wife, three children and a cavernous Notting Hill house; Paula (Cathryn Bradshaw) is a teacher and aspiring writer who's just getting by in a small, modest flat. May is reserved and a bit awkward by nature, and although her children are cordial to her, it's clear they love her only in the way you love people when there's no other choice. Toots, the kind of jovial, easygoing fellow who can talk to anyone, is clearly the favorite, the parent the children feel more comfortable with.

May is a loner within her own family, and she feels even more stranded when Toots dies during the couple's London visit. Bobby drives his mother back home, but after she enters the small, tidy house she used to share with her husband (his slippers, left out neatly as if awaiting his return, greet her like a reproach), she realizes she can't stay. She insists on returning to London with Bobby, even though his chilly wife has made it clear she doesn't want May around.

May knows she doesn't belong there, but then, she belongs nowhere: It's as if she's simultaneously trying to assert her existence (perhaps for the first time in her life) and fold herself up to be as small and unobtrusive as possible. But she does manage to strike up a friendship with Darren (Daniel Craig), the 30-ish workman who's helping to renovate both Bobby's house and Paula's flat. Although he has a wife and child at home, he's also sleeping with Paula, who clings to him desperately, clawing at him in the hopes that he'll commit to her. But even though Paula is a more "age-appropriate" love interest for Darren, he has more in common with May: A college dropout, he gravitates toward art and poetry. And May, who has spent her life taking care of her children and husband, realizes that her own curiosity about the world around her is blossoming. The two of them start out talking easily, almost flirtatiously. Before long, May has surprised even herself by asking Darren to come to bed with her; he agrees, and not wholly out of pity for her. The relationship becomes dense, complex and sweet, but it's also, for the obvious reasons and some subtler ones, deeply troubled.

The script here is by Hanif Kureishi, and Michell navigates its subtleties with ease. (Michell may be best known in the States for "Notting Hill" and "Changing Lanes," but he has adapted Kureishi before, as the director of the BBC miniseries "The Buddha of Suburbia.") It's simple and convenient to seize upon "The Mother" as a story of sexual awakening, and it's partly that: At one point May, whose body has the soft, doughy contours of, well, a mother, tells Darren that until she met him, she'd been certain she'd go to her deathbed never having been touched again. Reid is stunning here: Early in the movie, we see her in stretch pants and zip-up jackets, her hair combed neatly but hastily. But once Darren enters the picture, she switches to scarves and floaty skirts worn with flat sandals -- she looks right for her age and yet infinitely more free. Her hairstyle has barely changed, but now it's a soft pageboy, the sort of hair you want to touch. Those cosmetic transformations aside, Reid herself looks more vital. And you realize that she never exactly looked old -- it was simply that her carriage, her demeanor, the set of her mouth spoke only of loneliness, defeat and exhaustion, if not submerged anger.

Still, I think it's an underestimation of "The Mother" to fixate mostly on the sex. Kureishi, as both a novelist and a screenwriter, has a gift for layering subtleties as if they were transparent, shimmering, multicolored veils; he knows any situation can change in an instant, depending on the light around it. What's most striking about May and Darren is the way they connect out of bed: They're soul mates who just happen to have dropped onto the planet at different times, and they speak so easily and so candidly with one another, from the very beginning, that it's not at all shocking when they end up in bed together. Craig (who played Ted Hughes in Christine Jeffs' flawed but interesting "Sylvia") is a relaxed but nonetheless sharply attuned actor: He shows us everything that's astonishing about Darren's intuitive, sensitive nature, even as he hints at his flaws. We see how he's perfect for May even though, of course, he's all wrong. The needy, neurotic Paula, on the other hand, is the worst possible companion for Darren. And even before she learns about May and Darren's secret relationship, her poisonous resentment of her mother has seeped to the surface.

The suggestion, I think, is that while young people are supposed to be the ones who are open and free, the openness that we associate with youth actually has nothing to do with age. At one point we see May on her knees, cleaning the floor of Paula's not-so-tidy apartment, singing "Space Oddity" in a soft, clear voice -- it's just a song she's picked up somewhere, but she has adopted it as her own, regardless of whether it fits her generational profile. By the end of "The Mother," May has finally admitted she's something of a space oddity herself, and the knowledge is freeing. Her children's view of her, or even Darren's view of her, can't define or restrict her. She knows, now, that it's time to leave the capsule if she dares.