One George down, one to go

George Tenet was a hapless bumbler who deserved his fate. But as long as the high-ranking Bush cronies who are really responsible for the Iraq nightmare sit safely inside the Pentagon, Americans will not be satisfied. 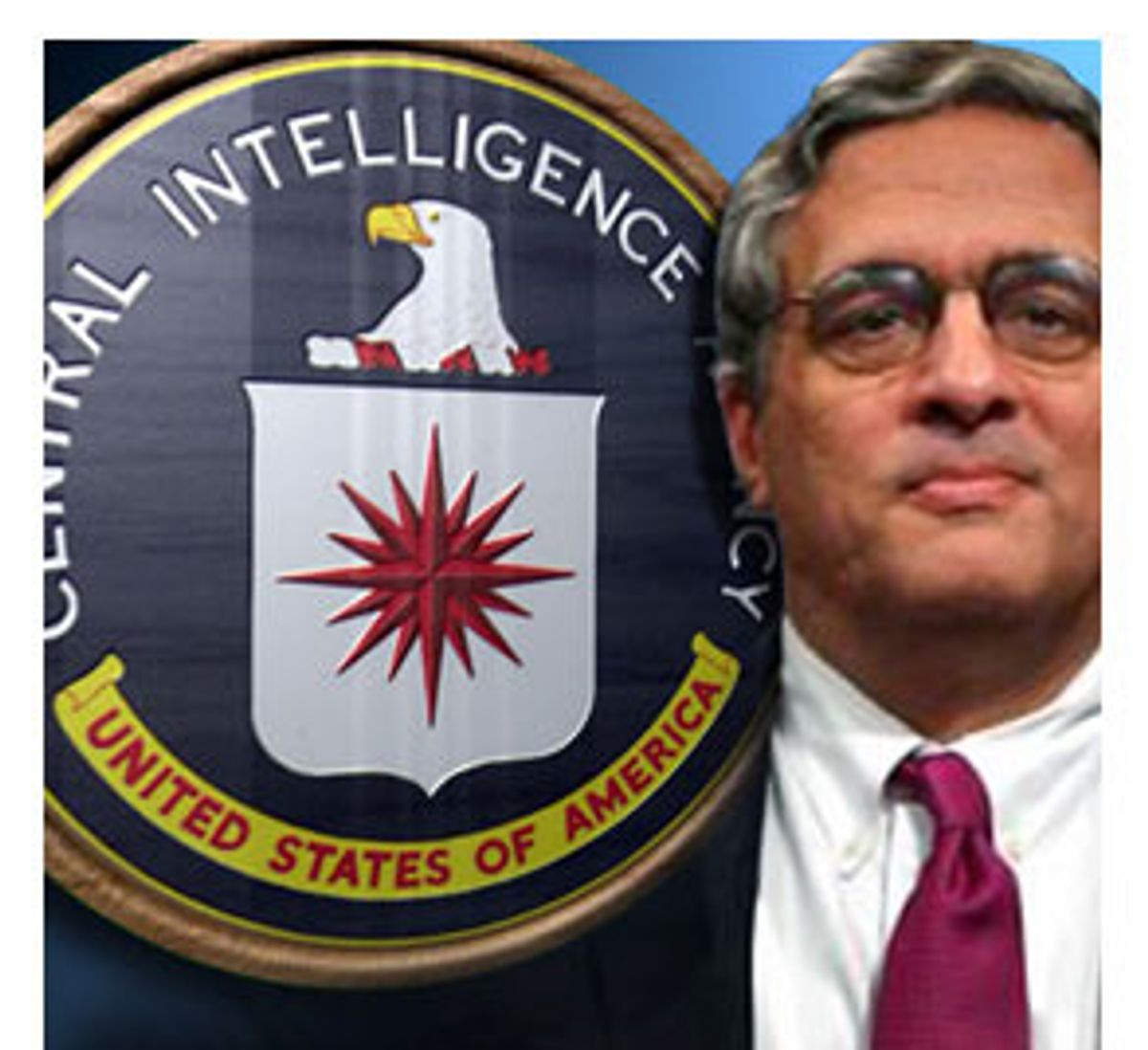 The resignation of George Tenet, President Bush's loyal, stolid and invariably hapless CIA chief, will not be enough to appease the angry furies screeching at the Bush administration. As is typical for this administration, the abrupt departure of Tenet had nothing to do with justice and everything to do with expediency.

Tenet certainly has been a huge washout as director of central intelligence. He should have been fired immediately after the catastrophe of 9/11, the worst surprise attack and slaughter of American civilians in the United States in the nation's history. And he proved spineless and self-serving in refusing to defend his own agency and analysts when the neocon gang in the Pentagon and the media, especially the New York Times, shamelessly dumped their own culpability for every falsified or fabricated intelligence assessment on Iraq onto the shoulders of the CIA employees in Langley, Va.

Even Tenet's fig-leaf excuse for his resignation reflected the transparent mediocrity that so endeared him to Bush. After hanging on for a full seven years under two presidents as one of the longest-serving U.S. intelligence chiefs, and lacking the decency and self-respect to resign for either the 9/11 or the Iraq fiascoes, Tenet still asserted that he was going only, as he put it, for "the well-being of my wonderful family."

Despite his manifest failings, Tenet was arguably the least culpable -- apart from Secretary of State Colin Powell -- of all of Bush's top appointees for the catastrophe in Iraq. Democratic House Minority Leader Rep. Nancy Pelosi of California got it exactly right: "I think there are many more people who are responsible for the mess that the administration has created," she said.

Tenet and his agency had nothing to do with the awful abuses at Abu Ghraib prison. The CIA's assessments on Iraq were vastly more reliable and accurate than the self-serving pronouncements and outright lies of Iraqi National Congress leader Ahmed Chalabi, which were fervently promoted by Vice President Cheney, Defense Secretary Rumsfeld and their neocons. It is top civilian officials in the Pentagon who now must take lie detector tests to supposedly ascertain which of them leaked to Chalabi crucial data on U.S. intelligence-gathering capabilities in Iran. Not a single member of Tenet's huge bureaucracy has come under suspicion, though Chalabi and his neocon allies will no doubt accuse them yet.

But for all his devotion to Bush, Tenet was the obvious scapegoat for two reasons above all. First, President Clinton appointed him. This alone made him the obvious choice. He was not ultimately, to use Margaret Thatcher's pithy phrase, "one of us." As Rep. Robert Matsui, D-Calif., chairman of the House Democratic Campaign Committee, said, "The president won't be able evade responsibility by having, frankly, somebody appointed by Bill Clinton resign."

Second, as much as Bush appears to have valued Tenet's courtier-like skills and ability to meet the president's demanding "comfort level" requirements (the only quality apart from blind ideological acquiescence he demands from any of his most senior officials), Tenet was not his closest enabler. While Tenet provided false encouragement to Bush in his irresponsible actions -- the notorious "slam-dunk" on WMD, for example -- Bush has other more reliable and abasing enablers, such as Condoleezza Rice and Karen Hughes, to serve as emotional crutches.

In trying to play to the president's rapidly fraying base, losing Tenet clearly makes some short-term political sense for Bush. Had he axed Rummy, armchair warriors around the country led by the likes of Ann Coulter and Rush Limbaugh would have had a hissy fit. Even if he had kept Rumsfeld, but prevailed upon him to get rid of Deputy Secretary of Defense Paul Wolfowitz or Undersecretaries of Defense Douglas Feith and Stephen Cambone -- the geniuses who, at the very least, "let" Abu Ghraib happen -- then the neocon cabal, small in number but overwhelming in screeching power, would have howled the house down in their wildest banshee chorus.

Tenet's resignation will play well, at least for the moment, with Bush's most loyal and uncritical base, the phalanx of true-believing, Christian right, Southern and heartland conservatives who overwhelmingly comprise his majority in the House of Representatives. Sure enough, there has not been a whisper of criticism from that quarter. "I welcome the change at the top of the agency," said Rep. Rob Simmons, R-Conn.

Bush loyalists in the Senate were equally supportive. "I do think this is a positive move, for him personally and for the agency," said former Senate Majority Leader Trent Lott of Mississippi.

But the drumbeat of reactions from most congressmen on Capitol Hill was as clearly divided as any red-blue map of America in November 2000 -- with Democrats invariably calling for more heads to roll and Republicans avoiding the topic.

The only apparent division within Republican ranks, at this early stage, was personal rather than political, though it was a highly revealing one. Partisans like Simmons, Lott and many others lost no time in dumping on Tenet. More moderate and independent-minded senators like Chuck Hagel of Nebraska and Pat Roberts of Kansas, chairman of the Senate Intelligence Committee, praised Tenet as a decent man who had done his best, though Roberts also said he was glad to see him go.

In the rare exception of a House Republican standing out from the lockstep crowd, Rep. Porter Goss of Florida also praised the fallen intelligence chief as a man who had done the best he or anyone else could to rebuild the agency. "Just boatloads of stuff have been dumped on him by all kinds of people," he pointed out.

Tenet's departure will not change the current dynamic of partisan politics immediately. But even if it does not blow apart Bush's fragile coalition, it is unlikely to appease the anger building up against the president outside it. The Republican Party's core bases will remain loyal, but the broader constituencies the party has taken for granted for so long will continue to unravel.

In Washington and among the national media that thrive there, Tenet's fall vastly overshadowed Rumsfeld's approval of a new "stop-loss" policy that may keep scores of thousands of exhausted U.S. troops, including Army reservists and National Guard members, in Iraq for up to 18 months longer. Nor has this harsh and discriminatory policy, which penalizes the most idealistic and selfless of "red" America's patriotic core, gone unnoticed by the families and friends of those who are going to pay the price.

The true architects of catastrophe in Iraq continue to sit safely in the Pentagon. Will the American people be satisfied with Tenet's gesture? Not if the count of body bags coming home continues its relentless rise. And it assuredly will.