Kids in my neighborhood have been shot for wearing the wrong jacket. Could changing my hairstyle get me killed? 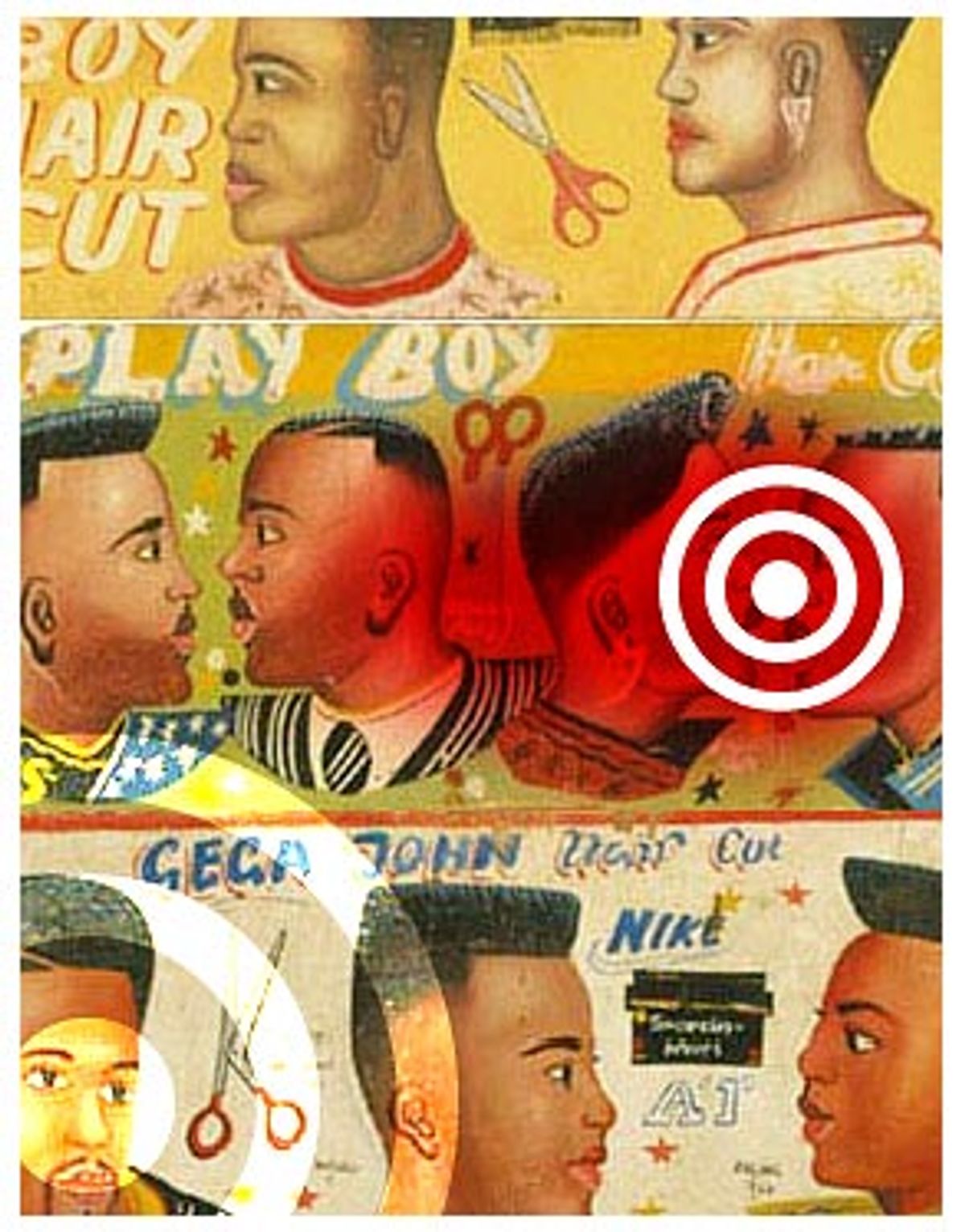 Should I grow out my hair?

Most people would consider this question to be a casual one. For a while, I was one of those people. I was so undecided about my hair that I felt it an extreme necessity to go through a formal investigation: All those whose opinion I held in high regard had to be questioned. I collected my friends' and family's opinions, and I was about to come to a conclusion one day when I received a text message. It was from my friend Katie. She and I have been best friends since the seventh grade. She's probably the best friend I have ever had in my life.

She was referring to the fact that her friend Paris was shot while walking to his home in Lakeview, a neighborhood adjacent to mine in San Francisco.

My mother had told me the day before that she read in a newspaper article about a 22-year-old who was shot the weekend before on Capital in Lakeview. The story was particularly striking, she said, because his three sisters, who had tried to keep him away from the "thug life" that had already taken their mother, had raised him since childhood. I found out later that it was Katie's friend Paris.

This simple plea from a good friend, half-jokingly typed, caused me to realize the potential gravity of my haircut decision. I thought back to the other shootings I had heard about.

First, a car was shot up down on Third Street in the Hunters Point district. The three kids in the car were on their way to Leadership High School, two blocks from my house. The details -- why they got shot, what beef the guy had with them -- weren't important; the fact that they were my age and got shot was enough detail for me.

There was also the kid my friend knew from a Black Saturdays function at the YMCA who was shot because he was wearing a puffy coat with a fur hood. This coat was similar to those that the kids from Fillmore, who were beefin' with the Oakland cats who opened fire on the innocent black teen, wore. Both of these incidents happened in a span of just over a month.

Toward the beginning of the school year, Katie's good friend who she called her "big brother" was shot in front of his house and left to rot until his 7-year-old little brother asked his parents why his brother was sleeping outside, facedown in the street.

These stories shook the very root of the security I felt in my life. I could die because I wore the wrong jacket on the wrong day?

My plan was to grow my hair out again, get some skinny dreadlocks, the ones that flail around all over the place when you play sports or dance. But would this decision mark my demise? The problem with this haircut was that it is popular among the cats from Oakland, and that could mean I could be confused as one of them as I walked home in San Francisco or walked to see my girl in the East Bay. Bang, bang, and my life could be over.

A haircut? A jacket? Are those reasons that one should die? So when I ask if I should grow out my hair, I have to consider more than style preference -- it's a matter of life and death.

Andre Gray, 17, will enter his senior year at the Branson School in Marin County, CA, in September.