Get up, stand up, social network

Can online networking offer a leg up to the disadvantaged? The founder of Street Tech aims to find out. 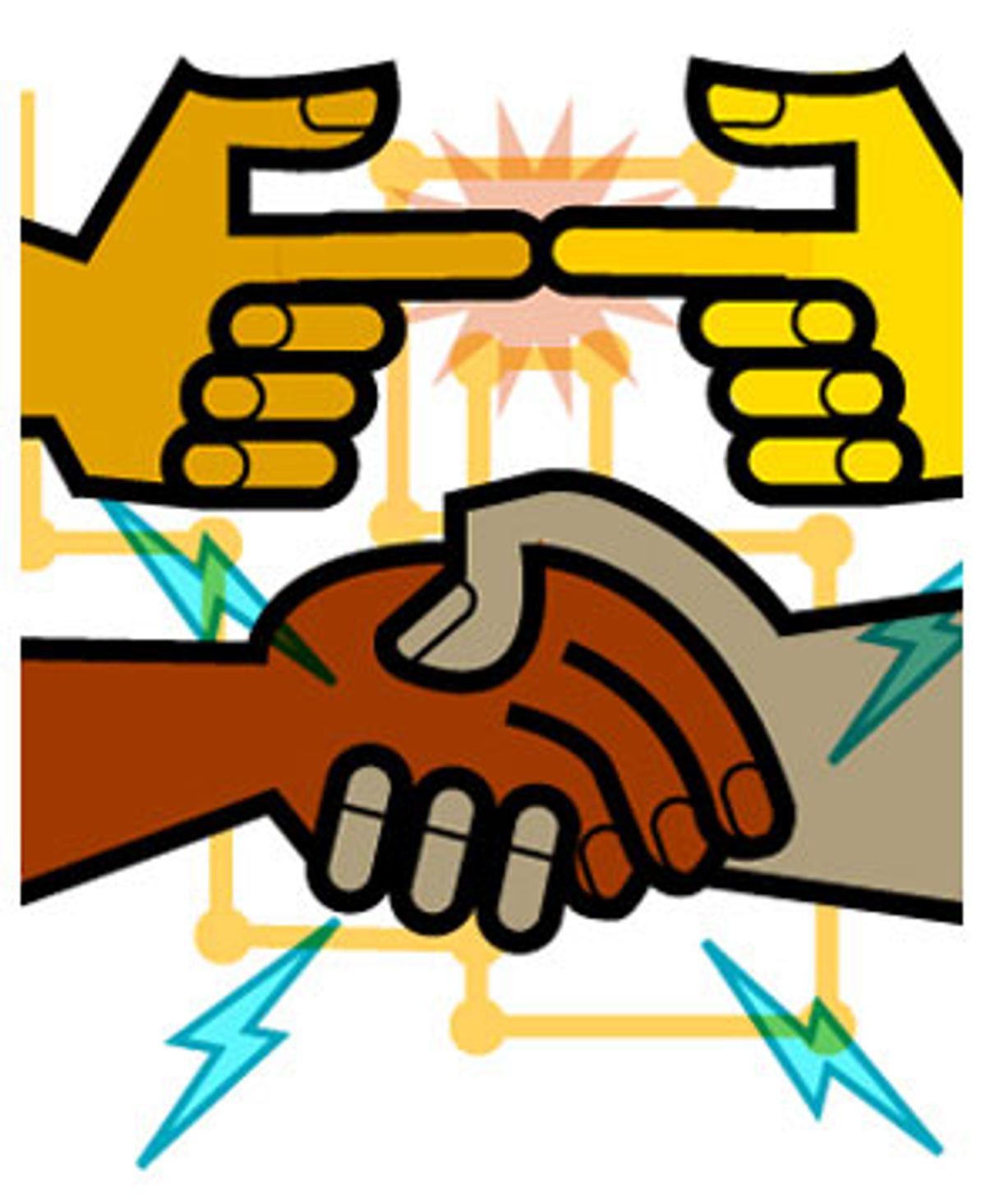 "Welcome to the brave new world of social networking," I tell a group of 30-odd African-American, Latino, Southeast Asian, and white adult students from low-income and underserved communities in the San Francisco East Bay. Six months ago most of them knew nothing about computers, but they will soon be certified computer technicians, having completed a rigorous technical and soft-skills training program at the nonprofit organization called Street Tech that I helped to found five years ago. Today they are learning about social networking.

Despite the relative success of our job placement efforts for Street Tech graduates, some will fail for the same reasons they came to us for training -- they lack education and in-demand skills, or suffer from low self-esteem. For many the transition from street culture to mainstream business culture is a major challenge. Try to imagine the opposite scenario of a white professional moving into an urban ghetto and you can begin to understand.

In addition to good skills and great mentors, what our students really need to succeed professionally is a good social network to plug into. As any successful professional knows, in most cases it is people and not the classifieds that will help you get your next job and the one after that. In fact, jobs are 10 times more likely to be found via a professional's network than on a job board. Thirty-five to 50 percent of hires made by hiring managers come through direct referrals.

It is for these reasons that I have chosen to conduct an experiment in social networking. My thinking is that since people networking is the best way to get a job, perhaps the latest in online social networking tools can be used to help the "unconnected" to connect in ways not previously possible. In other words, can the latest networking technology be leveraged to allow marginalized and disadvantaged folks to build a personal network that allows them to leap over the old boys/girls networks that have traditionally shut them out? If my hypothesis is correct (that social networking can indeed be used as an effective tool for social justice) then we may have stumbled upon something really important and useful here.

So to start this quest I called up the folks at LinkedIn, the premier social networking tool for professionals. To my pleasant surprise they not only seemed genuinely interested in helping out, but agreed to set up a group within LinkedIn for the students, supporters and employer partners of Street Tech. I have been working steadily since then to build out the group and invite as many folks as possible to join it. In theory, the more people you have in your social networking group, and the more contacts that each individual group member has, the greater your chances of connecting with friends of friends that have an appropriate job contact. According to LinkedIn, nearly half of their 600,000 current users are hiring managers.

One of the real advantages I see to a tool like LinkedIn is that it allows the hiring manager to feel more comfortable about a referral because, in theory, the referral is coming from a trusted source -- thus making their chances for success much higher than if that same hiring manager just received a stranger's résumé on his or her desk. Second, our students can use the tool to search out numerous employers at one time and don't have to go to numerous job boards or make cold calls without first having an inside connection. Finally, the Internet is a much safer place for our folks to start out. Here they are anonymous and will not be judged by their physical experience or lack of mainstream professional graces.

No doubt social networking is not the holy grail for the disadvantaged job seeker or social networker. It has numerous downsides. The various online social networking sites were clearly built by the educated elite for the educated elite, not for people of lower socioeconomic status. The current tools are therefore not entirely welcoming and user friendly for those on the far side of the professional divide. The premier sites are not interactive enough, and are not as attractive to younger folks and those who are more visually intuitive.

Ultimately I don't know how this experiment is going to turn out, and I realize full well that face-to-face people skills are far more important than what any online social networking tool has to offer. Landing a job through social networking or any other means is only half the battle. Keeping the job and moving up the career ladder is a much bigger challenge, and one that technology tools cannot fully assist with at present.

But the potential for greater opportunity through social networking is there -- all of Street Tech's students are now linked in to LinkedIn, understand clearly its advantages and disadvantages, and seem genuinely excited about using it and other social networking tools. We won't know how effective the tool is for our folks for perhaps a year or so. In the meantime I am prepared to give it my all because I have witnessed firsthand the power of technology to change people's lives and to bridge the digital divide. Ask any of our many graduates that started out with no computer skills and now are successful computer professionals and they will tell you firsthand.

My hope is that social networking can indeed become a tool for social justice. Maybe then we can begin creating more and better technology tools, not just for the person with the deepest pockets, but for those whose pockets are in most need of filling.

Paul Lamb is Executive Director of Street Tech and a Zero Divide Fellow with the Community Technology Foundation of California.