Why didn't anyone tell me that pregnancy sex is amazing? 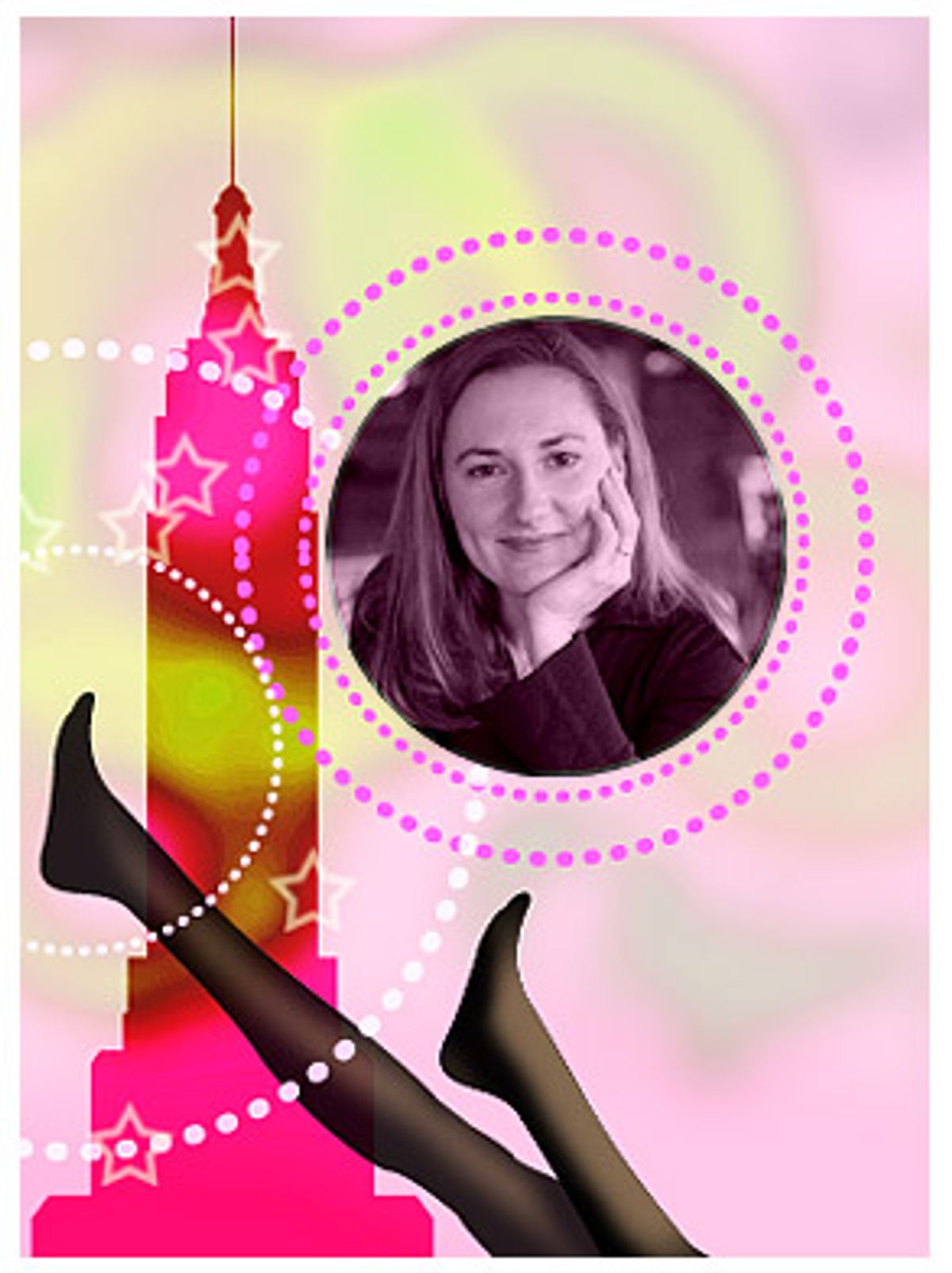 It's summer in New York City, and my husband K. and I have just checked in to the Library Hotel at 41st and Madison. We're on the seventh floor -- Geography & History -- in the Asian History room. Above the bed are black-and-white photos of Mao and Hirohito. City workers are ripping up the sidewalk below, and across the street, behind a row of windows, dozens of office workers sit in tiny cubicles, in front of big computers, doing who knows what.

K. hasn't seen me naked in more than a month. I've been doing a one-semester visiting writer stint at a Midwestern university, and he's been back home in the Bay Area. Meanwhile, I've been packing on the pounds. I have two excuses for this: one, I've been in Ohio, where there's nothing to do but eat, and two, well, that is a bit more complicated.

About three weeks ago I called K. at 6 in the morning Pacific time with the news. I'd just peed on a plastic strip, and the results had been a bit shocking: two pink lines.

We decided to meet in New York to celebrate. Though neither of us admitted it, I think we were also coming together to mourn the end of romance. People say sex tapers off after the vows are exchanged. Three and a half years into my marriage, I beg to differ. But they also say that sex pretty much ends after the first child is born, at least for a year or two, and that, I fear, may be an accurate appraisal. I can't imagine anyone who's old enough to form an intelligent thought coming anywhere near my nipples while I'm breast-feeding.

But I digress. So here we are in the Library Hotel, looking forward to visiting our old haunts -- Rain on the Upper West Side, the Ziegfeld theater, John's Pizza in the West Village. K. goes to brush his teeth while I peruse the books arranged neatly on the bedside tables. The titles don't exactly get me hot: "When the Allies Entered Peking," "The March to Lhasa," "A Leaf in the Bitter Wind: A Memoir." We could have asked for the erotica room, I suppose, but that would have seemed so obvious.

"Let's get this over with," I say, when K. comes back into the room.

Lest you find me unromantic, I'm not referring to the sex itself, but to the unveiling of the stomach. For my entire adult life I have had a 24-inch waist. Now, only two and a half months into the pregnancy, I'm sporting a definite pot belly. I lift my shirt, a bit ashamed to reveal that my jeans are held together with a safety pin at the top, because I can no longer button them. K. grins and pokes my belly. "Hello, fatty."

"Watch it. You're the one who got me this way."

"Are my boobs bigger?" I ask, lifting my shirt higher.

He cups them with his hands, makes a serious face, as if he's really deliberating. "Yes," he says finally. "Your boobs are definitely bigger."

Soon we're under the covers, K. in his boxers, me in my -- well, I used to call them undies, but that is far too dainty a term for what a woman wears when she is pregnant. I am in my underwear. "Let's make out," I say.

The construction workers are drilling on the street, a round-faced Mao is glaring down at us from a photo above the bed, we are kissing and engaging in what the health instructor used to call heavy petting and all of a sudden something happens. This something goes on for about 27 blissful seconds.

To be honest, I've never been a big fan of the multiple orgasm. Once I'm finished, I'm finished, and I'm ready to move on. How much pleasure can one girl take? This, at least, has always been my philosophy. But not today. Today I'm ready for more. "Get out of these," I say, fumbling with K.'s boxers. He happily complies.

We have just gotten into position when it occurs to me that this would be a good time to consult the pregnant woman's bible, "What to Expect When You're Expecting."

"What are you doing?"

I unzip the outside pocket of my messenger bag. "Pregnant sex is different, you know. There are rules."

I bring the book back to bed, check the index under sex, positions for, turn to Page 238, and read aloud. "Side-lying positions are often most comfortable ... Ditto woman on top ... Rear entry can work well, too."

"Interesting," K. says. "Which position would you prefer?"

It isn't necessary here to go into details. Suffice it to say that we do, indeed, try every one of the recommended positions, and every one leads to orgasm. I'm not talking mini-orgasms. Each one is full and lengthy, shaking me to my very bones. By the time we're finished I feel warm and fluid, as if my entire body has melted into the sheets. K. is very patient about the entire thing, although he does seem a bit stunned and exhausted.

"OK," I say, once we've moved on to position three and I have had my multiple fun, "your turn."

Afterward, we lie panting in the big white bed. Outside our window, New York goes about its business, unaware of the phenomenal sex that has just occurred on the seventh floor of the Library Hotel.

"Do you think that had something to do with the prenatal vitamins?" K. asks after we've both caught our breath, "or are you just happy to see me?"

"There must be a scientific explanation."

I consult the book again -- sex, interest in. I flip to Page 234, to the subhead "The Engorgement of Genitals." "It says here that 'increased blood flow to the pelvic area, caused by hormonal changes of pregnancy, can heighten sexual response in some women.'"

"Seven," he repeats, a bit sheepishly.

I can't read his tone. Is that excitement I hear, or terror?

That night, we catch a movie at the Ziegfeld. It's "The Alamo," starring Billy Bob Thornton. It's an abominable movie with no plot or characterization, and very little acting, but there is at least one amusing moment when Billy Bob postpones a bloody attack by standing on the fortress wall and playing the fiddle for the enemy. During the movie, my mind wanders, as it so often does these days.

I begin to think about pregnancy sex, and to wonder why no one ever told me how amazing it could be. Is this a secret women keep because it is too dangerous for public knowledge? Do they fear that otherwise-intelligent, career-minded young ladies would be rushing headlong into pregnancy if they knew the truth? Or is the deafening silence on this issue motivated by more selfish reasons? Is it possible that women are simply stingy with the Multiple O?

I am here to break the silence, to shout it to the world. Pregnancy sex makes any other sex you've ever had seem like a trip to the dentist. Pregnancy sex is enough to make a nymphomaniac blush. You won't need any fancy props, no lacy lingerie or mood music. Just you and a partner in the sack, preferably the one who got you pregnant in the first place.

Another bit of wisdom: enjoy it while it lasts, because every pleasure has its price. Once your 40 weeks of prenatal lust have passed and you have seven pounds of baby flesh clutching at your breast, it may be a very, very long time before your next trip to the magical land of O.