From the doctor's office to the courtroom, immigrants often rely on their bilingual children to interpret for them. Are these kids learning valuable life skills -- or shouldering too much family responsibility? 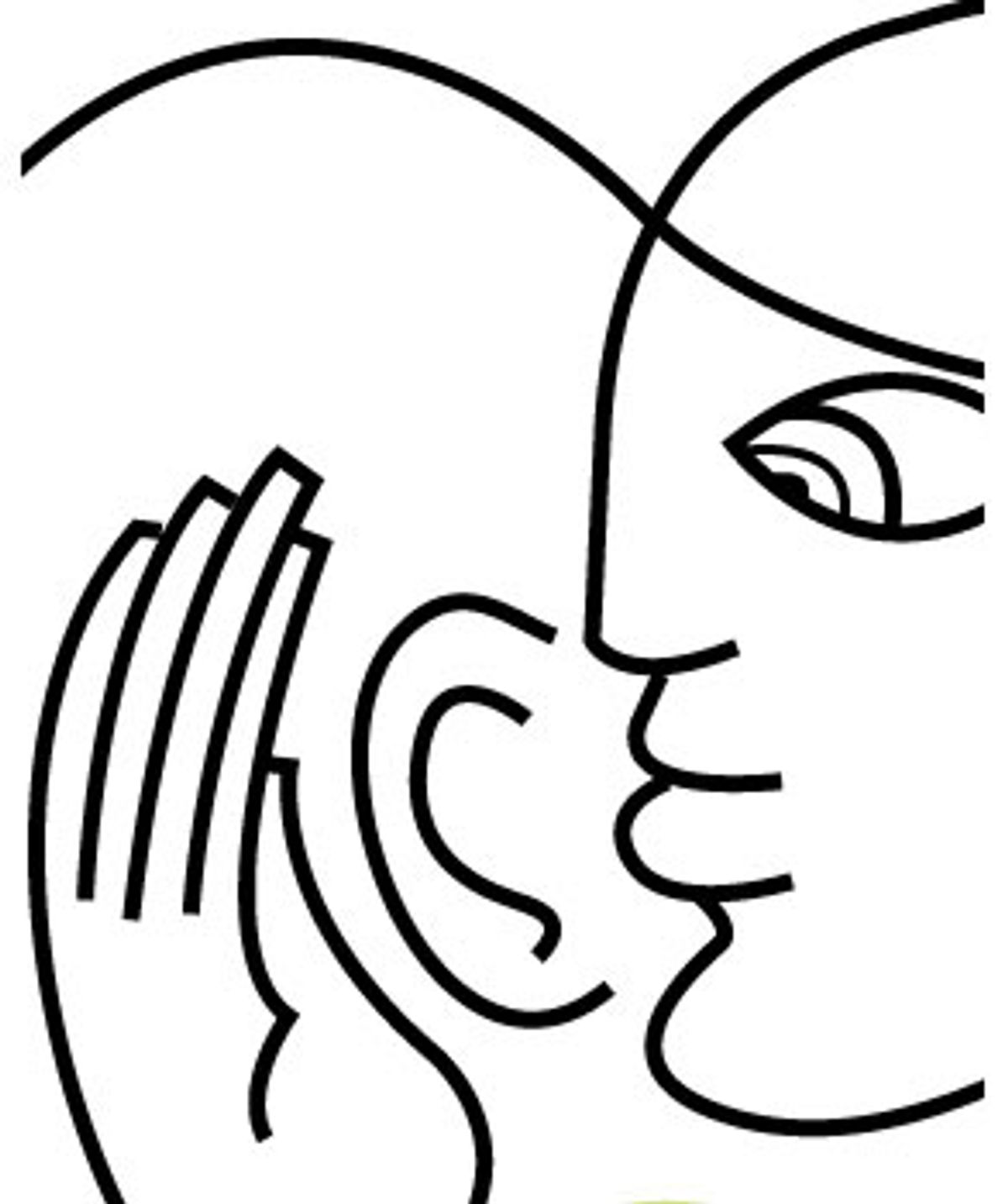 Neisis Santiesteban studies every night, working toward her dream of becoming a real estate broker, answering sample test questions and absorbing the meanings of "amortization" and "actual authority" in the sparse dining area of her small West Palm Beach, Fla., apartment. But the 33-year-old Cuba native doesn't do it alone.

Santiesteban's two sons, 12-year-old Humberto and 11-year-old Orlando Gutierrez, help her by translating items in the test-preparation book from English to Spanish. They drill her with questions -- like "What is the right to rescission?" -- and if she doesn't know the answer or recognize a word, the boys look it up and break down the definition into digestible Spanish bites, often going over a term several times to perfect her pronunciation.

"They help me with the questions, but it's hard because they don't understand all the laws," Santiesteban, who moved to the United States eight years ago, said in Spanish. "We try to look them up, but sometimes I get stuck," says Humberto, a stocky seventh grader.

With 31 million foreign-born people living in the United States -- 11 percent of the population, according to the 2000 census -- Santiesteban's kids aren't the only ones acting as their parents' interpreters. The country's "limited English-proficient" population has ballooned from 6 percent in 1980 to 12 percent in 2000 -- meaning that around 25 million adults depend on their kids to help them understand everything from school permission slips, telemarketers' pitches and food labels to bills, job applications and doctors' prescriptions. According to the U.S. Department of Labor, there are more than 24,000 translators nationwide, but there still aren't enough to represent the more than 300 languages spoken in the United States. And many immigrants are uncomfortable with the idea of translators to begin with -- preferring to speak through their children rather than share intimate details of their lives with strangers. (Illegal immigrants tend to resist professional interpreters because they worry they might reveal information that would spur their deportation.)

"From the moment they land in the United States, many immigrant parents and children reverse roles," said Mojdeh Rohani, social services coordinator at the International Institute of Boston, a nonprofit agency that helps recent refugees and asylees adjust to life in the United States. "Children find out how to get the phone bill paid or help their parents take the bus. Lots of young children are helping their parents resolve housing and immigration-status issues."

Immigrants' kids say they would rather help their parents than see them use strangers to make themselves understood, but translating information that can affect the well-being of their families -- applications for food stamps, medical history forms -- can be a huge responsibility. Young interpreters can be privy to sensitive information -- the details of a parent's illness, for instance, or debt problems -- when accompanying their parents on trips to obtain social services or to deal with legal issues. Rohani said children of refugees or asylum seekers can learn particularly disturbing information -- including accounts of their parents' torture or rape -- in their role as go-betweens. "I've known many women who've had to share their experiences with their children because they have no choice," she says. "How do you tell your 11-year-old you've been raped? It's such a negative thing for a child to hear. But it happens a lot."

Not all kids are asked to interpret information that serious, but even a trip to the grocery store can be frustrating. And young interpreters can wield a great deal of control within their families, undermining their parents' discipline. "Kids can be very angry and impatient with their parents," said Guerlie Belizaire, a family counselor at the Haitian Center for Family Services, a nonprofit agency that provides resources to Haitian families, in Belle Glade, Fla. "It can be not only embarrassing, but very frustrating to help them. It takes a lot of maturity." A child can take on the role of family financial manager, for example, negotiating rent payments with the landlord and admonishing parents when they make missteps at the bank. "Some of the children who translate for their parents think they can reprimand them," said Marigdalia Rodriguez, a family service specialist at Head Start in West Palm Beach, Fla., who educates families in need of social services about available resources. "They say, 'Be quiet, Mom -- you don't know what you're talking about.'"

Maria and Roberto Garibay of Torrance, Calif., both machine operators, depend on their English-speaking twin 13-year-old sons, Felipe and Ray -- even though the Mexican transplants have lived in the United States for more than 20 years. "We ask them to help when we're going to the bank or making an appointment," said Roberto in Spanish, while watching a soccer game on TV in his cozy living room. "If we don't know how to say something, we ask them to speak for us." The twins have acted as their parents' English voices for so long, it's become routine. "We have to do it all the time," said Ray. "It's, like, normal."

Over the years, the Garibays have learned bits of English from their sons, but they haven't found time to take formal courses. Many immigrant parents -- some of whom juggle multiple jobs with odd hours -- can't afford to spend several hours a week in a classroom. "Sometimes I'm embarrassed that I don't speak English," Maria said. "I'd like to learn someday."

Esperance Joseph, 13, often morphs into a mini-mom with her 11-year-old brother, Emmanuel. The North Miami seventh-grader monitors his homework and grades because her Creole-speaking mother, Marie, can't read them. Yet she said her mother, who emigrated from Haiti 17 years ago, still rules the roost. "I can't take control," Esperance said. "Only she can say what goes."

Esperance said she once stopped short of lying about a bad grade she had received, recognizing that her mother would eventually find out. But many kids can't resist taking advantage of their linguistic prowess by inflating grades or tweaking teachers' negative comments. "I did that, like, once," said Ray Garibay, sitting in his living room surrounded by family portraits and academic trophies. "At a parent-teacher conference, my teacher said I talked too much. I told my mom, 'She says I'm a good student and participate a lot.'" At first Ray's mother bought the act, but eventually he confessed. "I didn't want to lie to her," he said. "I knew she would find out."

Some parents need their children to help them during school hours, but Marie doesn't let Esperance miss class to interpret. "A child's business is to go to school, not to pay bills," she said in Creole, through a translator. Still, she admits she depends on her daughter to interpret her job applications. "I'm not embarrassed to say that she helps me," she said. "She's my daughter and I'm very proud of her."

But young interpreters can resent their parents for asking them to miss out in school and social activities. "Sometimes I wish my mom would learn English, because I need to go to school," said Rosa Pedro, 11, of Lake Worth, Fla. "We learn a new lesson every day." Rosa manages to maintain A's and B's but often misses classes to interpret for her Guatemalan Mayan mother. Rosa's mother, Maria Mateo, wishes she didn't have to rely on her daughter but believes she has no choice. "It would be easier if I had someone else to turn to, but there's only my daughter," she said, in Conjubal (a Mayan dialect) through an interpreter. "It's wrong to take her out of school, but what else can I do?"

Some kids look forward to skipping school or dodging homework to help their mothers pick up food stamps or to pay bills, without realizing that the assignments they're missing will add up. "Young kids think, 'Oh, great, I get to get out of school early!'" said Dinny Paulino-Rodriguez, program director of Sociedad Latina in Boston. "But it's not great, because they're having too many absences and missing too much work."

Costa Rica-born Lucia Cortes of West Palm Beach, Fla., tries not to rely on her daughter, 13-year-old Diana, too much. "Most of the time, I try to use bad English," Lucia said. "But when I need her, my daughter helps me a lot." Diana recently helped emergency medical professionals determine why her sister's body had erupted with red bumps. (Turned out, Alex, 9, was allergic to the family's new living room paint.) Lucia preferred to let her daughter talk for her, rather than try to explain herself in broken English. "The doctors don't have the time to listen to me," she said. "They don't have the patience." Diana, an eighth-grader, doesn't mind: "I like to be around adults," she says. "But I don't have phone calls with friends after school."

Eight states have, or are considering, healthcare-related interpretation policies, according to a 2002 National Conference of State Legislatures report. But the cost of good interpreter services can be prohibitive. The Office of Management and Budget reported in 2002 that the annual cost of interpretation services in the nation topped $267 million, covering 66.1 million emergency-room, inpatient, outpatient and dental visits. Rates for services range from $25 to $60 an hour for professional interpreters to $130 or more for telephone language lines, on which a doctor and patient can hear United Nations-like simultaneous interpretation.

The California Legislature is also grappling with the issue, debating a bill that would ban state agencies and organizations that rely on state funding from using children as interpreters. The bill would mandate them to seek out professional or volunteer interpreting services, community groups or older family members to translate. Leland Yee, 54, the San Francisco child psychologist and California state assemblyman who introduced the bill, was himself an interpreter for his parents growing up, and says he remembers "walking on pins and needles" while dealing with his family's immigration attorneys. "I was worried that I was going to say the wrong thing," he said. "It's not fair to burden kids with the big responsibility of translating. It deprives them of their innocence."

But Santiesteban, the West Palm Beach mother, doesn't think that her children's role as interpreters burdens them -- in fact, she sees it as a life skill. "I'm envious of how well they speak the language," she said in Spanish. "I know speaking two languages will help them find good careers." Both exceptional students, the Gutierrez brothers are optimistic about the future. "I want to become a doctor so that when my mom gets sick, she doesn't have to pay for medicine," Humberto said. "I want to be able to use Spanish and English. I might even learn French."

Cara Nissman, a former youth and family reporter for the Boston Herald, is a freelance writer based in Florida. Her e-mail address is cnissman@jkraft.net.